Become a Member
Ad
Indian documentary has a well-established ‘communal riot anatomy’ genre. This category comprises films that investigate the build-to a sectarian conflagration and present a version of events that differs from government claims and media reports. Such documentaries are audio-visual versions of the state-appointed commission that is typically headed by a retired judge and whose conclusions are usually ignored. These films retrace the bread crumb trail that begins with provocative speeches and statements and inflammatory media reports and winds up at refugee camps, where evidence and testimonies about targeted violence are collected and preserved for posterity.

Nakul Singh Sawhney’s Muzaffarnagar Baaqi Hai follows in the footsteps of such documentaries as Kya Hua Is Sheher Ko? (by Deepa Dhanraj), In the Name of the Father (by Anand Patwardhan) and Final Solution (by Rakesh Sharma). Sawhney’s 136-minute long documentary is set in the aftermath of the communal riots that broke out in Muzaffarnagar and Shamli in Uttar Pradesh in August and September two years ago. Sawhney travelled to the western Uttar Pradesh districts soon after the riots, which killed over 60 Muslims and Hindus and drove several Muslim survivors out of their homes and into refugee camps. He interviews survivors, local residents, and activists and leaders of all hues to understand the conditions that contributed to the situation. The documentary has been screened privately a few times, and Sawhney hopes to circulate the film more widely in the coming months.

Muslim survivors baldly speak of slain family members, destroyed houses and businesses and the tattered social fabric. They tell stories of friends and classmates who became enemies overnight, neighbours who have stopped visiting for Id celebrations, and repeated jousting with members of the majority faith in the months leading to the riots. Unorthodox Muslims speak of being squeezed between radical elements from their religion and communalised Hindus. What was reported at the time gets further backing from the testimonies of the Jat, Muslim and Dalit residents of the districts: the Bharatiya Janata Party appears to have engineered the situation to win the general election of 2014 and elevate Narendra Modi to the nation’s prime ministership, and it succeeded all too magnificently.

Sourced footage rewinds to the incendiary and poisonous campaign waged by BJP leaders such as Sangeet Som, Suresh Rana and Amit Shah, the repeated claims of Hindu women being violated by Muslim men that created an atmosphere of mutual mistrust and hatred, the alleged sexual harassment incident that sparked off the riot, and the inability of the state administration to control the situation. Shot between September and the general election in April, the sprawling film also delineates the social and economic currents that have influenced local politics down the years. It reveals how electoral realignments put paid to the solidarity among farmers over agricultural matters, such as the price of the leading cash crop sugarcane, and how the anger over the neglect of the ruling Samajwadi Party and the erosion in the support base of the region’s leading political party, Ajit Singh’s Rashtriya Lok Dal, directly contributed to the BJP’s vote share. The riots were the final nail in a coffin that appears to have been prepared over a decade ago.

Nobody is fooled by the BJP’s pot-stirring, not even the family members of one of a handful of Jat men killed by a Muslim mob.

There is no doubt that “the BJP came to power because of the riots,” says the victim’s father. Sawhney has previously directed the engrossing documentary Izzatnagari Ki Asabhya Betiyan, which examines honour killings and the influence of the khap panchayats in Haryana. The 32 year-old filmmaker found parallels between Haryana and Uttar Pradesh. In both places, the bogey of the violation of female honour has played an unmistakable role in maintaining tensions. In Haryana, men and women are denied the opportunity to choose their partners, while in Uttar Pradesh, anxiety over wayward wards being seduced by young Muslim men helps justify segregation, physical attacks, and, ultimately, a massacre. 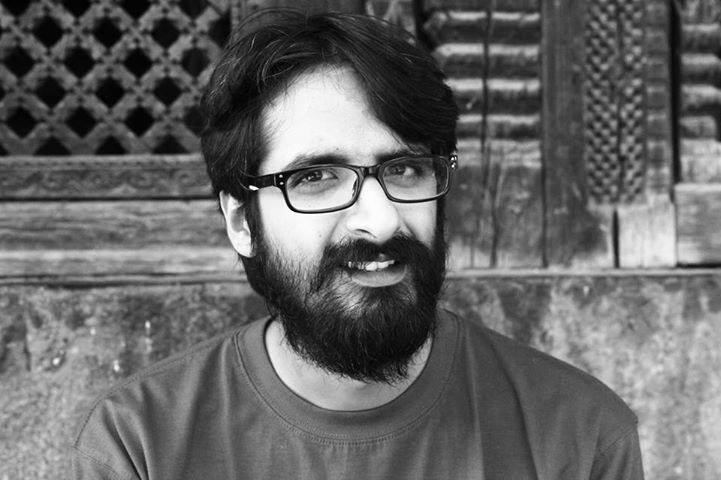 “Muzaffarnagar Baaqi Hai is like a sequel to Izzatnagari, in one sense,” said the Delhi-based filmmaker. “When I was working on Izzatnagari in 2011, I had also gone to Muzaffarnagar to find out what was happening in the Jat belt outside Haryana. My instinctive reaction then was that the social conservatism that Jat identity politics was beginning to represent, such as not allowing people to marry out of choice, and controlling women’s sexuality, could easily slip into Hindutva politics.” Sawhney had met the late Mahendra Singh Tikait, the leader of the influential Bharatiya Kisan Union who in later years came out in support of khap panchayats and made casteist remarks against Bahujan Samaj Party leader Mayawati. “It was evident that he was playing to that gallery,” Sawhney observed.

The transfer of Hindu Jat votes to the BJP has taken place at the expense of Ajit Singh’s RLD. Left parties and the BSP have also lost their relevance for voters, and only the BJP’s rhetoric, however negative and divisive, seems to make sense for the region. There are obvious parallels with Gujarat and Maharashtra, where communal riots have steadily contributed to the BJP’s image as the sole protector of Hindu interests even before the horrific events of 1992-93 and 2002 respectively.

“The massacre in Muzzafarnagar was the turning point for the BJP in Uttar Pradesh,” Sawhney said. The party’s brazenness in exploiting and misrepresenting fears that have an economic base is the result of a past history across India, whether in Delhi or Mumbai or Gujarat, of “never having been able to satisfactorily address communal violence and bring the perpetrators to justice”, Sawhney said.

Previous documentaries about similar such bloodied chapters in post-independent history in Hyderabad, Delhi, Mumbai and Gujarat influenced Muzzafarnagar Baaqi Hai’s form. “I was joking with a friend that Rakesh Sharma’s Final Solution begins with a child, as does mine. He shows the BJP celebrating its victory, as do I. There are subconscious influences.” For much of its running length, the documentary is guided by inquiry and investigation, but towards the closing moments, Sawhney allows himself the indulgence of romanticism. A scraggle of leftist organisations carry posters emblazoned with Bhagat Singh’s visage and revolutionary slogans, raising the banner for a working class solidarity that has all but vanished. “People have told me that the closing bits are my love song to the Left movement, but I haven’t tried to exaggerate the scale of their organisation,” Sawhney said. “I could have finished the film with Narendra Modi’s swearing in, but where are we headed after this?” The answers might be too difficult to contemplate.