Contribute Now
Ad
At the age of 25, I became overwhelmingly aware of my mortality. It was 2012 and I had just returned from the United Kingdom after spending six years there arming myself with three degrees from world-class institutions and the title of “Barrister-at-Law”. “I am destined for great things,” I used to tell myself every day. Attaining power, wealth, influence and fame had become my raison d’être in life.

On February 7, all that changed. I was given a title by the Head of Nephrology at Bengaluru’s Manipal Hospital that I had never heard of. He referred to me as a “CKD Patient”. CKD stands for Chronic Kidney Disease.

For four months, I had been putting off visiting the doctor though I was vomiting nearly every day. At the time I was obsessed with passing a set of exams that would qualify me as a lawyer in India. When I did finally meet the family physician, he ordered a series of tests that came back with ominous results.

In addition to alarmingly high blood pressure, my creatinine level, which is an important indicator of the functioning of kidneys, was 16 whereas the normal level is between 0.8-1.3.

I was immediately admitted to the hospital and the verdict was in: “You have chronic kidney disease. We suspect it’s irreversible. As the function of the kidneys is to purify the blood and remove toxic wastes from your body, and both your kidneys have failed, we’re going to have to start you on dialysis immediately…you’re still young so in the long term the best option is to go in for a kidney transplant.”

Soon after, the procedures began and there seemed no end in sight for a while. A temporary catheter in the neck for immediate dialysis; a urinary catheter to combat an obstruction in my bladder; a kidney biopsy – by inserting a needle through my back – to ascertain the reason behind the kidney damage; a catheter in my peritoneum for peritoneal dialysis; regular injections of enema as I had not moved my bowels for several days. The list went on and on.

After three excruciating weeks, I was finally discharged. But then, the dialysis and all its accompanying complications began in earnest.

Dialysis is a process for removing waste and excess water from the blood, and is used primarily as an artificial replacement for lost kidney function in people with renal failure. Doctors will often tell you that you can live a long and “healthy” life on dialysis. They even discourage elderly patients from getting a kidney transplant. But for me the dialysis was just not working. The numbers were as bad as ever.

I used to sweat profusely and get cold chills throughout the day. Patients on dialysis should consume no more than a litre of water a day. I was consuming eight litres every day because I was losing eight kilograms of body weight daily from the sweating. In peak summer I used to sleep with two heaters on to combat the cold chills.

The doctors decided to act and a decision was made to switch to a form of dialysis known as Haemodialysis. They created what is known as an Arteriovenous Fistula in my right hand, which is a connection or passageway between an artery and a vein. To this day, it is this procedure that haunts me since it was done under local anaesthesia (I was awake) and currents of electricity were passed through my body to prevent it from going into shock.

Even five hours of dialysis for four days a week, for several months on end yielded only limited success. I was able to lead a normal life for about half a day before the onset of the cold chills and sweating. “There is no solution,” I would say to my father who had stood by me through this ordeal despite being diagnosed with cancer himself. “There is a solution, and that solution is a kidney transplant,” he would say to me countless times.

But pursuing this solution in India meant having to sacrifice every principle that I had stood for in life.

The quest for an organ

In 1994, Parliament passed the Transplantation of Human Organs Act, essentially putting a stop to the thriving organ trade in India. Despite being a legal academic, I do not feel that I can be objective or rational in making the case for, or against, legalising the organ trade in India given how invested I am in the issue. What I will say is that the Act makes it virtually impossible for an individual to get a kidney from someone who is a non-near relative.

The Act defines a near relative as a spouse, son, daughter, father, mother, brother, sister, grandparent or grandchildren. Four people in my case met the definition: my father, who was my blood type but had cancer and was diabetic, and my mother, grandfather and grandmother, who were diabetic and the wrong blood type.

Organ donation from a person who is not a “near relative” requires to be cleared by a State-level Authorisation Committee. Getting such authorisation is almost impossible as the Committee asks for evidence in the form of photographs and documents of the “bond” between the non-near relative and the patient. None of my close friends were the right blood type and even if they were, producing such evidence was not feasible.

My family and I were left with two choices: buy a kidney using the services of a broker, an offence punishable with a maximum sentence of 10 years in prison, or go to a country where the process was less cumbersome. We had no option but to seriously consider taking the “buy-a-kidney” route. Brokers will not only provide you with an organ donor, but will offer to create evidence of a bond between you and the stranger, evidence that you can then produce before the State Authorisation Committee to get clearance.

By a stroke of luck, in April 2013, my father chanced upon a gentleman whose mother had had a kidney transplant in Sri Lanka. He came to me with the idea and as always I had only one question: “Will we break any laws?” He made it clear to me that my doctors had told him that now was the time to make a choice. “Do you want to live?” was his pointed question to me.

The only other option was to wait for years in the hope that I would get a kidney from an individual who was brain-dead. But given the organ shortage in India, coupled with the fact that my body was rejecting the dialysis, the choice was simple: Get a transplant or perish. Abandoning my principles, I chose to live.

I went to Sri Lanka. I got the transplant. I woke up on May 13, 2013. The sweating had stopped. It was time to start anew, afresh. That is what I told myself. 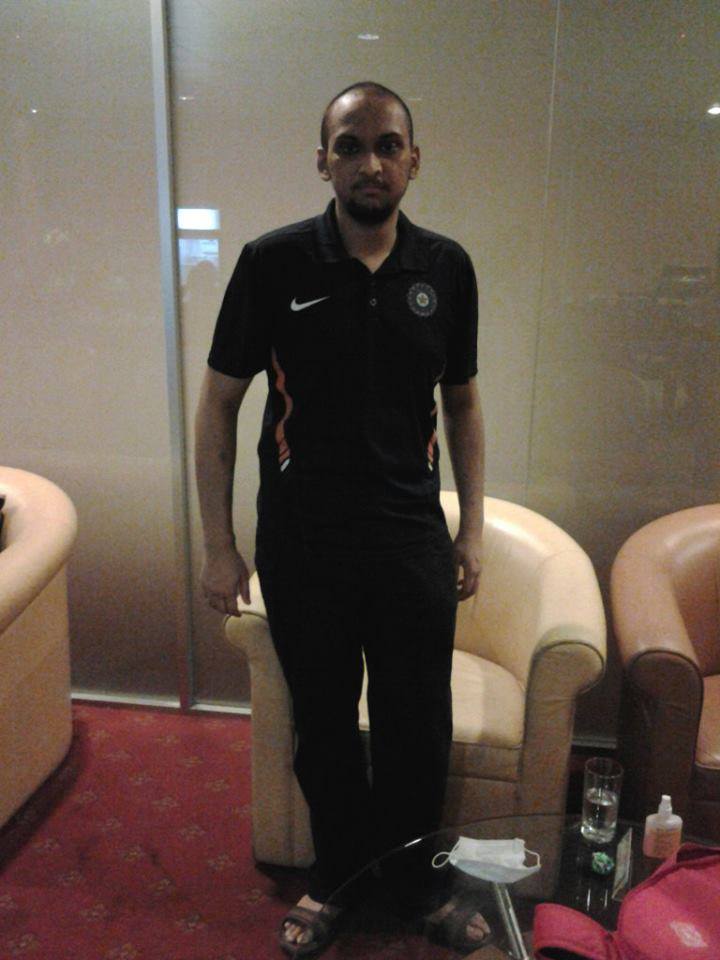 The greatest gift of all

In the days following the transplant, I was euphoric. I was carefree and all those lofty goals that I had set myself seemed irrelevant and immaterial. Although I had to spend six months in isolation and take upwards of a dozen medicines daily – something I still do to this very day – I was upbeat. In January 2014, I became a “productive” member of society again as I commenced work as a professor at one of India’s up and coming law schools.

But the issues and problems that irk “normal” healthy individuals started to affect me once again. I had issues with my boss, my colleagues, the workplace politics and life in general. I am lonely and have been moping around for the last few months about a member of the opposite sex. All of this prompted a close confidante of mine to chide me. “Hasn’t the ordeal you’ve been through made you a better person?” he asked me.

I have come to realise that it really has not.

Undoubtedly the organ I received gave me a second chance, but not at leading a life filled with altruism and a sense of gratitude. The organ I received has given me the chance to lead my life on my terms, and that includes making mistakes, being insecure, getting your heart broken and caring about what people think of you.

I came across this saying, post-transplant, that has had a profound impact on my approach to life since: “In life there are no fresh starts, only empty restarts.” By giving someone an organ, you are giving them the opportunity to restart their lives. As uninspiring as that might sound, for this organ recipient, that is the greatest gift of all.

To become an organ donor go to http://www.giftyourorgan.org/index.html