Contribute Subscribe
Ad
A large reader base across the Internet ­– led by Neil Gaiman and Ursula Le Guin – has been awash with grief since the leading British fantasy author Terry Pratchett’s died on Thursday, March 12. Pratchett, the author of the cult series Discworld, among others, was only 66 and had been suffering from a rare strain of early-onset Alzheimer’s disease for the past eight years. 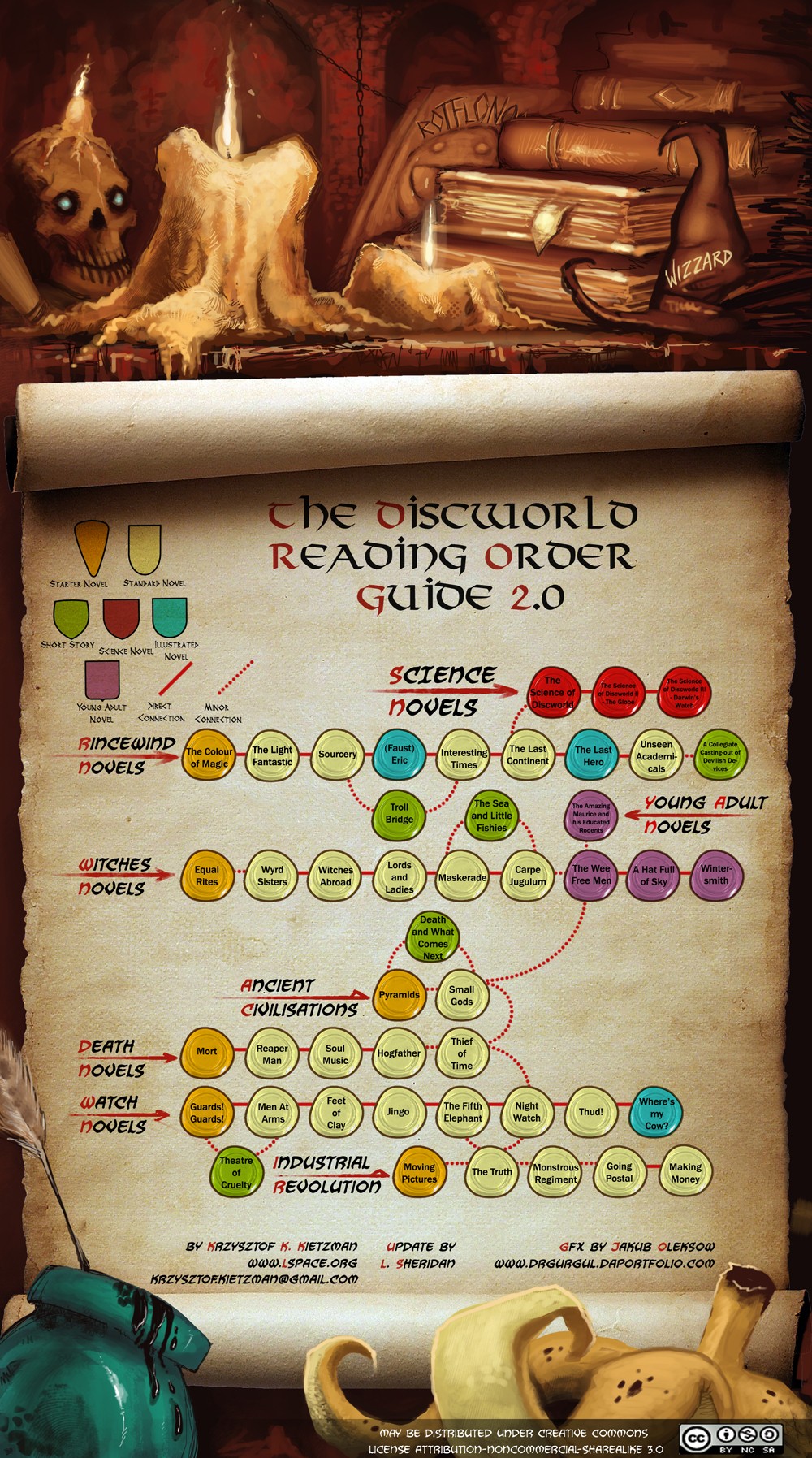 It is difficult to view Pratchett’s passing with a narrow sense of doom and gloom, given the author’s own warmly witty and humane depiction of Death in his Discworld novels. Pratchett’s Death does not punish or reward; he passes no judgement upon a life lived, and over the series he grows increasingly meditative and caring about his role in the universe (or the multiverse, since it’s the Discworld we are talking about) – in some of the finest passages about mortality to be found in fantasy or any other fiction.

There is no doubt that Pratchett lived by what he preached to his millions of fans, for the first announcement of his passing takes the uppercase voice of Death from the Twitter account he jointly ran with his assistant Rob Wilkins: ‘AT LAST, SIR TERRY, WE MUST WALK TOGETHER.’ (It is followed by ‘Terry took Death’s arm and followed him through the doors and on to the black desert under the endless night.’) The gentle note of humour is never missing, nor is the sense of triumph and continuity at the face of every eventuality – even death.

So, if you’re feeling a sense of loss – whether you’re a lifelong fan, just getting into Pratchett’s works or happened to hear his name for the first time – what are you to do to mourn his passing? First of all, do not mourn. Try some of these options instead:

Read (or re-read) a copy of Reaper Man for one of the wisest, sanest, funniest and most deeply moving expositions on death to be written in our times.

Join an increasing international community of fans by raising a glass (scumble, beer, soft drink, water... really, anything you can lay your hands on) and posting about it on Twitter with the hashtag #ToastforTerry or at the Facebook event Toast for Terry.

Wear a lilac for commemoration. (You are eligible, for you were there.) Or any common flower that grows in abundance over your walls.

Read (or re-read) Neil Gaiman’s final article on Pratchett, his friend, released for the first time in August 2014 at the Discworld Convention in Manchester, UK and published on the Guardian the next month. Yet another raging, undefeated celebration of life, death and the circumstances of dying slowly, for ‘Terry Pratchett is not one to go gentle into any night, good or otherwise.’

In a final note: “Do you not know that a man is not dead while his name is still spoken?” So remember. Just remember.

Monidipa Mondal lives and writes in Calcutta, India. She will attend the Clarion West Writers Workshop in 2015.