Contribute Now
Ad
Eye-witness testimonies to a commission inquiring into an encounter between security forces and tribals in Chhattisgarh’s Bijapur district that took place three years ago and left 17 villagers dead suggest that the police fired without provocation.

Scroll.in has copies of the testimonies of both villagers and key officers involved in the event, which took place on June 28, 2012 in Sarkeguda, Kotteguda and Rajpenta villages. These testimonies support the villagers’ claims that they were at a meeting to plan a tribal sowing festival, and were unarmed, over the claims of the officers, who said the villagers were Maoist guerrillas who fired at them.

“During the meeting, the police came and started firing from all directions, shouting ‘pakdo, firing karo (catch them and fire),” said Sarke Pulayya, a 22-year-old resident of Sarkeguda village, in his testimony to the inquiry commission. “We shouted that we were villagers, but they still did not stop.”

The encounter took place at night in an open field between the three villages. The morning brought to light the blood-soaked bodies of young people lying on a sheet of tarpaulin. Of those killed, three were teenagers. The security forces incurred no casualties. Many villagers were injured, while the testimonies raise questions about the causes of the injuries sustained by some of the policemen.

The inquiry commission, instituted under retired high court judge VK Agarwal, has completed the examinations and cross-examinations of villagers and several Central Reserve Police Force officers, including the deputy inspector general of police who led one of the teams, S Ilango. The testimonies raise questions about the veracity of the police claims and highlight a number of discrepancies in the official version.

The Central Reserve Police Force claimed that its troops exchanged fire with armed Maoist guerillas on the way to the neighbouring village of Silger where they aimed to bust a Maoist hideout. But villagers said they were attacked without provocation while they were in the midst of a late-night meeting to discuss preparations for Beej Pandum, a tribal festival marking the onset of the sowing season.

‘Firing from all sides’

In their testimonies, all the villagers examined by the commission narrated a common sequence of events leading up to the firing.

On the night of June 28, in anticipation of the Beej Pandum festival, leaders and priests of the three neighbouring villages called for a meeting to discuss arrangements for celebrations. Around 60 to 70 people, including young boys and girls, attended the meeting in what they describe as a common open ground surrounded by the three villages.

Villagers claim they were not really using any lanterns for light during the meeting. Around half-way through, they heard sounds of gunshots and claim they were being fired upon from all sides.

“I was at home, and from home itself I saw that the police were firing from all sides,” said Ritha Kaka, a 21-year-old resident of Kotteguda village, in her testimony.

Kaka, whose house overlooks the ground where the firing occurred, said she was able to witness the incident from her open door. For a brief moment after the firing, she said the maidan lit up – possibly from the para bomb fired by the police for light. “I saw the police gathering the bodies. I saw the police beating the remaining villagers,” said Ritha. 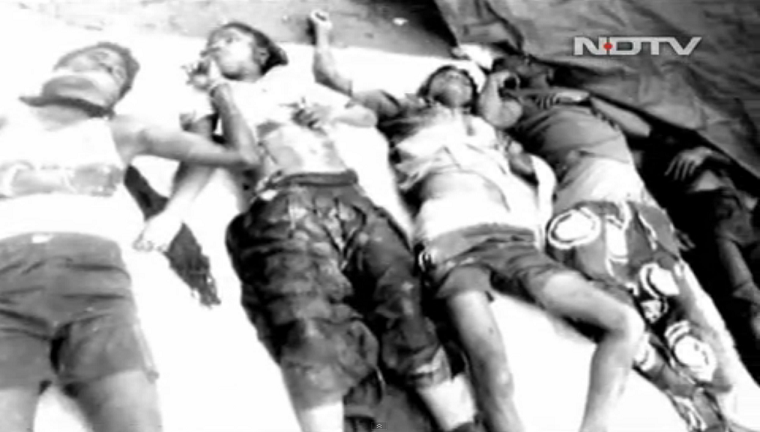 Among those killed in the Sarkeguda encounter were young boys and girls. Source: NDTV

Villagers who survived the firing claimed they had rushed indoors to take cover, and only came out in the morning, when they allegedly heard another round of gunshots. When the villagers finally stepped out of their homes, they saw the police taking away the body of a villager called Irpa Ramesh. “After the incident we went to the crime scene and we saw that medicines, clothes, cartridges were lying around and so was blood,” said Sarke Babloo, another Sarkeguda resident.

A group of villagers then met the local sarpanch and went to the nearby Basaguda police station to get some clarity on what had happened. It wasn’t until evening – and up to the next morning – that the police started handing over the bodies of the dead.

A total of 17 villagers had died in the firing, including 15-year-old Kaka Rahul, 17-year-old Kaka Saraswati and 16-year-old Madkam Ramvilas. Two men were missing – Madkam Soma and Ritha Kaka’s brother, Senti Kaka. After hours at the police station, their families were told that the duo had been taken to a hospital in Raipur. They were later arrested and jailed in Dantewada on charges of being Naxalites.

‘We could not see who we were shooting’

CRPF personnel of different ranks, on the other hand, painted very different pictures of the incident in June 2012 during their cross-examinations by the inquiry commission.

According to them, senior police officials decided to carry out a secret night operation from Basaguda to Silger after getting intelligence about Naxal activity in Silger. CRPF officials claimed they set off from Basaguda in batches, marching silently on foot on the forest road connecting one town to the other.

There were four teams of policemen involved in the operation, and in his testimony, DIG Ilango claimed he was leading a team of 43 members. Head constable Gyanendra Prakash, however, has claimed he was one of the 196 members of Ilango’s team.

The testimonies of the lower-ranked officials indicate that after marching for around 90 minutes, they heard sounds of gun fire and in self-defence, they began to fire back in the direction of the sounds. A few minutes into the firing, many of the personnel said they suffered injuries and were helped out of the area by their colleagues. The officials also claimed that on account of the dark night, they could not see who they were firing at. 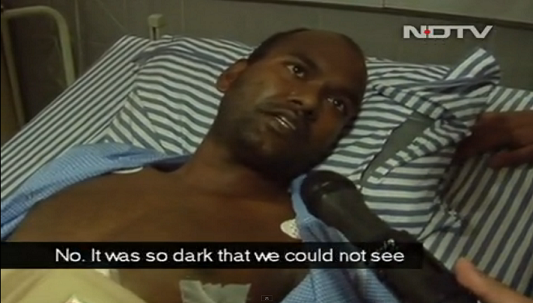 “It was dark in the jungle at that time…We fired in the direction from which we had been shot,” said Gyanendra Prakash in his testimony. “We did not see who we were firing upon. I don’t know who fired the first shot.”

While Prakash claimed he did not hear any shouts or screams before the firing, two other constables told the inquiry commission that they heard Hindi swear words and exclamations of “Police, police, fire karo” before the shots began.

The lower-ranked officials also insisted that the place at which the incident occurred was in the midst of a forested area with lots of trees. “I don’t know that this incident took place between Sarkegauda and Kotteguda. I don’t remember that the place was like an open ground,” said Wahidul Islam, one of the officials in Ilango’s party. “I don’t know personally whether the dead were Naxals but that is what we were told later.”

DIG Ilango’s testimony, however, contradicts some of these major claims. Unlike the officers and constables under him, he has stated in his cross-examination that the incident took place in an “open area between two forest patches”, although he insists it was not in an open field in between the three villages.

The firing began, he said, a few minutes after his party heard some movement and sounds that betrayed the presence of people in the vicinity. “As a matter of abundant precaution decided that we should change the route slightly to the north….after deviation and marching for about 5-6 minutes, we heard the sounds of gunfire,” said Ilango in his testimony.

This is the opposite of what a number of lower-ranked officials claimed in their testimonies – constable Krishna Kumar Khatri, for instance, specifically stated on cross-examination that “it is wrong that we had turned left and walked six minutes just before firing”. 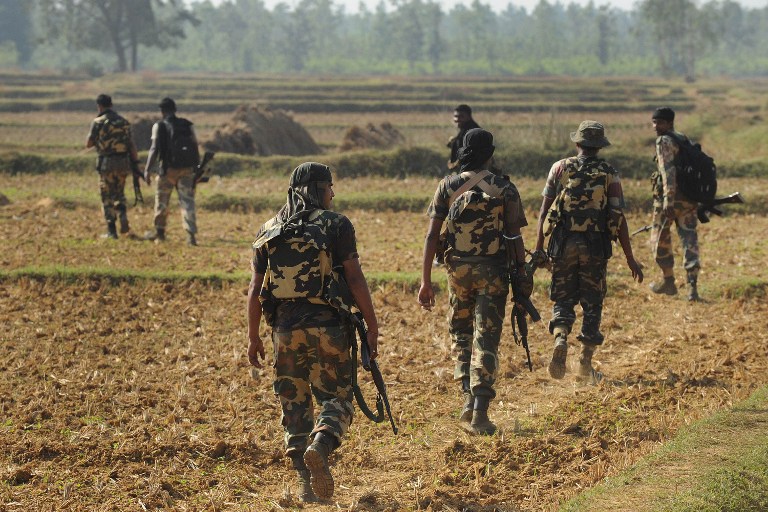 Ilango, unlike his troop members, also claimed that “it is not true that they [his troop] could not tell who was firing at them”.

The DIG claimed he had no knowledge of the details of the names and ages of the people who were killed in the firing. As per the transcript of the cross-examination, the inquiry commission showed Ilango several photographs of the wounds on the bodies of the dead, but the DIG repeatedly claimed he had no explanations for how the victims could have got those wounds. This included the photograph of a victim whose bullet wounds clearly indicated that he was shot from the top at close range while kneeling.

The various constables injured in the firing also admitted to numerous discrepancies between the hospital records and their previous testimonies about the nature of their wounds. Soon after the incident, for instance, Wahidul Islam claimed in a police statement that he was injured on the right side of his chest, but he later told the inquiry commission that he suffered wounds on his left torso and right elbow. Constable Arnav Ghosh’s hospital record notes an injury on his left leg, but he told the commission he was injured on his right toe.

In the midst of the judicial commission’s lengthy inquiry into the Sarkeguda case, Chaudhry and other lawyers and villagers are concerned about the situation of the two injured villagers – Madkam Soma and Senti Kaka – who are still under-trials in Dantewada jail, far away from their homes.

No one to testify

On the night of the firing, Kaka and Soma were taken by the police to a hospital in Raipur. But even as their families struggled to get them back, lawyers claim it was a whole month before the police actually arrested them.

“They were charged with murder and for being Naxalites, but why did the police wait for a month?” said Shalini Gera, an advocate from the Jagdalpur Legal Aid Group which is helping the villagers fight their case. “The truth is the police did not really have evidence to support their claims and needed time to buttress their case against the two men.”

Ever since Kaka and Soma were sent to a prison in Dantewada, only three CRPF officials have showed up in court to testify against them. “In three years, no one else has had the time to testify, and their cases are going nowhere,” said Gera. “In any other case, if the prosecution does not present a case within a specific period of time, the court considers the case closed. But in the case of these villagers, their bail has been rejected and their case remains pending.”