Contribute Subscribe
Hidden in a corner of the Colombian countryside lies one of Latin America’s best-kept secrets. At the International Center for Tropical Agriculture in Valle de Cauca, over three hundred scientists from around the world are working to keep the world fed. The relaxed, university-like atmosphere belies the importance of the organiation’s work. CIAT, which is part of a food-research consortium called Cgiar, has international responsibility (pdf) under the UN for safeguarding vital crops such as cassava, rice and beans: staples that hundreds of millions of people in the developing world rely upon for survival.

In the center’s gene bank Daniel Debouck’s eyes sparkle as he points out rows of shelves, each crammed with different kinds of beans. The collection contains a kaleidoscopic array of colours, shapes and sizes. White, gravel-like varieties from Mexico sit beside larger, ruby-red specimens from Malawi. The seeds on display represent a tiny fraction of the 36,000 bean samples that are kept in the bank’s enormous fridges. It’s the largest collection anywhere in the world, and constitutes a lifetime’s work for Dr Debouck, the monk-like Belgian scientist in charge of the hoard (pdf).

The gene bank, housed in a former abattoir, provides the world’s scientists with a priceless resource in the struggle against climate change. Since CIAT’s foundation in 1967 it has had extraordinary success: Bean varieties developed at the center now feed up to 30 million people in Africa. But as the planet warms, time is running out to develop new cultivars that can cope with the heat. Luckily, scientists at CIAT may have stumbled upon a solution. By crossing a modern bean with one of its obscure Mexican relatives, they have, they announced today, created a variety that can withstand the expected 3°C (5.4°F) rise in temperature over the next century. 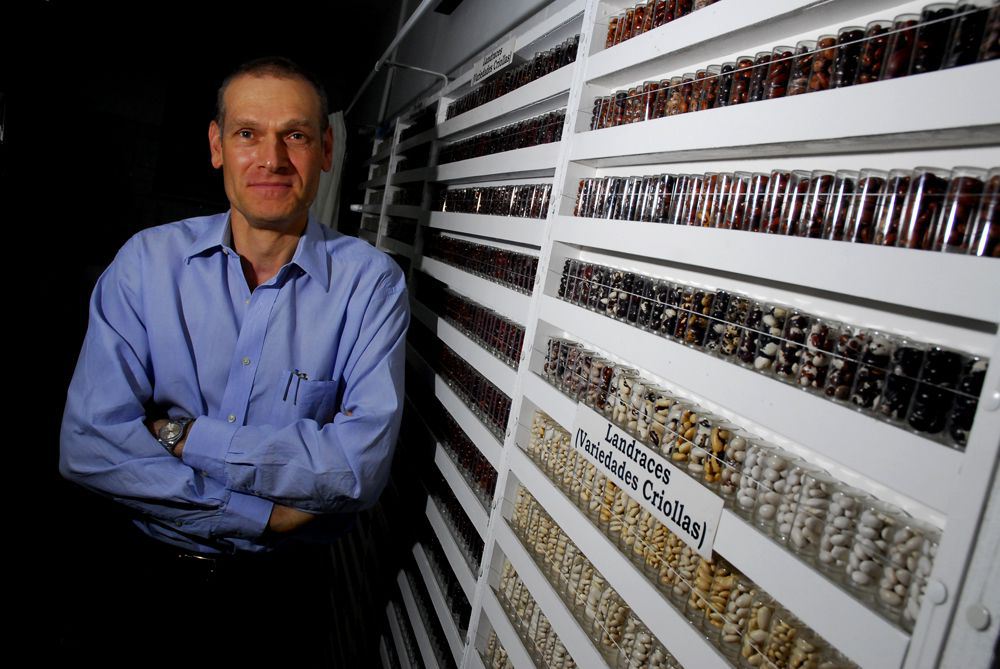 Daniel Debouck, the man in charge of the world’s largest collection of beans. (Neil Palmer, CIAT)

The discovery may not have much impact in the US or Europe, but in Africa and Latin America, it could make the difference between life and death. Four hundred million people in the developing world rely on beans for food, according to Cgiar. Rwandans, for instance, each consume an average of 60 kg (132 lb) of the legume each year, a key source of their protein. But that security is under threat. CIAT’s scientists warn that rising temperatures are likely to disrupt production in African countries such as Malawi, Tanzania, Uganda, Kenya and the DRC. Across the Atlantic, Nicaragua, Haiti, Brazil and Honduras are also likely to be affected.

The search for the superbean

The breakthrough came as a result of teamwork among CIAT scientists. When the Intergovernmental Panel on Climate Change released figures in 2013 predicting a temperature rise of 2°C to 5°C over the next hundred years, CIAT’s analysts set to work building computer simulations to see whether a warmer climate might affect bean yields. The results were terrifying. By 2050, the models showed, global warming could reduce the area suitable for growing beans by up to 50%. 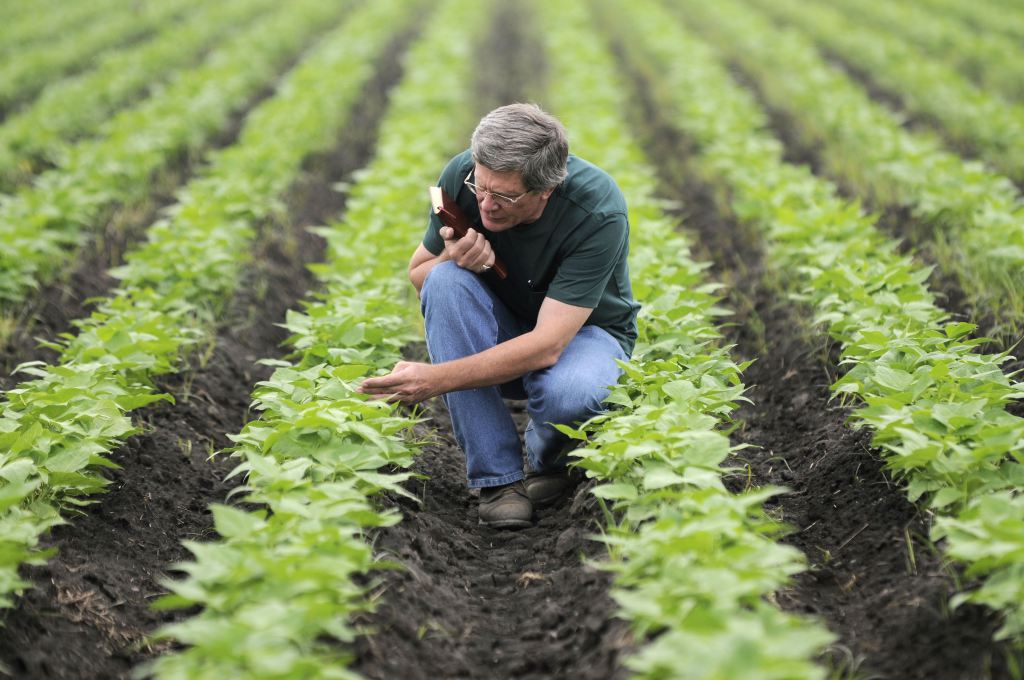 Steve Beebe was particularly spooked by the findings. As the head of CIAT’s bean breeding programme, he knew better than most the devastating impact the rise in temperature could have on production. So he ensconced himself in the gene bank, sifting through the vast collection for an obscure variety that might show signs of heat and drought resistance.

After testing over a thousand samples, he eventually found what he was looking for: the tepary bean, a hardy survivor cultivated since pre-Columbian times in an area that is now part of northern Mexico and the American southwest. Hoping to transfer the resistant traits from one type of bean to another, Beebe began to cross the tepary with more common varieties such as pinto, white, black and kidney beans.

He and his team planted the new cross-breeds in plots on Colombia’s humid Caribbean coast. They also cultivated them in greenhouses within CIAT’s grounds, where they could accurately control the temperatures. The results were beyond their wildest hopes. Some of the crossed beans showed signs of being able to handle a 3°C rise, while others seemed able to withstand 4°C or more. That means the new bean might not only mitigate the effects of climate change where beans are already grown, but even allow production to expand into completely new parts of Central America and East Africa. “Even if they can only handle a three-degree rise, that would still limit the land lost to climate change to about 5%”, says Beebe. 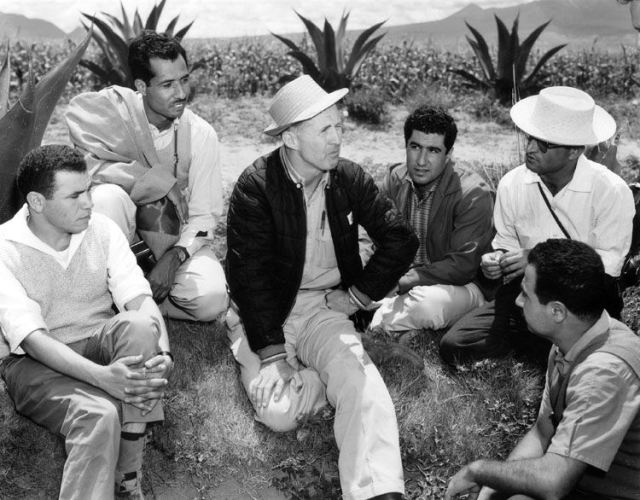 Norman Borlaug (center) in the field in Mexico with a group of young international trainees. (CIMMYT)

CIAT was founded in the 1960s at a time when scientists feared that the world was running out of food. After years of drought, India and China were on the brink of disastrous famines (paywall). But a group of scientists led by an American biologist, Norman Borlaug, embarked upon what later became known as the “green revolution.” They encouraged farmers in the developing world to switch the wheat and rice they were planting to new, improved varieties. Yields increased dramatically: Not only was India able to meet domestic demand for rice, but it began to export the crop to other countries. The revolution saved millions of lives, earned Borlaug a Nobel prize, and paved the way for Asia’s economic expansion.

Borlaug’s techniques are still in use today. Selective breeding enables scientists to transfer desirable traits from one variety to another, with the aim of creating a crop that is resistant to pests, heat or drought. However, it isn’t always a straightforward process. “It’s a bit like crossing a house cat with a wildcat”, goes a saying among CIAT scientists. “You don’t automatically get a big docile pussycat. What you get is a lot of wildness that you probably don’t want lying on your sofa.”

These days, the prospect of a second green revolution as miraculous as the first seems far-fetched. Although Borlaug remains a hero to the current breed of CIAT scientists, achievements are more incremental than radical. Yet the discovery of the heat-resistant bean proves that progress can still be made, and scientists are hopeful that there will be more discoveries to come. 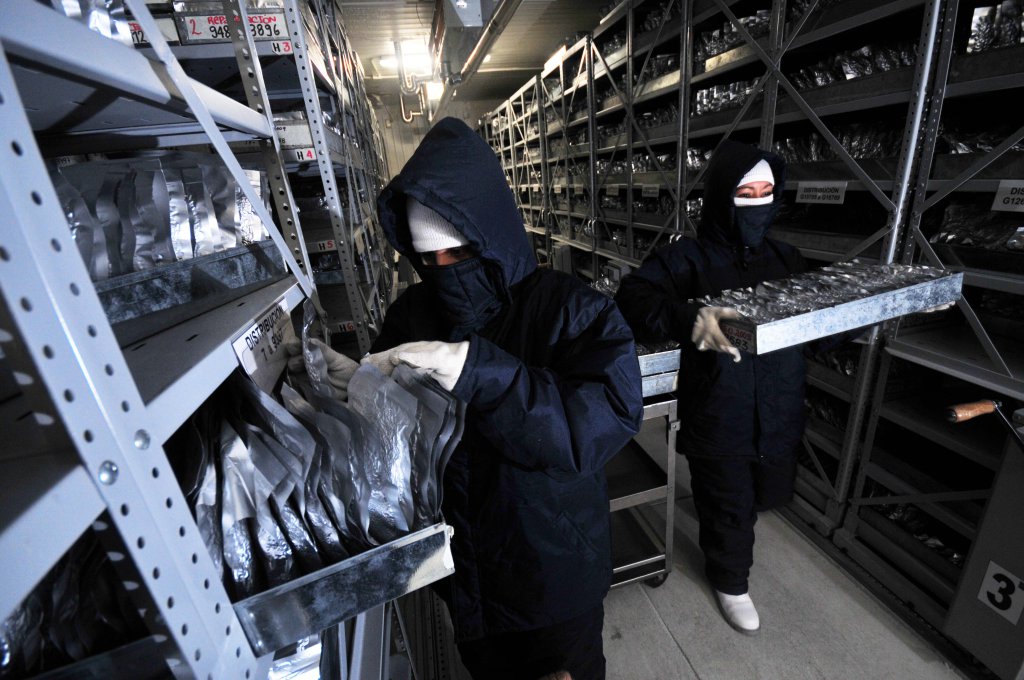 Why the world needs biodiversity

For such discoveries to happen, there needs to be agricultural biodiversity. Varieties like the tepary bean are the ancient wild relatives of today’s common crop varieties, and they contain a multitude of hidden traits, which could help tackle unforeseen future problems. Gene banks play a crucial role in protecting that biodiversity – so long as they are properly maintained.

That isn’t as straightforward as it sounds. For a start, they are expensive to run. CIAT spends a million dollars a year just on electricity to keep its samples chilled. Wars and natural disasters can also play havoc. CIAT’s sister organisation in Syria recently had to ship more than 80% of its collection abroad in order to save it from the country’s civil war. In 1998 Hurricane Mitch destroyed the maize seed bank of Honduras, while in January 2012 a fire destroyed the Philippines’ national seed bank (paywall). In order to protect against this threat, CIAT backs up its collection by distributing small quantities of its seeds to different banks across the world.

But researchers currently estimate that only 5% of the wild relatives of the world’s most important crops are properly safeguarded. Many others risk extinction in the coming years. That would mean losing a vast, untapped set of genetic traits that could help us fight natural disasters.

The world’s current stock of seeds also need protection. CIAT’s gene bank is now 40 years old and badly in need of an upgrade. This year it is hoping to raise $25 million to build a new facility which would be open to the public, to both protect and promote its collection. With over 3 million children dying already each year from malnutrition, it seems a small price to pay for a resource that does so much to fight hunger.