Apr 05, 2015 · 04:00 pm
Annalisa Merelli, qz.com
The Middle Ages have long been history’s renegade centuries. Deemed awful enough to be nicknamed the “Dark Ages”, the years after the fall of the Roman Empire are commonly thought of as a backward era of cultural degradation, a time during which Western culture died, until it was reborn during the Renaissance, and life was switched on with the Enlightenment.

But that’s not entirely true: The Middle Ages was a culturally curious and unique period but not entirely backwards – and the internet has taken notice. As of late, visual references to the Middle Ages (and, to a lesser extent, Renaissance) have been cropping up on Twitter and Tumblr.

The discovery that there were people of colour featured in art from the 16th century (and earlier) spawned the Tumblr “People of Color in European Art History.” As its author, Malisha Dewalt, told NPR: 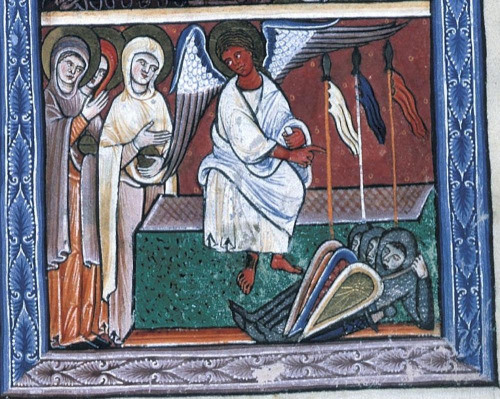 Miniature from Psalter, circa 1240.

My purpose in creating this blog is to address common misconceptions that People of Color did not exist in Europe before the Enlightenment, and to emphasise the cognitive dissonance in the way this is reflected in media produced today.

Others, are taking a more lighthearted approach to medieval art. A few Twitter accounts are making use of the unusual iconography as commentary of modern day problems:

When you and the squad are smashing karaoke pic.twitter.com/oR10nTXMqA

That point on a Sunday where you attempt to finish all the work you've avoided all weekend pic.twitter.com/kIMKzinQr5

When you and your mate are having beef and the only logical way to settle it is... pic.twitter.com/QQSgSJDiQ9

When the squad's tune comes on in the club pic.twitter.com/ezPkH9LPEa

When the squad get a minibus to the club pic.twitter.com/CM8H0MNufX

Then there are the popular (and hilarious) Bayeux Tapestry-inspired memes: 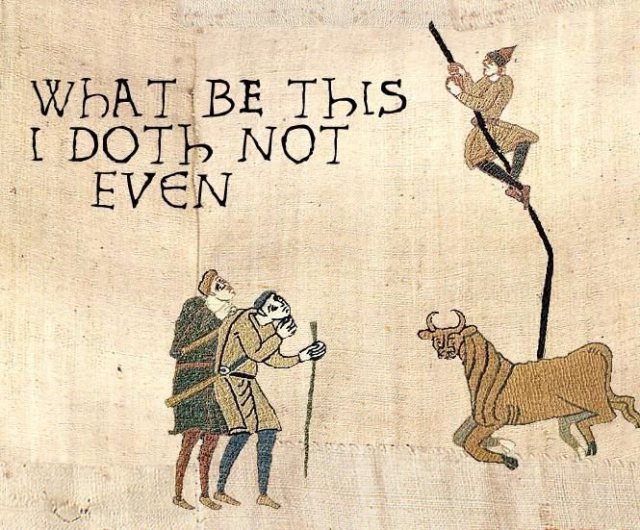 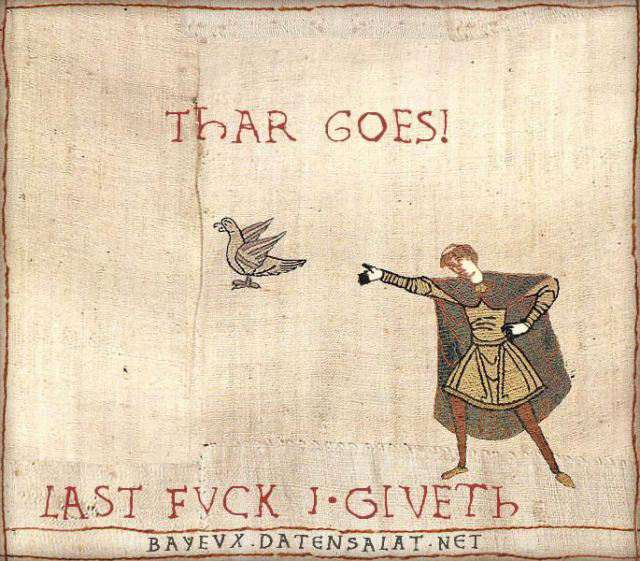 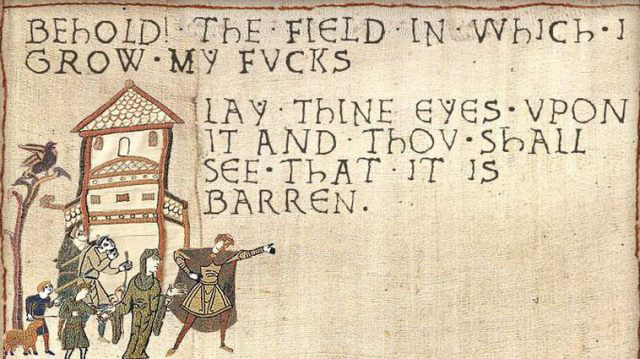 In between the serious and facetious is the work of some artists that are working by juxtaposing a medieval aesthetic with more current iconography. Street artist Kai, one of them, portrays Hip Hop stars as medieval kings: 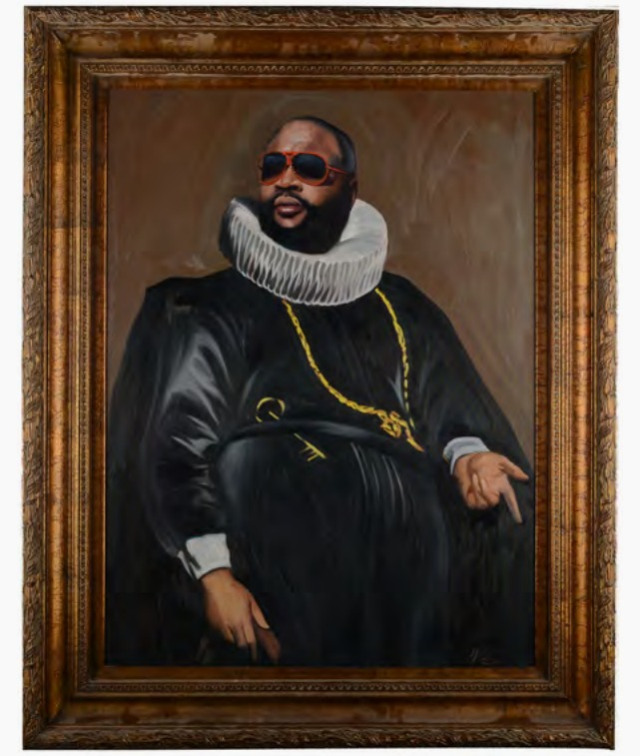 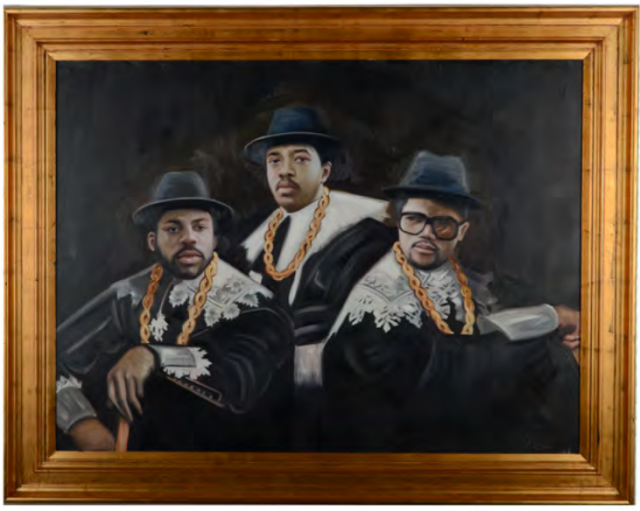 Graphic designer and artist Cecilia Azcarate also mixes modern and medieval in a surprising way – by pointing out uncanny similarities between contemporary and medieval design: 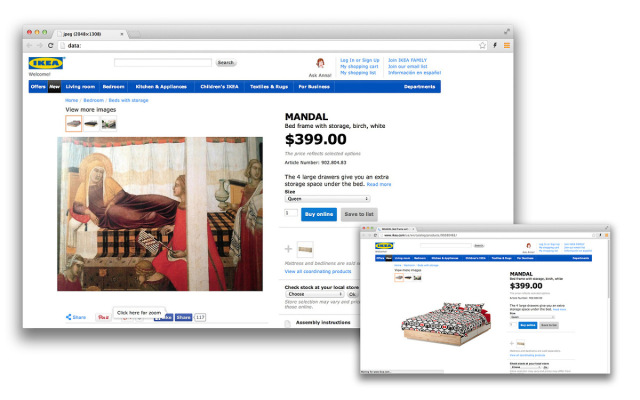 From the series, “Ikea beforesixteen.” 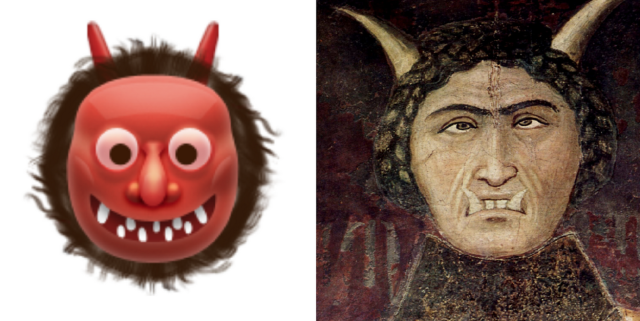 From the series “Emoji fun.”(Art by Cecilia Azcarate)

Azcarate is interested in the similarities between hip hop and medieval aesthetics, which she explores in her Tumblr b4-16: 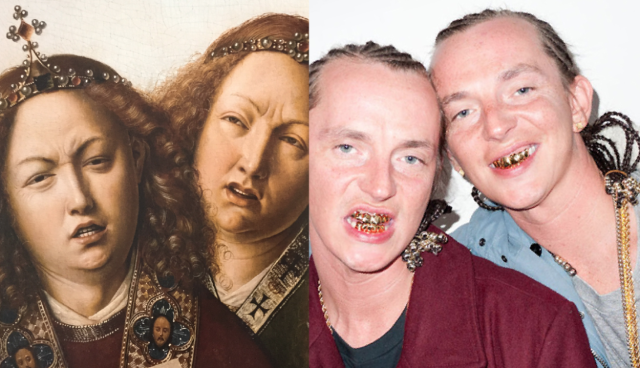 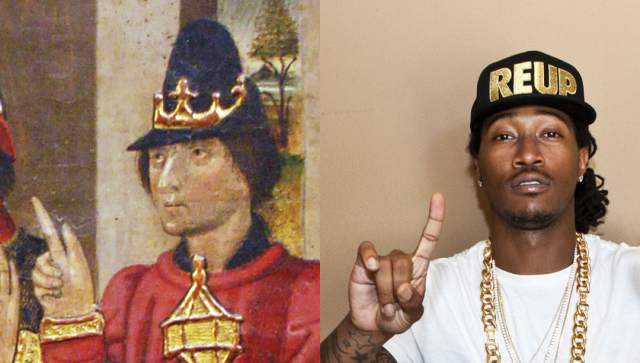 Left: detail of Virgin and Child Enthroned with Scenes from the Life of the Virgin Morata Master. Spain, 15th century. Right: Future.(Art by Cecilia Azcarate) 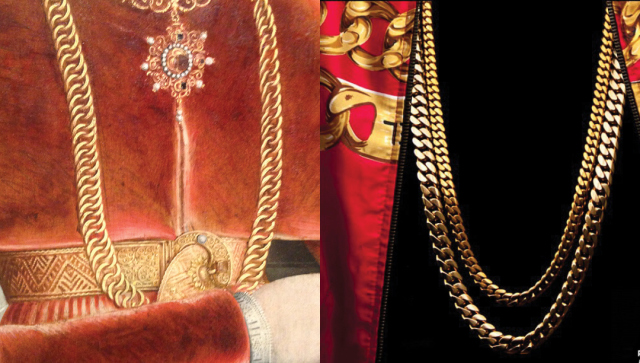 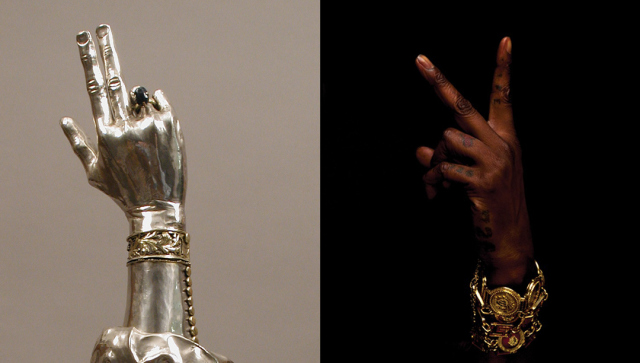 Indeed, the Middle Ages appear to be setting the standard for modern-day royalty: 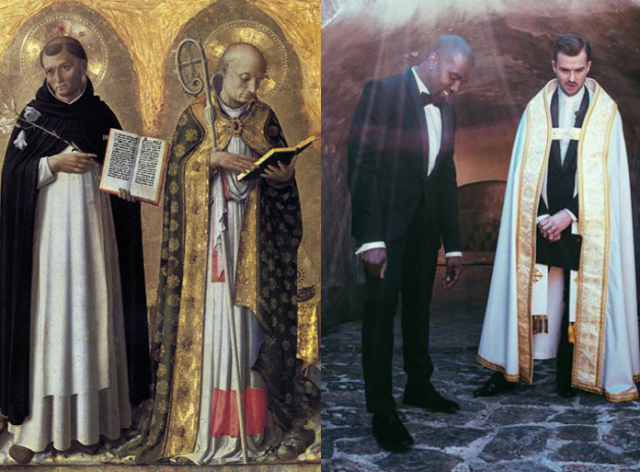 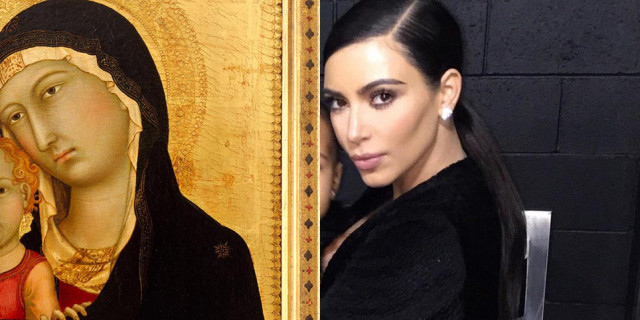