Become a Member
Ad
In September 2014, the union cabinet withdrew the Higher Education and Research Bill, 2011. The bill, which had been introduced in Parliament under the aegis of the Congress education minister Kapil Sibal, sought to create an overarching education regulator to replace the University Grants Commission and associated councils. The bill had been built along the lines of the Yashpal Committee recommendations to abolish the UGC and the All India Council for Technical Education and restore autonomy to higher education institutions.

At the time Law Minister Ravi Shankar Prasad said that the bill had been withdrawn because of the reservations of a parliamentary standing committee, which felt that the proposed structure went against the federal character of the country.

Last week, the same question came up before the government again. One of the first committees set up by Smriti Irani’s ministry of human resources development recommended that that the UGC be wound up. The committee headed by former UGC chairman Hari Gautam proposed setting up a National Higher Education Authority. The ministry was quick to clarify that it still has to analyse the panel’s report and said that the “UGC has been created by an Act of the Parliament and cannot be unilaterally scrapped.”

The UGC is still the prime target when it comes to the reform of higher education. The commission is the apex body that, along with the All India Council for Technical Education, the National Council for Teachers Education and the Distance Education Council, regulates universities and colleges across India. The UGC was set up in 1953 and became a statutory body through an Act of Parliament in 1956. At the time, there were only about 30 universities in India. Now, there are 666. 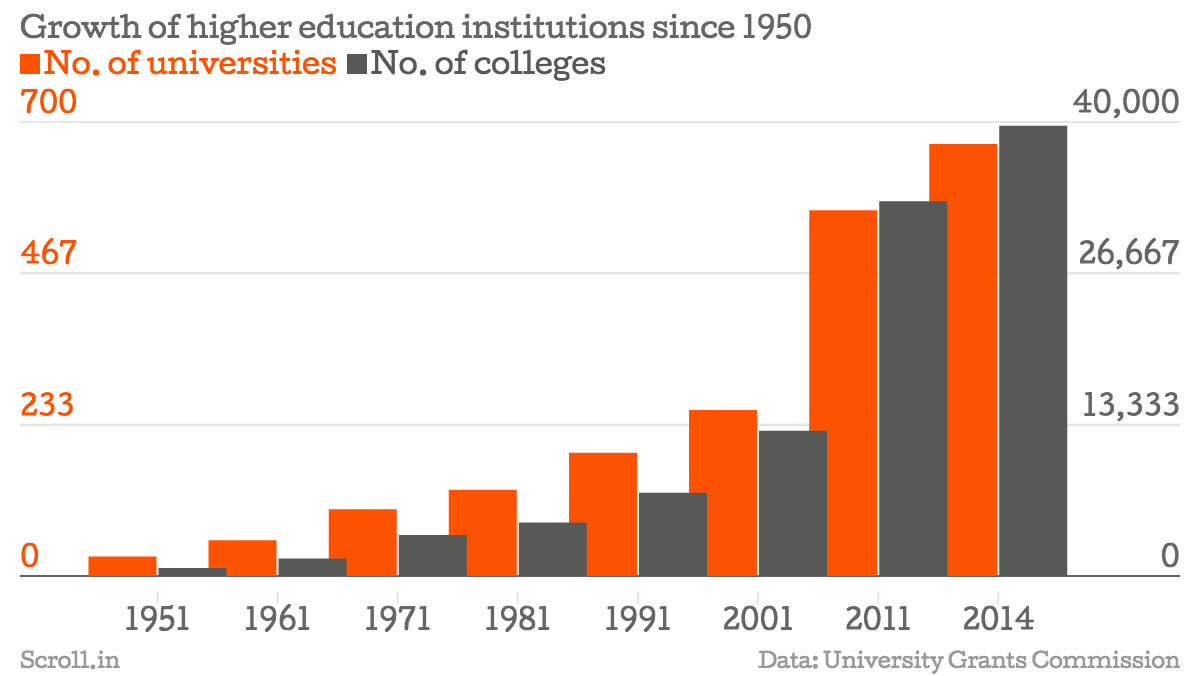 A university can be created in India in two ways. Either the central or state government must enact legislation to create a university or the UGC deems an institution of higher education to be a university. Any institute that awards a degree must be affiliated to a UGC-controlled university. The UGC is the apex regulatory body for higher education but has often often become mired in turf wars with technical education watchdog AICTE, autonomous institutes like the IITs and diploma-awarding ones like the IIMs.

The name “University Grants Commission” is something of a misnomer. While the UGC is responsible for providing grants to universities, colleges and researchers, its mandate is much broader. The commission is supposed to coordinate university education, decide and maintain education standards, monitor development and advise central and state governments on how to improve university education.

In his book, Fifty Years of Higher Education in India, Amrik Singh argues that from the very day of its establishment the commission’s functioning has been hampered by the name given to it. The UGC’s primary function is to coordinate the functioning and determine and maintain standards across India’s universities. Distributing grants is a secondary function. “By giving it a misleading name the focus got shifted, which resulted in the bedeviling of the functioning of the UGC all these years,” Singh wrote.

Criticisms of the UGC

The falling standards of higher education is a reality that India has been contending with even as the number of students enrolling in colleges and universities has grown exponentially. 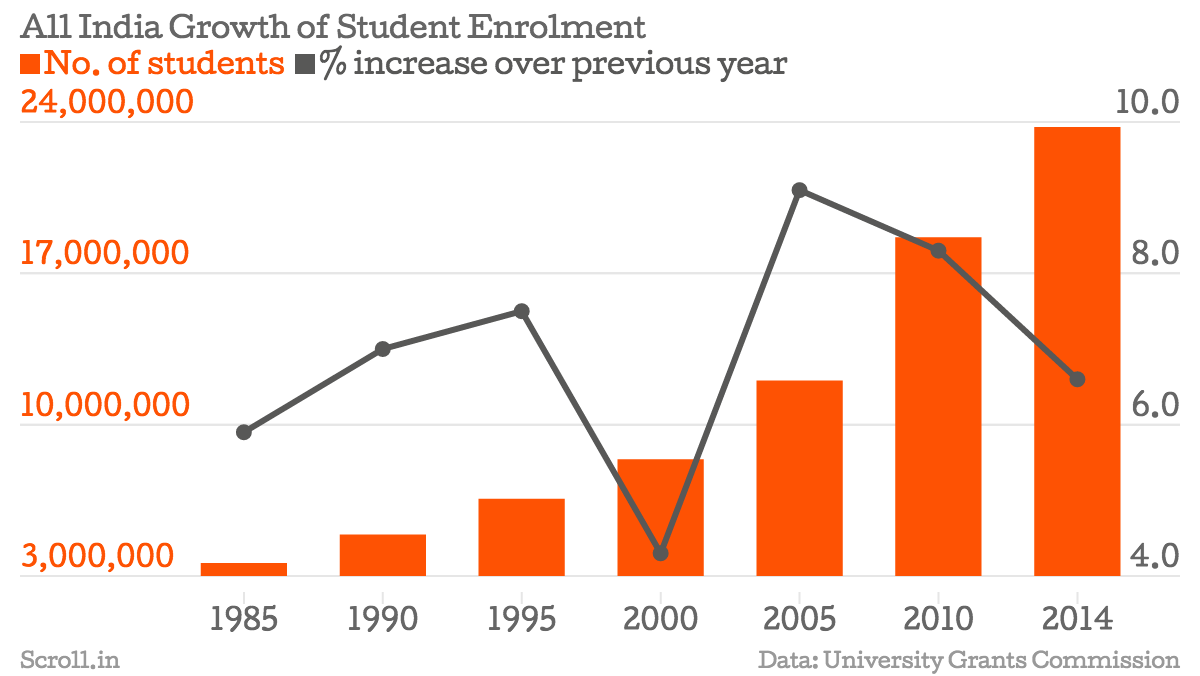 Among the many criticisms of its functions is the failure of the UGC to attract world-class faculty to Indian universities – something that even Pakistan has managed to do, argue public policy researchers Shreekant Gupta and Swati Madan. The commission has also instituted a flawed system of rewarding research, the Academic Performance Index, which is based on the number of citations an article gets and the journal in which it is published. This has replaced a system of peer-review and expert appraisal that many believe is better.

NITI Aayog chairman Arvind Panagariya has argued against the UGC’s cookie-cutter approach to the hundreds of universities and tens of thousands of colleges under its absolute control. No one institution can perform such a task, he contended, calling for decentralising the higher education structure.

The UGC is no stranger to controversy and has stoked many in the last couple of years. Last year, the commission forced Delhi University to roll back its newly introduced four-year undergraduate programme. However, in January the commission wrote to vice-chancellors of universities to consider revamping the academic system by adopting a semester pattern and grading system similar to the scrapped Delhi University four-year programme.

Shortly after the Delhi University episode, the UGC shot off a notification to all IITs asking them to make sure the degrees they confer are in line with UGC specifications. The IITs retorted that they are autonomous institutes that don’t have to follow UGC diktats. The row went up to the Law Ministry and a committee has been set up to resolve the issue.

In 2013, the UGC locked horns with the  AICTE over regulation of business schools when it issued guidelines to institutions such as the IIMs that award post-graduate diplomas in management. The government intervened to resolve the issue by allowing the UGC to regulate B-schools awarding degrees and the AICTE to look after those awarding diplomas. If the HRD minister manages to get the Indian Institutes of Management Bill, 2015, which empowers the schools to award degrees, passed through Parliament, then IIMs will also have to toe the UGC line.

Only 375 of over 6,500 faculty positions filled in central universities, says education ministry