Become a Member
Ad
One of the lasting images of Afghans in India comes from Rabindranath Tagore’s famous bittersweet story of a Kabuliwala, a dried fruit seller from Kabul, who strikes up a touching friendship with a  little girl in Calcutta.

But the story of real Kabuliwalas does not begin(or end) with Tagore. Afghans had been coming as salesmen to India for decades before and after the 1892 story. A closely knit community of around 5,000 Afghans lives in Kolkata even today, though they might no longer be vendors of odds and ends.

From Kabul to Kolkata: of Belonging, Memories and Identity, a new exhibition of photographs by journalists Moska Najib and Nazes Afroz attempts to show just that. The exhibition of 50 photographs, inspired by the short story, is a product of their collaboration from 2012. 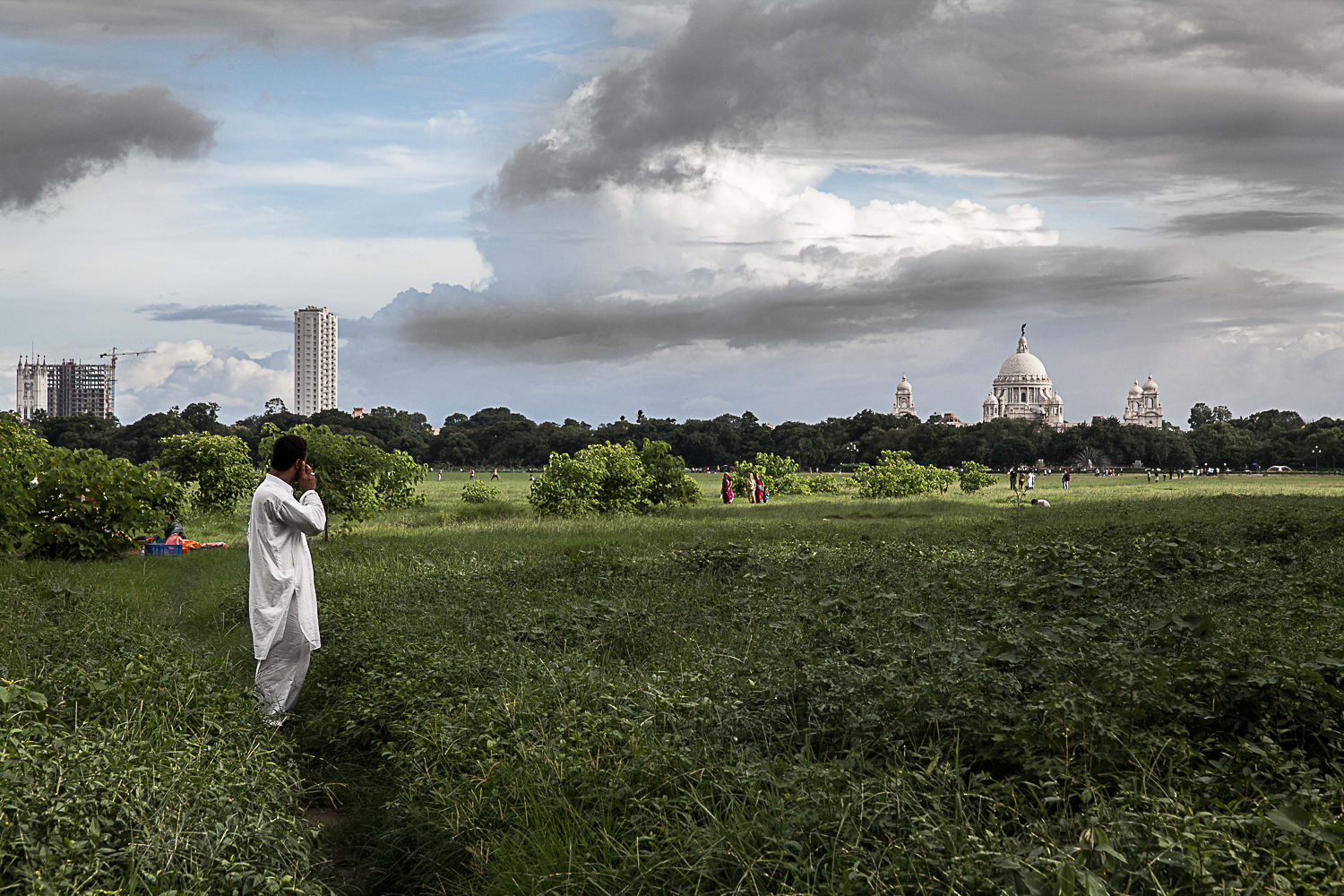 In a distant land
In 1892, Rabindranath Tagore wrote a short story about a man from a distant land – Afghanistan – living in Kolkata. Over the century, these interpretations helped shape a romantic image of Afghans in more than just Bengal.

Between them, Najib and Afroz have close connections to Afghanistan and Kolkata. Najib, who has lived in India for most of her life, was forced to flee Afghanistan when she was only eight years old. Over the years, she said, Tagore’s story was often a point of reference in conversations about Afghans and the ties between the two countries.

“Being displaced from Afghanistan at the age of eight, I always felt there was an abrupt disconnection with my roots and hence, a lasting sense of loss,” she wrote. “And so throughout my life, I’ve been drawn to themes of identity and belonging.”

When in 2012 she wanted to work on a project around Afghanistan, Kabuliwalas were a natural choice. Thinking she might be too close to the project, she decided to team up with someone who might have a more distant perspective. That person was Afroz, a former colleague of her.

Afroz had lived and worked in Kolkata for 17 years. As a child, he stayed in Park Circus, then an amazingly diverse area that was home to a host of Chinese, Anglo-Indians, Armenians, Baghdadi Jews and Kabuliwalas.

“This diversity of Calcutta definitely contributed to who I am today,” he said. Over the decades, as Calcutta homogenised, these small communities shrunk further.

“It disturbed me that Calcutta was losing its diversity,” he said. “There has not been enough visual work done to capture that, except for Pablo Bartholomew’s work on the Chinese community. I thought this would be my tribute to the city.” 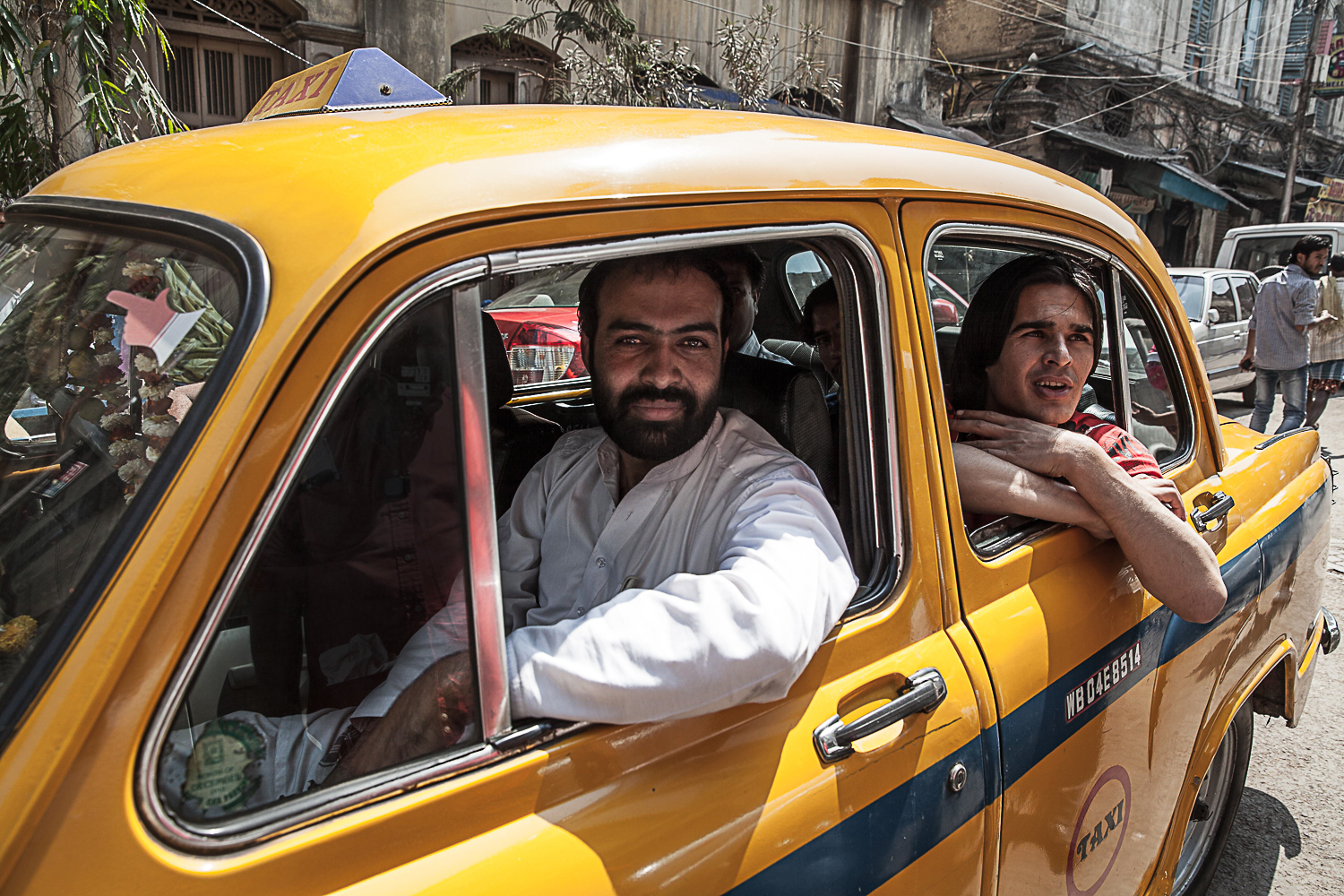 A new home
They are men with distinct features ‒ piercing eyes and rugged face. Dressed in their traditional attire, they have made Kolkata their new home, a city thousands of miles away from their own homeland.

At first, they were not certain they would find Kabuliwalas in Kolkata at all. The city Afroz had grown up in was no longer as welcoming. Yet once they began research towards the end of 2012, they found a vibrant community of 5,000 people, many of whom still lived as Afghans though they had not visited their home in decades or ever.

While the links between modern Afghanistan and India are old and deep, Afghans first came to Calcutta on the heels of the Anglo-Afghan wars that began in 1839. Calcutta, then the capital of the British Raj, was a natural destination. Over the next decades, streams of Afghans travelled back and forth across the southern land route from Kandahar to Quetta and finally to Calcutta, usually as the salesmen familiar in the Tagore story.

Then came 1947. Without valid travel documents, Afghan traders found themselves unable to return home. Many remained in Calcutta instead, the city that had already been so welcoming to them.

“When you talk about the Afghan diaspora today, you think about people who have been displaced by wars,” Afroz said. “This community has no association with war at all. They have been coming to Calcutta for so long because they found the city hospitable towards them.”

Kabuliwalas in Kolkata are not from Kabul, they found. They are from Paktia and Paktika in south Afghanistan. Since they travelled without women, many ended up marrying Indians, but remained entrenched in the culture of their homeland. Many of the younger ones have never set foot in Afghanistan, but still speak Pashto and identify deeply with their home country. Even today, they celebrate both Eids in Afghan fashion in the maidans of Kolkata. 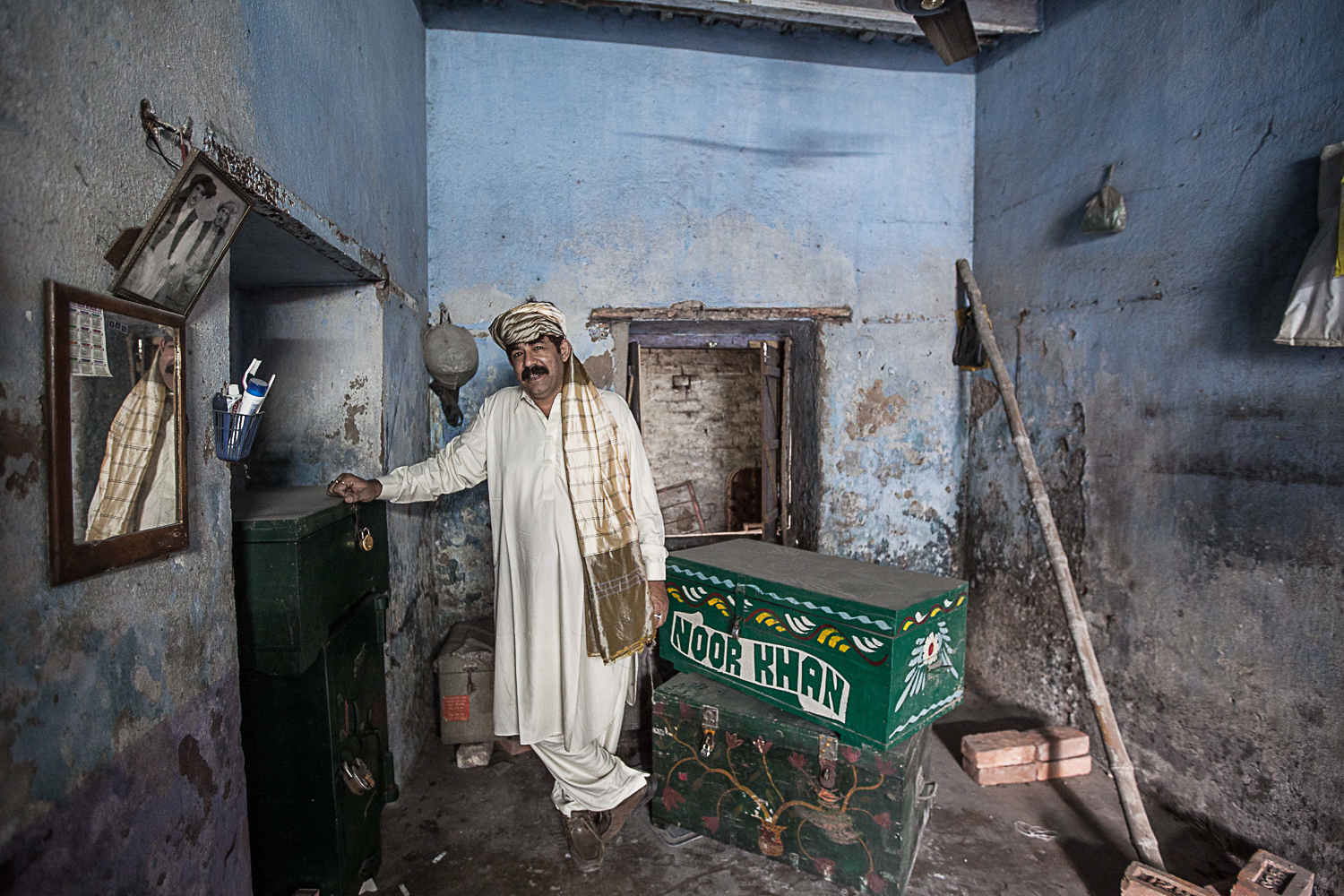 The big Khan
Amir Khan, the leader of the clan, was born in India. Although a third-generation Kabuliwala, he is deeply tied to his heritage.

The project was not entirely easy for the two, particularly when it came to contacting the women of the community. They remained indoors for the most part and they were finally able to photograph only two women, both outside their homes.

“Documenting the lives of women and their children proved to be our main challenge,” Najib wrote. “As a woman, I wanted to peek in and photograph the minutiae of their everyday life. […] Their absence accentuates our photographic challenges and the submission to cultural restrictions and sensitivities.”

At the exhibition in Kabul, Afroz met a man from the same province as Kolkata’s Kabuliwalas. The man had lived in Kolkata during the early years of the Taliban war, as had his father and grandfather. His father died and was buried there. Two years ago, the man went back to India to search for his father’s grave. The main photo of exhibition is of a man combing his beard against the blue background. That person had helped him find his father’s grave.

“This is not a community stuck in a silo,” Afroz said. “There continues to be a continuum, a connection with their country.”

Here are some photographs from the exhibition: 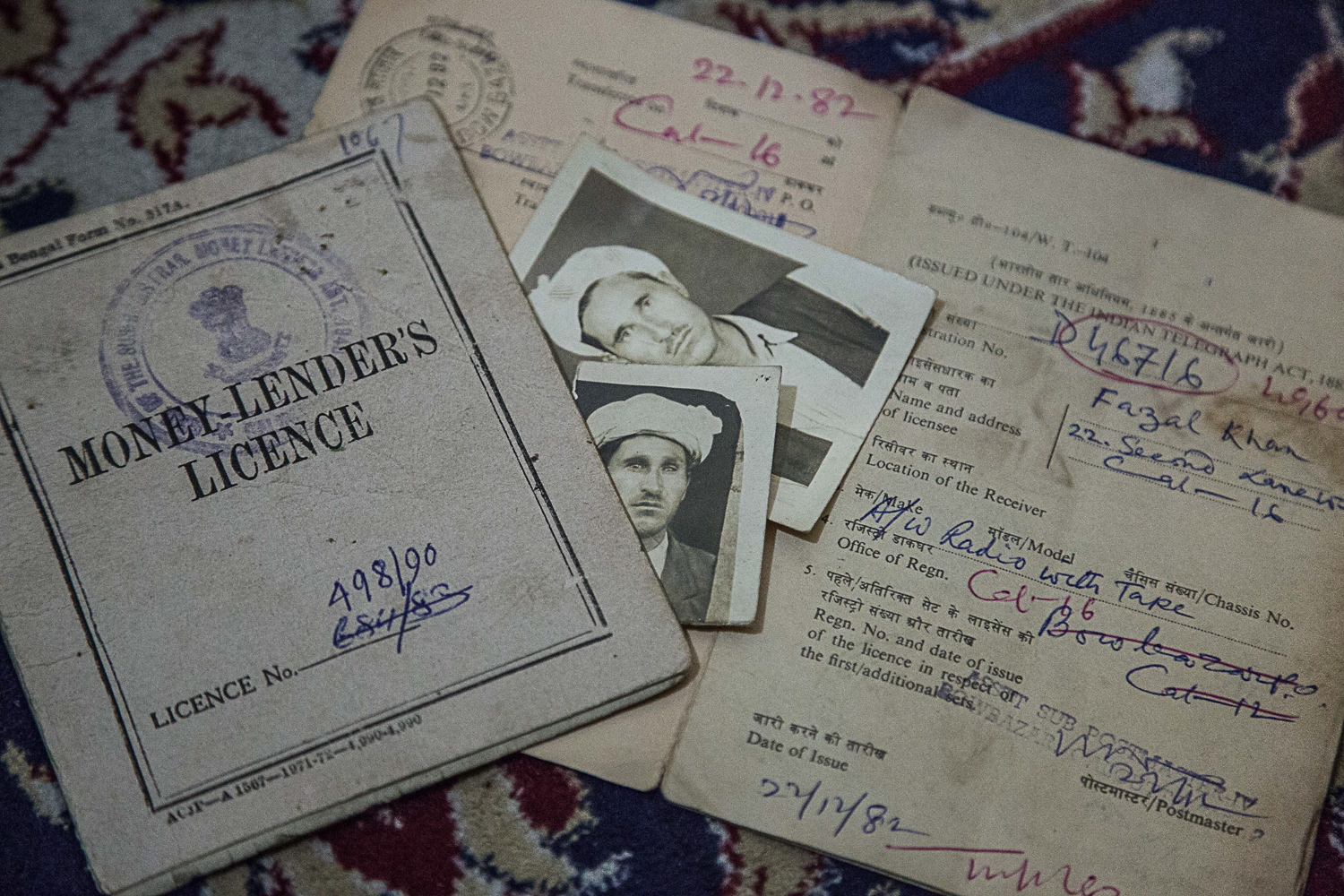 A license to live
Armed with spices, dry fruits and attar from their country, the first Kabuliwalas went from door to door to sell their items. Over decades, they’ve resorted to more lucrative trades like money-lending. 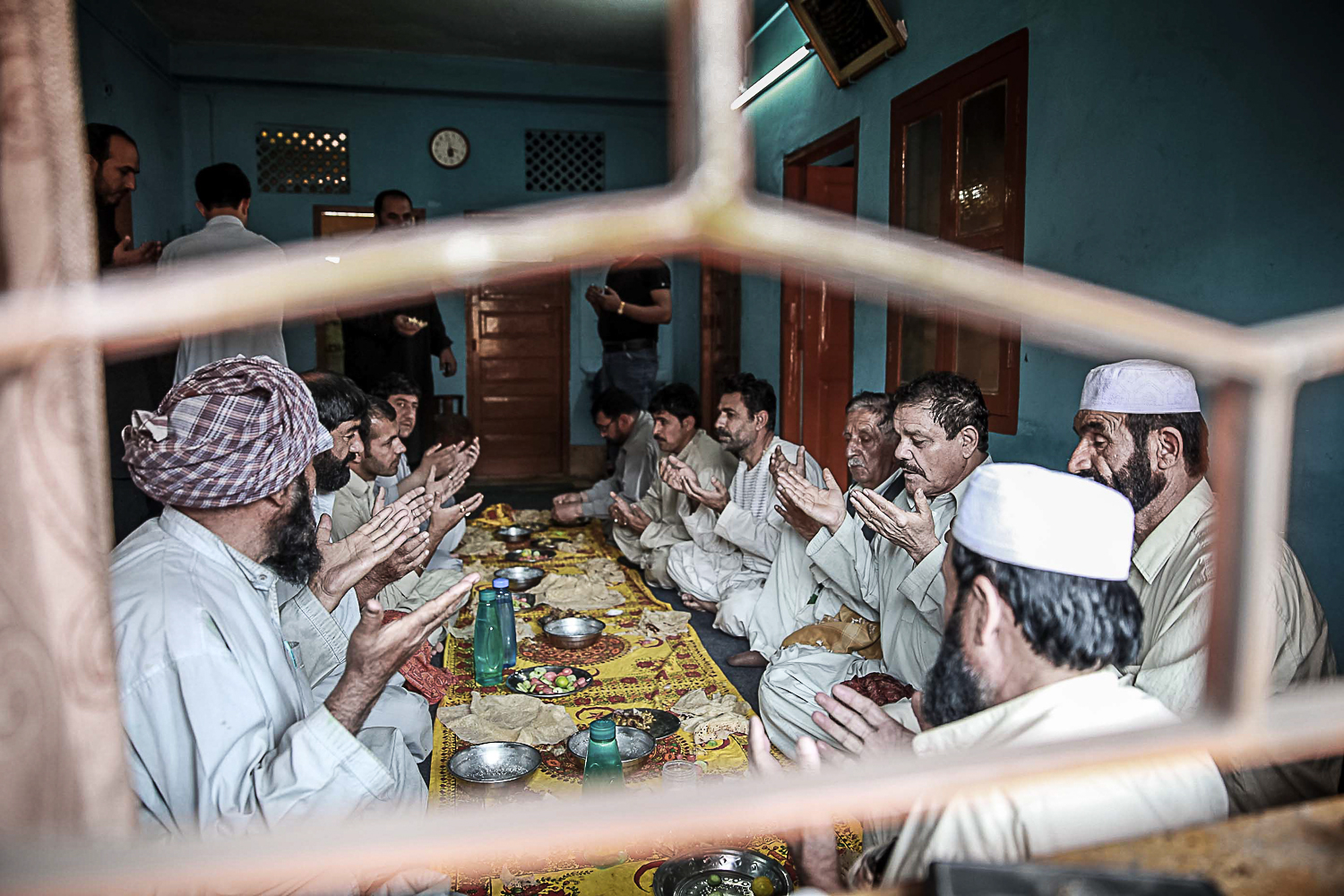 The dastarkwhan
Their trade may have changed, but their traditions remain the same. Through communal prayers and dining on the dastarkwhan, they’ve managed to preserve their culture. 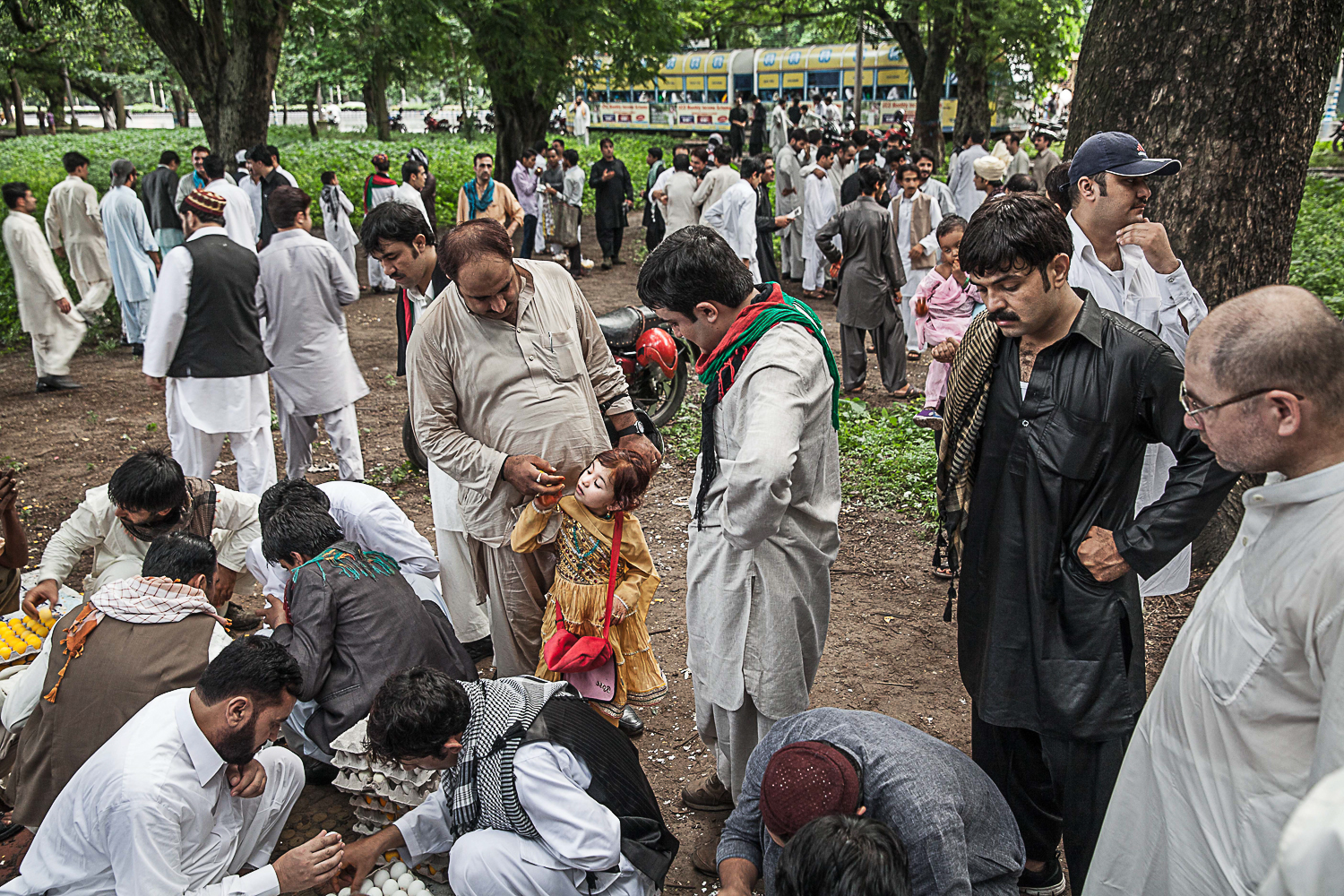 The Maidan
In Kolkata, the Maidan remains their chosen ground. Dressed in their traditional attire ‒ the flowing over-sized salwar kameez ‒ many gather at the iconic Victoria Memorial to live out a little bit of their traditional passions: flying a kite, anda kushti (hard-boiled egg fights) and performing the Pashtun Attan dance. It’s a custom that’s been followed for close to a century, from the time the first Afghans settled in Kolkata. 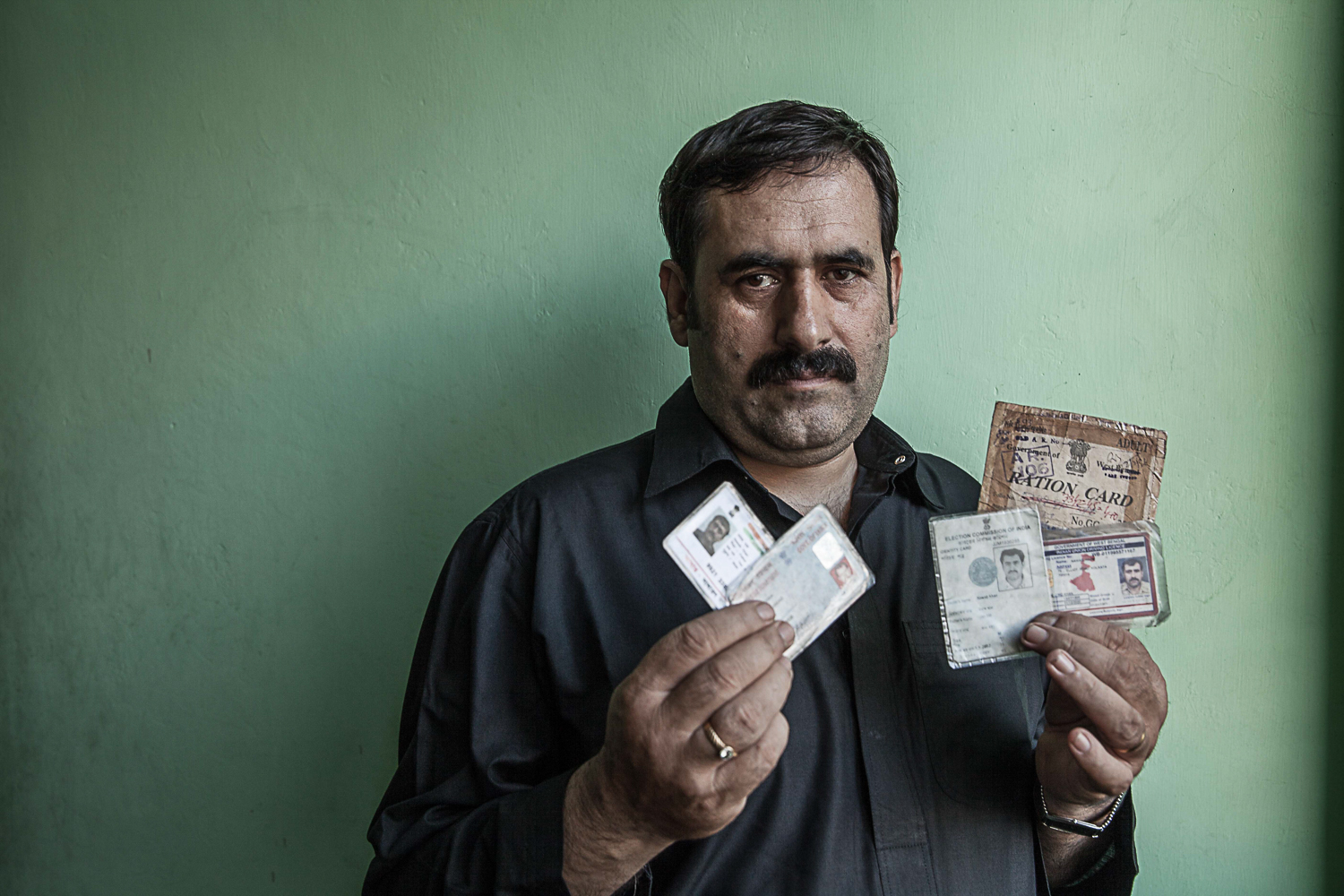 In Limbo
Though immersed in their traditions, it’s their identity that is in limbo. Stuck in a vacuum of space between two different worlds, they are as Pashtun as Indian. With only a few members of the community possessing identity cards, the idea of belonging is filled with tensions between dreams and realities – of merging, exclusion and exile. 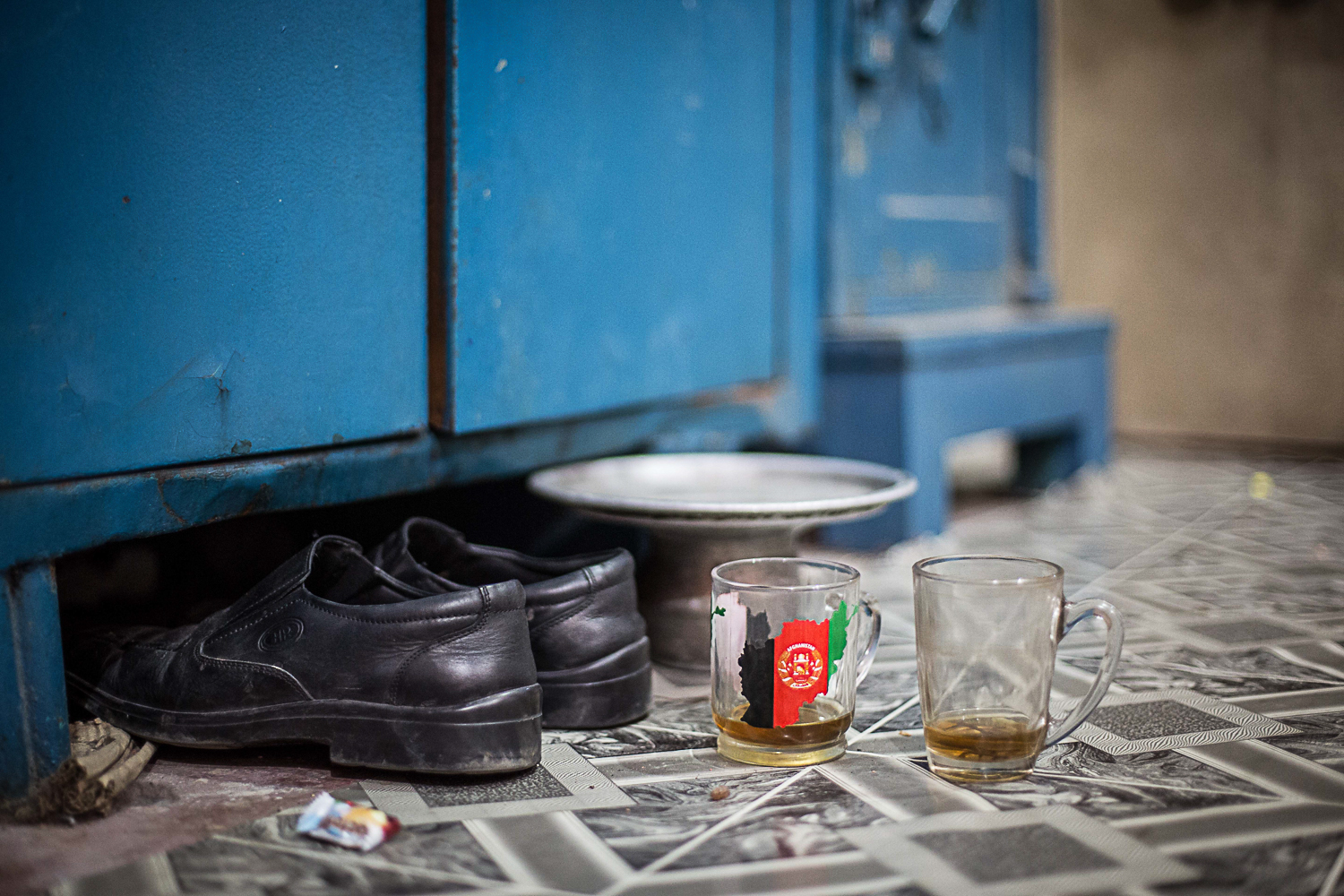 Longing and belonging
From the corners of his home in the far away land, the Kabuliwala dreams of his motherland by clinging onto little mementos that had been passed on by earlier generations. 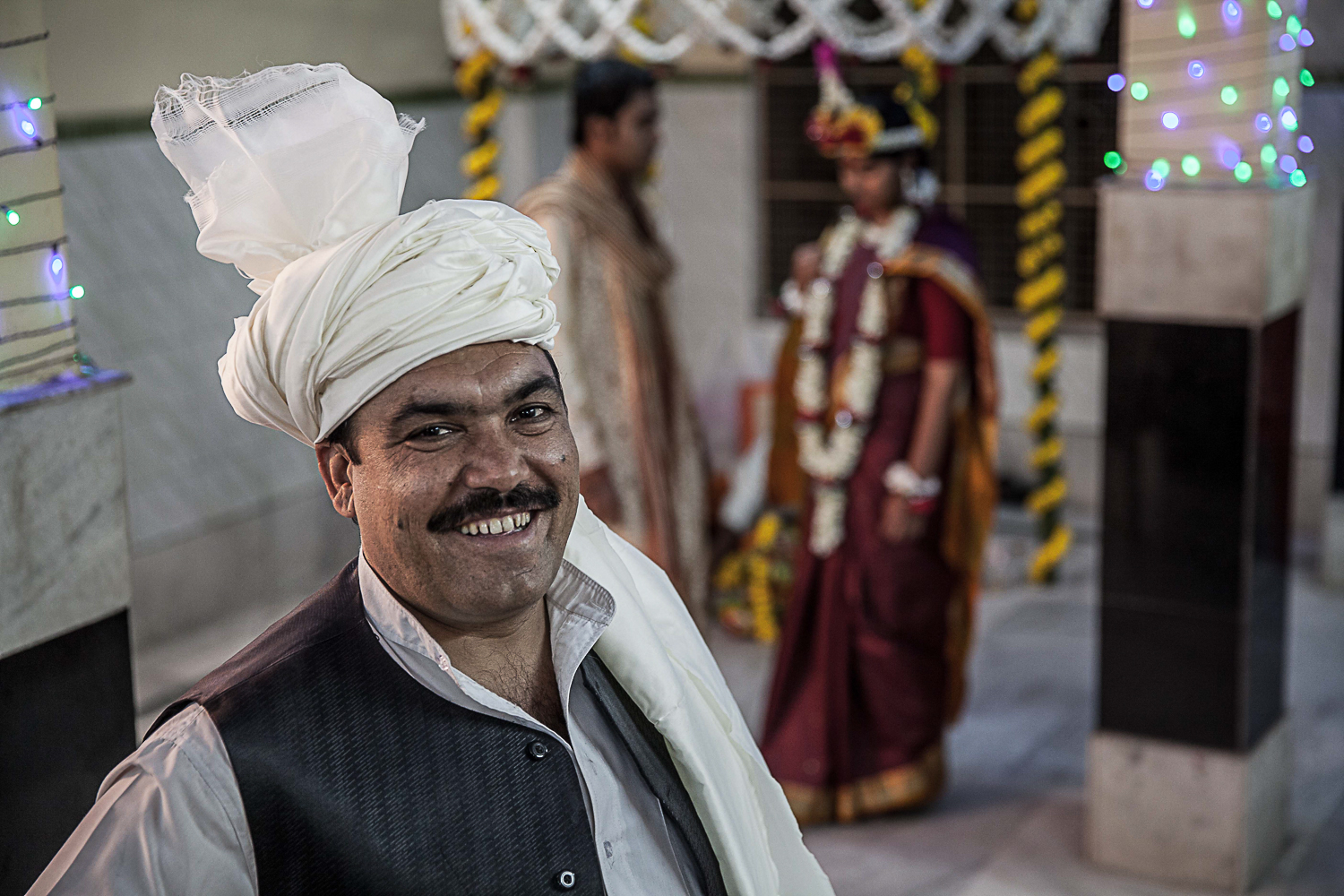 Mini’s Kabuliwala
In the midst of longing and belonging, the Kabuliwala carries on with his life, until he is finally is laid to rest in the far away land. For the Bengalis, he’ll remain Mini’s Kabuliwala.

The first instalment of the exhibition opened in Kabul on March 18. The Delhi edition will run from April 10 to 23. The show will then travel to Dhaka on April 27 and land in Kolkata from May 16 to 29. More details are available on Facebook and Twitter with #KBL2KOL.

Watch: What Kerala and Ireland had in common 2,000 years ago (hint: music)