Contribute Now
Ad
As Houthi rebels overran the Yemeni capital of Sana’a in March, the embattled government shifted its capital to Aden. For many Indians, and especially for residents of Mumbai, the name of the city has an unusual ring of familiarity to it. It is evoked, for instance,  in the name of major thoroughfare in the Central Mumbai neighbourhood of Matunga: Adenwala Road is a the leafy symbol of a deep if forgotten connection between India and Yemen.

The road gets its name from a Parsi family that had such strong business links with Aden, they decided to make it part of their identity. But trade wasn't the only bridge between India and Yemen.  Islam has long bound the two countries, with clerics and lay people travelling back and forth from the medieval age.

The strategic location of Yemen, close to the holy cities of Mecca and Medina, means that it has always been an important centre of Islamic theology. As a result, the medieval age saw Islamic saints come down from Yemen to India, especially the Deccan. The most significant transfer of this sort might have been the migration of the spiritual leader of the Dawoodi Bohra community to Gujarat in the 16th century.

Yemen also exported fighters. Mercenaries from Yemen were well known for their skills of war and were in great demand, especially in the Deccan. Bahadur Shah, the Sultan of Gujarat in the 16th century had 10,000 Yemenis in his army and and Nana Phadnavis’ Maratha empire employed 5,000 fighters who were the highest paid soldiers in the entire army. Later on, with the fall of the Marathas, these Yemenis would serve the Hyderabad Nizams, where they were just as well regarded: they often served as guards of the Nizam’s palace.

The descendants of those soldiers still live in India. On the Konkan coast, there are Marathi-speaking Muslims of Yemeni descent. They are called Jamaatis and their Marathi is heavily influenced by Arabic loanwords, reflecting their origins. In Hyderabad, they are called the Chaush and many of still live in the Barkas neighbourhood.

The traffic between India and Yemen intensified greatly after 1839, when the British conquered Aden and declared it a free port. The city came to be used as a coal refuelling station for steamships sailing  between India and Europe. The building of the Suez Canal in 1869 transformed the city into a entrepot for trade between Europe, Asia and Africa.

Cowasji Dinshaw (the name “Adenwala” would be added later), a Parsi merchant of Mumbai, saw this potential early on and arrived in Aden in 1845. He proceeded to remodel the port to make it capable of handling the steamer traffic between the Indian Ocean and Europe, turning Aden the Singapore of its age. At the turn of the century, his son, Hormusjee, expanded the business, eventually acting as bankers, naval agents, shipowners, managing agents for mills and steamship companies. When the Suez Canal, the world’s largest shipping company at the time, the British India Steam Navigation Company, hired the Adenwalahs as their agents in Aden. 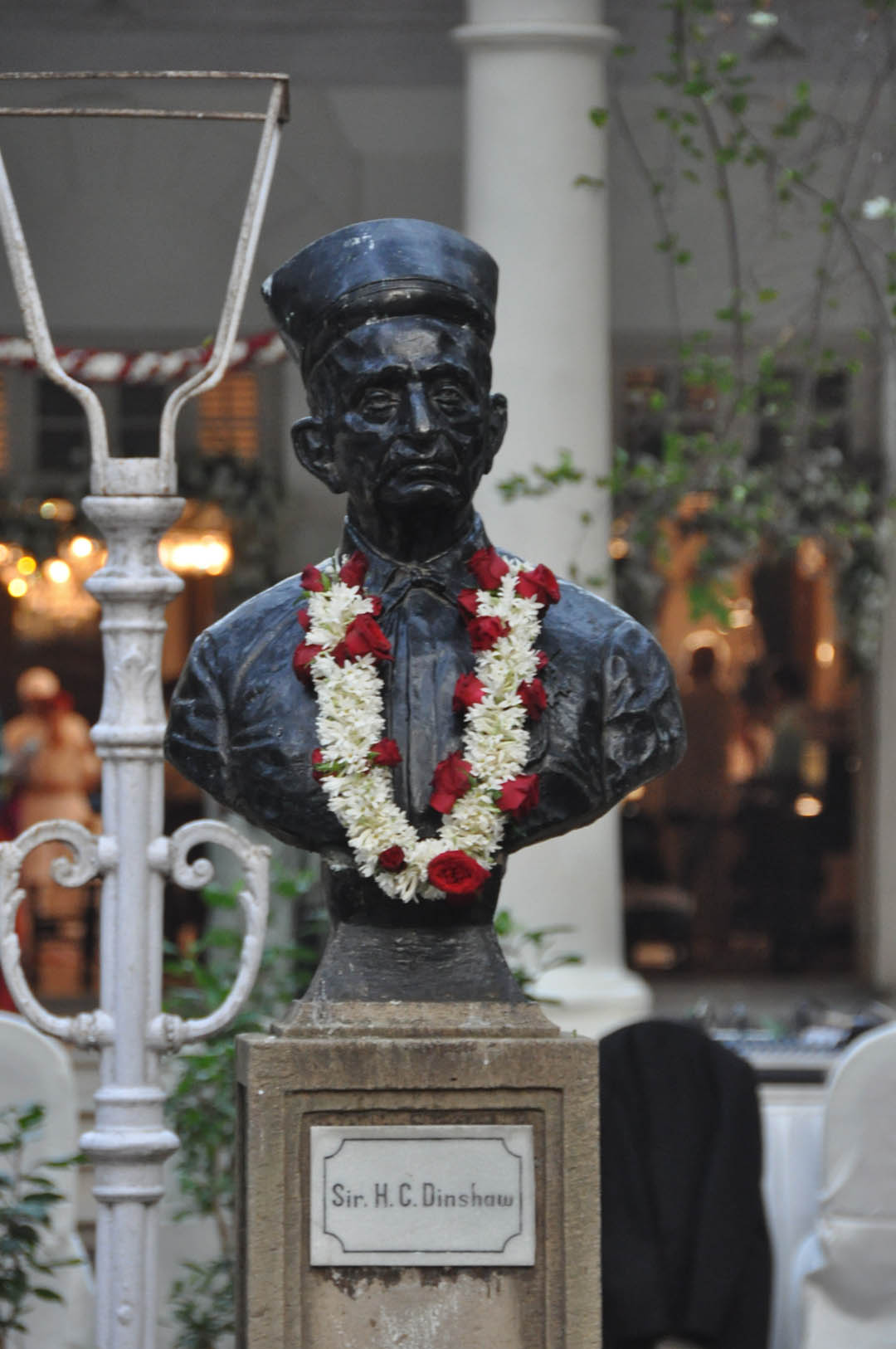 Vispi Dastur, postal historian and president of the Bombay Parsi Association, says that the family were at the time knows as the “uncrowned kings of Aden”. In 1911, King George V was hosted by the Adenwalas in Aden as he travelled to India for the Delhi Durbar in order to celebrate his coronation. The chairs that were used in that function, says Dastur, are still used by the family's descendants in their Adenwala Baug mansion in Tardeo Road.

Aden wasn’t done with giving India tycoons. In 1950, a 16-year-old boy named Dhirubhai Ambani made his journey to Aden, a city still ruled by the British, to work as a clerk for Besse & Co. Later on, Besse & Co. would become distributers for Shell and their petroleum products and it was here that Ambani first came up with the (at the time crazy) idea of building a oil refinery back home in India.

While most Indians are unaware of these centuries of interaction with Yemen, a rather delectable result of this connection is much more familiar: haleem.

The 10th-century Arab scribe Abu Muhammad al-Muzaffar ibn Sayyar wrote down a recipe in the Kitab al-Tabikh (The Book of Recipes) for a meat porridge that he called hareesah. The Kitab was a collection of recipes from the kitchens of the "kings and caliphs and lords and leaders" of Baghdad. It mentions a number of meat and wheat porridges and says that "if the wheat was beaten to a smooth paste" it was to be called hareesah.

Hareesah has survived well into the modern age, and is still popular in the Middle East as an staple during Ramzan. The Yemen mercenaries who came to the Deccan in the medieval age bought it with them. Sometime in the 1930s, Sultan Saif Nawaz Jung, a Hyderabadi Yemeni-origin noble in the Nizam's court, popularised hareesah by having it served at his feasts. 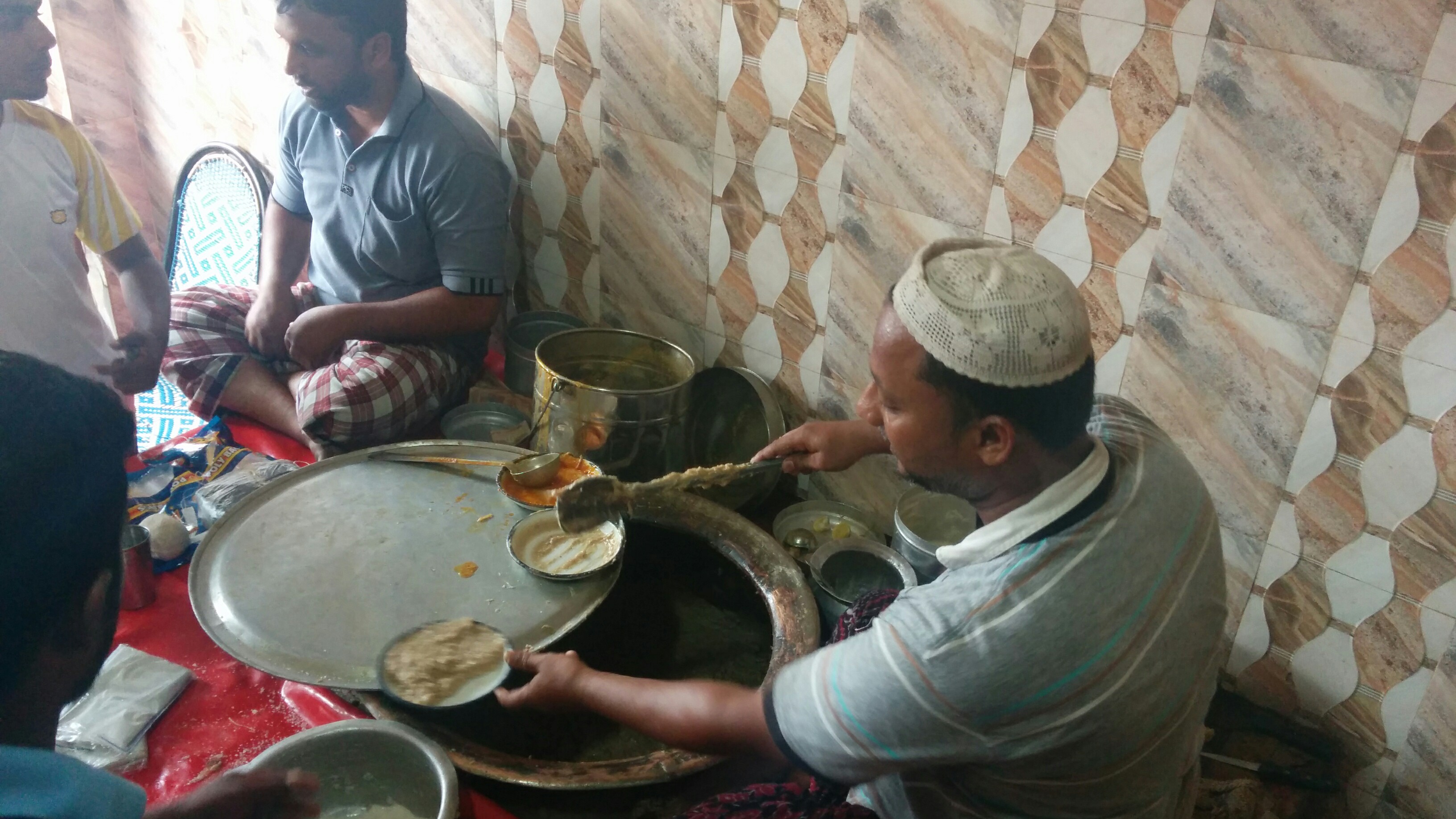 This hareesah was slowly Indianised in Hyderabad. The original dish contained only meat, wheat, cinnamon and ghee, cooked on a slow fire till everything turned to a mash. The Hyderabadis added a variety of dals. And, of course, masalas, India's secret weapon,  found their way into the dish.

This modified dish took the name “haleem” and was by the 1950s being sold in Hyderabad’s restaurants, especially during the Islamic fasting month of Ramzan. Soon, it spread to other parts of the country and became a Ramzan staple.