Contribute Now
Ad
For a first-time US Congresswoman, Tulsi Gabbard seems to get a disproportionate amount of attention from the Indian government. Prime Minister Narendra Modi made it a point to meet with the young legislator when he visited the US in September and when Gabbard got married on Thursday, Bharatiya Janata Party general secretary Ram Madhav flew in from India with a special message from Modi.

The current regime's interest in the 33-year-old legislator may have something to do with the fact that Gabbard, who was born in American Samoa, is the first Hindu member of the US Congress. As so many Americans were in the 1960s, Gabbard's mother was influenced by the International Society for Krishna Consciousness and raised her five children according the precepts of the Brahma Madhwa Gaudiya Sampradaya.

When Gabbard was sworn in to the US House of Representatives in April 2013, she became the first Congresswoman to take the oath on the Bhagwad Gita.

The BJP's interest in Gabbard sits somewhat at odds with the rhetoric of some of its allies in the Sangh Parivar opposing religious conversions at home.

But Thursday was not the occasion to discuss the politics as Gabbard got married 26-year-old cinematographer Abraham Williams, who she met in 2012 when he volunteered for her campaign. The Vedic ceremony was conducted by Pandit Vinod Dave.

This is what the politician told The New York Times about her romance:

“As we got to know each other, we realised how much we actually had in common. We went for a long walk on our first date, and ended up at a pickup volleyball game with a few friends. Pretty soon, we were going on hikes, going surfing and spending as much time together as we could. Oftentimes that meant an early-morning surf before work. Our friendship and relationship developed over our mutual love for the ocean and surfing.”

The Congresswoman's first marriage ended in a divorce.

As with so many delighted brides, Gabbard shared her joy with the world on Facebook and Twitter. Here are some scenes from the celebrations. 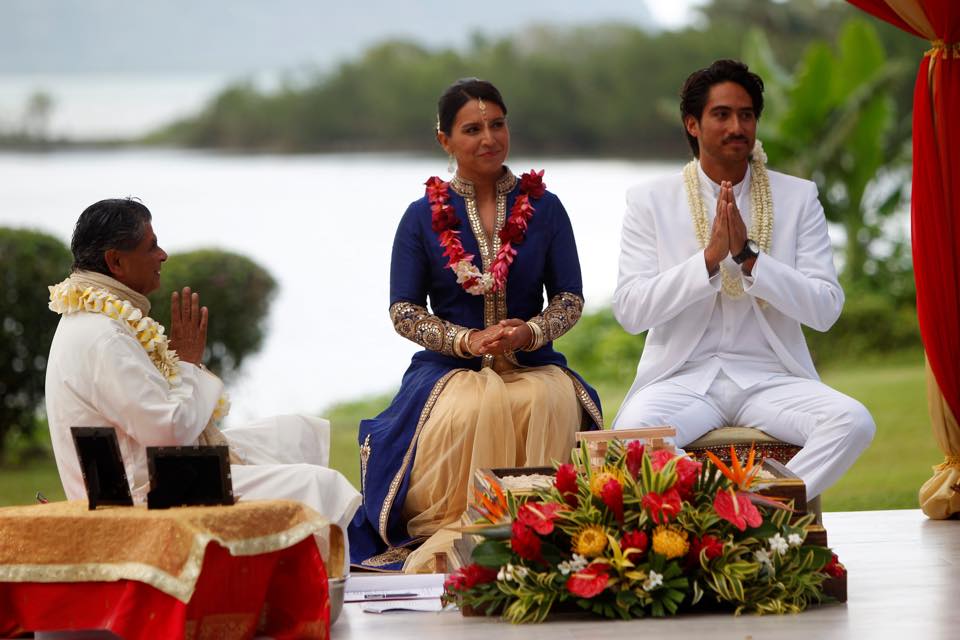 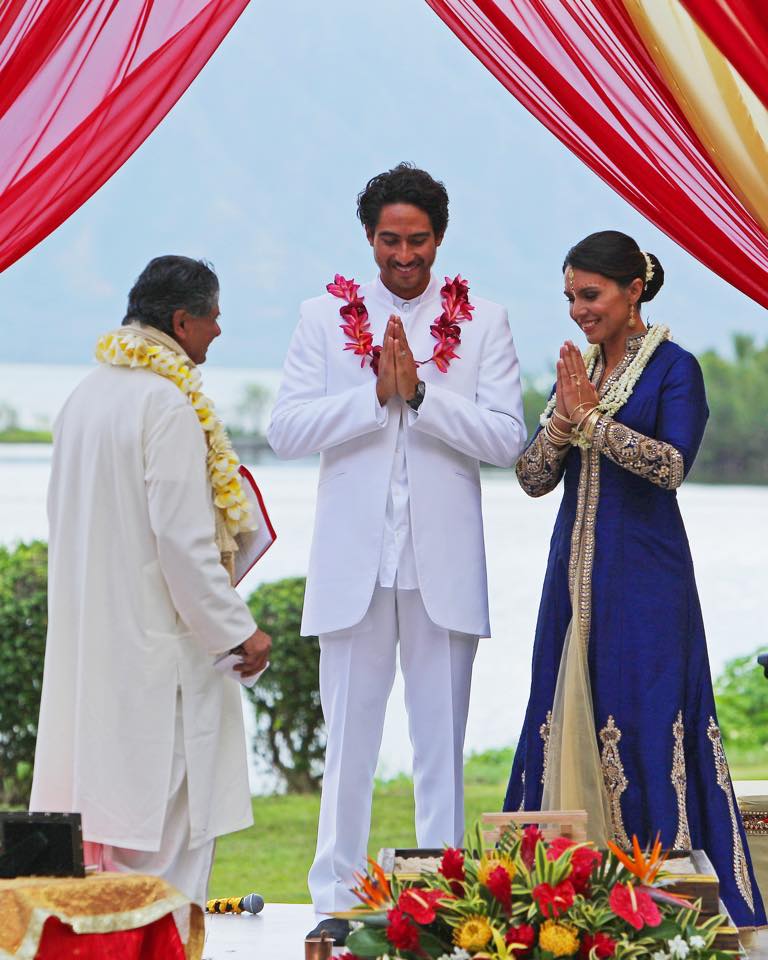 Parents of the bride and groom and all the guests bless the wedding rings. #TulsiAbeWedding pic.twitter.com/PPgDRLfnRt