May 03, 2015 · 11:30 am
Aarefa Johari
Till six months ago, most residents of Amboli village in Maharashtra’s Sindhudurg district had no idea that they shared their habitat with leopards. This changed when local school children installed a set of camera traps in the vicinity, giving visual proof that leopards not only walk near the village in the late hours of the night but also use the same paths humans use.

Equipped with infrared and motion sensors, camera traps have typically been used in India to keep a count of endangered tigers. But the villagers of Amboli are using them to capture striking images of boars, civets, bisons and local deer – animals that avoid contact with humans. 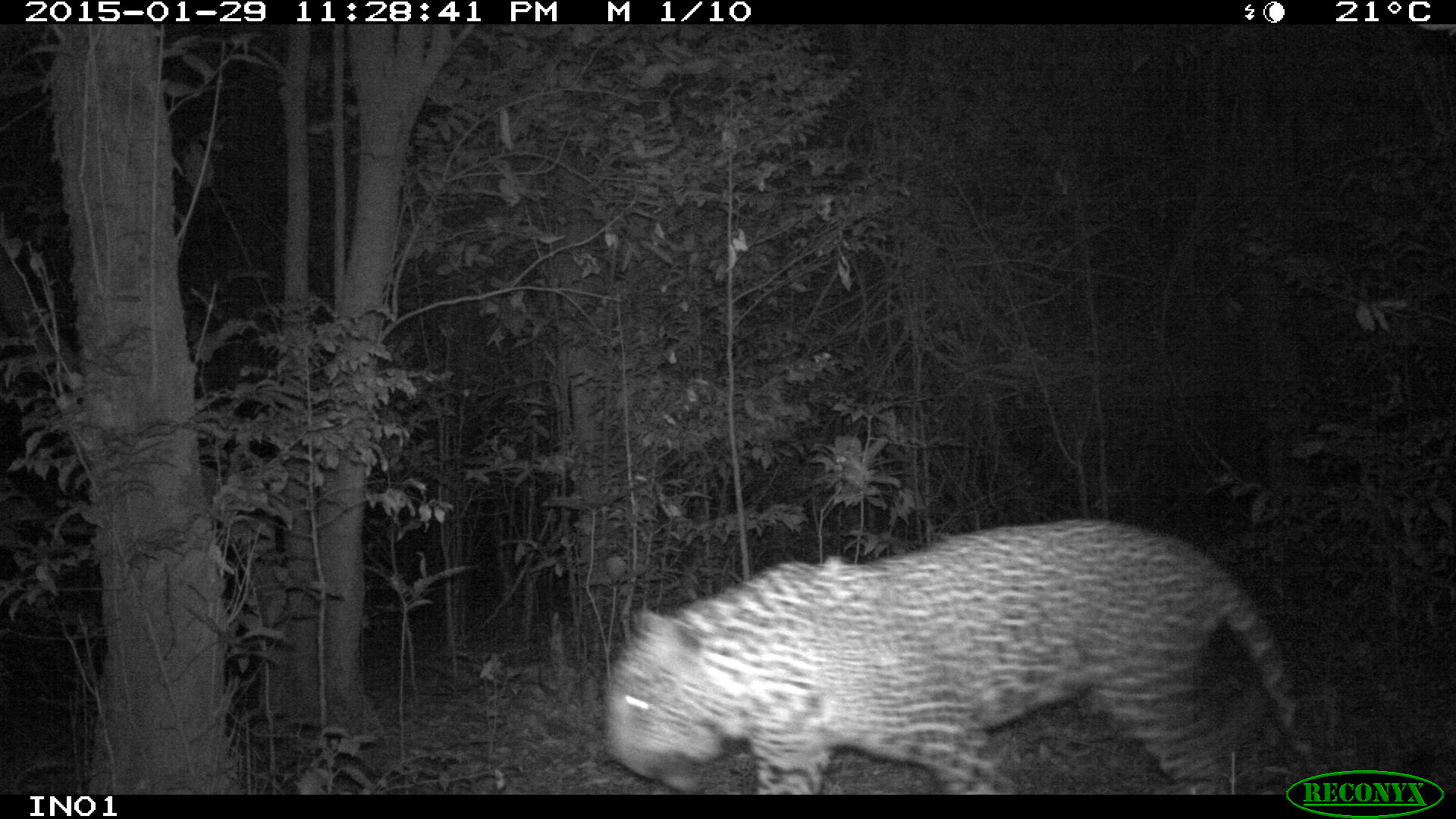 A leopard shot by a camera trap in Amboli, Maharashtra. All photos: eMammal Project

The camera traps in this hilly ecological hotspot in the Western Ghats have been installed as part of the eMammal Project, an international initiative to get children and ordinary citizens to study their local wildlife through images and videos, which are uploaded on the eMammal website and Facebook page.

The project was initiated in the US three years ago by the North Carolina Museum of Natural Sciences, but expanded to two other countries last year – Mexico and India.

In India, eMammal is being curated by the Bombay Natural History Society, which has enrolled three rural schools in Maharashtra to carry out the project in Sindhudurg, Palghar and Nagpur.

“The aim of the project is to help children understand animals in their surroundings by studying their habits, habitats, behaviours,” said Rahul Khot, a curator at the Bombay Natural History Society who is in charge of eMammal in India. “Because it is a ‘citizen scientist’ project, we sometimes get more information about local animals than professional researchers.”

In mid-2014, Khot and a team of experts from North Carolina trained teachers and middle-school students from the three schools to set up and use professional camera traps. Before long, the hidden world of mammals – particularly at night – began to reveal itself. 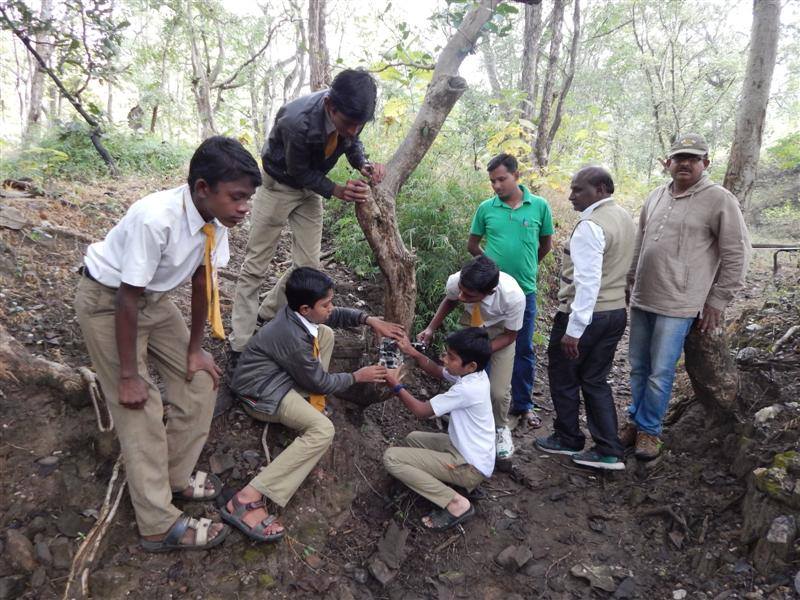 Students in Pawani, Nagpur, learn how to set up camera traps. 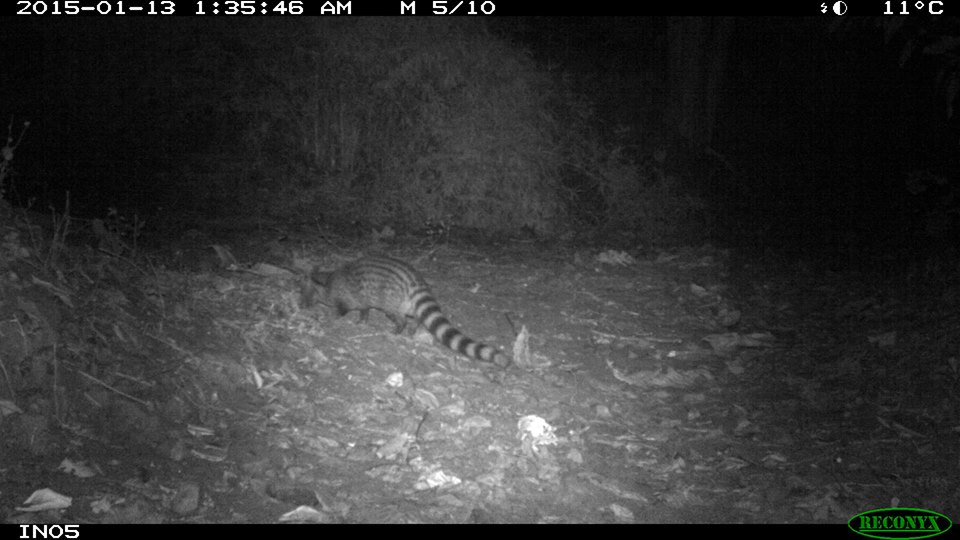 “In the past six months, our children have captured on camera at least 10 to 12 species of mammals, some of which they had never seen before,” said Prasad Gawade, a teacher at Amboli’s Union English School, which has its students from Class VI to VIII hooked to their eMammal field visits on Sundays. The school has been given three camera traps that it places at different spots for one week at a time. In the last few months, it has covered at least 16 different locations in and around the village, and plans to cover many more over the next six months. 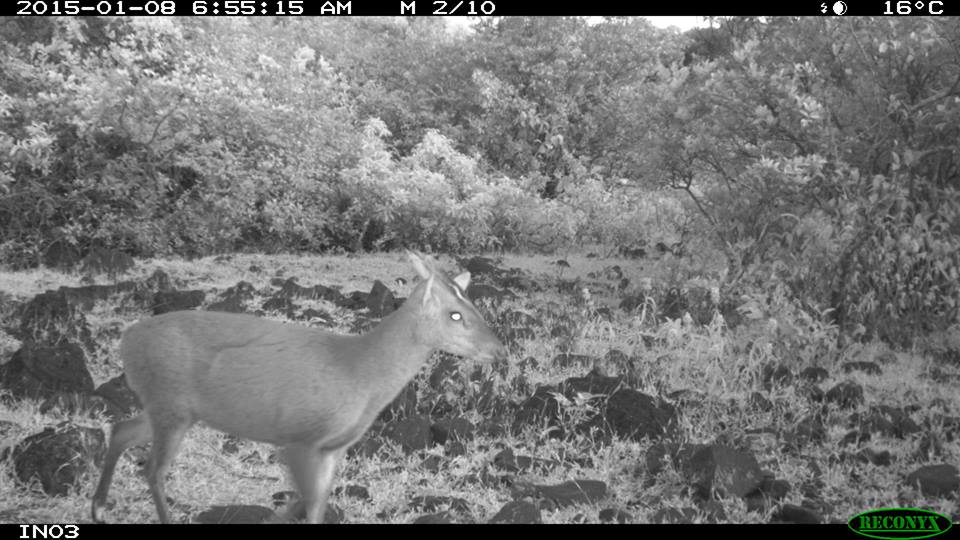 Amboli cameras capture the barking deer or muntjac, known locally as the bhekar 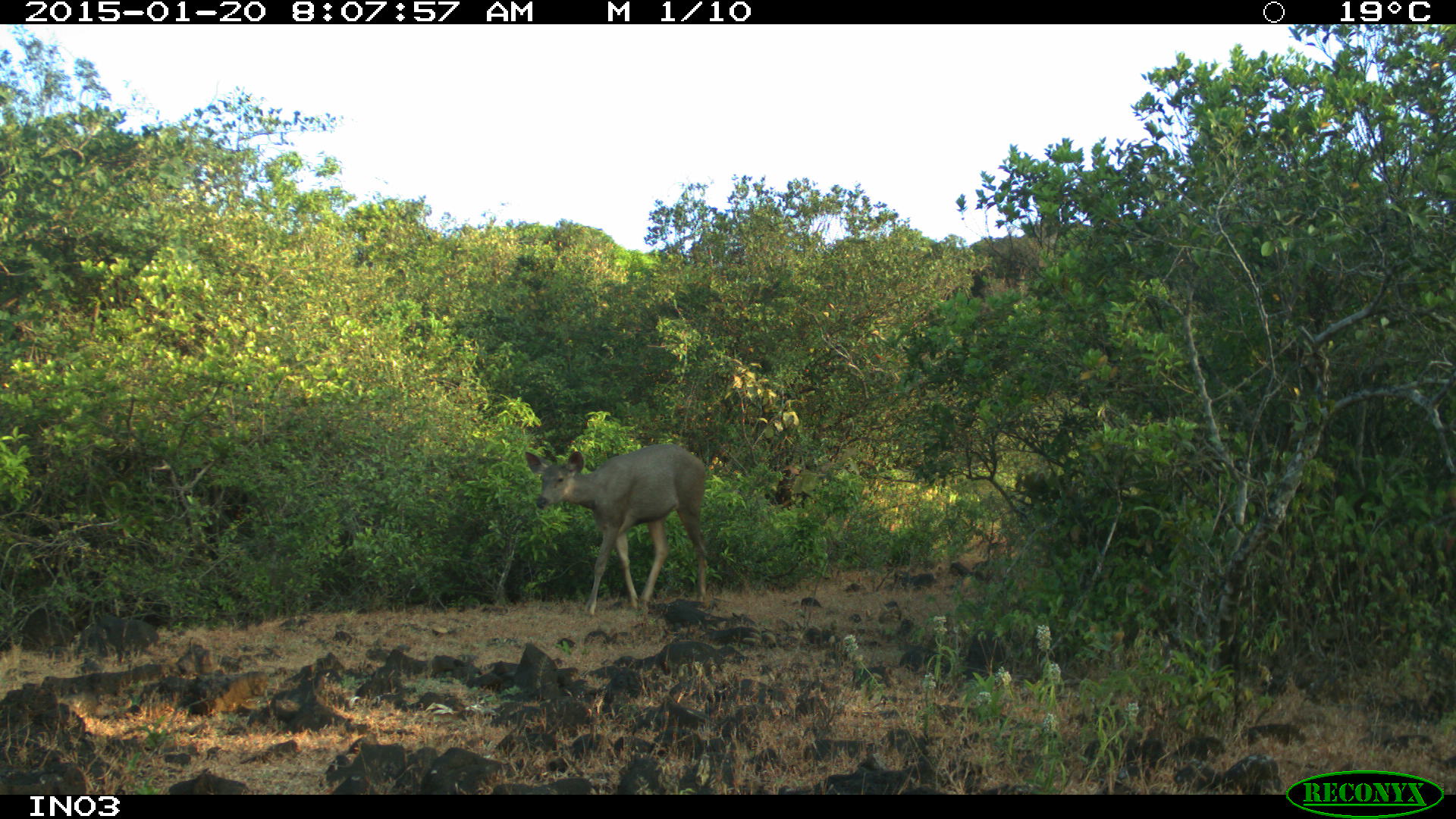 A sambar deer in Amboli

What Gawade’s students found most interesting was that the animals’ routes around the forest are often the same as human routes– they just use them at a different time of the day.

Students of Jai Seva Adarsh High School in Pawani, Nagpur, learnt a similar lesson about tigers. The village is not located within any protected tiger reserve, but their camera traps captured two striped big cats walking down a dirt road that local residents actively use during the day. 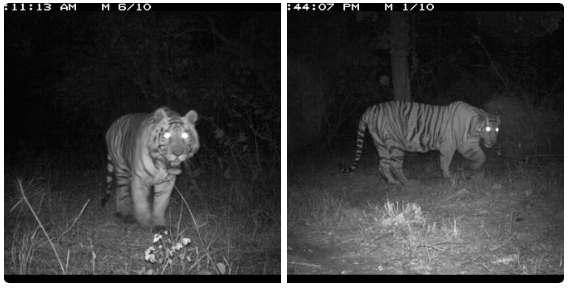 “Discovering which non-protected areas tigers are using to connect their populations between parks is very important, and it’s amazing that these school kids were able to help collect this data,” said Roland Kays, director of the Biodiversity Lab at the North Carolina Museum of Natural Sciences.

The eMammal Project, says Gawade, has been an effective way to help children understand the nature and importance of wildlife conservation. “The children now realise the dangers of losing forest cover, because they have seen the animals that could be rendered homeless,” said Gawade.

In US and Mexico

Students in the Maharashtra schools also periodically interact with their counterparts in the US and Mexico in online sessions where they share images and stories of mammals in their own localities. 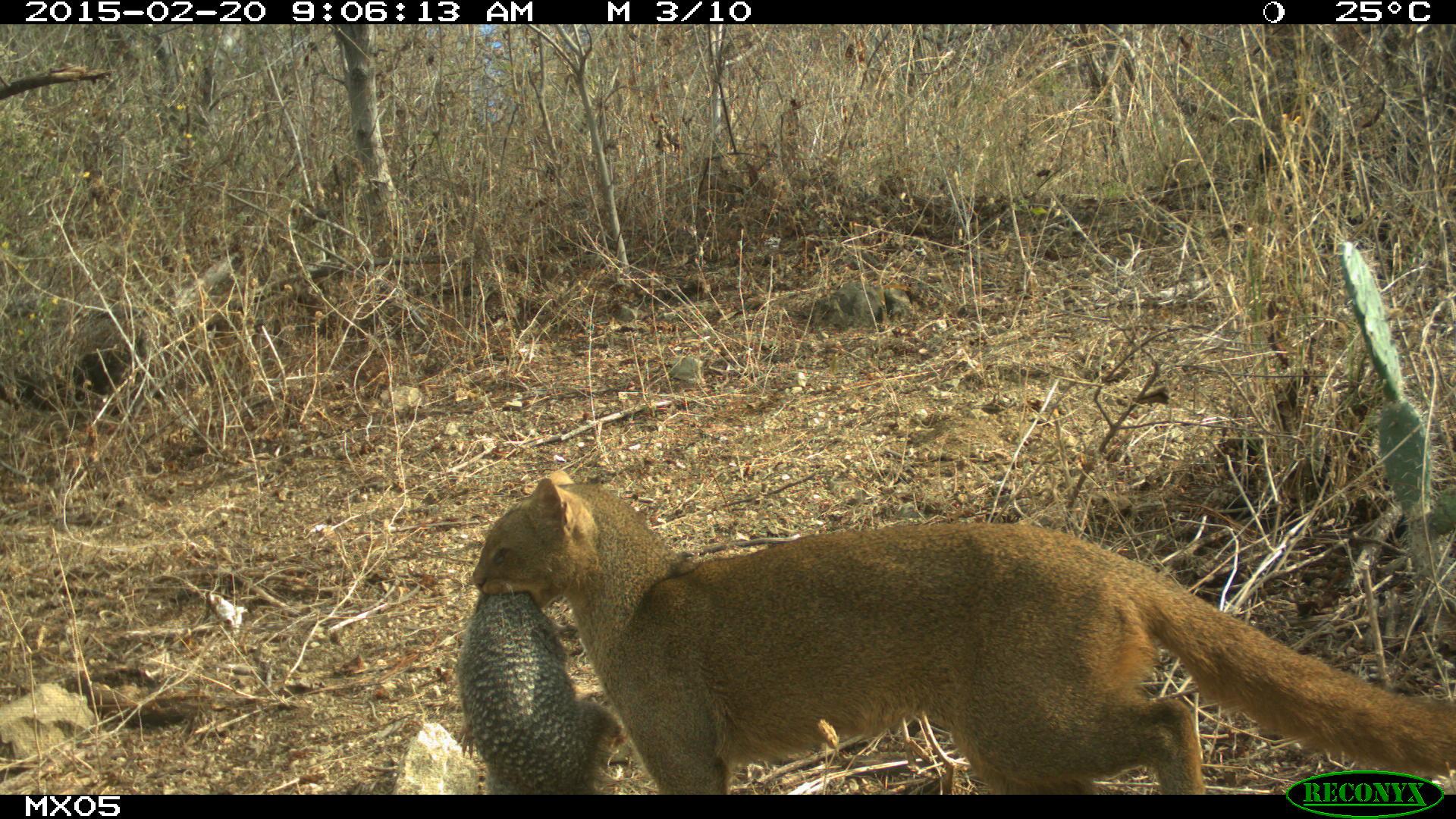 A jaguarundi preying on a squirrel in Guadalajara, Mexico. This wild cat is elusive, so the photo took students by surprise. 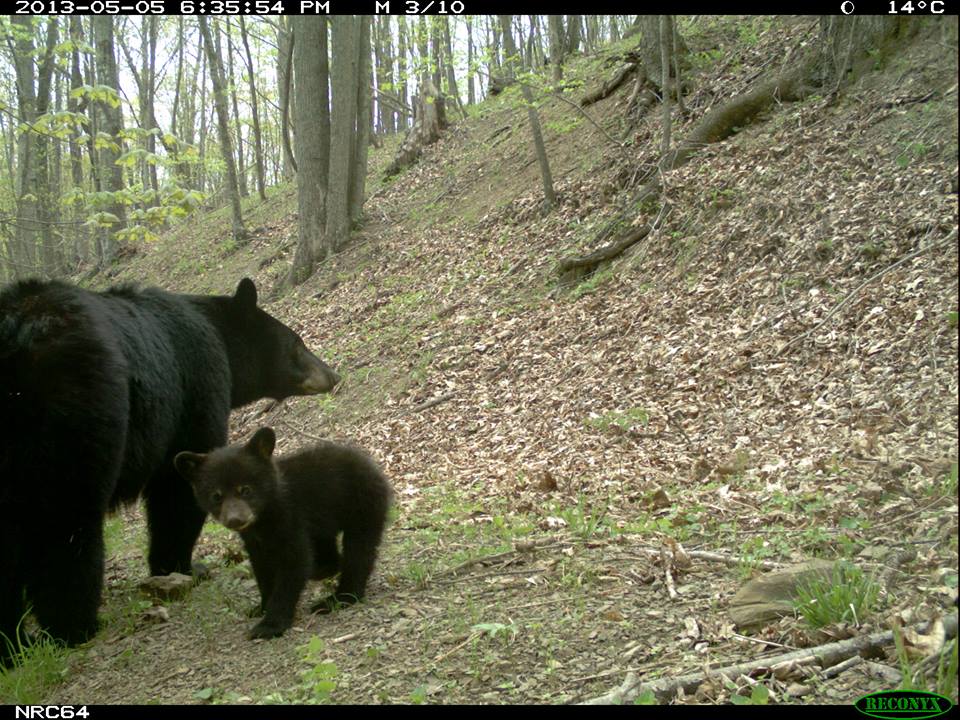 Bears in a forest in Virginia, USA

“It’s fun to see animals from other countries, and my favourite is the bobcat from America,” said Parth Bhise, a Class 8 student from Amboli who has been selected to visit North Carolina with his teacher next month to learn more about the project. 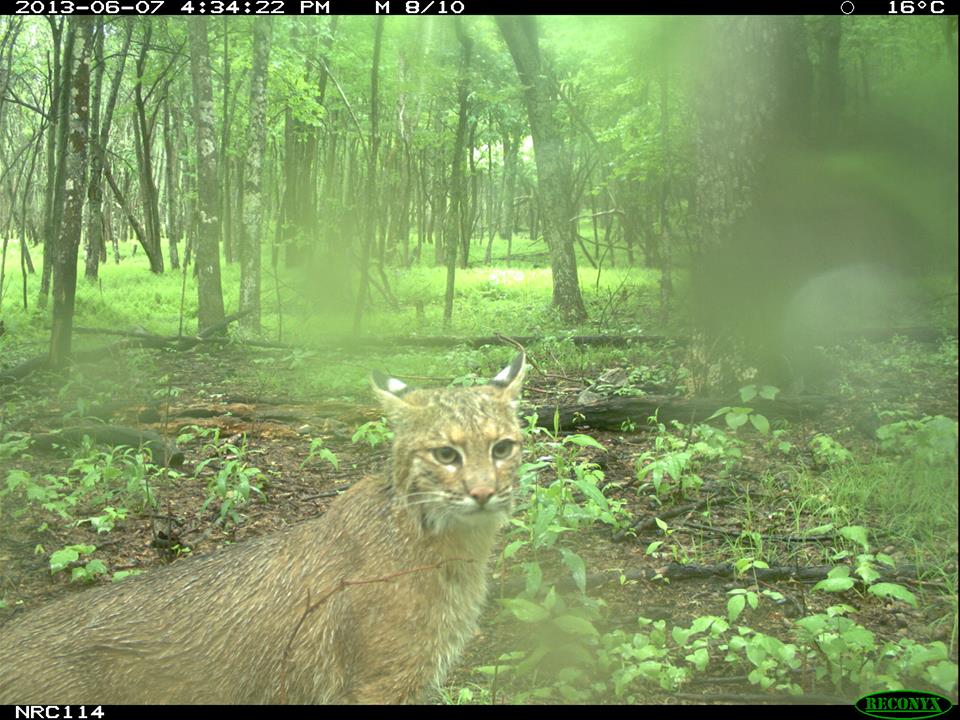 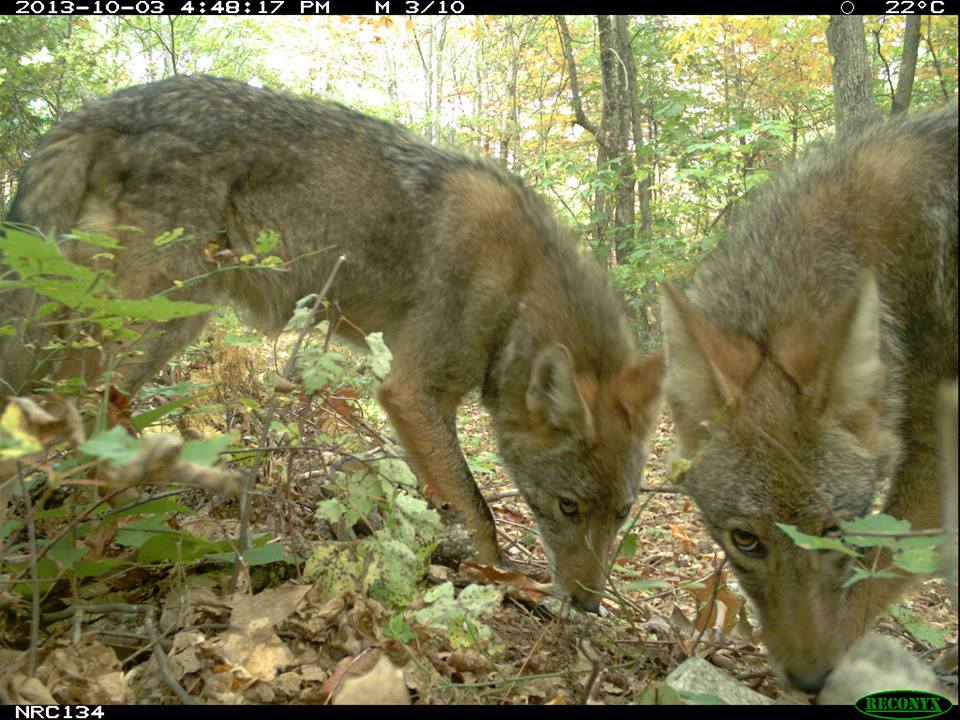 Coyotes curious about the camera trap in Virginia