Contribute Now
Ad
All-round outrage exploded on Friday when the Maharashtra government announced yet another ban, this time on the iconic injunction emblazoned on the back of most Indian trucks: “Horn OK Please”. The order is an attempt to address the issue of excessive honking on the streets. It is based on the delusion that this painted phrase is responsible for creating noise pollution.

In a country where traffic signs are treated not so much as rules to be followed but as decorative street art, removing a colourful phrase from a truck is unlikely to dispel the belief that jamming one's car horn into the steering wheels will miraculously make traffic evaporate.

Besides, the Maharashtra ban ignores the fact that the phrase is beloved of truckers across the country. Those travelling to Maharashtra are unlikely to follow this order. Other slogans may be optional (“Buri nazar waale teraa muh kaala”, “Use dipper at night”, “Maa ka aashirwad”), but trucks without the “Horn OK Please” sign are rare. The phrase has grown well beyond Indian roads. It has inspired innumerable blogs and videos, an anthology of stories, kitschy pillow art for urban hipsters, and restaurants in Pune, Rajkot, Indore and even London.

The phrase has even made its Bollywood debut as the 2009 comedy flop Horn Ok Pleassss. More recently, it appeared in Dedh Ishqiyaa as Punjabi rapper Honey Singh’s first collaboration with Gulzar.

Where did it come from? 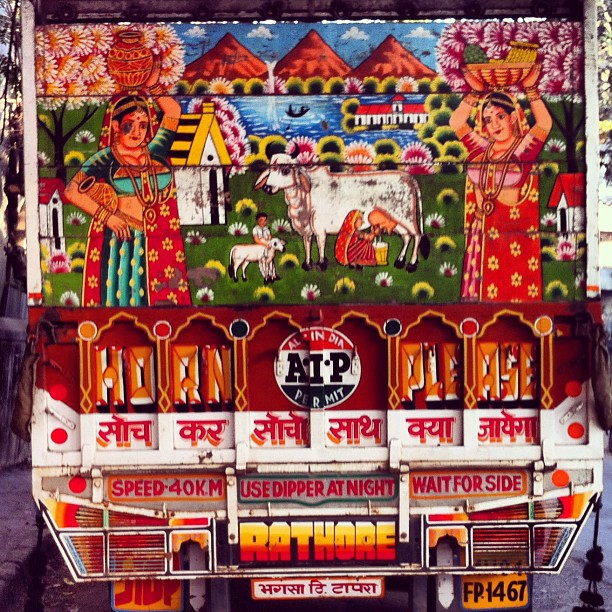 Apart from its practical use – honking would warn a truck driver not to switch lanes when a vehicle behind him is attempting to overtake – nobody seems to know where “Horn OK Please” comes from, or even what it means. Semantically, it makes no sense if you read it as a complete sentence, unless you are speaking Indian English where the tone of the phrase suggests a polite request in the “Ok”.

On the other hand, the font and placement of the “OK”, usually bigger and bolder than “Horn Please”, might indicate a conversation split unnaturally to serve the cause of aesthetic and visual balance. The truck, in this theory, says “Horn Please” and the vehicle behind acknowledges it depending on its mood and font with an aggressive or cheerful “OK”. Picture what “Horn Please OK” would look like using the same style and it becomes evident that that phrase does not quite cut it. 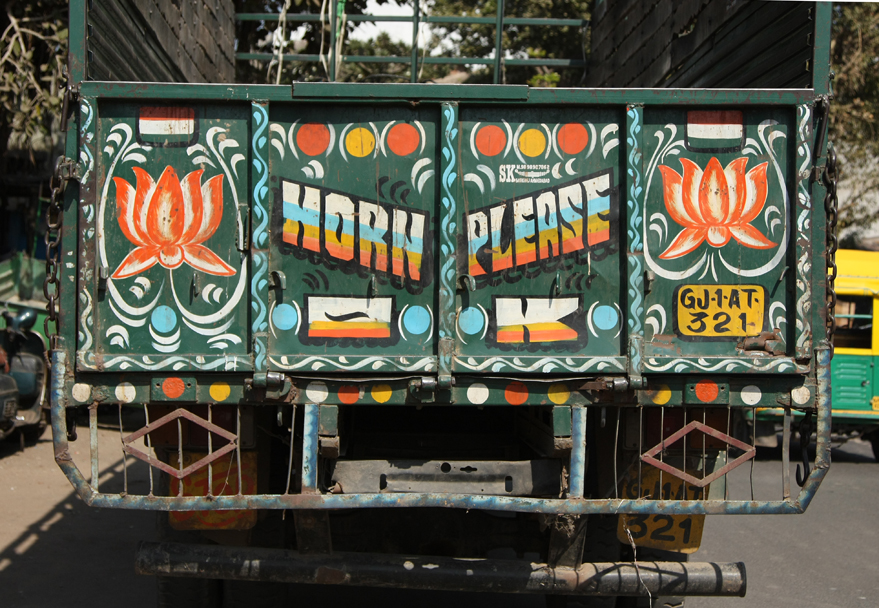 Could it be a sly marketing campaign that agents forgot to inform painters had ended? The Quora theory goes like this. Tata Motors was the largest manufacturer of trucks in the decades just after Independence. Around the same time, Tata Oil Mills Co, another Tata group subsidiary, launched a washing soap called OK. The logo of this possibly unambitious soap, it seems, was the lotus commonly seen on top of the OK on the back of trucks. This, the Quora theory claims, suggests that one Tata company added the OK as a favour to another. In time, perhaps since the lotus looked good and people had forgotten what OK meant, it continued to remain on trucks to this day.

There is even a theory that the phrase “OK, tata, bye bye” is a devious advertisement for that much-celebrated soap. 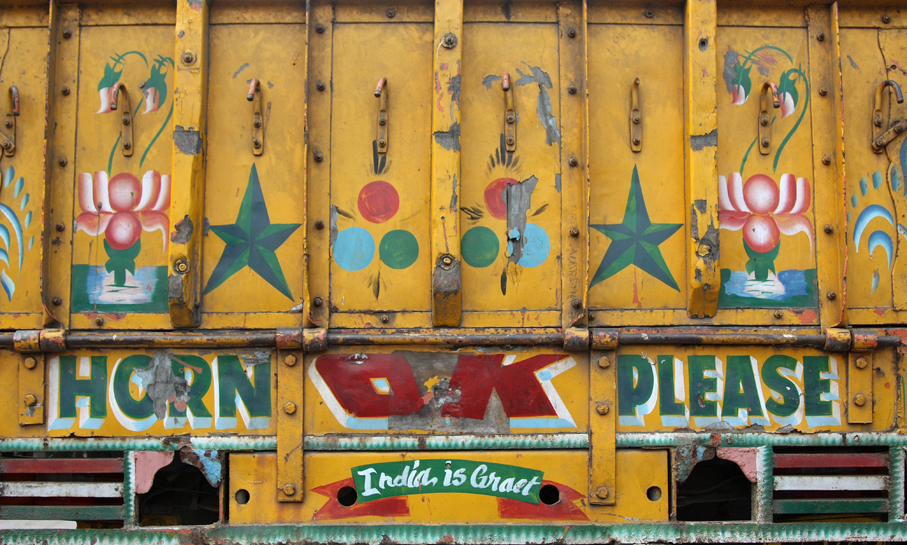 Popular folk histories aside, there are some more credible origin stories.

One dates it back to the Second World War, when due to diesel shortages, kerosene had to be used in trucks instead. To warn others to keep their distance due to the unstable fuel in its engine, truck drivers painted OK, or “on kerosene” at the back of their truck. Theoretically, diesel trucks can run on a mix of kerosene and diesel, as several cases of diesel adulteration even today shows. 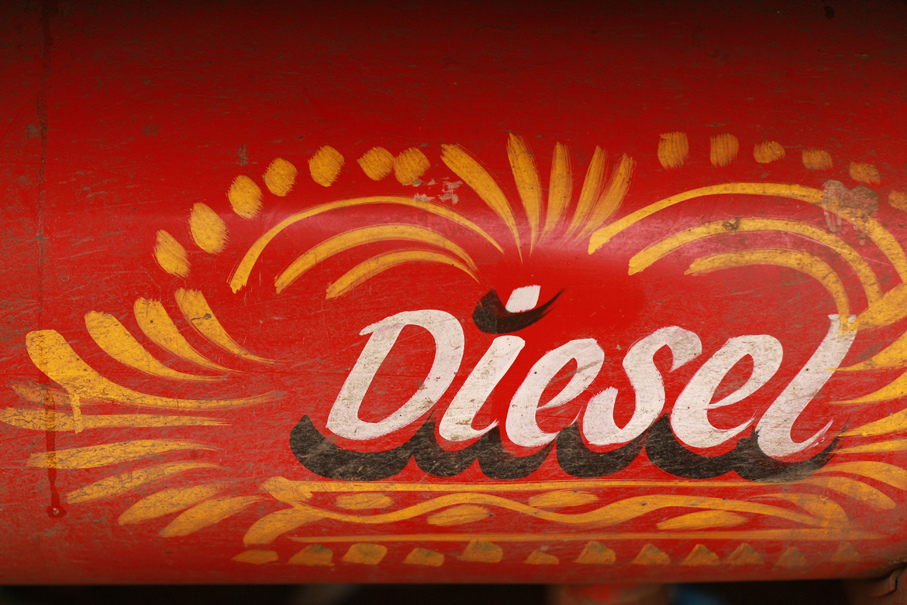 Muneer Noorani, a Quora user, might come closest to the truth. He spoke to old truck drivers at his godown, who credited it to India’s old single-lane highways. Noorani wrote:

The ‘OK’ was accompanied by a bulb over it, which the driver of the truck would switch on to signal the vehicle behind it that there is no oncoming traffic and hence it was okay to overtake,” This arrangement was placed in the centre. […] Gradually the practice of using the bulb to signal other drivers faded away (probably because of the non-maintenance of the bulb and also the emergence of multi-lane highways), and the OK remained, sandwiched in between the horn and please.

And now here is the trailer of a 2012 documentary on truck art in India, appropriately called Horn Please.