Contribute Subscribe
Ad
Between April 6 to 12, average carbon dioxide levels touched 404.02 parts per million, the highest-ever in recent human history ‒ and 15% above the levels scientists say is ideal for Earth, 350 ppm.

February, March and April had monthly average CO2 levels higher than 400 parts per million, the first time in recorded history all three months have reached such levels, according to the keystone Mauna Loa observatory in Hawaii.

These rising levels have growing relevance for India, as it struggles with a farm crisis brought on by uncertain rainfall, attributed increasingly to climate change, as IndiaSpend recently reported.

India is the world’s third-largest emitter of CO2, the chief greenhouse gas. A renewed push for industrialisation will have to be balanced against further climate change.

The 400 ppm mark is a milestone when it comes to CO2 levels in the atmosphere, and the first day to record such levels was May 9, 2013.

“Current [atmospheric] CO2 values are more than 100 ppm higher than at any time in the last one million years (and maybe higher than any time in the last 25 million years),” said Charles Miller,  Principal investigator at NASA’s Carbon in Arctic Reservoirs Vulnerability Experiment after the 400 ppm threshold was passed. “Even more disturbing than the magnitude of this change is the fact that the rate of CO2 accumulation in the atmosphere has been steadily increasing over the last few decades, meaning that future increases will happen faster.”

April 2014 was the first month in human history with an average CO2 level above 400 ppm. April 2015 recorded a level of 403.26, nearly two points higher than the same month last year.

In other words, the records being set by CO2 levels are being consistently reset.

Why this matters to India

The rising CO2 levels have been linked by the UN’s Intergovernmental Panel on Climate Change, in a 2014 report, to rising ocean and land temperatures as well as rising sea levels over the past 35 years.

As to how rising CO2 levels have affected or would affect India specifically, it is not clear. Claims in a 2007 IPCC report that the Himalayan glaciers would melt away in the near future have proven to be not credible. However, as we said, a series of studies have shown that unseasonal rain and erratic weather unsettling the Indian farmer ‒ and the nation’s agriculture, economy and politics ‒ are no aberrations.

As the world’s third-largest contributor of greenhouse gas emissions, India may be in a unique position to affect atmospheric levels of CO2. While its total emissions are rising, its per-capita emissions at 1.9 metric tons are close to a third of the global average, a quarter of China’s and an eighth of the USA’s. 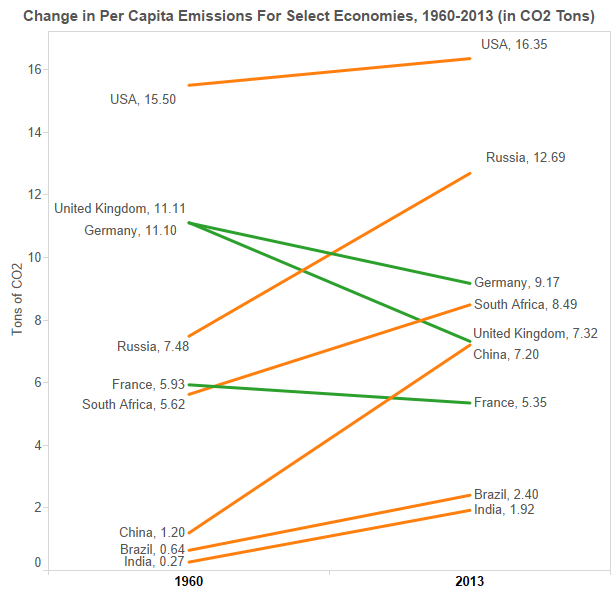 The path of industrialisation and urbanisation that India adopts will have a significant impact on the world’s warming and its own health status. Already, 13 of the world’s 20 most-polluted cities are in India. 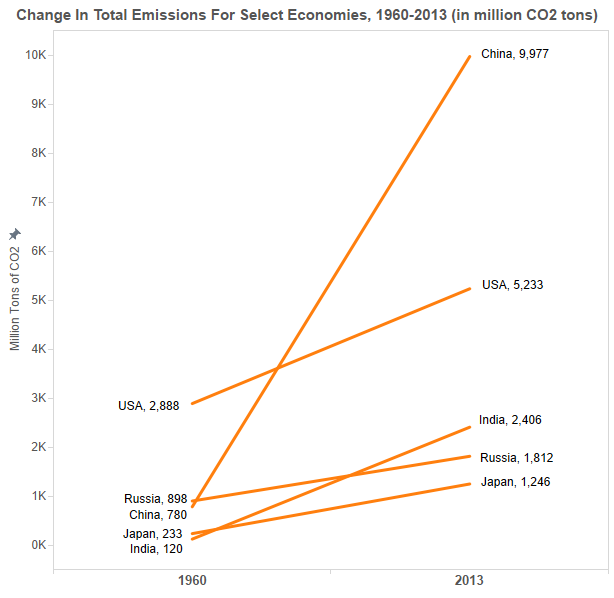 India’s stance at various conferences, including the Climate Change Conference in Lima in 2014, has been that it was unfair to demand emissions cuts from developing countries. The argument being that these economies were still growing compared to the developed world, and that such emission levels would be unavoidable if they want to catch up.

However, Prime Minister Narendra Modi has set India on an ambitious programme of using nuclear and renewable energy to power its industrialisation, as it attempts to move some of roughly 600 million people working on farms to factories.

“I think if you look at the whole world, and the whole issue of climate change, if there is one part of the world which can provide natural leadership on this particular cause, it is this part of the world,” Modi said in an interview to Time magazine.

India may take an uncompromising position globally to protect its own interests, but it’s difficult to ignore the warning signs from Mauna Loa.