The 28-year-old and I are sitting in a tiny tea shop off Aizawl’s old Zodin theatre. It is Saturday evening. The city is slowly shutting down for Sabbath. And I have just asked him how he accesses news.

He doesn’t answer immediately. Instead, Peecee, as his friends call him, asks the young girl behind the counter if she has a copy of the day’s paper. She doesn’t. No matter. He leans forward on the table, blinks earnestly, and says, “Have you seen the papers here? The first page has local and state news. The second page is national news. The third is notifications. The fourth has articles by Mizo writers. The fifth is ads. And then the last three pages are sports. Why should I read a paper like that when I can get much more news on the internet?”

His answer echoes what I have heard elsewhere in Mizoram. For a state with 11 lakh population, it has a crowded newspaper industry. There are three English papers – Highlander, Newslink and Mizoram Post – and three Mizo papers – Vanglaini, Aizawl Post, and Zozam Times.

However, most of these are small four- or eight-page affairs with limited local news. Mizoram Post, for instance, the biggest English paper with a claimed circulation of around 60,000, is published from the town of Silchar in neighbouring Assam. Apart from a part of the front-page, it has just one page for news from Mizoram. The biggest selling Mizo paper, Vanglaini, has a circulation of 45,000 but it, as its joint editor Lalnghinglova Hmar concedes, is a moderate paper with little investigative reporting.

The other papers are smaller. Some have proprietors with political leanings. “Also, there are TV channels,” Peecee goes on. “The paper can tell us that there was a riot at Vanapa Hall [one of the venues for public meetings in Aizawl] in a small story the next day. But the TV channel can show it to us. No offence but it is the old people who do not know how to use the internet who read the papers.”

But the TV channels, again, have limited time and space for news programmes.

And so, in the last three years, Mizoram has seen the rise of a new beast in the journalism space – “Mizo Only” discussion groups on Facebook. Aggregating news and disseminating updates and opinions from readers, these have grown rapidly. One of the biggest groups, Special Report, has 1.34 lakh members. Another, called Chanchinthar, has over 80,000 members.

At present, every town in Mizoram has its own Facebook group, said Familia Fanai Laltansanga, one of the administrators of Special Report. In all, he said, the state will have over 20 such groups. 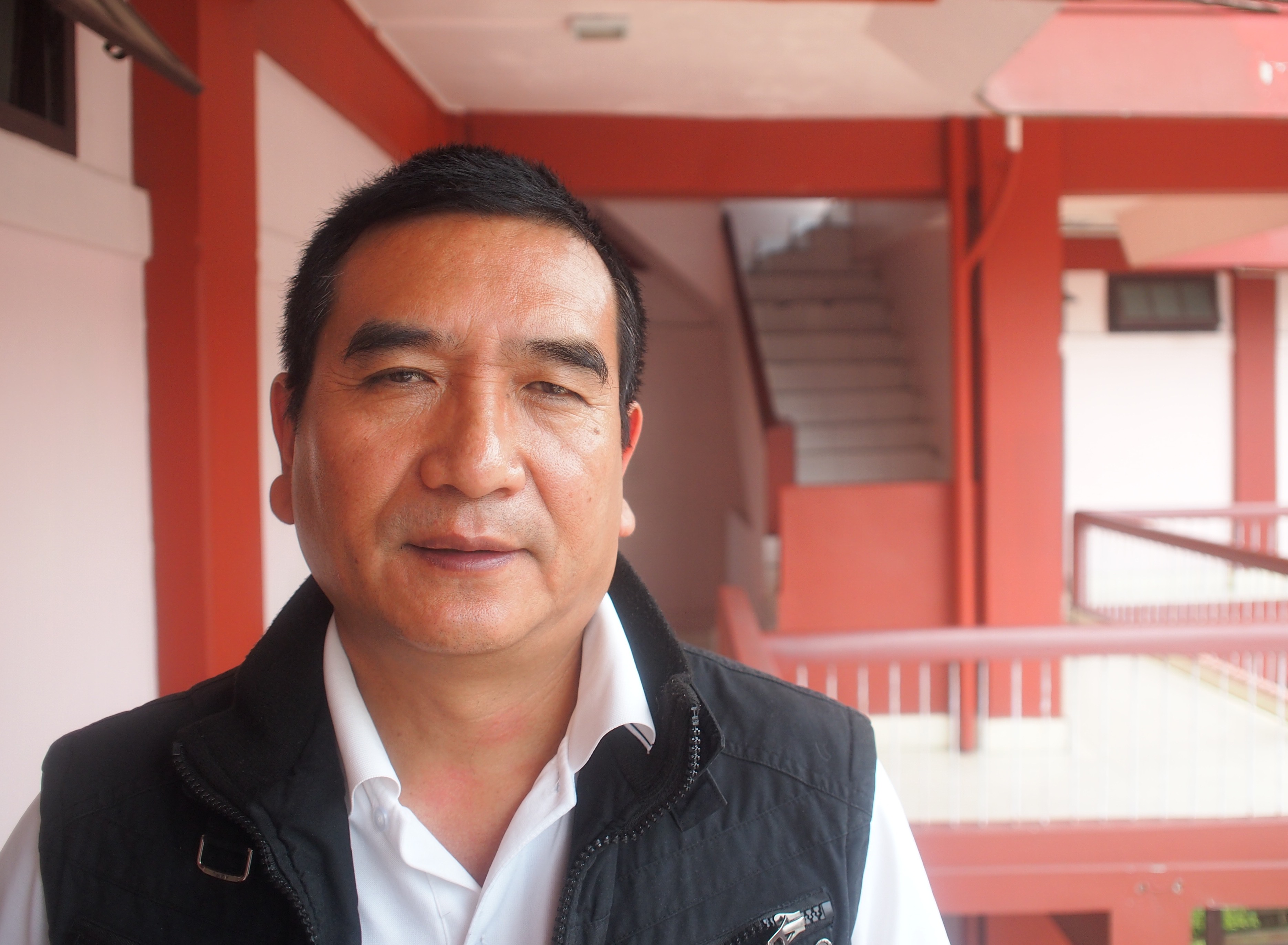 In my days in Mizoram, I found most locals subscribed to one or more of these. The groups, curating news reports from the dailies and getting updates from their members across Mizoram, provide more granular information about the state than its papers do. As a result of this, more people are sourcing news from social media than traditional media. And in that sense, Mizoram is closer to the future the rest of us are still plodding towards.

The couple sitting at the table behind us pay and leave. Three of the four tables in the shop are now unoccupied. The girl managing the store starts tidying up the fridge.

What does it look like, this journalistic enterprise in Mizoram?

It runs, almost entirely, on mobile phones. In the last three years, the state has seen the arrival of cheap smartphones. One day, I walk into Millennium Centre, the biggest mall in Aizawl and see smartphones that start from Rs 2,500. Some of these are Chinese knockoffs of iPhones, called iPhenos, and Nokia (now Windows) Lumias. 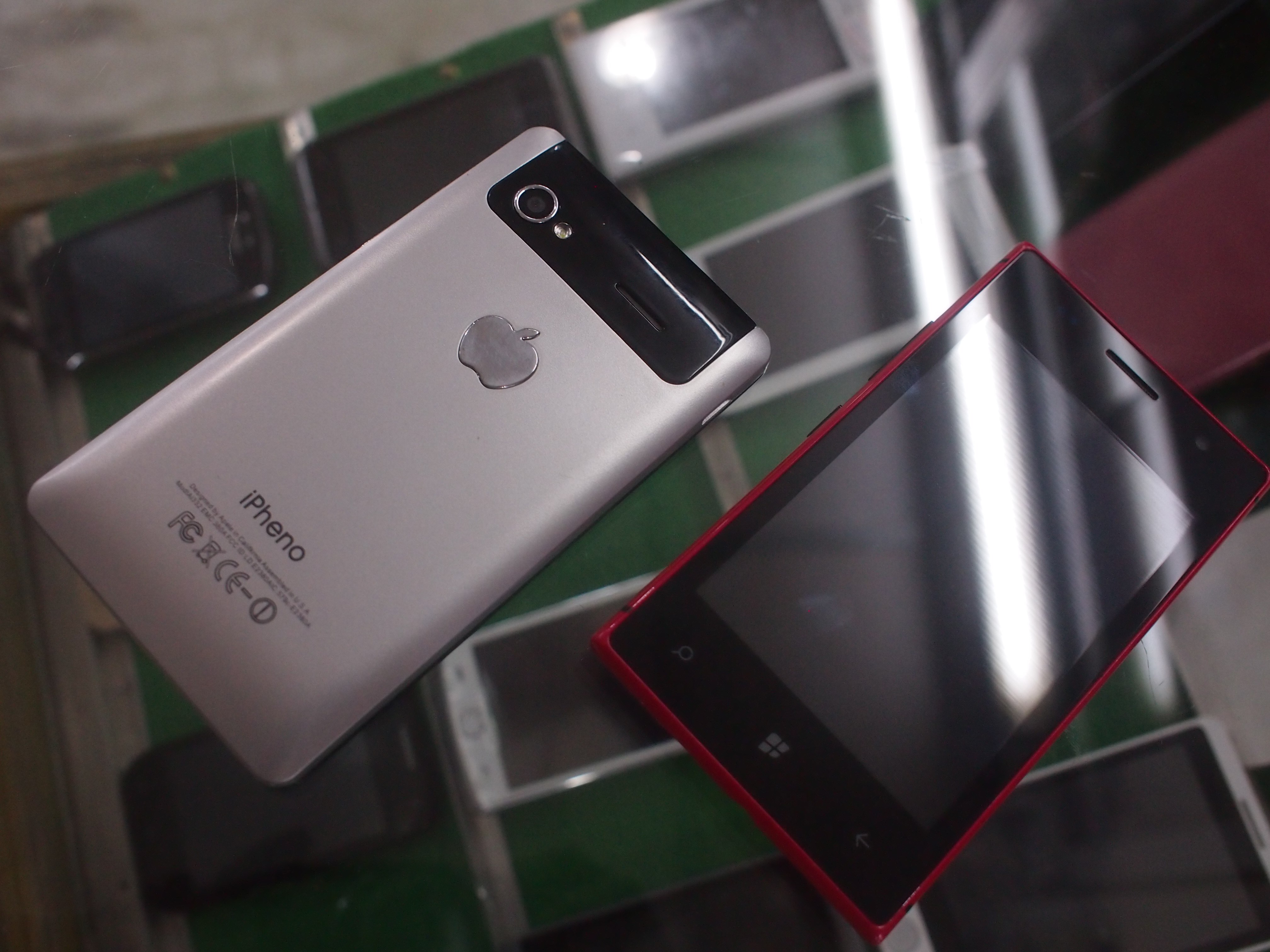 The 'iPheno' in a mobile shop in an Aizawl mall.

Zosangzuala uses a Rs 13,000 Asus. He was, he tells me, about to buy a Rs 3,000-4,000 Android when his uncle gifted him Rs 10,000 for a phone. He is interested in computers and wondering if he should do a Master’s in computer application or pitch an offer to government departments to maintain their computers in return for an annual fee. He finally bought Asus.

The journalistic enterprise is aided by the 3G network that covered the entire state by last year.

If smartphones and 3G provide the means for getting information to the members, Facebook provides the platform. To find out more about these groups, I met Familia Fanai Laltansanga, one of the administrators of Special Report. The group had been set up by Vanneihthanga, a journalist with LPS, one of the two biggest cable networks in Mizoram. Special Report was initially created as a private group, to share articles of interest among Vanneihthanga and his friends, but as word spread, it found itself awash in membership requests.

Listening to Familia, a secondary school teacher in his fifties, it seemed the founders too had been taken by surprise by the response to the group. “The mistake made at that time was that Special Report was created as a secret group. People searching for it couldn’t find it. Even so, it grew fast. We have created a new group called Mizo Special Group. This has 80,000 members now and is increasing day by day.”

The reason Special Report took off lies in the unsated demand for information. Who joins as a member, I ask Familia. “There are so many young people from Burma who are now in other countries,” he replies. “They are lonely. They have no news of their part of the world. Or news in their language. A lot of those people have signed up on Special Report. There are about 70,000 Chin people all around the world. In our case, of our 130,000 subscribers, about half will be outside India.”

In some ways, the structure of the group is similar to that of Wikipedia. It works through administrators, about 12-15 of them. “Some of us are missionaries, others are housewives, some are school teachers. We work as volunteers.” This is where the Mizo spirit of Tlawmagaihna or selfless service meets the internet ideals of collaboration and user-generated content. Says Maya Ganesh, a digital technologies researcher at Tactical Tech, a Berlin-based that pushes the use of digital technologies by civil society organisations as a strategic tool, "It's like a traditional philosophy and the user-net have met."

The administrators have three functions. One, the administrators approve memberships. They also approve what people want to post. Only comments go live unscreened. Three, administrators like Familia also write posts. “I have a background in science. I used to read Time, India Today, etc, and that is how I developed my understanding of the world. So I write about the world,” he says. “Every morning, I get up at 4.30am and read BBC, CNN, Al Jazeera, Time and Burmese news like Irrawaddy.”

This forms the base for what he calls research-based writing where he discusses developments in Mizoram and elsewhere. Apart from this, there are local updates. Members can report on developments in their vicinity.

The biggest plus of such a journalistic enterprise is it enables information to flow up as easily as it can flow down. Being almost entirely in Mizo, it democratises information. The elite and the poor have access to the same information.

At the same time, the groups have two weaknesses. One springs from their Mizo-only nature. They cannot touch certain topics. Says Familia, “When we write on Chakmas – a local Buddhist minority that is not regarded as locals by Mizos – our readers get very angry. We get a lot of negative comments.” This makes the groups operate as an echo chamber of likeminded people.

Two, some of the updates posted by members are incorrect. “People feel they can say whatever they feel,” points out Lallian Chhunga, an assistant professor in the political science department at Mizoram University. “One girl posted about a rape in her village when there was actually none. Another girl reported a vehicle accident in southern Mizoram. The police went there and found the information was wrong.”

Some of this is about people being unversed in a new technology and not knowing the risks and responsibilities it comes with. And some of it is to do with people going out to incite.

Says Vanneitluanga, who oversees programming at Zonet, one of the leading cable networks in Mizoram, “There was an instance where someone posted a photo of a man burnt alive, saying this is a pastor being burnt alive in Nepal. But that came from Ecuador. And it was not a pastor. I went online, looked for that photo, and then wrote back to the people saying they are misinformed. The only thing to do is educate people.”

In some of these cases, people have been booked under the Information Technology Act. A youngster who said on Facebook that he was in favour of killing unborn infants was summoned by the state children’s commission.

It is to avoid such comments why, Familia says, administrators like him put up locals’ updates only after checking them. It is not clear, however, if all groups do this. “If people hear anything on another group, they come to us to verify if that is correct.” Or, he adds, they go to the papers. “The papers are slow with their news. But they are seen as reliable.”

This is then the emerging construct of newsgathering in Mizoram. Cash-strapped papers with limited resources. And quick (and sometimes unsubstantiated) updates from the field on the internet. Whether, and how, these develop any synergies in the future remains to be seen. For now, Special Report is planning to create a website and a magazine. The magazine will be available as a print copy and in pdf format. “We are thinking of it as a 96-page magazine,” says Familia. “For this, we might start a reporting team.”

Even as the churn continues in Mizoram, the state government is yet to start taking the groups seriously. “Right now, we have more reach than the local newspapers,” says Familia. “But we are not recognised by the government. It doesn’t invite us for its press conferences.”