Become a Member
Ad
Prime Minister Narendra Modi is never away from the front-page headlines. For the past week or more, regular readers of newspapers have been waking up to even more coverage of him and his government than one has got used to seeing routinely. The occasion is, of course, the completion of his first year in office.

On Tuesday, the coverage seems to have reached its pinnacle with newspapers filled with graphics, report cards and even a long drawn letter penned by the Prime Minister himself to the citizens, assuring them that “this is just the beginning”. Not all seem to be convinced, though. Newspapers from around the country reacted differently to the first one year of the National Democratic Alliance government. While front pages of some national dailies were completely ‘Modi-fied’ to mark the occasion, others ran with lukewarm response to the year and an objective analysis of the government’s first year. Many papers from the regional press around the country decided to treat it is an another day in the office and led with their usual reportage instead.

A common denominator, however, in all major newspapers’ front pages was the large advertisement where the PM chose to pen his letter to the nation that occupied almost half of the front pages.

Here’s a look at the front pages: 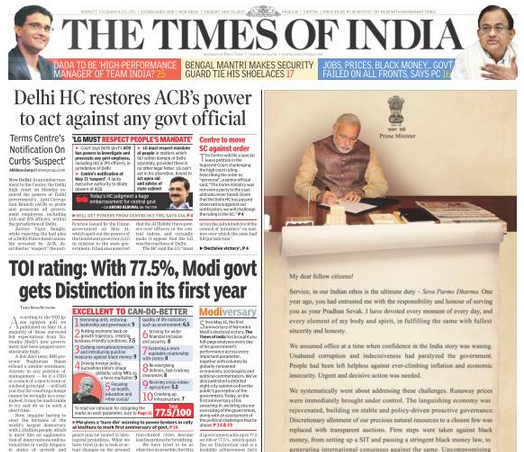 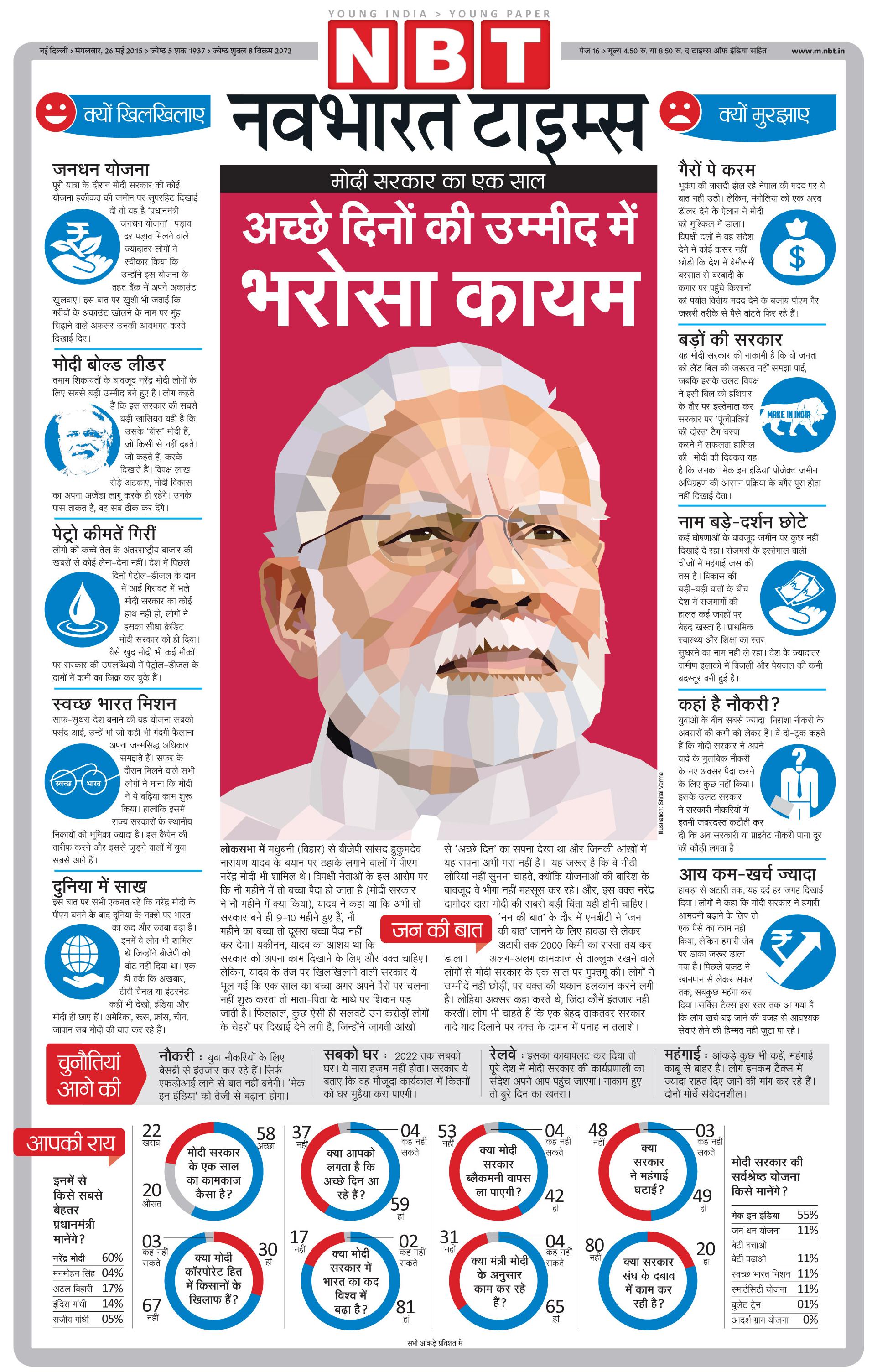 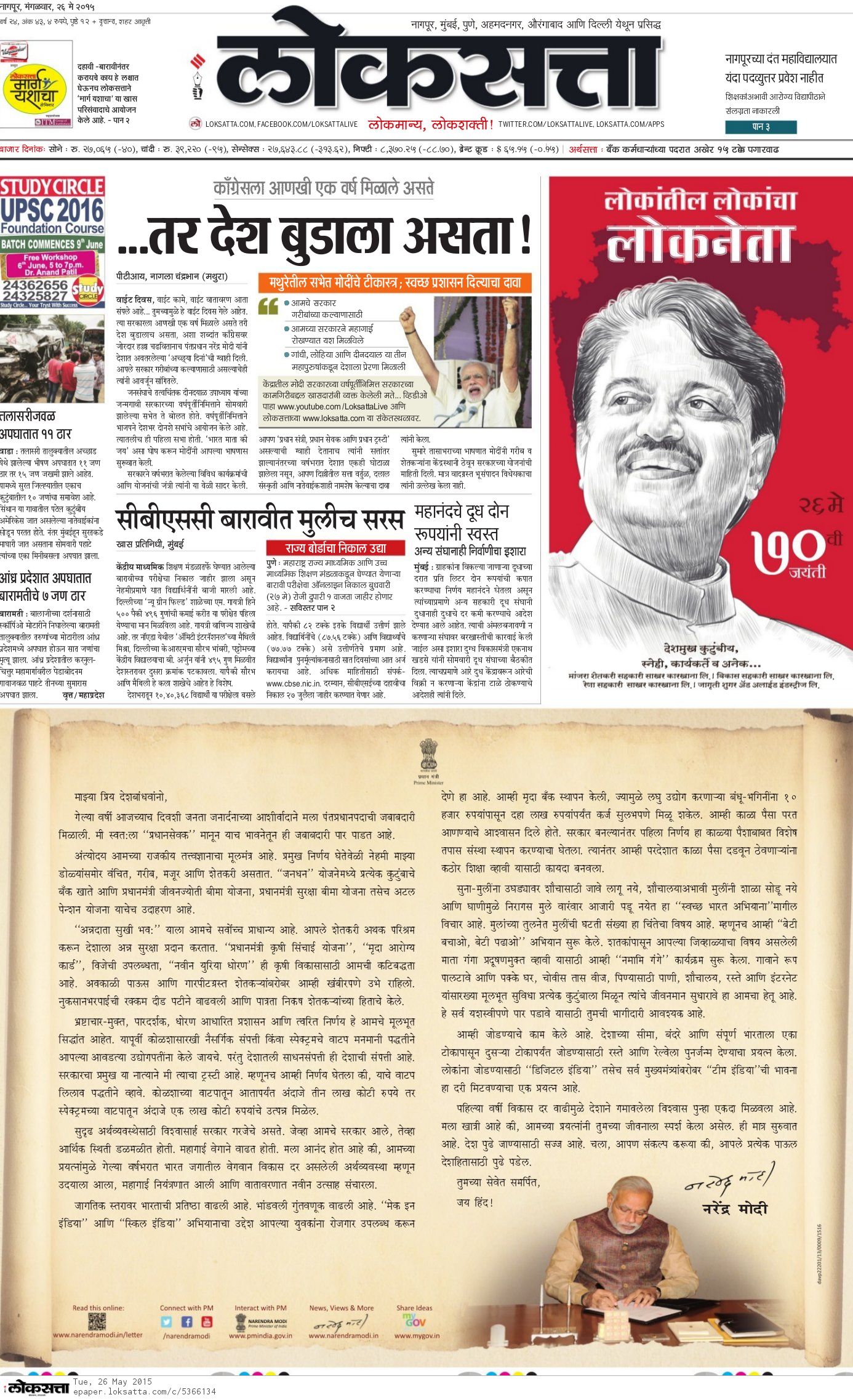 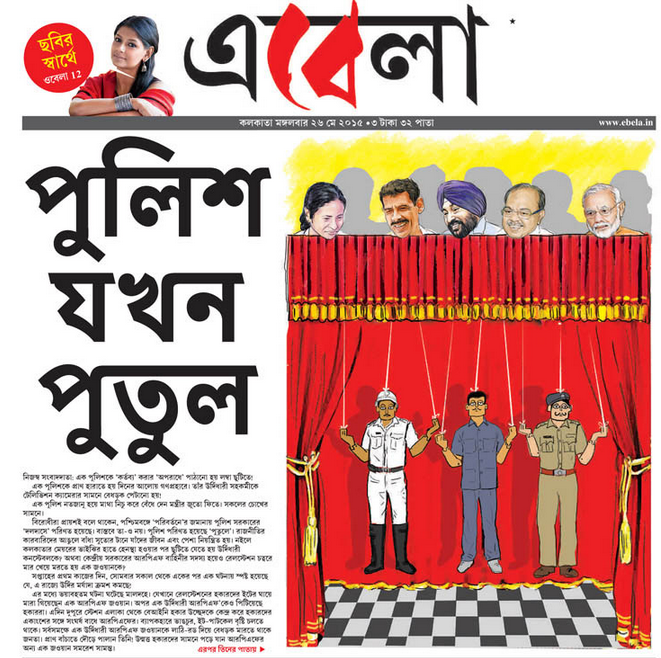 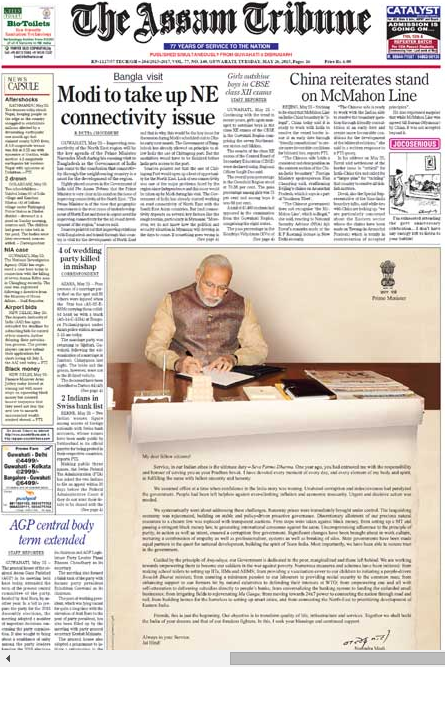 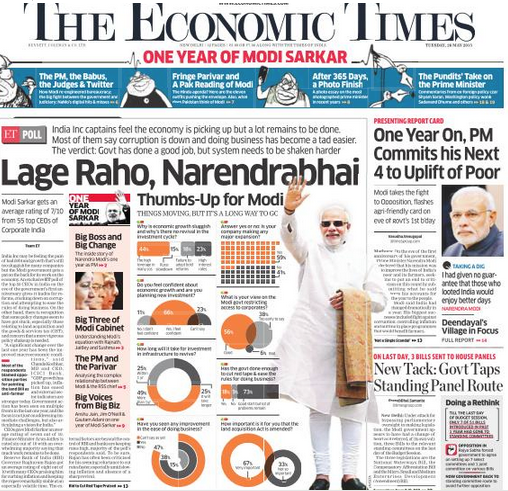 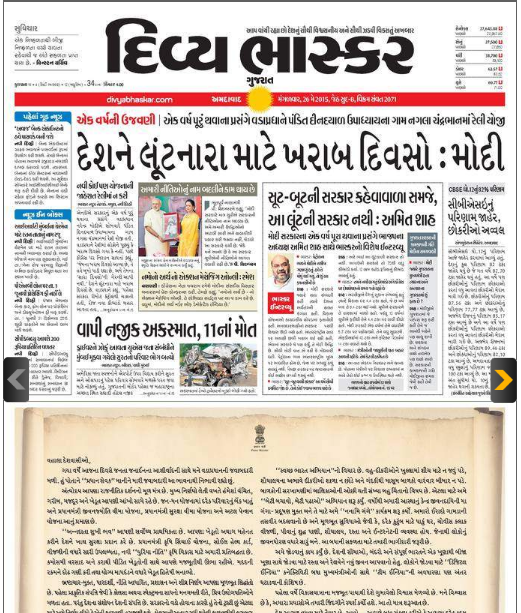 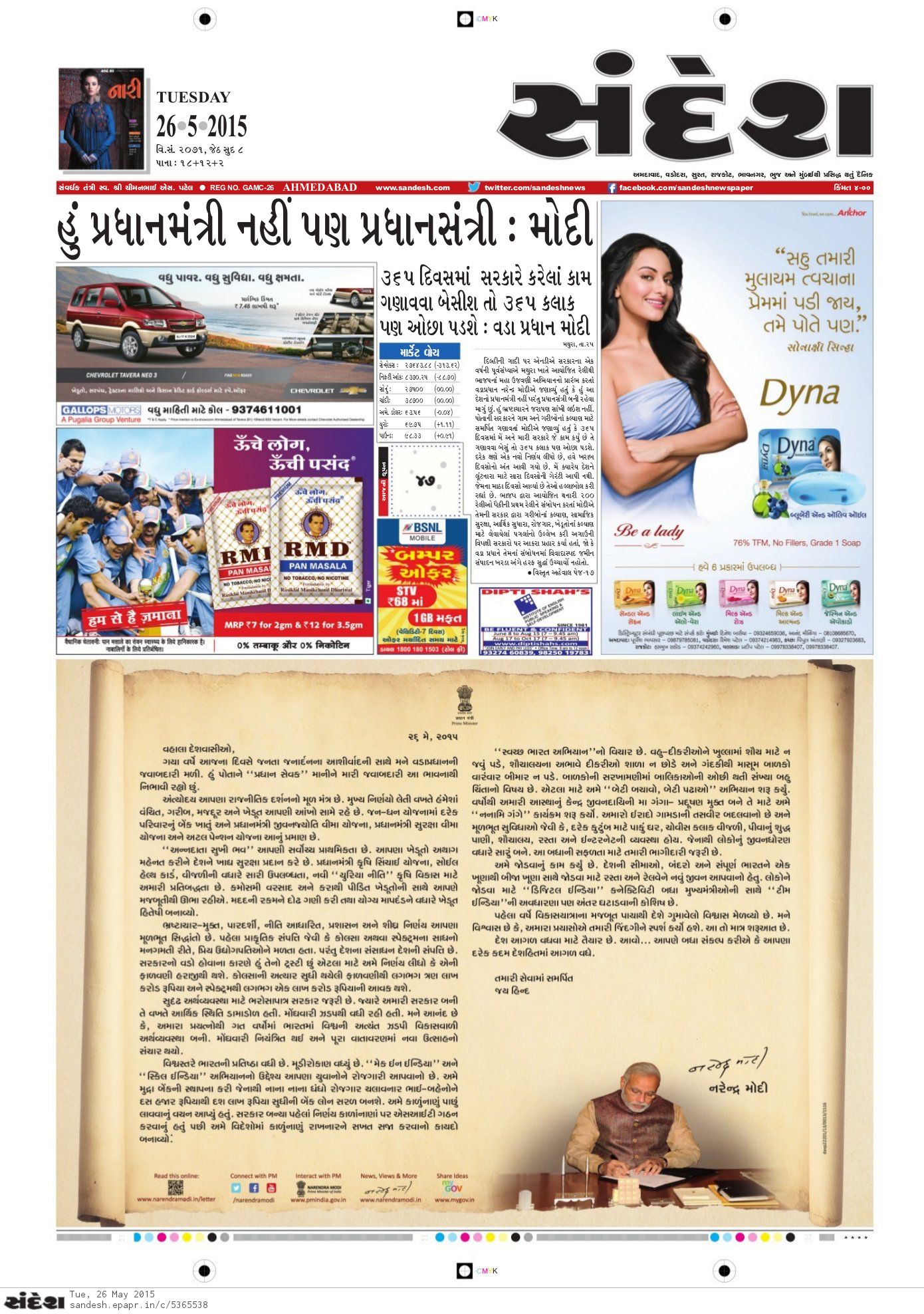 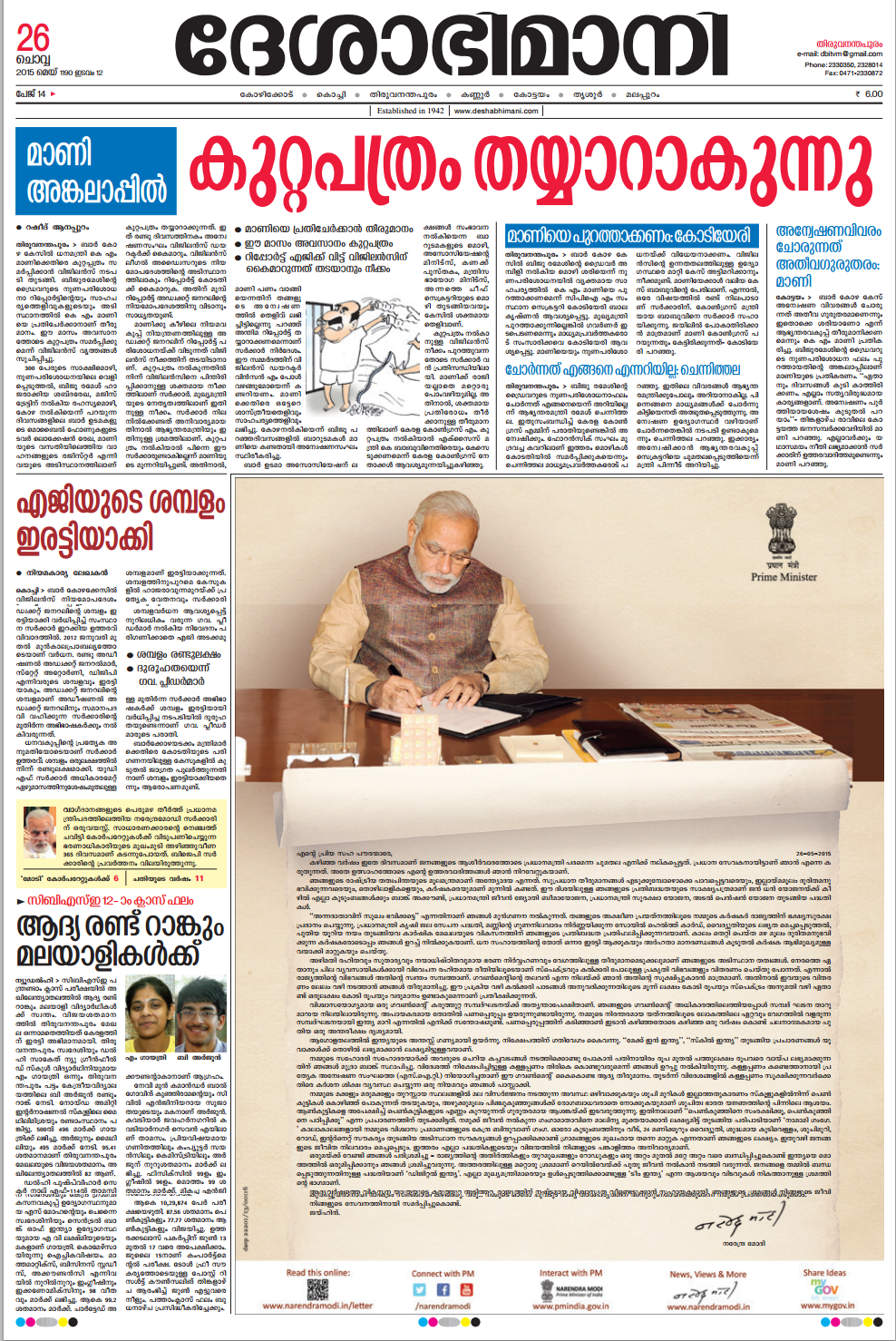 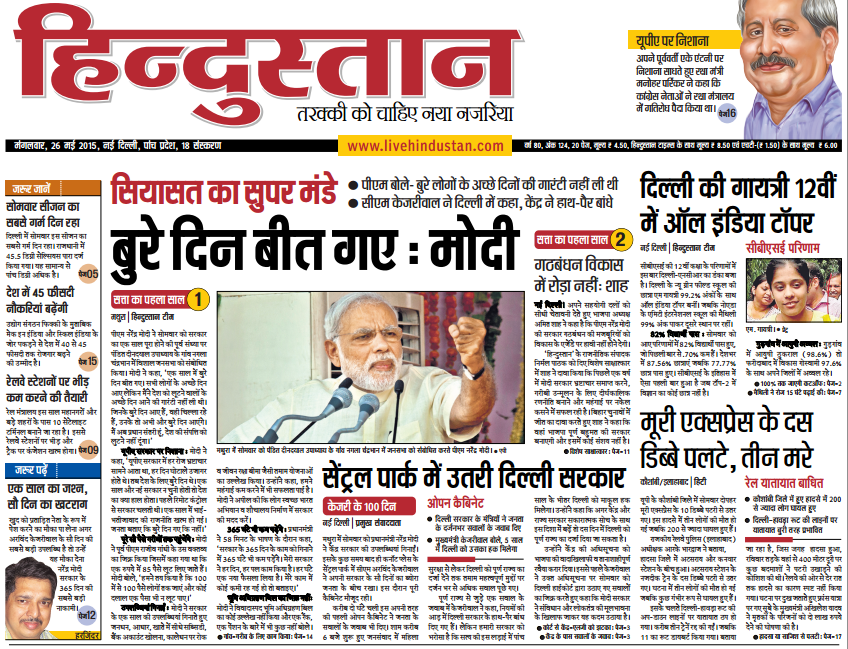 However, Tamil Nadu CM J Jayalalithaa managed to steal Modi's thunder a bit as her full page advertisements occupied the front jacket of many leading papers in all major cities – so to Modi's half page for one year, Jayalalithaa had four full pages: Glorious rule of four years: Amma's rule forever. 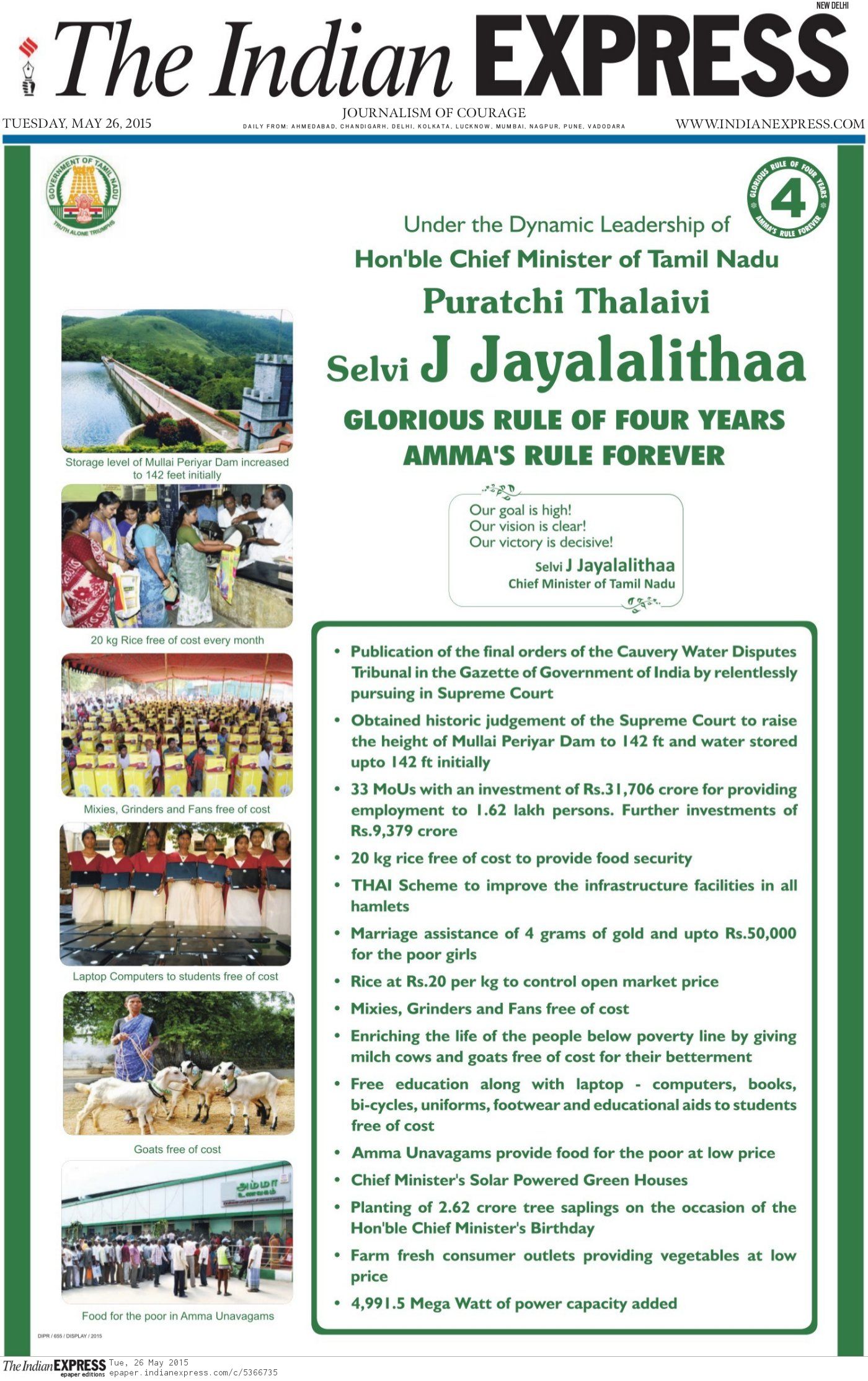