Contribute Now
Ad
What sounds define a city? Tapan Babbar, a 26-year-old user experience engineer from Delhi, thinks he has an answer. On May 24, he launched Sounds of Mumbai, a website that combines high-quality recordings of street sounds from the pigeons at the Gateway of India to the sound of torrential rain hammering down in Marol.

Audio recordings might be seeing a revival in India. Two months ago, there was Rashmi Kaleka’s audio from the pheriwallas of Delhi. This time, there are the street sounds of Mumbai.

Babbar is a frequent traveller who usually takes photographs wherever he goes. In Mumbai, he wanted to bring another dimension to his photographs. This, he decided, would be audio.

“I could have taken videos, but then the focus shifts from sound to the visual,” he said. “But when you listen to audio and you see a photo, you use your own imagination to fill the gaps.”

That’s probably why the website has worked so well, he thinks, and is the reason he creates these projects. In the three days since it went live, it has garnered 30,000 hits. A 60-year-old man who had left Mumbai as a child and had since been unable to return to the city messaged Babbar telling him how he had relived his childhood through the website.

If the website covers familiar ground, it might be because Babbar has visited Mumbai only twice, and that only recently. He made his first recording, of Mumbai’s torrential monsoon, on his first trip to the city in July 2014. It was only on his second trip two months ago that he used a professional recorder to capture sounds.

“This is totally a tourist’s perception,” he admitted. “I have not seen a lot of Bombay, but I loved it. I think this is what people want to see.”

This is Babbar’s second city-based project. His first, a timeline of the history and monuments of Delhi was well-circulated last year. But having done one audio and one history project, his next project will be somewhere else and somewhere different.

“I won’t do the same thing because it will be redundant and the surprise element will have gone,” he said. “I want to do something new that will also touch people.” 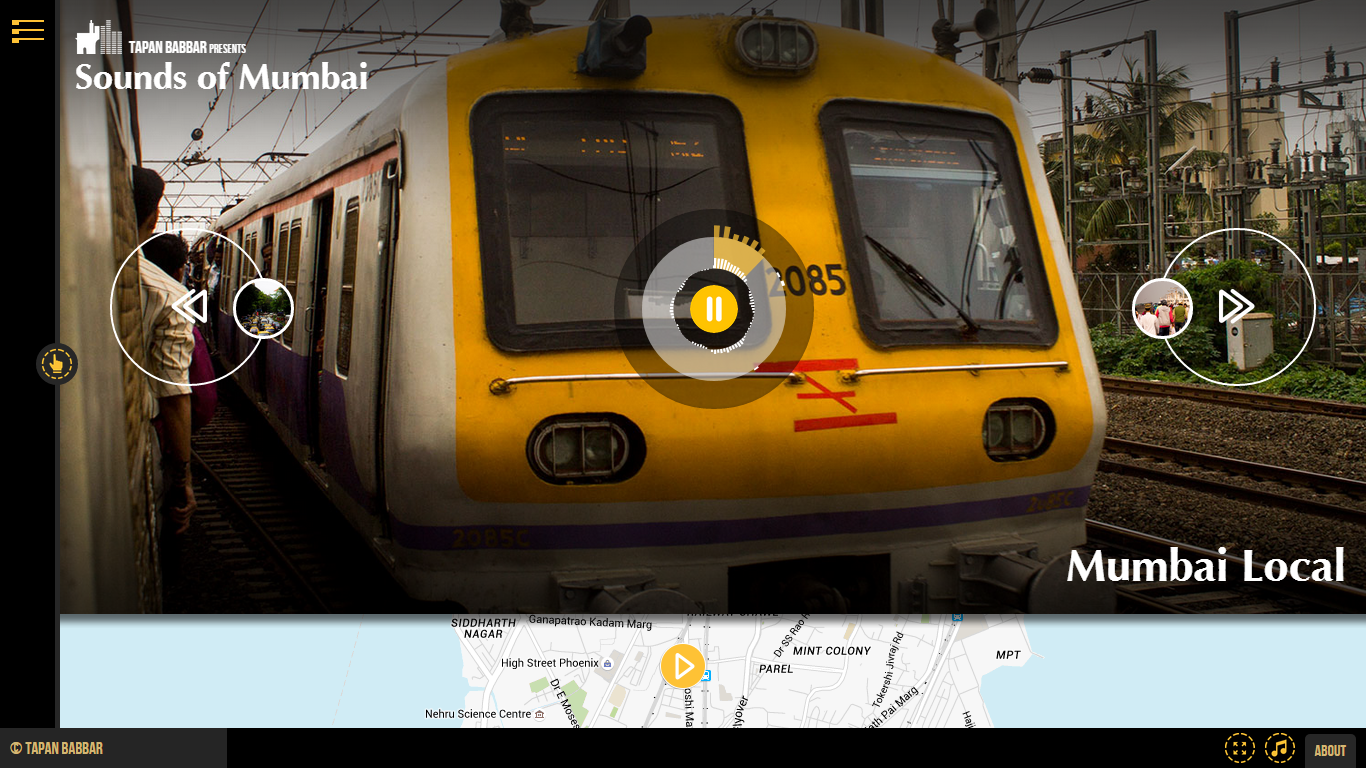