Contribute Now
Ad
Avinash Arun’s Marathi movie Killa unfolds during the monsoon in some of the most picturesque locations in the Konkan region. The sun is nearly absent, there are frequent spells of rain, the ponds and the sea are swollen, and the whole place heaves with the beauty of freshly bathed greenery.

In this emerald paradise lurk a few snakes while dark clouds hang over the banter of school boys and cheerful adventures on foot and bicycles. Killa, which opens on June 26, is the story of a boy we all know, and some of us may have been. Chinmay is 11, has a thick mop of hair that is parted neatly on the side. He is a diligent student and keen on the subjects that matter, such as mathematics.

But Chinmay’s sober demeanour is not merely the result of good breeding. Chinmay’s father has died the previous year, from an illness that left him unable to recognise his family towards the end. Chinamy has moved to the Konkan town from Pune with his mother Aruna, a government official who has been posted there for a year. The young mother and her son on the cusp of adolescence cope in different ways. She holds it in, while Chinmay, being 11 and a boy, experiments with foul language, cheating during tests, and the newfound rebellion of the classroom topper.

Arun’s beautifully observed and gently melancholic debut feature comes to cinemas on the back of critical acclaim, such as the top prize in the children’s film section at the Berlin Film Festival in 2014 and the National Award for best Marathi Film this year. Yet, Killa is not merely a coming-of-age story, but a family drama about grief, geographical displacement, and broken trust. Arun based the movie on his itinerant childhood, which was necessitated by his father’s frequent job transfers. He especially drew on his years in the coastal Maharashtrian town of Murud, where some of the incidents in the film actually occurred, such as the cycle race between Chinmay and his friends to the fort that lends the movie its title.

“Most of the film is observational, but I also tweaked some incidents for the sake of drama, such as the cycle race and the incident of the dead snake found in the lake,” said Arun, a cinematography graduate from the Film and Television Institute of India. Having grown up in the plains of Maharashtra, the sea had a strange effect on him. “I was born in Solapur, which is a very dry area, and from there to the Konkan was a new experience for me,” said the 29 year-old filmmaker. “I was quite scared of the sea, the wind, the lakes and the different animals.”

Some of these mixed feelings find their way into Chinmay’s explorations of his new world. His friendship with his classmates, which include Parth Bhalerao’s irrepressible mischief-maker, is hardly smooth, while his surroundings both enchant and frighten him. Among the movie’s more memorable sequences is a trust test to which Chinmay subjects himself. Having fought with his friends and his mother (who is fighting her own battles at her workplace), Chinmay sulks and then jumps onto a boat with a heavy-drinking fisherman. The sequence is typical of the rest of the movie – little is said, but whatever transpires persuades Chinmay to give friendship, his mother, and himself a second chance.

The original screenplay, which Arun worked on with Tushar Paranjape and Omkar Barve, contained many more explanations for Chinmay’s confused mental state, but as the shooting started, the visuals took over, said the filmmaker. He also shot the movie himself despite advice to the contrary. “I did it myself because I thought the shoot would go faster and I wouldn’t have to explain the movie to anyone else,” he said. Although filmmakers usually baulk at shooting in adverse weather conditions, Arun says he enjoyed the challenges of working during the rains. “Among the people I was influenced by at the Institute was Santosh Sivan”, the cinematographer and director who has shot several sequences and films in the rains, Arun said.

He added: “There are also so many European films that have been shot in difficult conditions – what matters are guts and the will.”

Killa’s locations include Guhagar, the Vijaydurg fort, and Ganpatipule. “The setting is a very important aspect of the film because the weather, the food, and the geography define the psychology of the people living there,” Arun said. “I observed that the characters in the Konkan are more ferocious and brave, and more open to experiences because they are in touch with nature.”

Every frame of Killa has been carefully calibrated, but the matching head nods between Chinmay and his mother, portrayed winningly by Amruta Subhash, were unplanned, he said. “That just happened – they really do look like mother and son.” 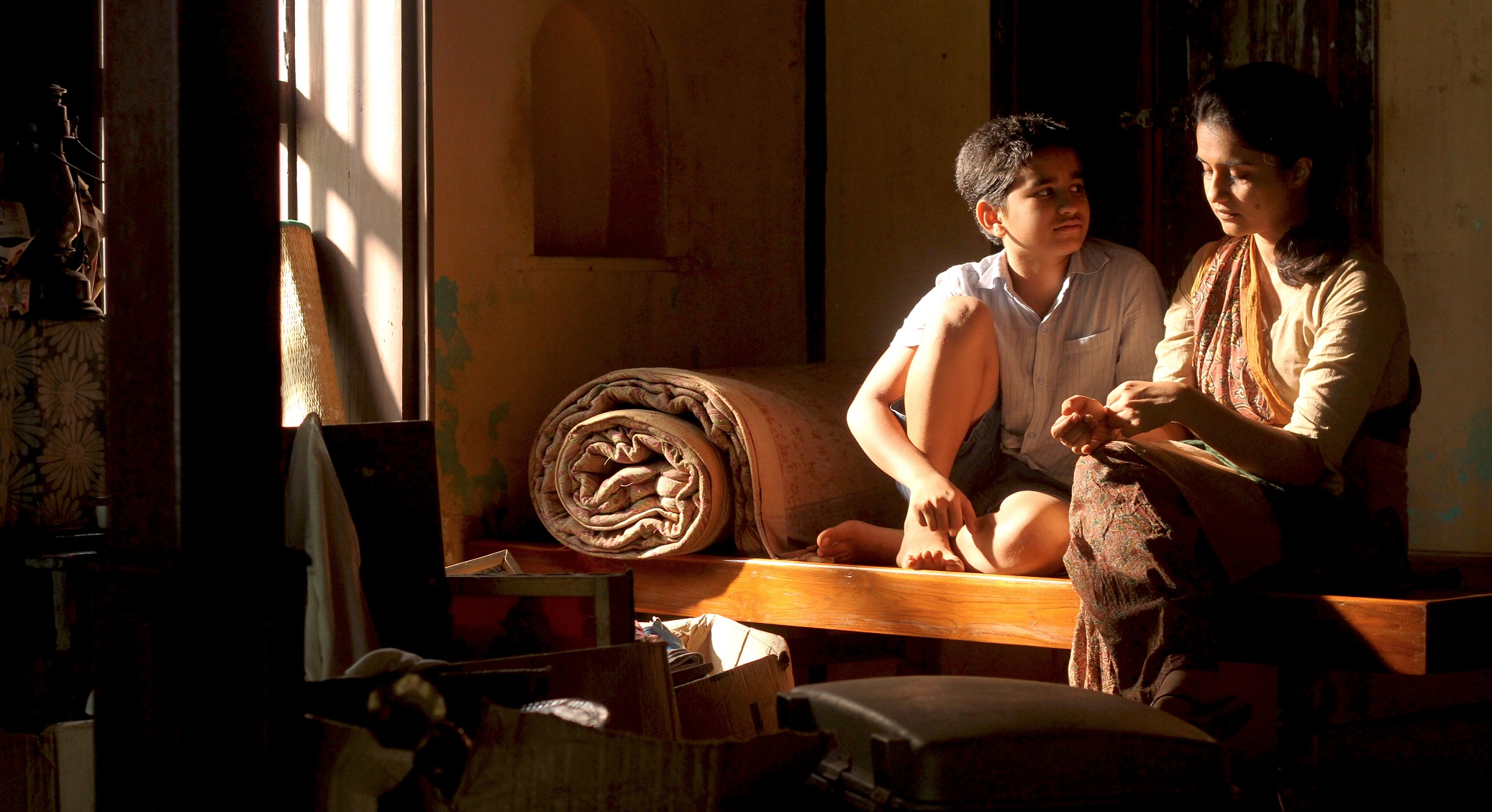 Killa derives its quiet power from the naturalistic performances of its child actors, all of whom, except for Parth Bhalerao, have not previously faced a movie camera. Archit Deodhar, who plays Chinmay, is especially convincing as the pint-sized hero. “I narrated the film to the children as though it were a story, and asked them what they felt and thought,” Arun said. “Archit’s response was this is not a children’s film.”

Arun agrees. “The film presents an adult perspective on childhood,” he said. “The film is from my point of view and what I felt.”

This is obvious from Killa’s promotional efforts, which emphasise the theme of childhood nostalgia alongside the awards the film has received.

Killa is being released in Maharashtra and other Indian states with English subtitles to appeal to non-Marathi audiences. The subtitles don’t adequately capture, and in some cases even misrepresent, the spirit of Upendra Sidhaye’s original dialogue, but they will help non-Marathi speakers experience Killa’s offerings.

“I won’t term Killa’s release as a national release – such efforts are sporadic and the market for regional films that are released on a national level hasn’t yet been fully developed,”  said Nikhil Sane, the Business Head at Essel Vision, the media company that owns the Zee television channels and that is distributing Killa.  “We did release Fandry nationally, but the response wasn’t great. However, for Killa, we will release the film in Indore, Gujarat, Goa and Hyderabad as well as Gurgaon, where there is a sizeable Marathi-speaking population.”

The release has been timed to coincide with the monsoon as well as the new school term, he added. “The weather will be conducive to the experience of watching the movie,” Sane said.

Why are we stopping young girls and boys from hanging out with each other?