Contribute Now
Ad
Last month, Bharatiya Janata Party-ruled Madhya Pradesh turned down a proposal to serve eggs in anganwadis for children under the age of six in three tribal districts. The state's vegetarian chief minister, Shivraj Singh Chouhan, declared that he would under no circumstances allow eggs to be served as part of the Integrated Child Development Scheme. But Jharkhand, another BJP-ruled state with a significant tribal and poor population, is willing to serve protein-rich eggs to children.

Jharkhand has the country's highest number of malnourished children after Madhya Pradesh. It already serves three eggs a week under another scheme, mid-day meals for older school-going children over 6 years. It is the only one of the country's 13 BJP-ruled states to do this.

Jharkhand Women and Child Development minister Louis Marandi has said that she is considering extending support to a demand from several districts to serve eggs to children below 6 years and to pregnant and lactating women at anganwadis.

“I have asked the Secretary to prepare a proposal for introducing eggs twice a week in anganwadis,” Marandi said. “This will help address both calorie and protein requirements. But there will be choice as per dietary preferences. Eggs are not being forced on anyone.”

Marandi said she was keen to consider this proposal after reports appeared in the local media of a campaign for eggs, the Anda Abhiyaan, organised by panchayats, local bodies and social activists on July 3.

To mark one year of a successful public campaign that resulted in eggs being introduced in mid-day meals in schools, more than 20,000 children below 6 were served boiled eggs in 800 anganwadis across the state on Friday afternoon. 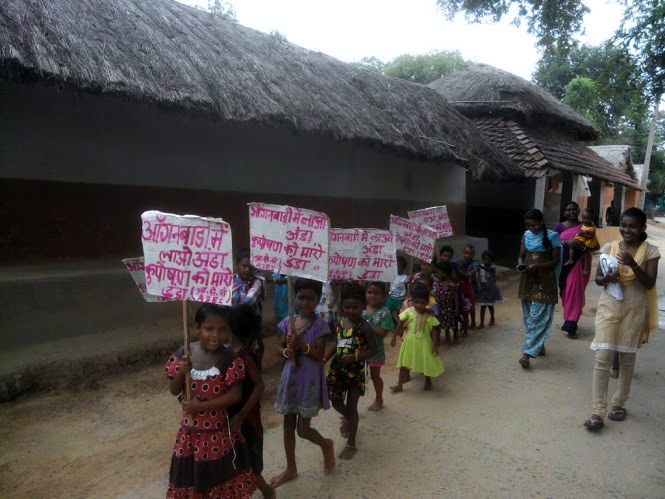 Over 20,000 children participated in the Anda Abhiyan in Jharkhand last week.

Ankita Agarwal, a member of the Right to Food campaign in Jharkhand, said that the suggestion for eggs to be included in the nutrition programmes in anganwadis came from an anganwadi worker at a meeting in Ranchi in April to discuss the implementation of the National Food Security Act. "From April onwards, we contacted panchayats, local NGOs through phone calls, emails, voice messages to mobilize for this campaign,” Agarwal said.

Dheeraj Kumar, another activist with the campaign, said that 15 organisations joined the effort. “At several places such as in Khunti, all families in the villages pooled money to purchase the eggs,” he said. 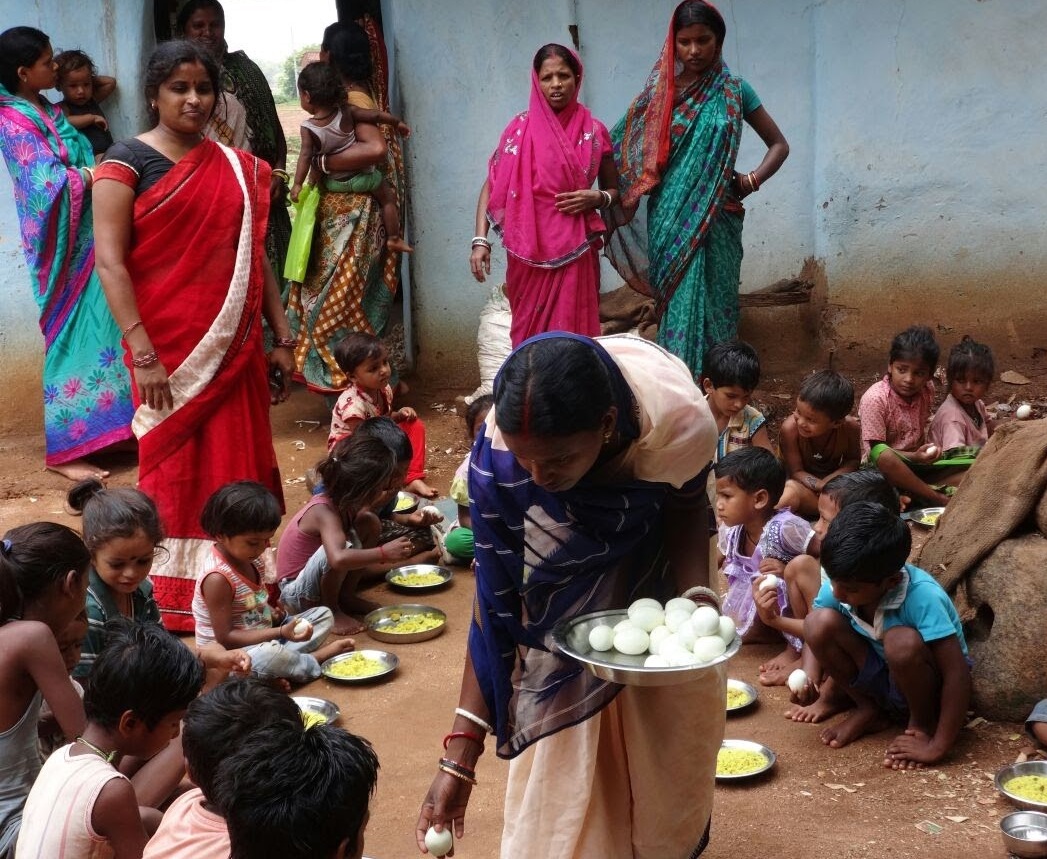 Boiled eggs were served at 800 anganwadis, each caters to 35-40 children.

Shyama Singh of NREGA Sahayata Kendra, Manika said that eggs are already served in several neighbouring states, such as Bihar, Odisha and West Bengal. She said that introducing eggs in anganwadis is a good way to boost the local economy, which will benefit from the production and sale of eggs. 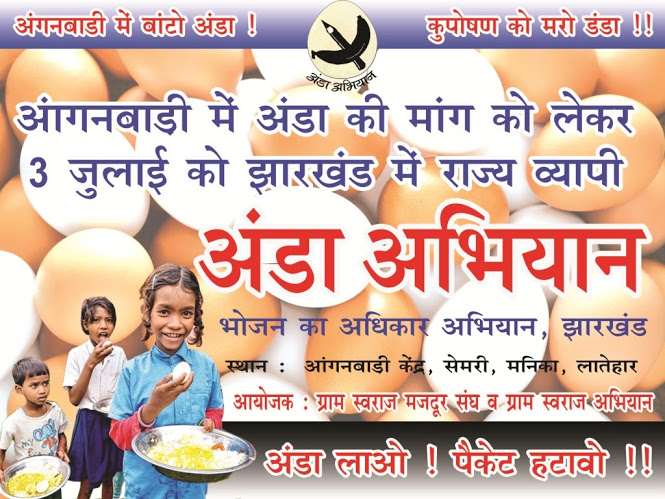 A poster announcing the campaign in Manika in Latehar, one of India's poorest districts.

Jharkhand has one of the worst levels of malnourishment among women and children. Over six lakh, or nearly 12%, of children below six years of age in the state suffer from severe malnutrition.

In a 2011 survey in the districts of Dumka and undivided Ranchi by economist Reetika Khera, who teaches at the Department of Humanities & Social Sciences of IIT-Delhi, more than a quarter of the households reported that one family member had been forced to miss meals in the previous three months. Twelve per cent said that they hadn’t consumed daal even once the previous week. 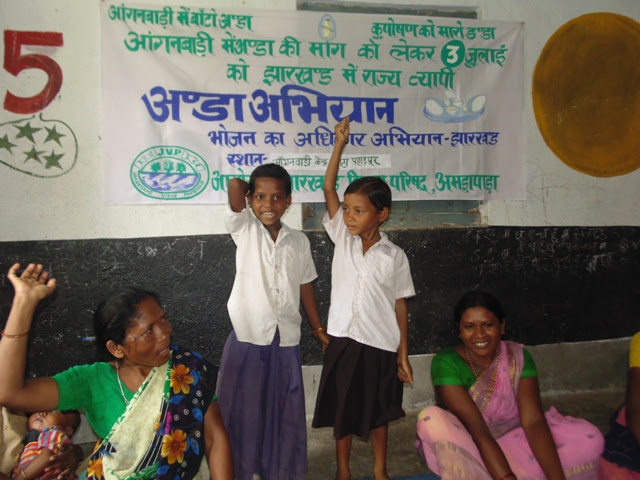 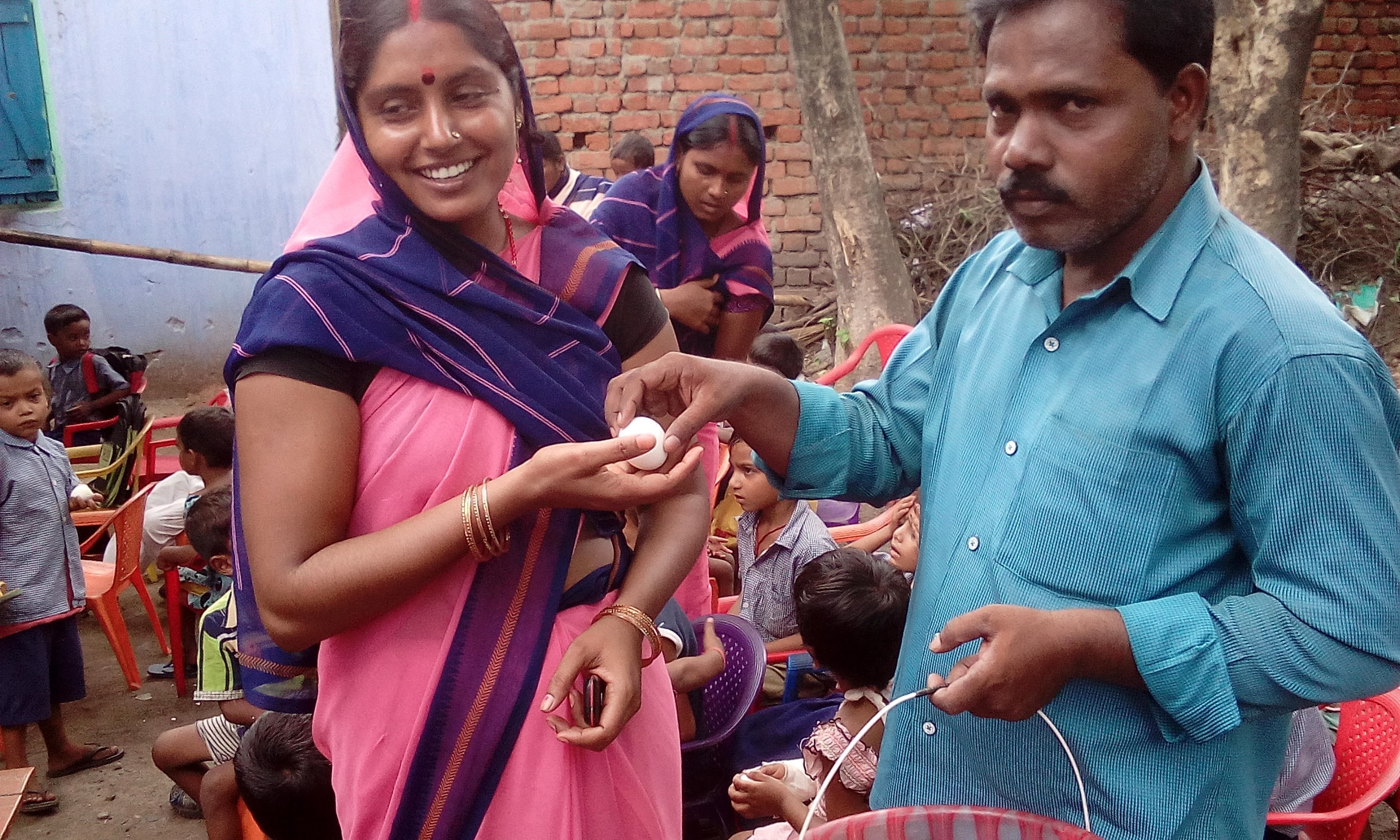 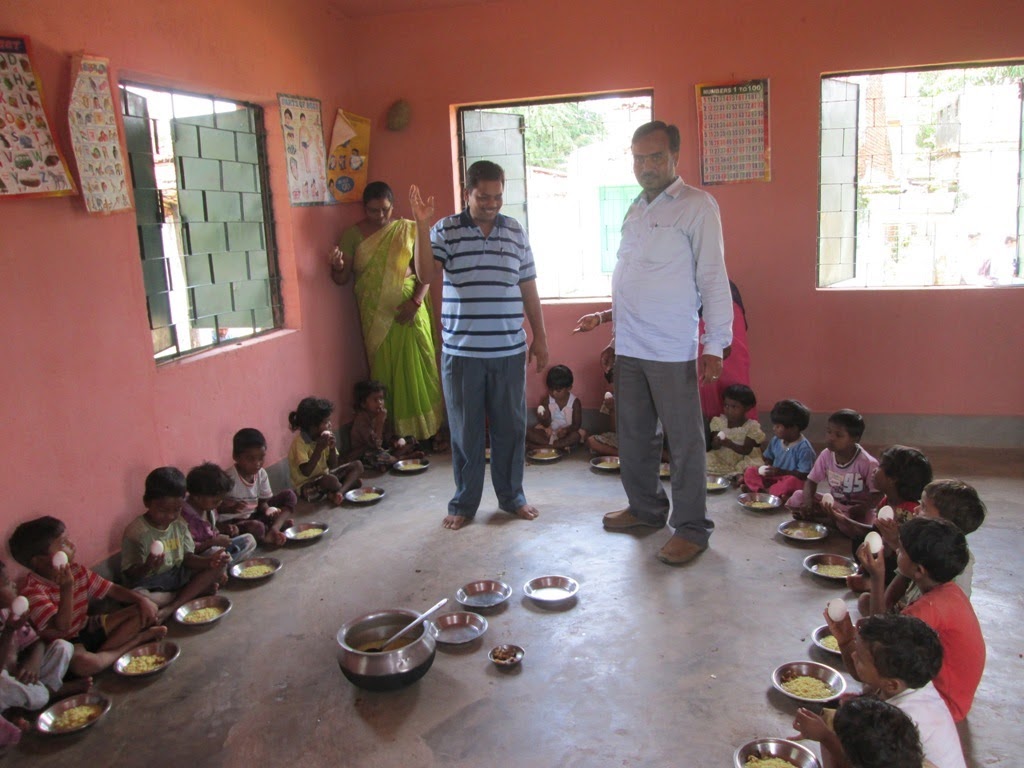 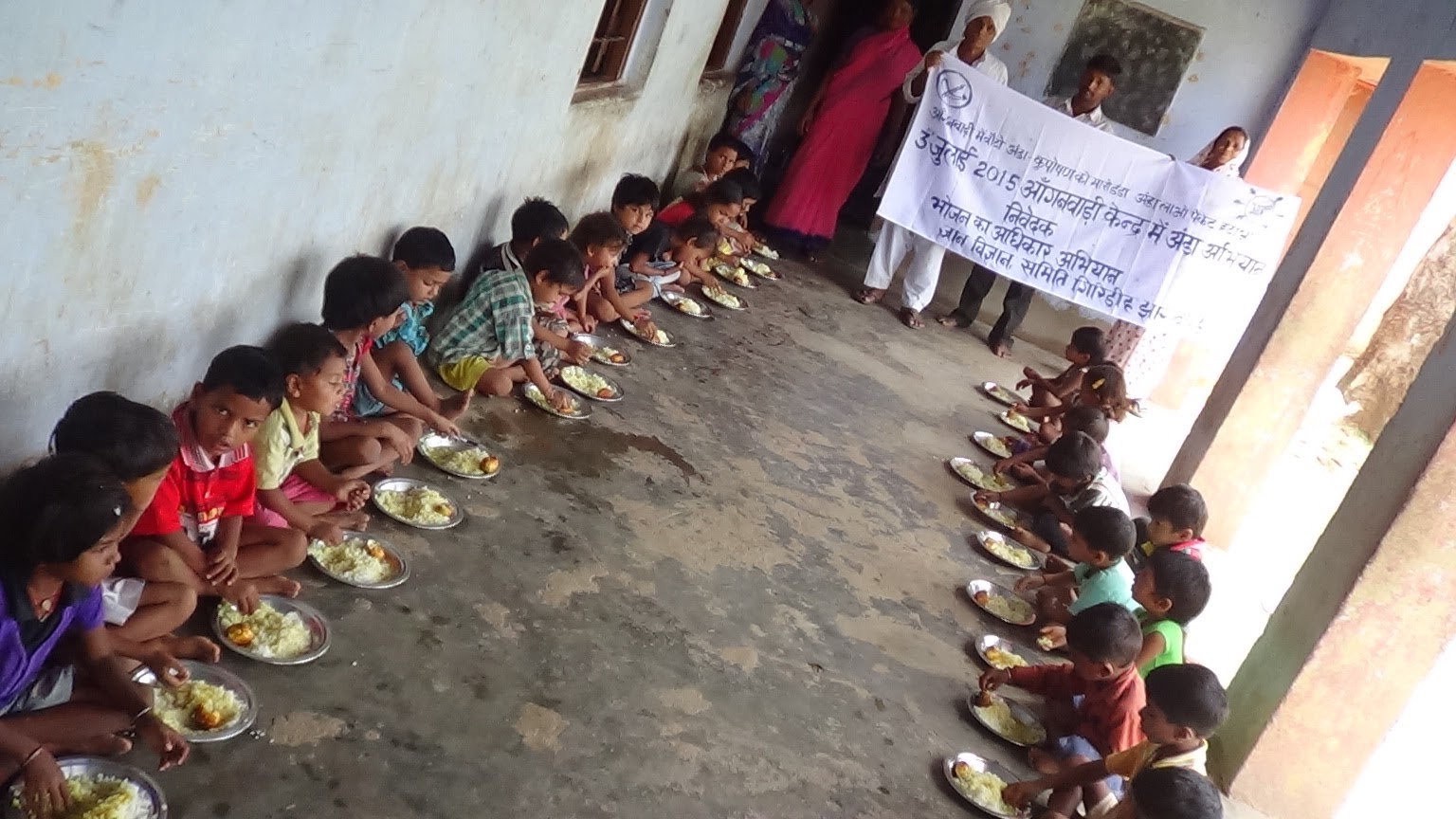 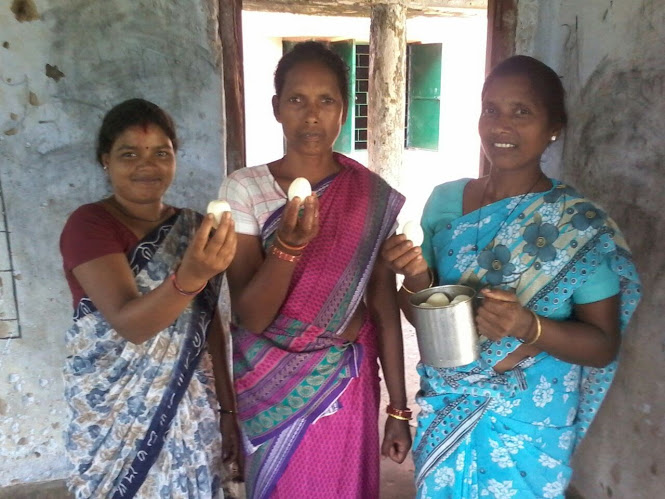 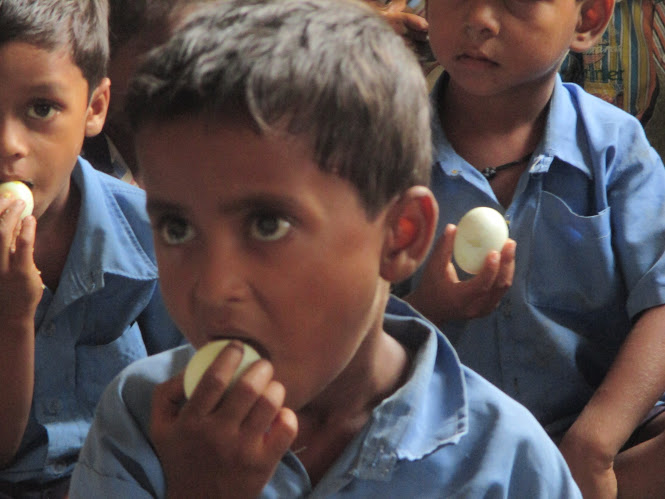 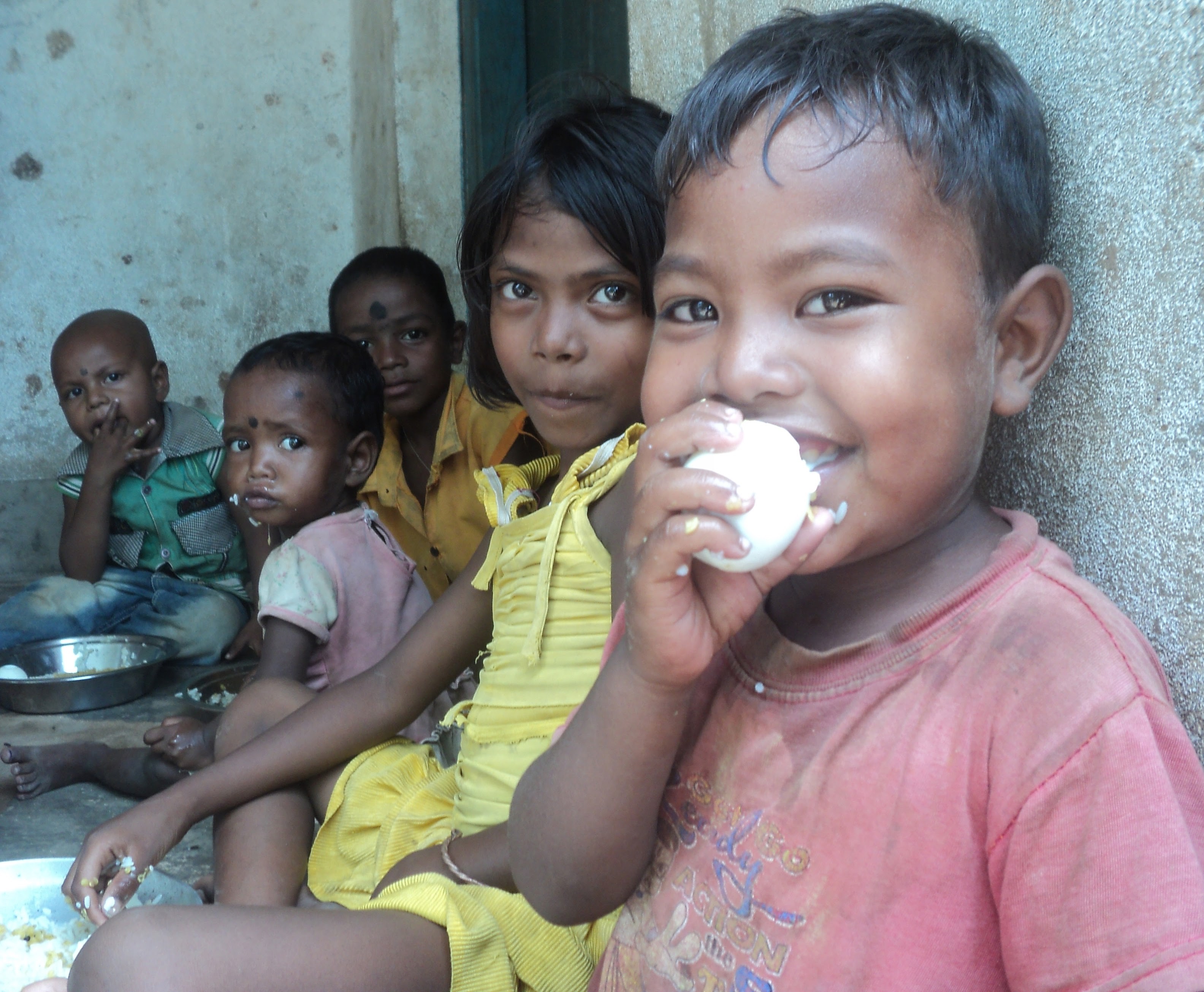