Contribute Now
Ad
India’s financial capital has one of the country’s highest densities of leopards, according to Nikit Surve of the Dehradun-based Wildlife Institute of India, who has concluded the first comprehensive study of leopards and their prey in Mumbai, released on June 30.

Over five months, from December to April, he counted 35 leopards in an area of 140 square km in the city’s Sanjay Gandhi National Park and its adjoining areas of Aarey Milk Colony in the south west and Nagla Block in the north.

This works out to a density of approximately 22 leopards, give or take five, per 100 square km, double the figure for the thick forest of Bhadravati, Karnataka, which has only 11 leopards per 100 square km.

Leopards seem to embody Mumbaiite’s ethos of adaptability and resilience.

It wasn’t always like this. The leopards of Mumbai suffered a crisis in the early 2000s. They attacked people, killing children and mauling adults. After a lawyer was killed, his colleagues circulated a petition demanding the removal of every leopard from the city.

Foreign correspondents wrote about Mumbai’s unique problem. Their own wildlife problems paled in comparison to the danger posed by the city’s leopards. The British, for instance, fret about their diminutive foxes raiding dumpsters and Americans worry about coyotes moving into Chicago or a few cougars moving into rural neighbourhoods. But no city has reported so many large carnivores living cheek by jowl with people. Images of snarling leopards, displaying their teeth accompanied articles and television reports.

Why did the animals pose such a risk? A number of causes were suggested: the lack of indoor plumbing led people to squat outdoors and starving leopards mistook defecators for prey. Another suggested that an excess of dogs attracted many leopards, and this invariably led to a lot of attacks on humans. Some blamed the breeding season, while others pointed to a lack of water in summer, leading them to look around for sources.

Some demanded that a massive wall be built around the park so that no unauthorised person could enter and no leopard could leave. People living in hamlets inside the forest for generations were maligned for destroying the forest. Wildlife activists went to court demanding the eviction of encroachers, while social activists fought for the rights of people and against eviction. It was a PR disaster of huge proportions for everyone: leopards, residents in the park and the forest department.

In reality, Sanjay Gandhi National Park represented different ideas to different people. In the early 2000s, middle-class Indians, who had moved into the newly constructed housing projects in the northern suburbs of the city, saw the reserve as their own privileged recreational area, where they could go jogging, do meditation, and walk their dogs without fear. That urban garden had no place for big, dangerous animals with dagger-like canines and razor-sharp claws.

Even as the public clamoured for safety, forest officials were stocking the park with leopards. They thought this was the perfect sanctuary for any leopard roaming outside forests. They trapped leopards outside Sanjay Gandhi National Park and from farmlands outside Mumbai and released them inside the park. 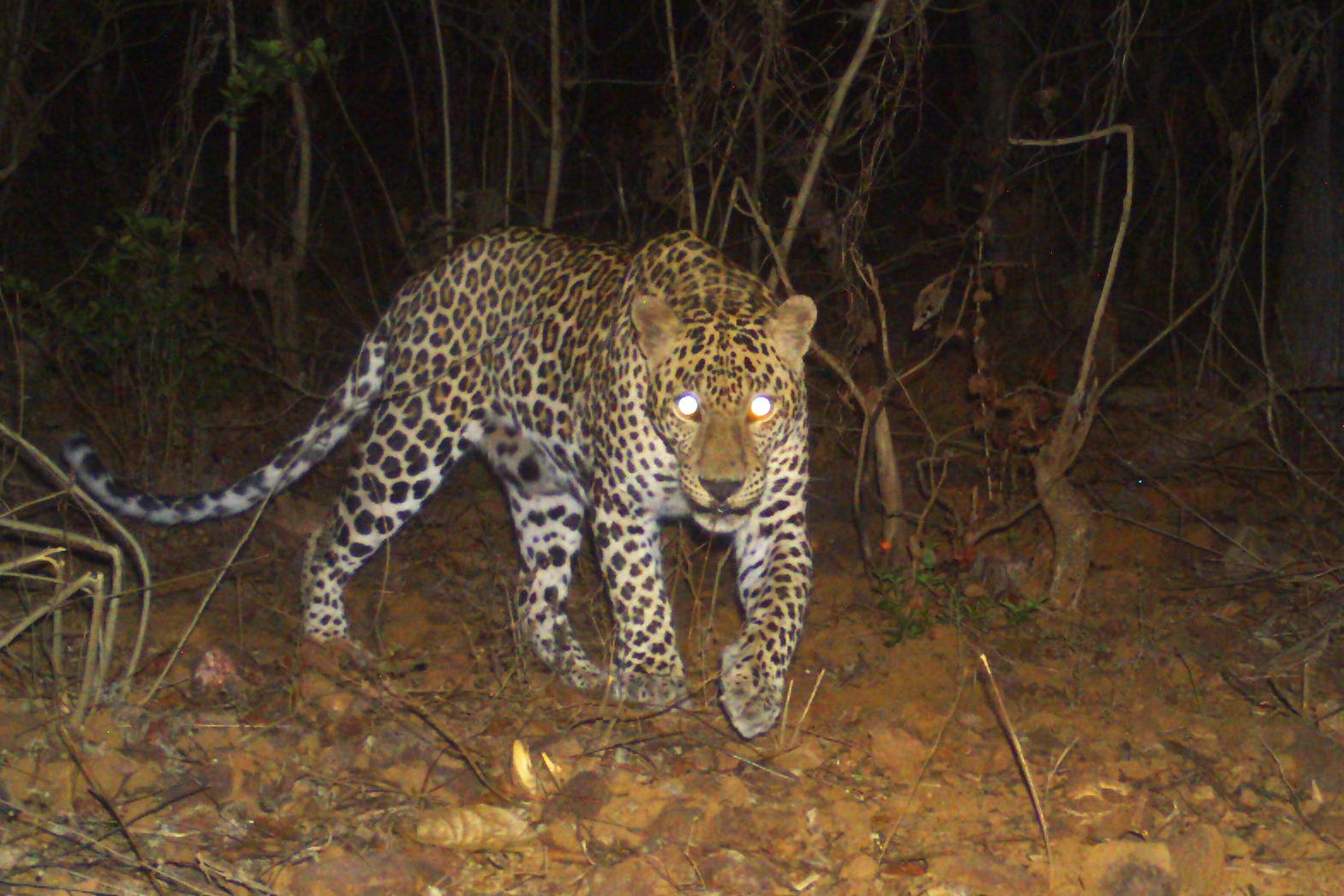 Did the animals find the reserve hospitable? Did they escape? Did they die? Did they fight with resident leopards? What happened to them? Because these animals were not marked, no one knew.

Based on her work in rural Maharashtra, wildlife biologist Vidya Athreya cautioned officials against releasing leopards from elsewhere in to the park. In Junnar, not far from Pune, another area that had suffered a serious bout of leopard attacks, Athreya discovered that catching leopards from farm land and releasing them in forests was probably the number one cause of attacks.

When reports of attacks against humans and fatalities came in nearly every day, politicians had to face the public’s ire. The media echoed the popular demand that the city was no place for wildlife, especially large cats. The cats had to go. In 2004-2005, forest officials trapped more than 30 leopards and sent them to live in a rescue centre.

Back in the park

People living around the park may have had a brief leopard-free interlude. But the reserve wasn’t to remain unoccupied for long. Now ten years later, the cats are not only back, but they seem to be law-abiding citizens.

Leopards have a variety of food to choose from: choice venison of chital and sambhar in the forest or easy pickings of stray dogs or feral pigs at the local dump.

Aarey Milk Colony has 16,000 heads of cattle, mostly buffaloes. When livestock died, the carcasses were dumped out in the open. If leopards are too lazy to go hunting for deer or dogs, they could pop by Aarey and feast on a bloated carcass. Life is good for city leopards. Just as people flood cities for the numerous opportunities, leopard migrants from neighbouring forests wandered in and made the metropolis their home.

Despite the numerous claims of what went wrong in the early 2000s, nothing much has changed on the ground in the past decade. Indoor plumbing is still a dream for many residents of the park. Numerous stray dogs and pigs continue to root around garbage dumps. Aarey Milk Colony hasn’t improved its carcass disposal system. 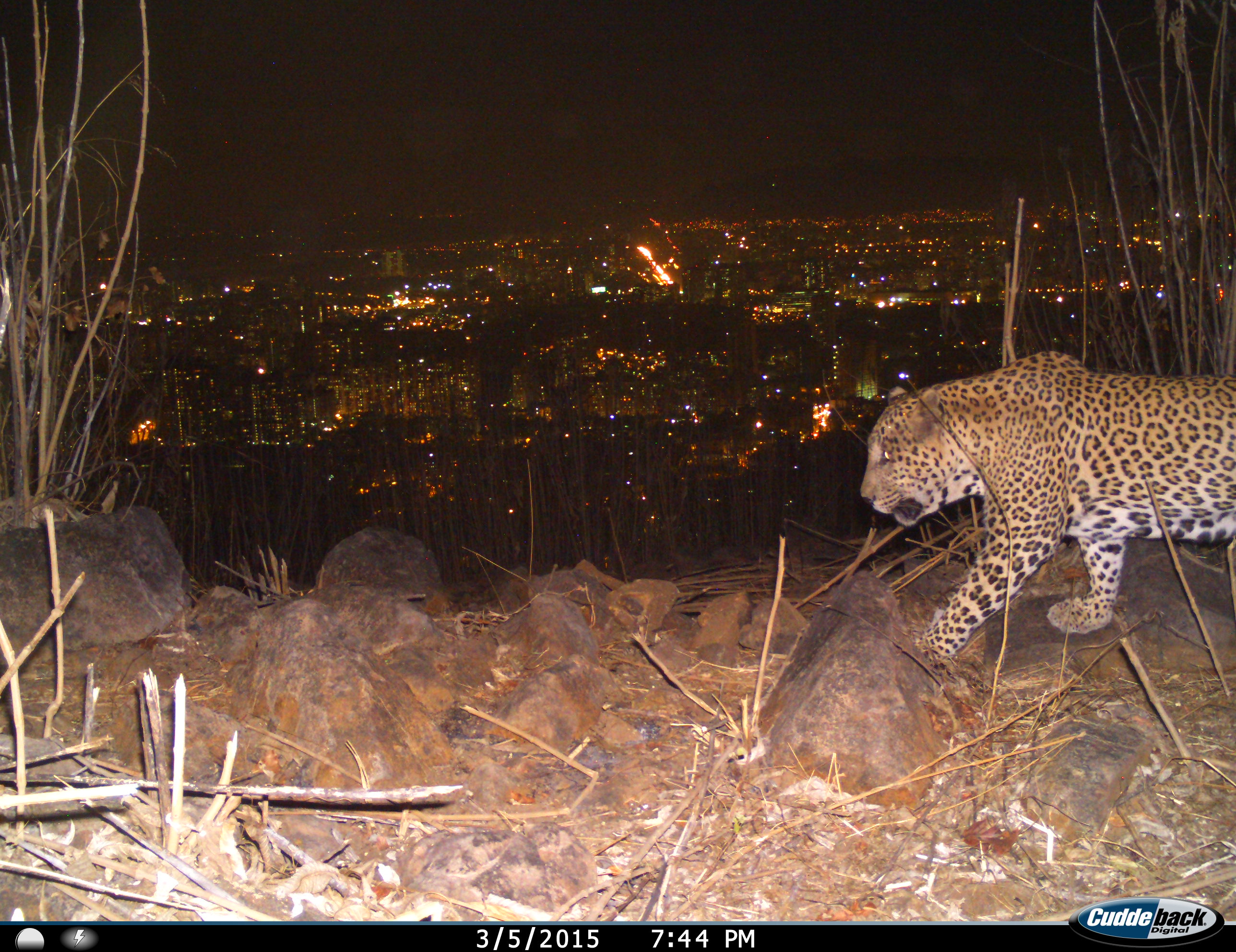 No wall was built to separate humans from leopards. People continue to live in their hamlets within the park. And there are just as many leopards in Mumbai now. Yet, since an attack on a seven-year-old boy in October 2013, no leopard has attacked a human in the past 20 months.

This achievement can largely be credited to a proactive forest department and a unique citizen-state initiative involving wildlife biologists and a group of dedicated volunteers. Called ‘Mumbaikars for SGNP’, it reacted to every alarm call sounded by residents and took steps to ease the lives of people and leopards.

No doubt, citizens worry for their pets, children, and their own safety. Leopards, too, pay the price of city life, falling prey to vehicles speeding along highways around the park. But people and predators live together with little drama. Mumbaiites are role models for citizens of other cities, who may have to adjust to life with foxes and coyotes or even larger animals like bears and cougars.

A large metropolis with 20,000 people per square km coexisting with one of the highest densities of a big carnivore is an unprecedented situation anywhere in the world.