Contribute Now
Ad
“Let us meet at Garden,” an old friend, returning to Hyderabad after years, had texted.

Garden is dead and gone, but I did not tell him that by return text.  It was one of the largest Irani chai cafes (Chai "cafes"? Well, that's what we've always called them) – rounded instead of a sharp corner, straddling and joining two roads, opposite the famed Clock Tower of Secunderabad.

For over seven decades, it had served as a rendezvous point for groups of friends and peers, bustling with life and activity from 5 am till late, past midnight, non-stop. But the Metro Rail project construction underway apparently needed the space. The past had to make way for the future, leaving the present debris-filled.

When my friend arrived and looked at the mass of broken bricks, he seemed more shocked than mournful. “Looks like some war zone,” he said. “Or an earthquake. Let us go to some other Irani cafe.”

But there was a problem with that too – from Sangeet theatre and Ajanta talkies to Hina and Rio, across roads named after Sarojini Naidu to Sardar Patel, very few Irani chai cafes survive. They have all died over the years.

“Coffee Day or Starbucks?” I asked him.

He did not quite know what to choose, by now mourning the loss. But eventually we decided to look for another Irani cafe – for old times’ sake,  no matter how long a drive it took. It eventually took us over 40 minutes to find one and it was good to be back in a familiar setting: dirty floor, rickety tables with round marble tops, shaky wooden chairs and a lazy ambience, topped by a waiter who seemed to be in no hurry and made us wait, secure in the knowledge that we too would be in no hurry for our cup of Irani chai. 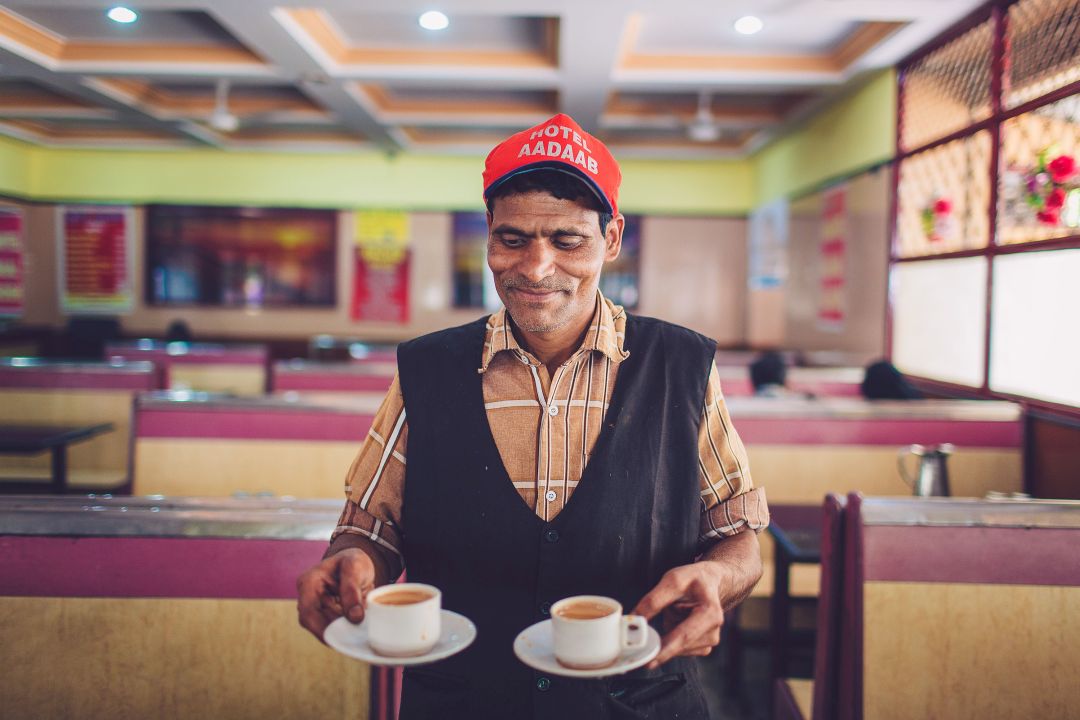 Historically, coffee was the preferred drink across south India, including Hyderabad. Tea was barely consumed in the city till the end of the 19th century. And the story of the way tea came over a century ago would make modern graduates of marketing bow in awe.

“My grandfather used to be tell me how tea companies – Lipton and Broke Bond – arrived in Hyderabad to tap the large market in the metropolis. Coffee was the preferred morning drink, so they prepared tea with milk and sugar and served it to people in the afternoons. By then, menfolk would assemble at chabutras – a small elevated platform, which served as a seat for a few people – outside their homes. The companies served tea to every person, free. Six months later, nobody could have guesses that the addiction to afternoon tea would last generations,” recalled Sajjad Shahid, Co-Chairman of Forum for Better Hyderabad, city historian and a Hyderabad "nostalgist", when I asked him about the changing trends.

The tea companies soon stopped serving free tea, and introduced packets on sale, but they continued to teach people how to make it at home.

Tea had arrived, but it was still "normal Indian" tea.

The city had a historic and flourishing trade relationship with Iran – which had a consulate here – and some Irani businessmen, who frequently visited, settled down in Hyderabad.

“The earliest Irani cafes were not started to spread culture or introduce Irani cuisine," Shahid said. "It was just a business where they catered to local tastes and needs. But the chai was uniquely theirs. It was brewed from morning to evening in a metallic cooker like dish – called handa – where the leaves were boiled in water on slow flame. By afternoon, it was a strong concoction. Milk was boiled and sweetened separately. The tea master would open the tap of the handa to fill the cup with tea, add a little milk – and it was enough to grab the people’s imagination,” Shahid said.

The city seemed to be addicted and the local non-Iranian cafes, known as Deccani cafes, also took to serving the Irani style of tea.

“Hyderabadi culture and Irani chai have a strong link, but it was not linear and both impacted each other. The Irani cafes were restricted to a few people as the city frowned in the days of the Nizam at the idea of going to restaurants – hotels, as they were called. But when our scholars returned from Europe, not just prominent ones like Sarojini Naidu but many of them, they planted the seeds of taverns and inns. Irani cafes became a place to go,” Shahid explained.

There was also the issue of the growth of the city after Independence. Many outsiders came to work and settle here, and the culture of Hyderabad did not allow one to take a casual acquaintance back home. So the cafes became a social melting point. Delicacies like paaya and nihari, Hyderabad versions of European bakery items – crisp biscuits and colorful pastries – became the mainstay of the menu.  But tea was the star, made and served morning to evening, enjoyed at leisure, and often shared.

“There was Sulemani tea – strong, no milk, served with lemon – or Pauna – a very light, creamy-milky tea. But as much as tea, or smokes, it was the idea of sitting for a long time chatting with friends that made it addictive. By the sixties, the communists and poets, writers and artists, political thinkers and activists – they all flocked here – and the Irani café was their hangout,” Shahid said.

Orient in Abids was a landmark, where politics of every colour and hue of Left, right and centre was represented, heated debates and discussions over endless cups of teas made it the hub of intellectual contestation. Friendships were made, books and journals were exchanged, ideas discussed and debated and fought over, again and again, day after day. It was no less than the cultural centre of the city.

Some Irani cafes, like Hilltop and Omega, used to have jukeboxes, which made them much in demand because of their selection of  Hindi film music, and scores of English songs. The jukebox was perceived to be one-up over the radio as a way of listening to music. By the 1970s, the city had hundreds of cafes and areas began to be known by the names of these cafes, each a landmark – Madina and Shadab in Old City, Farasha opposite Charminar, Blue Sea in Secunderabad, Alpha at railway station, Azad and Light of India.

And, of course, Garden, opposite Clock Tower, where my friend had wanted to meet. Being adjacent to the Young Men's Christian Association, it used to attract members of clubs of the city, from Young Orators Club (debating) to K-Circle (quizzing), who would end their weekly meetings at the YMCA with an extended session at Garden over chai and smokes. 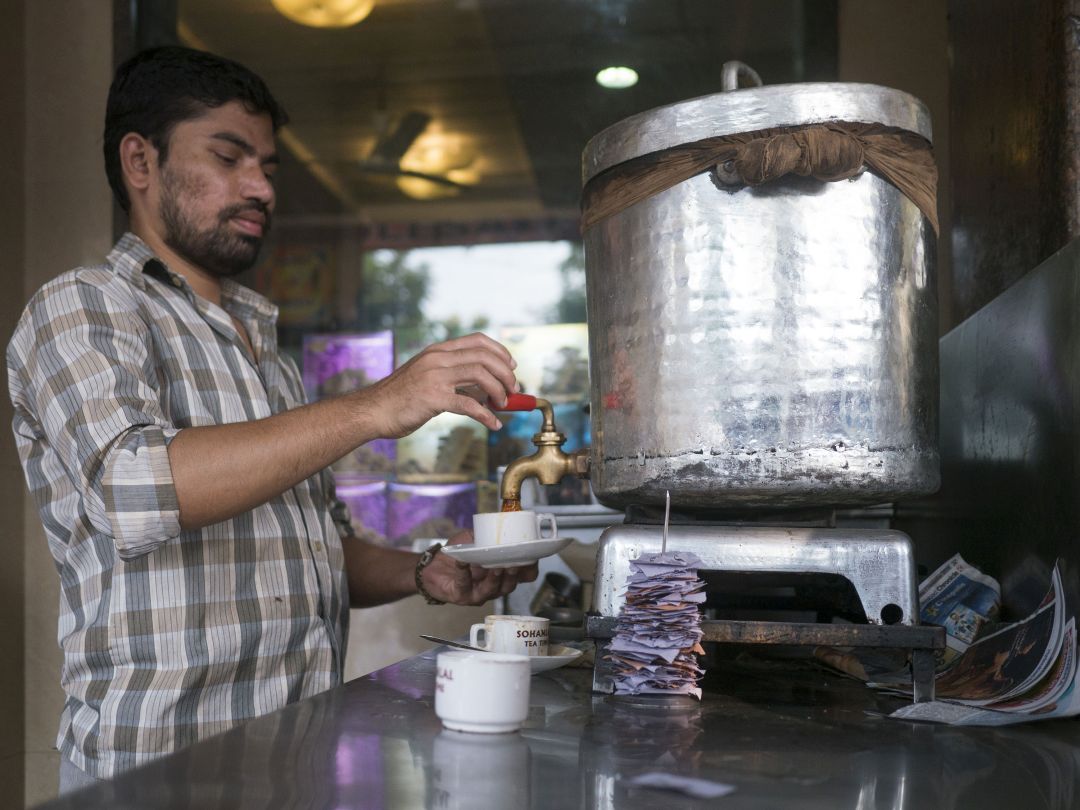 Till the mid-1990s, the Irani cafes flourished as the city remained a place of huge government and public sector undertakings, defence and research institutions, not to mention the universities and institutes – and, of course, the army cantonment.

As the information-technology boom arrived, and the information highway made its way to the twin cities, it meant changes on the city's landscape too. More cars and bikes meant roads had to be widened. Real estate prices rose. The Irani cafes had been profitable, but people had less time to spare and these establishments slowly began giving way. A few managed to sustain themselves with Haleem and biryani, some cafes even flourished, but most of them were left struggling. Some lived on because of litigation, while others simply waited for some real estate agent to write their obituary.

On the long winding stretch of Sardar Patel Road, which had over 100 Irani cafes in 1995, only seven stand today. Paradise, one of the oldest and most prominent Irani cafes in Secunderabad, opened many branches but its last one at HiTech City is a swanky, air-conditioned restaurant and takeaway that does not serve tea. Many of these restaurants now send food home as parcels, and request for reviews on Zomato.

“Technology has changed everybody and everything in the modern world. Changing times call for evolution, adoption of newer ways. The patrons have changed, but most Irani cafes have not transformed with their clients. We demand newer standards for the older ways,” says Kishor Krishnamoorthi, famous photographer, who recently launched a photo memoir, Concorde, dedicated to tea in Hyderabad.

“We all love tea. We captured different moods of tea. Cafes might be passé, but tea is eternal. The relationship between a café and tea is like religion and God. One is means, the other an end,” says Krishnamoorthi.

The Old City still has many Irani cafes, but they are gone from Secunderabad whereas the Hitech City almost never had them. With the advent and growth of Cafe Coffee Day, and the like, to which people shifted over, supply side economies collapsed too.

When you are fighting the government, infrastructure and real estate industry, patronage, the spirit of the times, all at the same time, nostalgia can do little. Like the friend who came back after eight years for a few days.

The Garden is not there any more. Time has flown by. And while it is a memory and taste that lingers, perhaps what we need to do is what we did: move on. To another cuppa, elsewhere.

Sriram Karri is the author of the MAN Asian Literary prize longlisted novel, Autobiography of a mad nation