Jul 09, 2015 · 04:00 pm
Scroll Staff
Apart from being the largest employer in the country, Indian Railways has often been an inspiration to many a creative pursuit, ranging from travelogues to odes on the sights, sounds and romance associated with train travel. Celebrated authors from Rudyard Kipling and Intizar Husain to Ruskin Bond and Satyajit Ray have rhapsodised on the charms of the railways.

One would imagine that those who work in the railways would, however, be immune to these sights and sounds, but it's not the case with Bijaya Biswal, Train Ticket Examiner in Nagpur division of the Indian Railways. Biswal, known for his brush strokes that have in the past painted wondrous portraits of men and the world, has now turned his attention to the railways. In a series of water colour paintings, he has brought out the hidden charms and beauty of a railway junction and the lives that revolve around it.

Shared by the Salem Division of Southern Railways on their Facebook page, his art work quickly went viral, with people hailing him as a genius and some even suggesting that "he should be running his own art gallery and teaching art" rather than examining tickets for a living.

Biswal, though, says that his art is different from his work and the railways continue to motivate him to create more.

"I don't think I need to get away from my job to pursue art," he said. "My job allows me to travel and observe the platforms, trains, employment of people around it and so many other things which I try to capture in my art work."

Biswal has been working with the Railways for the past 25 years, but he he started painting much earlier and has only started getting recognition now. "I have been painting with charcoal, pens, water colours etc since the very young age of five or six," he said. "The paintings on Indian Railways aren't new either. I made them sometime ago but it's only now that they have started to get popular and people are discovering them, so there's praise but I have no plans of leaving work to pursue art. I am already pursuing it."

Here's a snapshot of his recent works where he captures the beauty of Indian Railways: 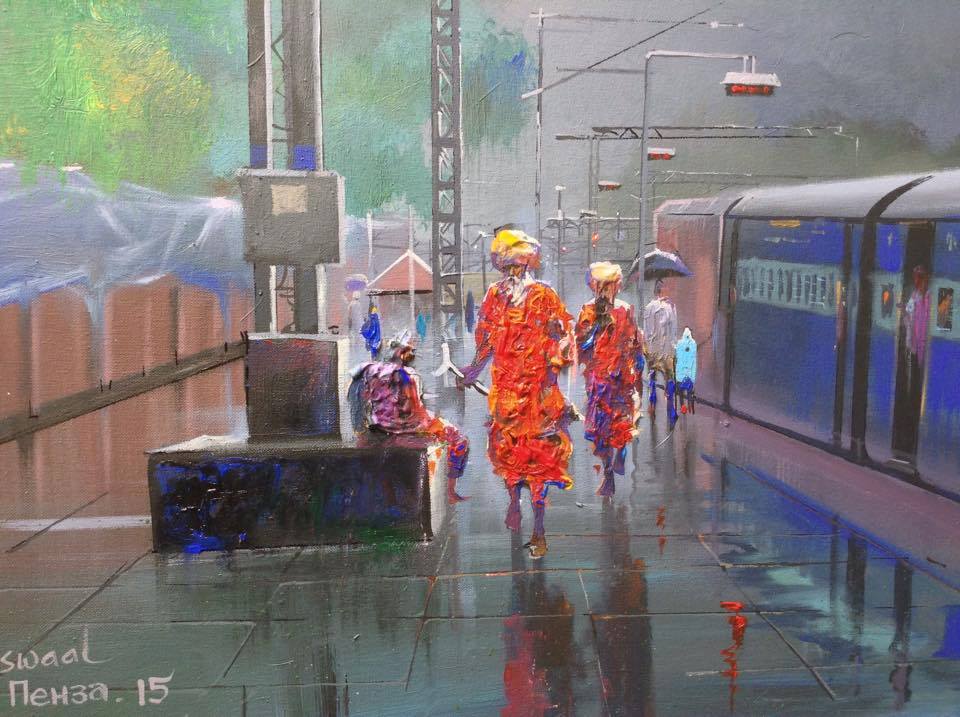 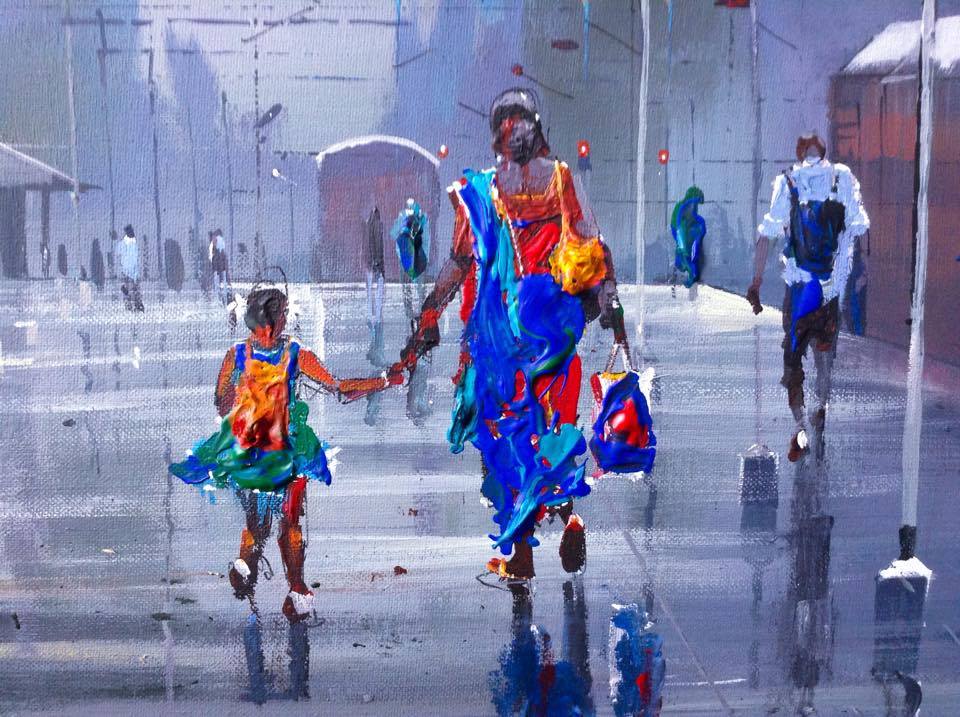 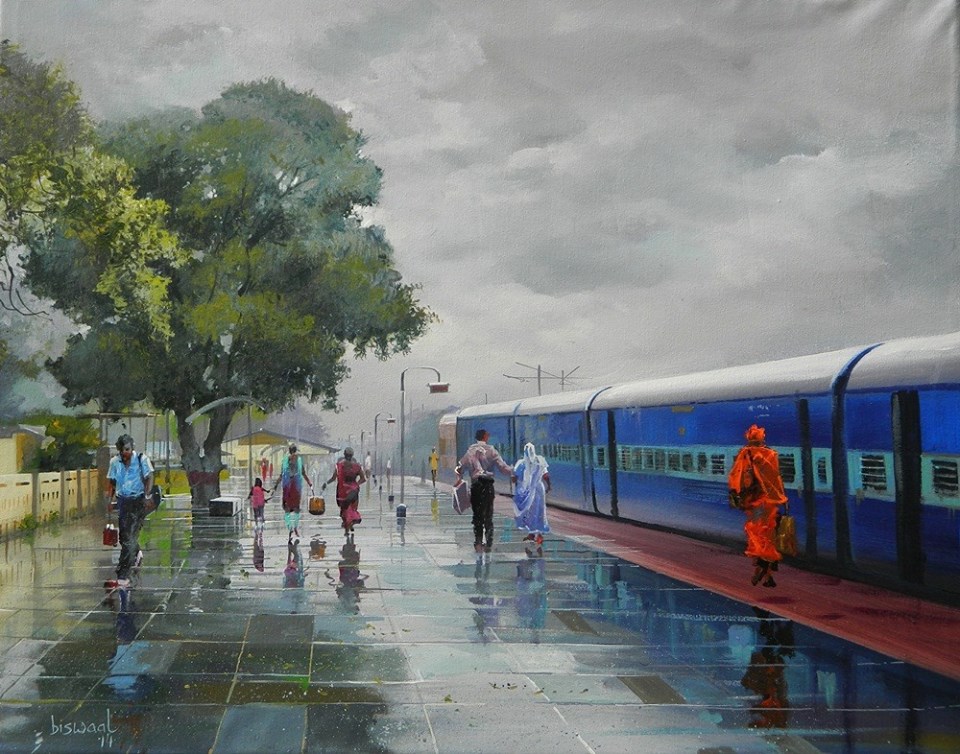 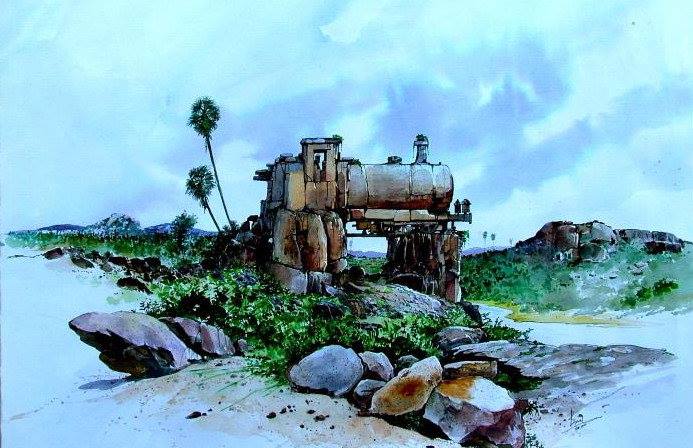 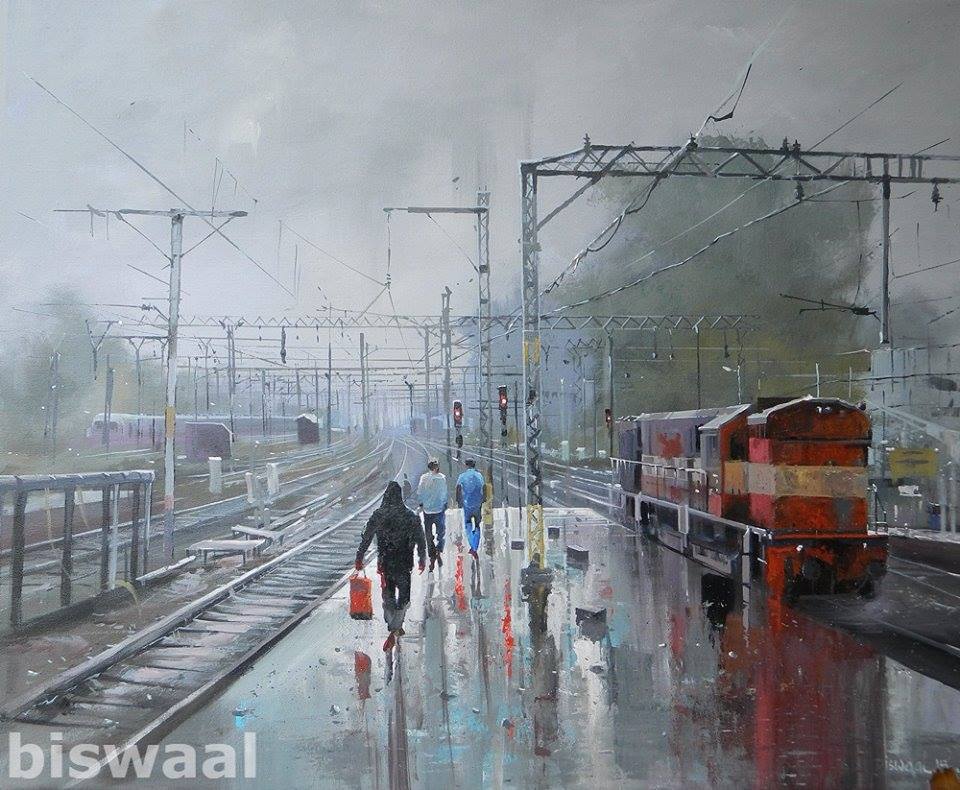 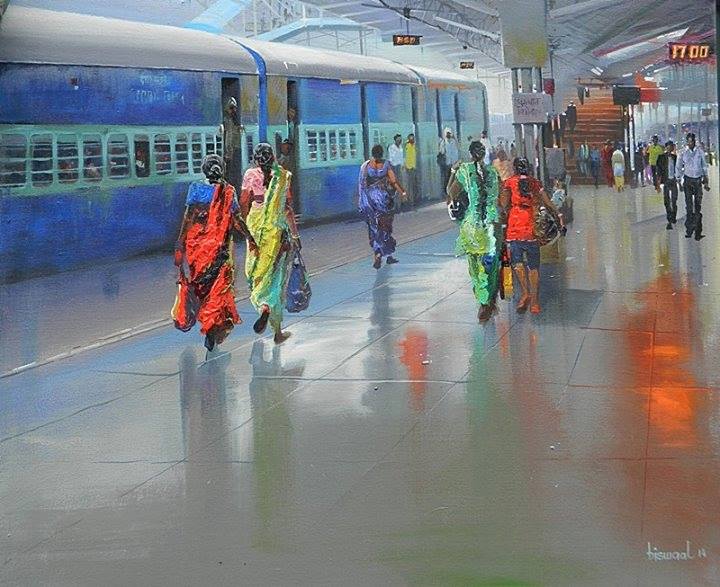 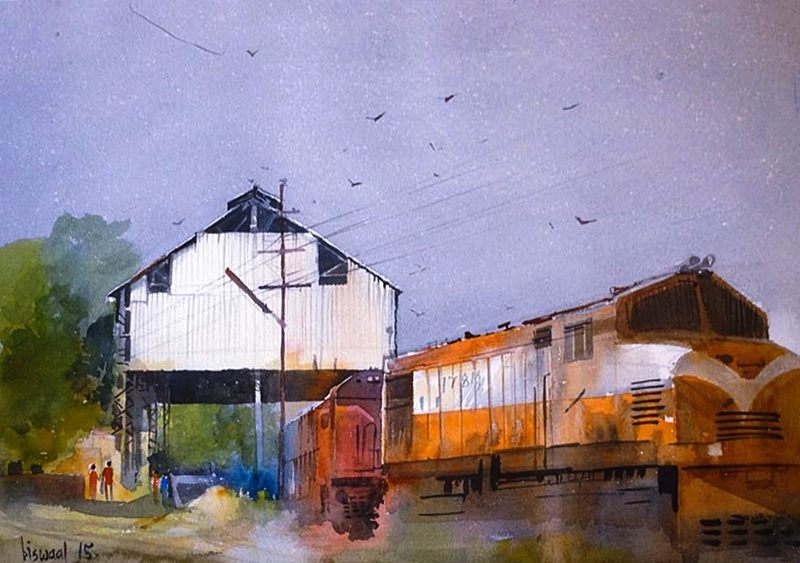 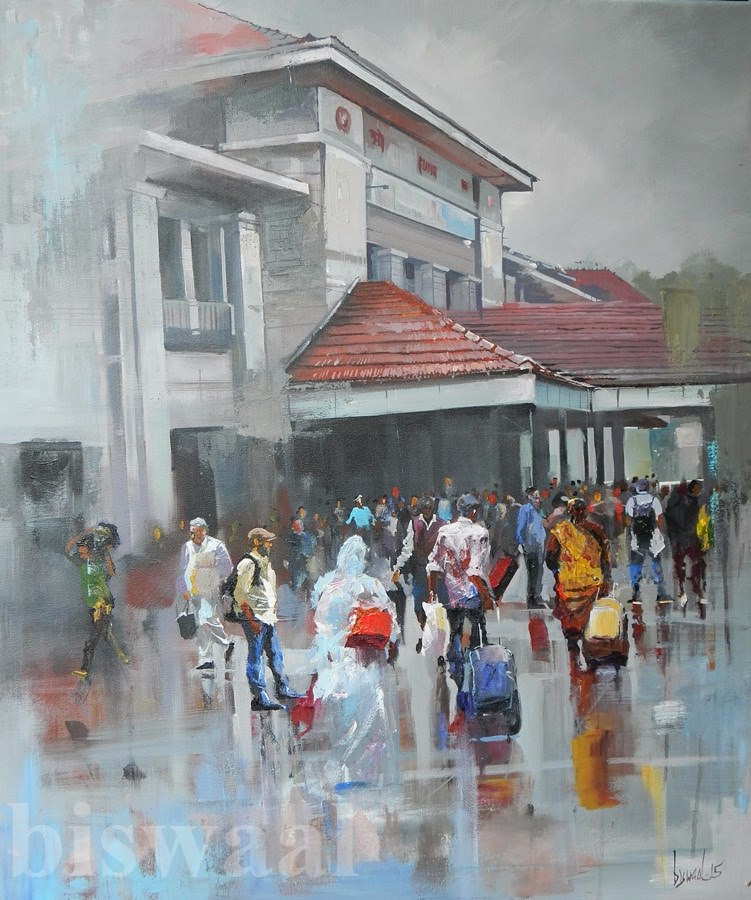 All images used with the prior permission of the artist.