Contribute Subscribe
In the 1950s, C Rajagopalachari coined the phrase “licence-permit raj” while attacking Jawaharlal Nehru’s policies, which he thought placed too much power in the hands of the bureaucracy giving rise to corruption and stagnation.

The maze of licences and permits required to do business in India till the 1980s meant that babus sitting in government offices remotely controlled business decisions. However, the process of economic liberalisation in 1991 is supposed to have ended that. Right?

This morning, Vijay Nair, CEO of event management firm Only Much Louder, posted a graphic onto Twitter which described the gargantuan maze of permissions and licences that one has to navigate for the seemingly benign task of holding, say, a conference or music concert in India’s financial capital, Mumbai. 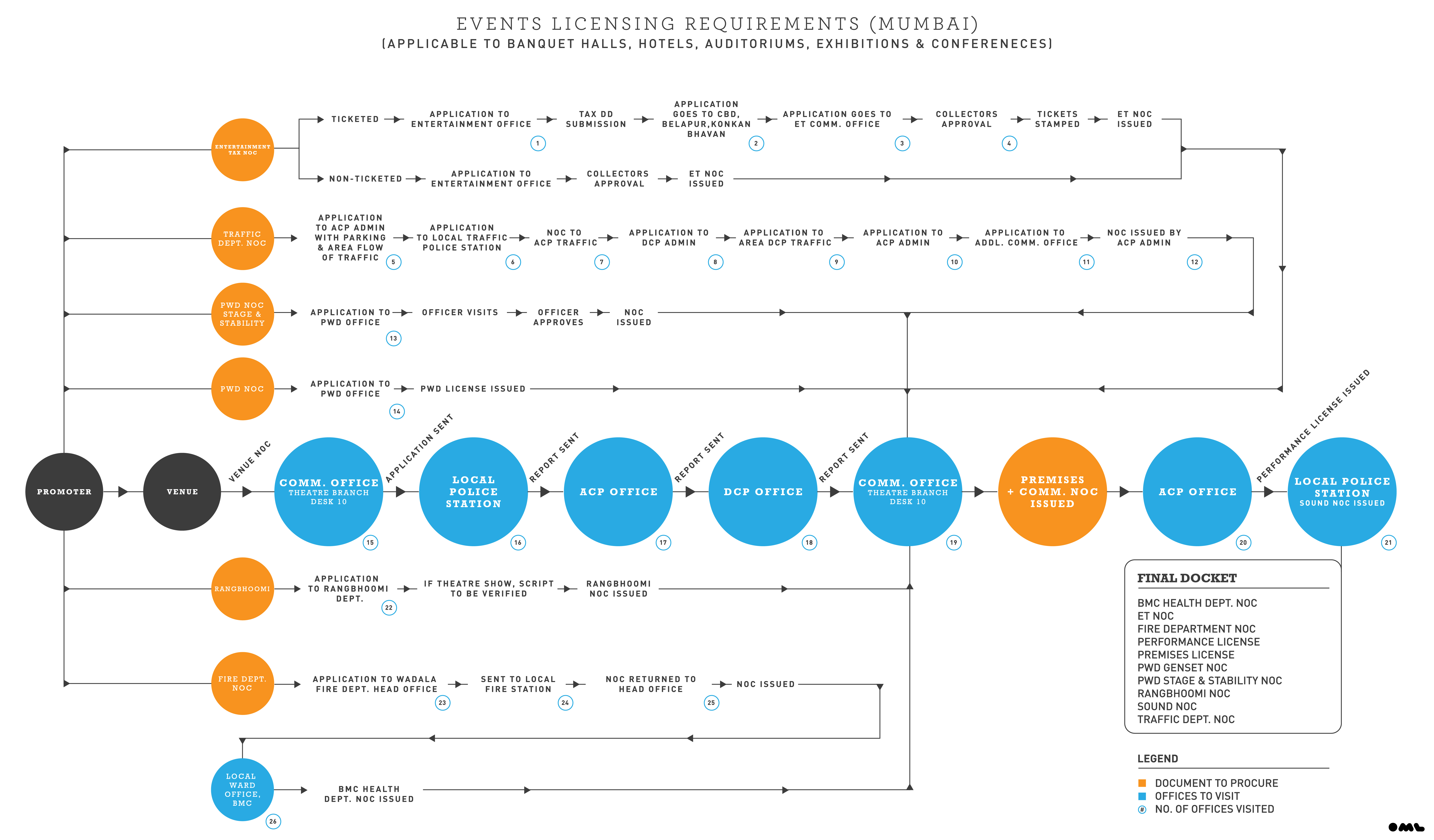 To sum up, the process requires 10 no-objection certificates and a visit to 26 offices.

Only Much Louder has, in fact, experienced this mutant red tape first hand when American comedian Jerry Seinfeld’s first ever show in India was cancelled because of “issues relating to traffic and parking”. This arbitrary lack of permission ended up costing the organiser, Only Much Louder, $2 million.

Not surprisingly, India is a terrible place to do business and ranks 142 out of 189 countries in the World Bank's 2015 ease of doing business ranking. In the list, we are sandwiched between Uzbekistan at 141 and Palestine at 143.