Become a Member
Ad
Stagnant puddles, which are a breeding ground for mosquitoes, follow the rains every year causing an increase in the incidence of water-borne diseases. Malaria is the third most common of these diseases in India after diarrhoea and typhoid. In 2014, the number of malaria cases in the country rose to 10,70,513, up from 8,81,730 in 2013. 35 countries, India being one of them, contributes to 96% of the total malaria cases and 98% of the total malaria deaths in the world. India is also one of the three countries that accounts for 97% of the malaria cases in South East Asia. 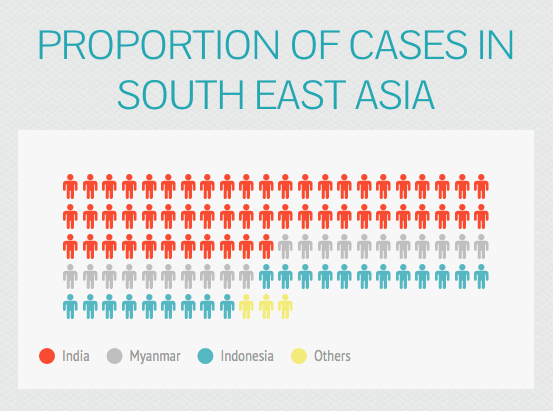 The maximum number of malaria cases in Indian cities are reported from Ahmedabad, Chennai, Kolkata, Mumbai, Vadodara, Vishakapatnam, Vijayawada and Pune thanks to increasing urbanisation, industrialisation, and construction projects. According to the Annual Report of the Ministry of Health and Family Welfare 2013-14, the Urban Malaria Scheme is currently being implemented in 131 towns of 19 States and Union Territories covering 130 million people but is it enough?

A 2010 Lancet study stated that more than 2 lakh Indians die of malaria every year. This generated a lot of controversy as the National Vector Borne Disease Control Programme had reported only 9,778 deaths due to malaria in the last decade. The same study also found that 90% of deaths occurred in rural areas, of which 86% occurred at home without any medical attention. According to the World Malaria Report 2014, 22% (275.5m) of India's population live in high transmission (> 1 case per 1,000 population) areas. In 2013, Maharashtra and Odisha reported the highest number of deaths due to malaria but the highest number of registered malaria cases were reported in Odisha (2 lakh) followed by Chhattisgarh (1 lakh) and Jharkhand (97,215) cases. 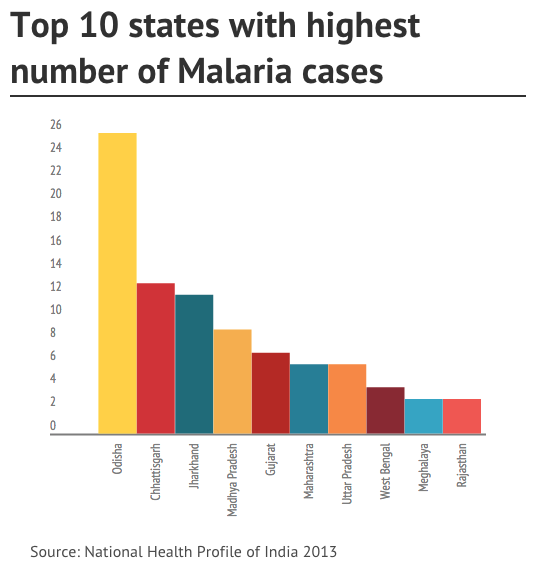 Climate change is expected to alter the spread of malaria in the country. A study published in the Indian Journal of Medical Research says that the geographic range of malaria vectors will shift away from central regions toward southwestern and northern States by the 2050s. The duration of exposure is likely to widen in north and west India, and shorten in south India.

Link with canals and dams

Research shows that irrigation canals have increased malaria risks. Around 10.9 million people are at risk of malaria due to large dam sites and irrigation canals in India. The Thar desert in Rajasthan was hit by its first major malaria epidemic in 1990 recording 48 deaths. This was followed by a bigger disaster in 1994 with double the calamities when the Indira Gandhi Nahar Pariyojana was extended causing seepage and water-logging due to faulty design. Around 100 cases of malaria in Jaisalmer district were reported in May 2012.

After the implementation of the Mahi-Kadana project in India, the annual parasite index in just 15 years of its implementation increased from 0.01 to 37.9. In Meerut and Gurgaon, the incidence in canal-irrigated villages increased up to nine-fold.

According to a study, the economic burden of malaria in India is $1940 million with 75% of the burden coming from lost earnings while 24% comes from treatment costs. The Indian government spent $99.52 million in 2011 for the malaria control programme, which dropped to $51.33 million in 2013. It isn't surprising that prevention measures are far from desirable standards.

Mosquito nets treated with insecticide and indoor spraying are two globally-accepted measures to protect the high-risk population. In 2013, India provided this protection to less than 20% of the vulnerables leaving a huge segment uncovered. 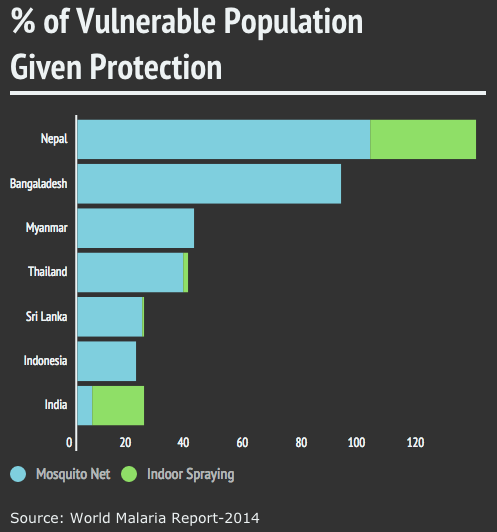 Under the National Health Mission, Community Health Workers (ASHA) were provided with drug kits in which medicines related to malaria were also supplied. The Empowered Procurement Wing has procured anti-malarial drugs of Rs 146 crore but due to long government systemic processes, the drugs do not reach the community health workers on time especially in remote villages.

“In the last three years, the government malarial drug supply has not improved much. The availability of drugs to the community health workers needs to be regularized”, says Pooran Singh, Regional Coordinator Bastar division, State Health Resource Centre, Chhattisgarh.

Malarial eradication needs a fresh approach. The dependence on a large chunk of international funding alone is not a sustainable solution to control and eliminate malaria in India.

This article was originally published on India Water Portal.

How India got 2000% return on anti-malaria investment