Contribute Now
Ad
Last month, the central government notified a set of new guidelines that promise to make the process of adopting children faster and more transparent.  As the system braces for change, Scroll brings you a new series on different aspects of adoption in India.

Sex selection during pregnancy may be illegal in India but when parents sign up to adopt a child, the registration form allows them to list a preference for either a boy or a girl. Most parents eagerly fill in their choice, but in 2013, when Suman Ramasundaram and her husband registered as prospective adoptive parents at an adoption agency in Bangalore, they were among the few who did not specify a gender preference.

“If we were having a biological child, we wouldn’t have had a choice anyway, so why here?” said Suman, an aviation engineer from Bangalore.

Since waiting lists of adoptive parents have grown notoriously long in the past few years, Suman expected to be in line for a long time. And given how unwanted girl children are often abandoned by Indian families, she expected to eventually be given a girl.

But when the agency finally called to say that a baby had been found for the couple, Suman and her husband were taken by surprise: it was a boy. The wait hadn’t been too long either – the call came just three months after they had registered. “I think we got bumped up on the list precisely because we didn’t have a gender preference,” said Suman, who brought her four-month-old son home in April 2014. “Most parents these days choose to adopt girls.”


In the past few years, agencies and adoptive parents have noted a growing preference for the girl child over boys in India’s adoption system. The trend may seem contrary to expectations in a culture where female foeticide and infanticide are still raging problems, but it can be explained with the same reasons.

Increasingly for educated, urban parents, adoption is not just a last resort because of failure to have a biological child. Many adopt to make a difference, and invariably take into account the social disadvantages that Indian girls face from the time they are conceived. This awareness and social consciousness plays out both directly and subliminally as more and more adoptive parents opt for daughters, despite the long waiting lists.

“When we got serious about adoption in 2013, we were very clear that we wanted a girl,” said Marco D’Souza, a Mumbai-based journalist who was on the waitlist for adoptive parents for seven months once he and his wife registered with a private, government-recognised agency.

Private agencies tend to have only a limited number of adoptable children at a time because when abandoned or lost children are documented and declared eligible for adoption, the authorities typically prioritise government-run agencies. In the process of matching babies to the preferences specified by parents on the waitlist, healthy, fair-skinned girls are usually the first to get picked.

When the D’Souzas were more than five months into their wait, their agency called to say that a boy was available, but no girls. “We were actually surprised to hear that so many boys get left out of the adoption stream. Since we had been waiting for so long, we almost agreed to adopt the boy,” said Marco. Just before the process could be taken forward, however, the agency called again.

“They told us that a girl might be available in some time, so we eventually chose to wait.” Two more months later, in March 2014, Marco and his wife were finally introduced to their three-month-old daughter.

In the face of stigmas

In Bangalore, Aaliya Swamy’s gender preference as an adopted parent was a lot more conscious. “We specifically wanted a girl with a dark complexion as a way of addressing two strong social stigmas that favour sons and fair skin,” said Aaliya*, a software professional whose daughter came home in January. “In south India in particular, complexion is given a lot of importance. We wanted to go beyond these ideas of beauty.”

Her choice didn’t go unquestioned. “A lot of people have asked us why we adopted a girl and not a boy, but somewhere, we wanted to bring in a change,” she said.

At times, even figures of authority end up questioning an adoptive parent’s choice of gender. Mumbai-based Meenal Mungekar, for instance, faced questions from the family court judge who legalised her adoption of two sisters in 2012.

The girls, then aged 5 and 3.5, were from an adoption agency in Maharashtra’s Jalgaon district. In the first few months after an adoption, a child is said to be in foster care until the district’s family court processes the case and grants legal parenthood to the parents. “In our case, the judge actually grilled me about why I wanted to adopt two girls, because traditionally Indian parents prefer boys,” said Meenal, a teacher working with an e-learning company. 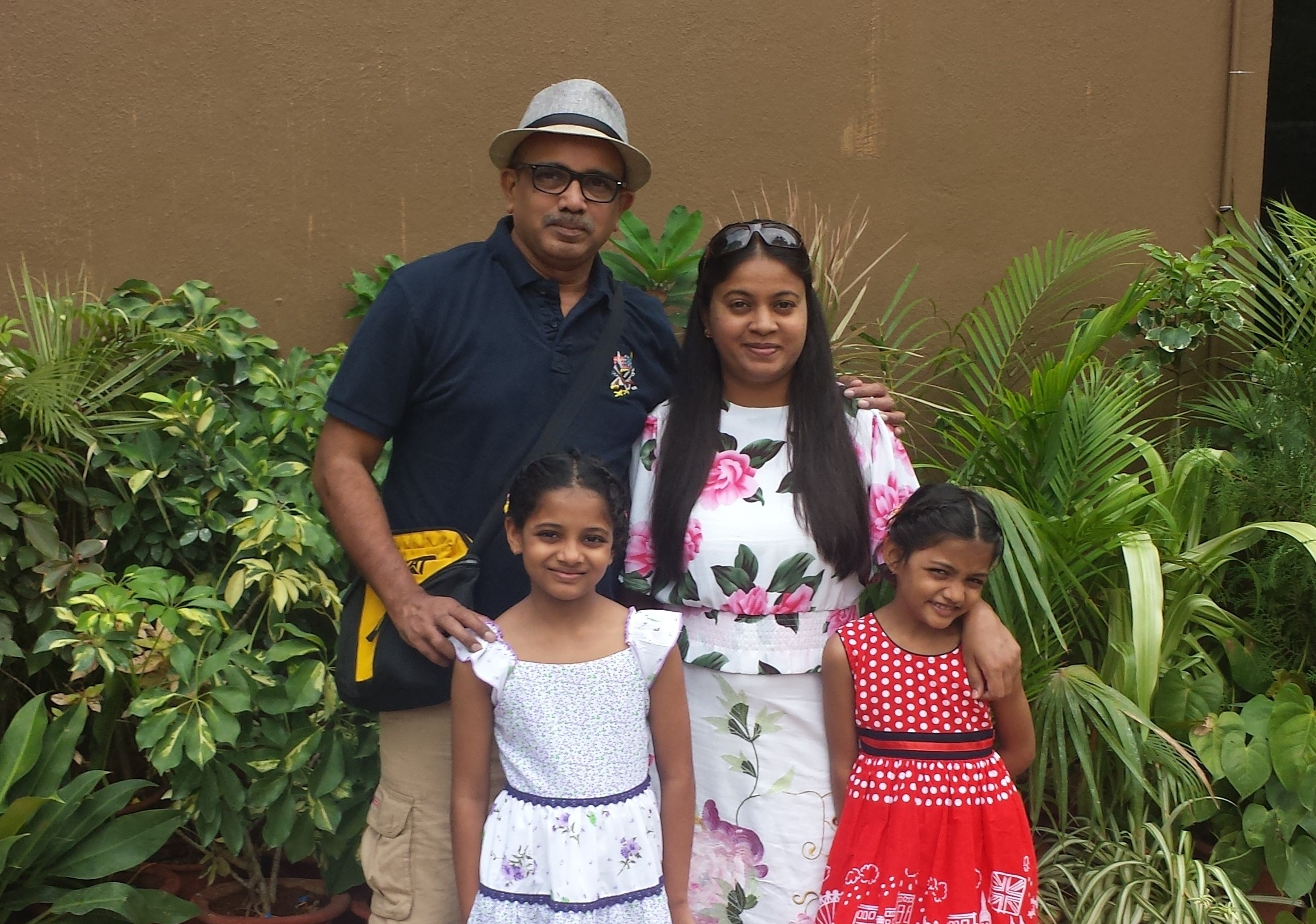 Meenal Mungekar with her husband and daughters.

Besides a desire to correct the injustices done to the Indian girl child, parents and adoption agencies believe there are a variety of other reasons why more people prefer adopted daughters over sons.

A heightened sense of social consciousness, for instance, could also be accompanied by a fear of how people in progressive social circles might judge adoptive parents. “It is possible that parents are afraid of choosing a boy because others might perceive them negatively,” said Suman.

Meenal believes some adoptive parents also have fears of how boys might react to them at an older age. “There is a mindset that boys could be troublesome at a later age when they learn about the adoption,” she said. “People believe that girls, on the other hand, are likely to have a stronger connection with their adoptive parents.”

The notion that daughters are more caring and more attached may or may not have any basis in reality, but it is a belief that is quite pervasive. “Many parents prefer to adopt girls because they think daughters will look after them better in their old age,” said Prajakta Kulkarni, founder of Snehankur, an orphanage and adoption centre in Ahmednagar, Maharashtra.

Despite all these changing ideas, Kulkarni points out that a number of traditional communities continue to prefer boys over girls, whether biological or adopted.

In rural Haryana, a government-funded adoption agency confirms this tradition. “Here, we still see a preference for boys,” said Anita Sharma, a child development project officer with additional charge at Bal Gram Rai, a shelter home and agency in Sonepat. “But a lot of educated parents today do think of boys and girls as equal, so it is changing.”

This is the first part in a series on adoption in India. The rest of the stories are here.