Contribute Now
Ad
Radhe Shyam Solanki sat beside his soya crop, like a mother lovingly looking over her sleeping baby. “This land has fed us for generations," he said. "We have an emotional connection with it that most people would not understand.”

Solanki is one of the 200 farmers in Kallibillod village of Indore district whose land will be acquired for the Delhi Mumbai Industrial Corridor, which is being touted as the world’s largest infrastructure project. Estimated to cost $100 billion, the corridor will include manufacturing hubs and smart cities situated along high-speed expressways, ports and airports.

But farmers like Solanki are resisting efforts to make them part with their plots. His village lies in the Pithampur-Dhar industrial region, a major manufacturing node that falls bang in the middle of the 1,500 km-long corridor.

In August 2011, soon after they received an acquisition notification from the Madhya Pradesh Industrial Estate Development Corporation, Kallibillod's farmers moved the Bhopal High Court. They said since plots were lying vacant in the adjoining industrial area in Betma, they saw no need for the government to acquire additional land. They believe they are on firm ground: they own fertile multi-crop lands, which could not be acquired for industrial purposes under the land acquisition law passed in 2013. 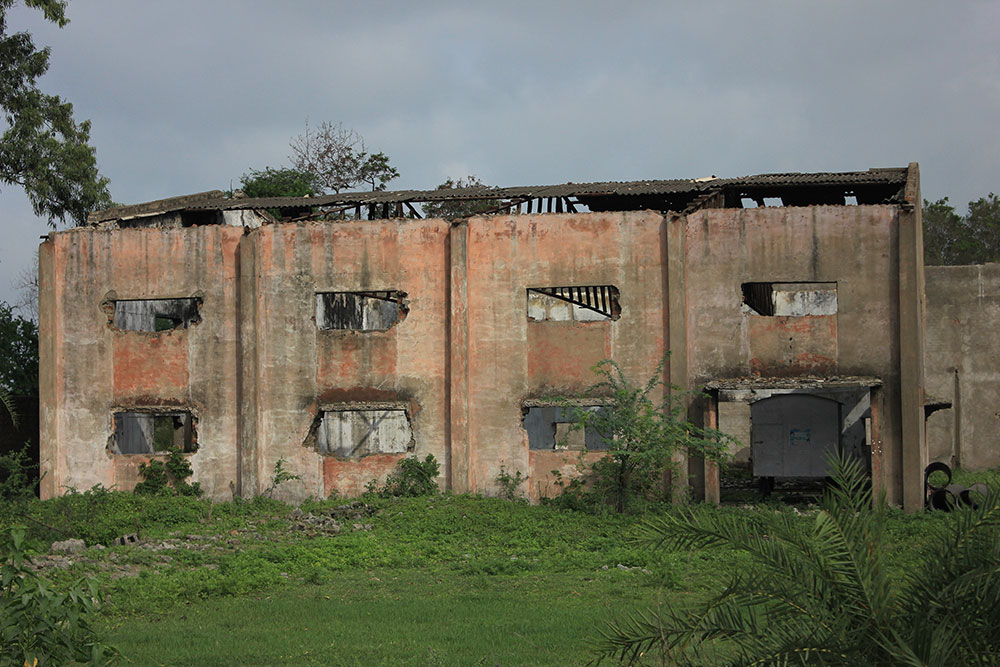 The farmers of Kallibillod village are not the only ones opposing the DMIC. Struggles against land acquisition for the project are erupting across all the six states. In some cases, it is the land owners who are fighting back. In others, the resistance is coming from those who make a living working on the land, even if they don't own it.

Many activists believe that one of the reasons the Narendra Modi government wants to replace the 2013 land acquisition law is to make land acquisition for the DMIC easier. At the end of 2014, the government promulgated an ordinance to exempt infrastructure initiatives, including industrial corridors, from the social impact assessment exercise that other projects must go through. Infrastructure projects were also absolved from having to gain the consent of 80% of land owners who will be impacted.

So far, the government has not been able to secure Parliament’s stamp of approval for the amendments. But on the ground, the stalemate has not stopped the acquisition of land for the DMIC.

The six states through which the DMIC will run – Haryana, Uttar Pradesh, Rajasthan, Madhya Pradesh, Gujarat and Maharashtra – have devised their own ways to acquire land.

To the south of Delhi lies the district of Dadri in Uttar Pradesh. Here farmers face the double juggernaut of industrialisation and of urbanisation, as the capital expands into the hinterland. Unable to resist, many are reconciled to selling out for the best price they can obtain.

On its part, the UP government has decided to enter into direct purchase agreements with them. Instead of acquiring the land under a coercive law at pre-determined rates, the entity that is procuring land on behalf of the government is striking deals with individual farmers after negotiating the price with them . Leenu Sahagal, General Manager of the Greater Noida Industrial Development Corporation said that this strategy  has made the process much smoother.  “It helps us satisfy each of their needs specifically,” she explained.

But Rishit Neogi of the National Alliance for People’s Movements, an umbrella organisation of several activist groups, claimed that such direct purchases offer fewer protections than the 2013 land acquisition law. While land owners are sometimes compensated handsomely, rehabilitation and alternative employment are not provided. The direct purchase strategy also fails to rehabilitate people who do not own land but depend on it for their livelihood.

The price of politics

In some instances, like in Dadri, even the price being offered by the state government is a source of unhappiness. According to the farmers of Bodaki village, the Indian Railways has acquired most of the land in their area for the Western Freight Corridor, an ambitious rail corridor exclusively for goods, around which the DMIC will be built. The Railways quoted a standard rate of Rs 23 lakhs per acre for all farmers. But the state government has offered rates varying from Rs 16 lakhs and Rs 25 lakhs per acre, depending on the negotiating capacity of the land owner. Farmers said the system favours those with political clout who can extract a higher rate. Those who do not have access to the influential people stand to lose.

It is no surprise that the farmers whose lands were acquired by the Railways feel fortunate, while those whose plots are being acquired by the state for the industrial zone are fighting the move.

“We would rather give our lands to the Central government, which would promptly compensate us rather than the state government which uses dadagiri," said Deepak Bhati, a 26-year-old man whose family owned 20 acres in Bodaki village. But, as he added, “We do not have an option to keep our lands."

The Bhatis sold their land to the Railways for Rs 6 crore, obtaining extra compensation for a house and a well. They have decided to buy some more land about 20 kilometres away from the railway crossing because they are sure the value of that land will increase when the infrastructure projects kick off.

In other states, farmers are wary of the DMIC because of their previous experiences with giving up land for industrial areas.

Take for instance, the Pithampur industrial region. It was set up by the government of Madhya Pradesh about 25 years ago to house automobile factories, pharmaceutical enterprises and an assortment of small-scale industries. The region was designated as a Special Economic Zone to attract investment and encourage manufacturing. But at least 40% of the lands in the area are now vacant, said Tapan Bhhattacharya, a farmers rights activist in Indore who has surveyed the area. “Why aren't they using those?" he asked. "Why does the DMIC want to acquire more land?” 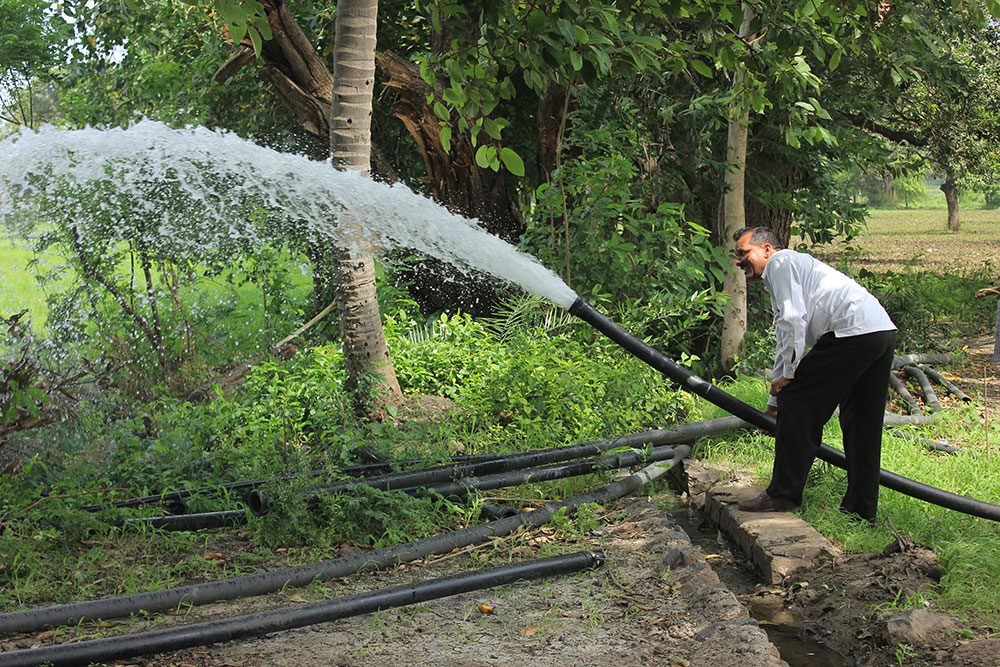 Radhe Shyam Solanki at his farm.

Pithampur isn't an exception. According to an investigation by NDTV in 2014, 20%-25% of the land acquired by the Industrial Development Corporations in five states is lying idle. The investigation showed that though Maharashtra has an unallotted land bank of 100,000 acres, it is set to acquire about 90,000 acres more.

Why is the government acquiring additional land? For a project of the DMIC’s magnitude, existing industrial land is simply not adequate, said Manish Agarwal of Pricewaterhouse Coopers, who was involved in framing the feasibility report for some sections of the corridor.“This is a project of unprecedented scale, and so the resources needed are going to be much more than anything we have seen until now,” he said.

Few farmers buy this argument. Solanki believes that if the government failed to develop the lands already acquired for industry, it is certainly not capable of executing bigger projects.

He points to the troubling experiences of farmers who gave up their lands to accommodate the Pithampur industrial district when it was announced. “Most of their children are now in cities doing menial jobs, or worse still, they have become daily wage earners," Solanki said. "Why would I wish a similar fate to my children?”

That is the same question raised by Narayan Bhai Chauhan, 450 kilometers west of Kallibilod in Gujarat’s Dholera district. He was also sceptical about the government’s wavering policy towards land acquisition.

In the 1960s, when the Sardar Sarovar Dam was being planned, Dholera was notified as one of the beneficiaries of the project. The Gujarat government had said that it was necessary for the fertile lands of Dholera to be given more water in order to support a third crop on the precious black soil.

When the government acquired land from farmers to construct canals, they gave it willingly, assuming that the water would raise the productivity of their fields.

But while the main canals from the dam were still being constructed, the government notified about 820 square kilometers of land – an area larger than Shanghai – for industrial purposes under the Special Investment Region Act of Gujarat. Even before the waters of the Narmada reached Dholera, the construction of the canals was cancelled.

“They asked us why we need Narmada’s water" since the land was being acquired for industries, said Chauhan. In 2011, about a quarter of the area that was notified for industries was earmarked for an airport. Today, Dholera is being paraded in front of international investors as India’s first greenfield smart city.

Farmers in the region say they will not part with their land because the government changes its plan every few years. “They never make up their minds about what they will acquire lands for,” said Chauhan.

This is the second part in a series on the Delhi-Mumbai Industrial Corridor. You can read the first part here.