Contribute Now
Ad
The achievements claimed by the Department of Posts during the one year of Prime Minister Narendra Modi’s term in office centre around the implementation of plans announced and programmes started by the previous government, such as automation and core banking solutions.

We emailed our findings to the ministry last week, requesting comment. There was no response.

1. Post offices networked: Approved in 2012, most networking during UPA term

*Computerisation of all post offices, mail offices, administrative and other offices.
*IT infrastructure and development of software applications

The IT project aims to provide postal customers with call-centre services, Internet, ATM, mobile banking and net banking for Post Office Savings Bank customers; and provides an electronic and secure mode of money transfer, including doorstep delivery, even in rural areas. A major portion of the networking of post offices was done during the term of the previous government, and 26,597 post offices were connected over a wide-area network by December 31, 2014.

2. Proposal for handheld micro-ATMs to post offices: proposed in 2012

Claim: As many as 1 30,000 handheld biometric devices to be provided to rural post offices.

Check revealed: Equipping rural post offices with “hand-held devices with biometric identification, micro-ATM enablement, network-provided printer to provide receipts to customer and a solar-powered battery to charge and operate the micro-ATM” was an objective originally mentioned in the IT Modernisation Project, 2012. It isn’t yet clear when these will be delivered.

3. Core banking-enabled post offices grow: As they have in the past, as per plan

Check revealed: Core banking services are part of the IT Modernisation Project, 2012. The project proposed ATM, Internet and mobile banking for post-office savings-schemes users. Around 1,000 ATMs are proposed across India. The rollout of core banking services and ATM installation began in September 2012, and the completion target date is March 2016. By March 2013, 360 post offices and eight ATMs were commissioned. 1,436 post offices offered core banking services by December 2014. Comparing implementation during 2013-14 and 204-15 does not make sense because the project is running through its implementation–as planned. 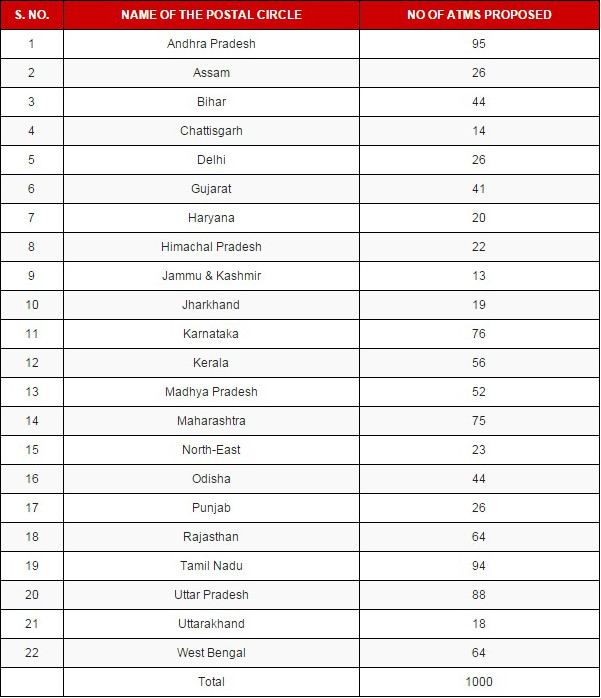 Check Revealed: Department of Posts introduced cash on delivery as value addition to the parcel service with effect from December 2, 2013 which is available to the contractual customers of express parcel, business parcel and speed post. So, the Rs 100 crore figure regarding COD during 2013-14 pertains to only a three-month period in 2013-14.

Claim: CAG report laid in Parliament on May 8, 2015 highlights that Speed Post is far better than private couriers.

Check Revealed: The CAG report 20 of 2015- Report of the Comptroller and Auditor General of India on Communications and IT tabled in Parliament on May 8, 2015 is a performance and compliance audit report for the year ending March 2013.

This article was originally published on factchecker.in.