Aug 20, 2015 · 12:30 pm
Mayank Jain
Jeans. Cellphones. Solitude. Mode of address. Even chowmein. These are just some of the things people in India have blamed for causing rape, instead of actually blaming the rapists. It is this attitude that gender education initiative No Country For Women set out to address with its latest poster campaign on Facebook. 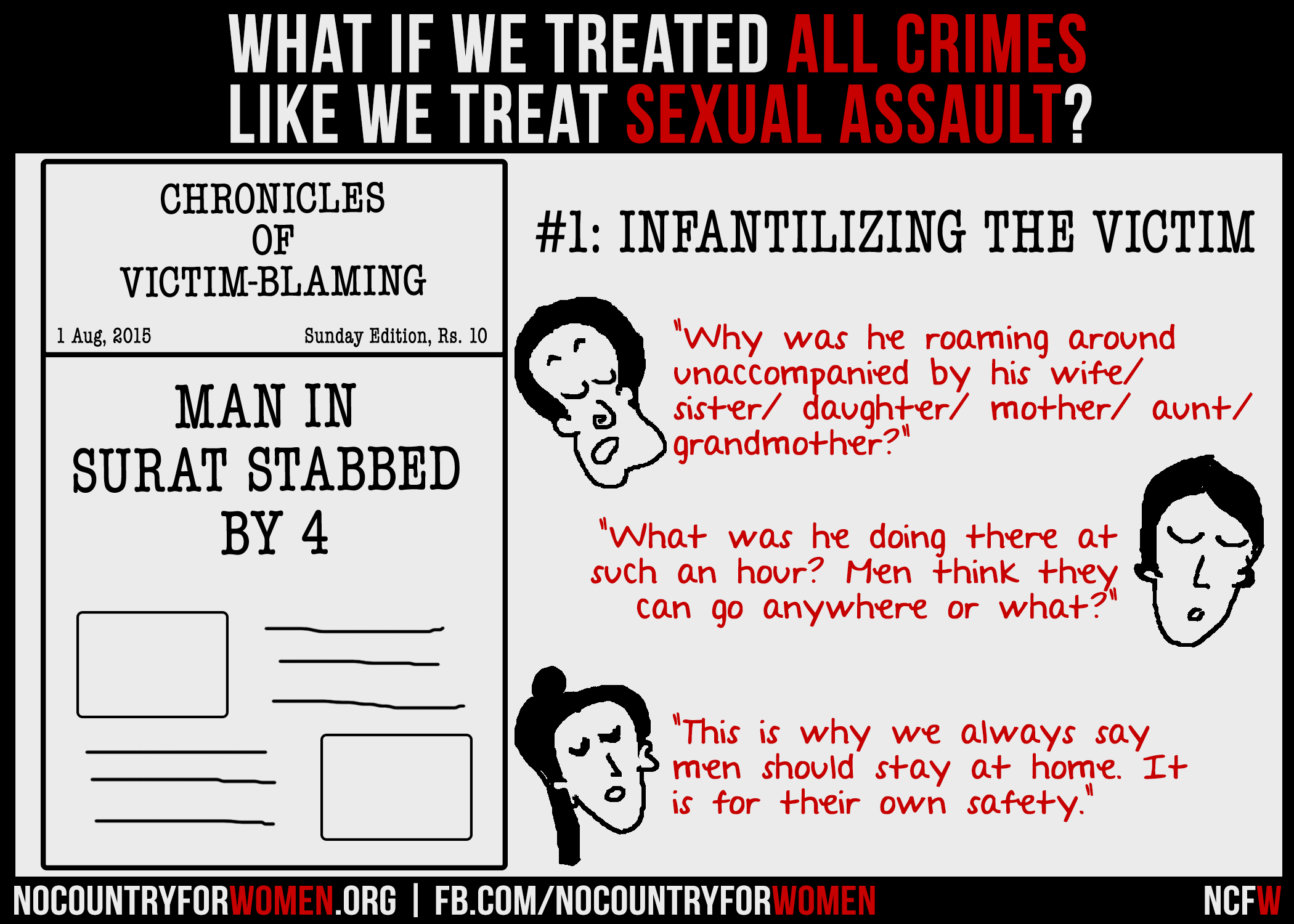 The campaign makes use of the hashtag #stopvictimblaming and tries to imagine what would happen if all crimes were given the same treatment that sexual assault gets.

“The problem of gender-based violence in the country is the result of deep-seated norms, attitudes and mindsets that infiltrate every strata of society and usually manifest in seemingly harmless forms of everyday gender discrimination,” said Shreena Thakore, co-founder of the initiative.

The organisation believes that the rhetoric and stereotypes surrounding sexual assault are repetitive, so one ends up hearing the same lines over and over again until they start to blur.

“The important thing to remember is that none of these responses are specific or anomalous – they are part of broader general patterns that are manifestations of predominant, extremely problematic mindsets,” said Anushka Jadhav, managing director of the organisation.

Through the campaign, the organisation aims to spark conversations and change mindsets.

“Social media can act as a fantastic open forum to spark conversation about topics that individuals might not organically engage with otherwise,” Thakore said. “Content like this gets individuals thinking enough to go back and initiate conversations within their own communities, leading to a larger mindset transformation.”

Here are some of the posters from the campaign. 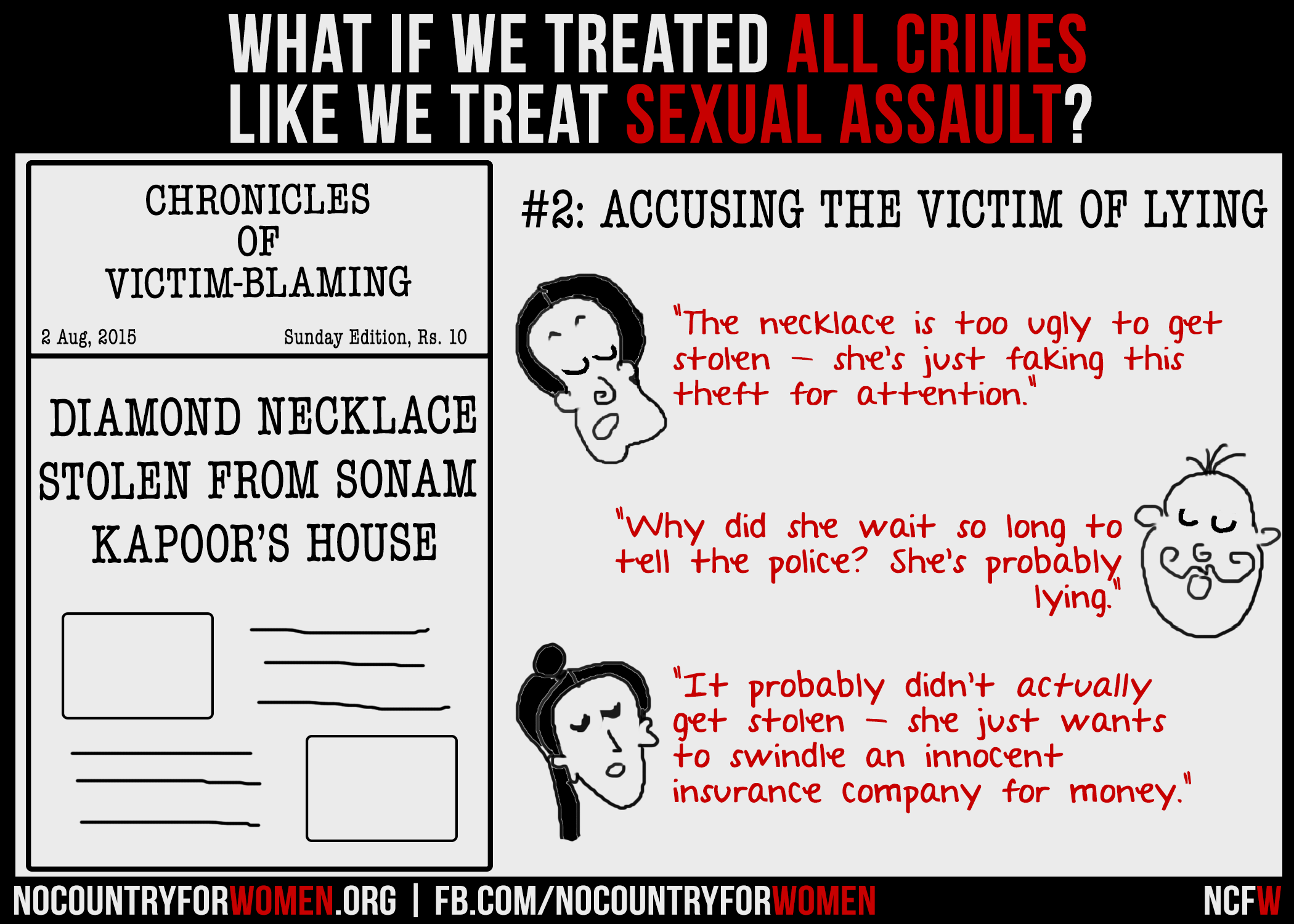 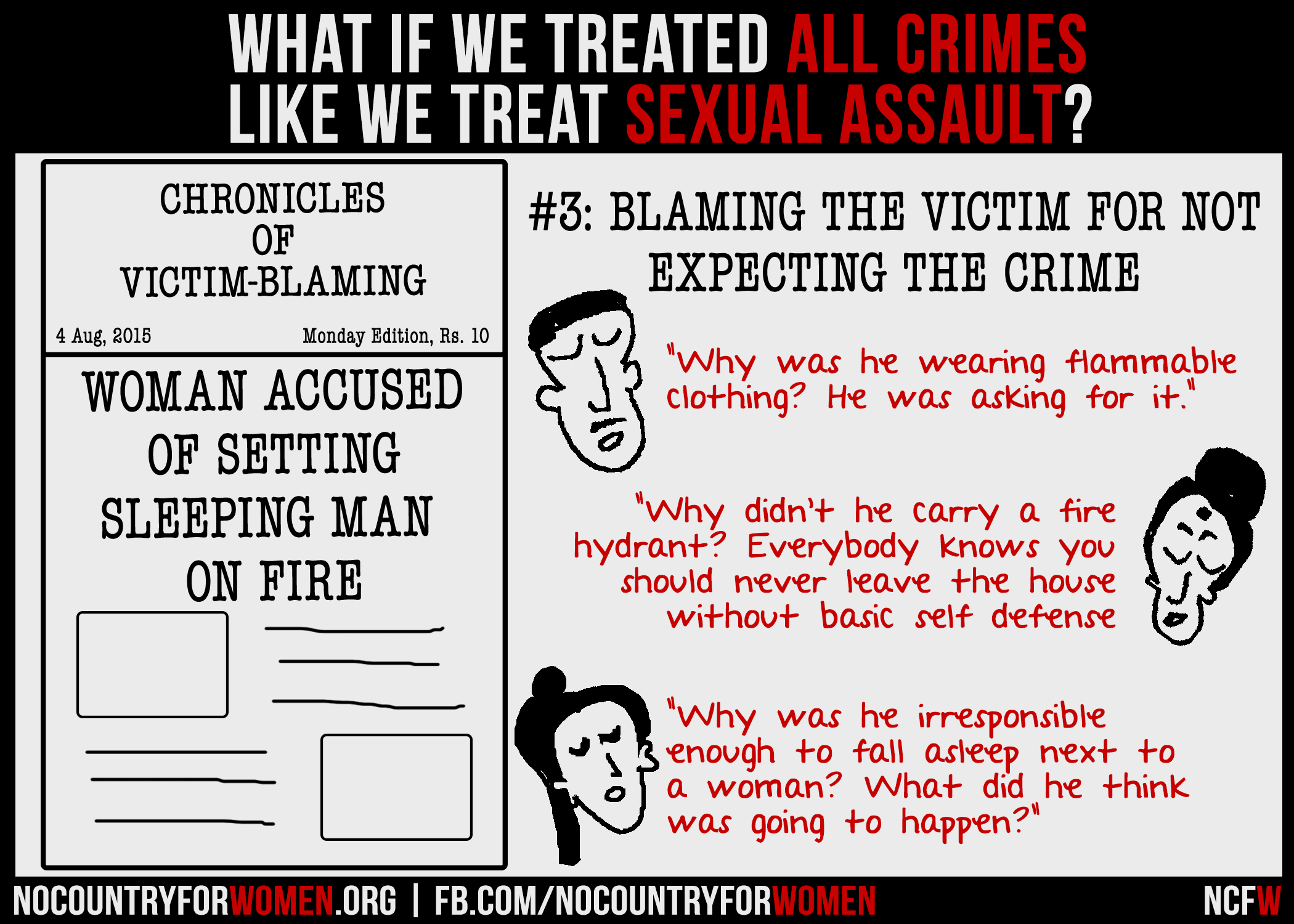 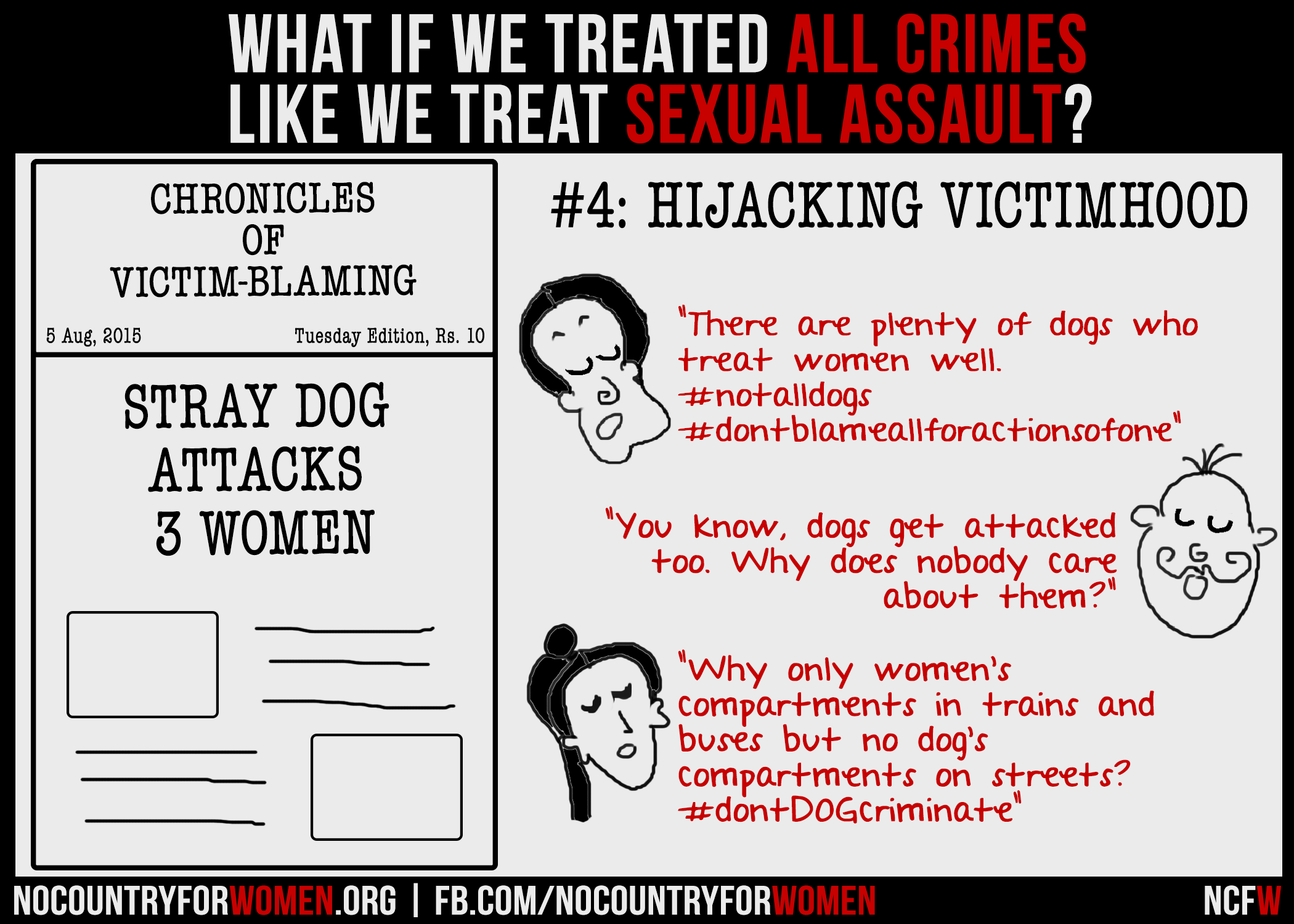 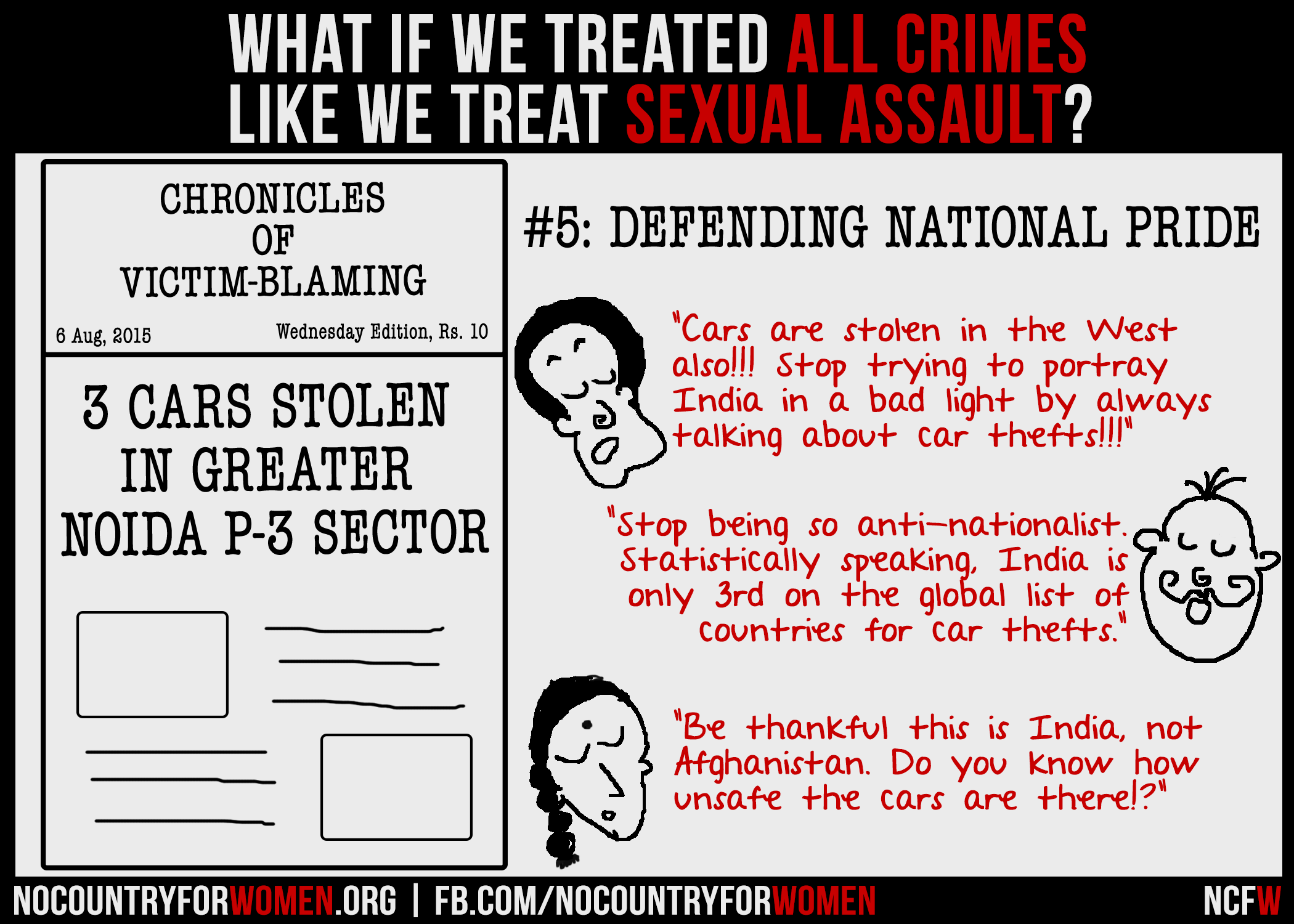 A Pakistani mother’s anguish at the rape-murder of 8-year-old Zainab: ‘She isn’t just a statistic’