Aug 23, 2015 · 11:30 am
Nandini Ramnath
Umesh Kulkarni’s new Marathi movie is set on the 94.5-kilometre stretch that has made Mumbai and Pune seem more like greater suburban cousins than two metropolises separated by distance and time. The Mumbai-Pune Expressway rarely pauses, except for rain-induced landsides, but what if you were to look down on its winding roads from above, freeze the moment, and climb into each of the many shared taxis, private vehicles, inter-city buses and trucks? What kind of people would you find, and what would their stories be? Some answers can be found in Highway, which will be released on August 28.

The portmanteau road movie has been written by its director and his regular writing collaborator, Girish Kulkarni, and follows a cross-section of people heading from Mumbai to Pune using various modes of transport. The 35 characters represent different income levels, professions, attitudes, languages and dialects. Among them is a foreign-returned Punekar who is outraged at local ways, a television actress on her way to an event sponsored by a politician, a student making his way to a mysterious assignment, a harried corporate executive and his superstitious wife, and a group of men with a suspicious package who hitch a ride on a truck.

Confidences and cooked meals are shared and biases and witticisms spill out during the trips. Most of the characters are boxed into their vehicles, like in Abbas Kiarostami’s 2002 feature Ten, and we regard them from multiple observation points. The passengers are being watched from the dashboard and through the windows, but they are also watching each other.

The director, writer, cinematographer Sudhakar Reddy, editor Paresh Kamdar and sound designer Anthony BJ Ruban dexterously braid together a cross-weave of narratives that were partially inspired by Kulkarni’s own shuttles between the cities over the years. “Earlier, we had the old highway experience where you would drive from Pune to Mumbai and take a break in Lonavala and decide when you wanted to head out to Mumbai,” said the 39-year-old Film and Television Institute of India graduate. “That was a one-day affair, but when the expressway came, things changed in a massive way. The experience is now reaching, not travelling. I was also curious about the change not just on the road but all around us – our new modes of communication, our sense of time and silence.”

While trying to raise funds for his debut feature Valu, which was released in 2008, Kulkarni travelled for over a year between Pune, where he lives, and Mumbai in shared taxis. “When we started, we would know nothing about our co-passengers and by the time we got off, we knew everything about their lives,” he said. “You see all kinds of things, and you can’t do anything about them, but you can observe.”

One of the seriocomic movie’s attempts is to unpack the quotidian encounters and peek behind the masks worn by travellers, especially those sharing a commute, Kulkarni said. “The tragedy is we believe these masks to be true, and this metaphorical highway unknowingly gives them the possibility of seeing their true selves.”

Why don’t we do it in the road?

The challenges of making Highway ranged from casting the right actors to deliver the screenplay’s minute observations on human foibles and tics to shooting inside moving cars using sync sound. The ensemble includes Kishore Kadam, Girish Kulkarni, Sunil Barve,  Renuka Shahane, Mukta Barve, Tisca Chopra and Huma Qureshi (the dialogue spans Marathi, English and Hindi), but there was also a parallel casting process. “Each and every car was tested – in fact, we conducted auditions of cars by closely examining their interiors,” Kulkarni revealed. “We wanted to distinguish each car sound from the other, and we wanted each experience to be different. For instance, Huma Qureshi’s character is taken to Pune in a car that is typically used by politicians in Maharashtra, for instance.” (Kulkarni himself uses a Hyundai i10 when he visits Mumbai.)

The filming process involved the camera and sound units squeezing into Indigos, Taveras and Honda Citys and recording while the director would often be in another vehicle, listening to the actors on his headphones. The crew made between 35 and 40 trips up and down the highway. The actors were boxed into the cars and were “as stuck as their characters”, Kulkarni said. “I was often not present in the car because I didn’t have space to sit,” he added. “So I would instruct the actors and the cinematographer and I would listen to them as they performed.”

By the end of the shoot, the crew had gained considerable expertise on all the shooting positions that are possible inside a moving car, while the cinematographer got a crick in the neck for his efforts.

“It was crazy and very exciting because it was unpredictable,” Kulkarni said.

Highway was the opening film at the Goa Marathi Film Festival in mid-July. Kulkarni is a familiar figure on the festival circuit right from when he made Girni in 2003 while still studying for his direction diploma at the FTII. Girni travelled to numerous festivals, and Kulkarni’s subsequent features Valu (2008), Vihir (2009) and Deool (2011) have graced the catalogues of leading Indian and international film events.

Festival darling status is highly coveted, infrequently achieved, and precariously maintained. Kulkarni says he is at the stage in his life when he wants to shift gears. He says he is tired of syncing release schedules with festival calendars and not making his film available to its intended audience unless it has premiered at a festival. If his movie misses out on an important festival or two because of its theatrical release, so be it.

“Some festivals have made a niche out of insisting on premieres, and this spirit can sometimes prevent audiences from watching films,” Kulkarni said. “The whole festival culture creates a lot of pressure on filmmakers – the pressure of getting selected becomes a form of validation, but we should get away from this notion of approval.” He says he has seen some film festivals change from spaces where a labour of love is shared with other filmmakers, audiences and critics to marketplaces dominated by deal-breaking sales agents. 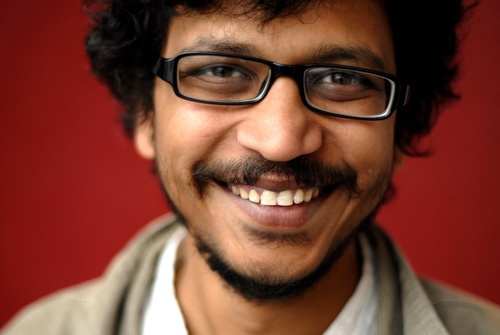 Not that Kulkarni and company have faced too many obstacles in connecting with intended viewers. His films have been accorded love from both critics and paying audiences. The common thread running through Valu (a satire set in an allegorical village), Vihir (a coming-of-age drama) and Deool (a critique of the commercialisation of religious faith) is accessibility. The narratives are never dense or complicated, and Umesh Kulkarni extracts pitch-perfect performances from his actors, unfailingly conveys a sense of the story’s fictional universe, and throws everyday humour and songs into the mix.

“We want the audiences to come a step forward into the domain of the films we are making,” he said. For him, filmmaking is a process of putting out an invisible handshake through the screen, and in movie after movie, the filmmaker and his writing partner have been attempting to move closer to their fans without comprising their artistic integrity. “I like to connect with people from different stratas, I like to meet them and be friends with them, but I don’t want to interfere in the process – I want to observe but not in a dry way,” he said.

Kulkarni and Kulkarni met in Pune at the theatre group Ranga Manchiya. Umesh was in his mid-teens, while Girish was already entrenched in the company, writing plays and acting in some of them. “One thing we decided in the group was that we would only perform plays that we had written, and we would not perform adaptations,” Umesh said. One of the plays that Girish wrote some years ago has been loosely adapted by him for his upcoming directorial debut, titled Jaao Dya Na Balasaheb.

Another of Umesh Kulkarni’s enduring friendship from the Pune days is with writer and filmmaker Sachin Kundalkar. The school friends enrolled together for the FTII on a lark, but while Kundalkar quit after a year, Kulkarni stayed on, emerging as one of his batch’s most well-regarded alumni.

Kundalkar has charted a different journey over the years, rolling out plays, novels (including the beautiful Cobalt Blue) and quirk-laden comedic dramas. Kulkarni has forged steadily ahead on his chosen middle cinema path, making films that impress cineastes as well as the paying public. The balance has been achieved after much deliberation – the duo take their times with their movies¸ rather than churning them out – and has much to do with Umesh Kulkarni’s positioning of his art and craft.