Contribute Now
Ad
Seven people were killed as the army was summoned to help restore order in Gujarat on Wednesday morning as the state locked down for a state-wide bandh called by the Patidar Anamat (Reservation) Andolan Samiti to demand reservations in educational institutions and government jobs for the prosperous Patel community.

Curfew was imposed on parts of Ahmedabad, Surat, Rajkot, Mehasana, Patan, Palanpur, Unjha, Visnagar and Jamnagar towns. Five companies of the army were called out in Ahmedabad, while soldiers were also seen on the streets of Surat and Mehasana

The Centre also dispatched 5,000 paramilitary troops to the state after violence erupted on Tuesday evening in response to the brief detention of 22-year-old Hardik Patel, who is leading the Patel movement. The police fired tear-gas and lathi-charged his supporters as they protested his detention.

On Wednesday, as clashes were reported across the state of which he had served as chief minister, Prime Minister Narendra Modi issued an appeal for calm.

Once again, I appeal to the people of Gujarat to maintain peace. Violence will never achieve anything: PM @narendramodi

Here are some scenes from Ahmedabad on Wednesday morning. 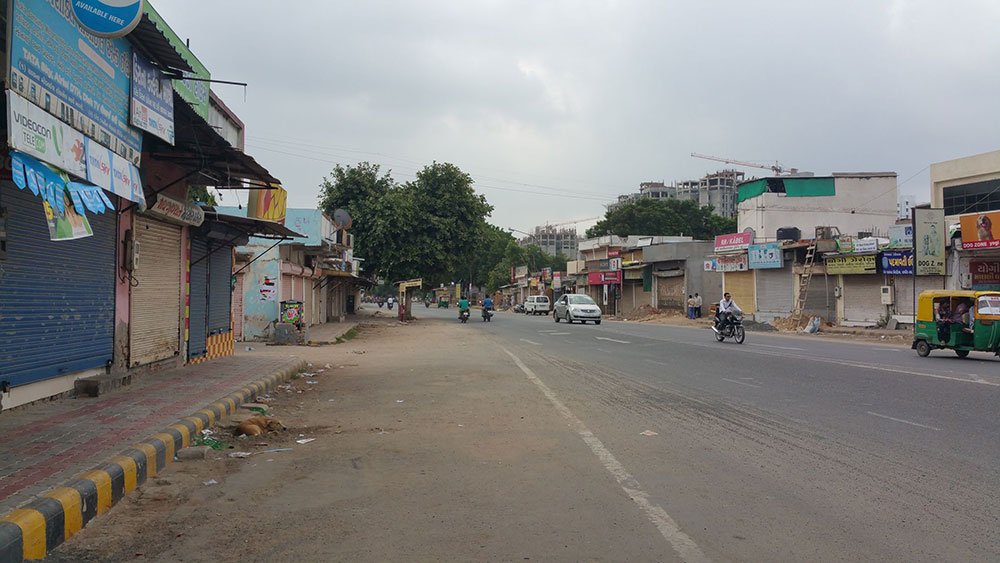 KK Nagar, which is home to a large number of Patels, was completely shut down. 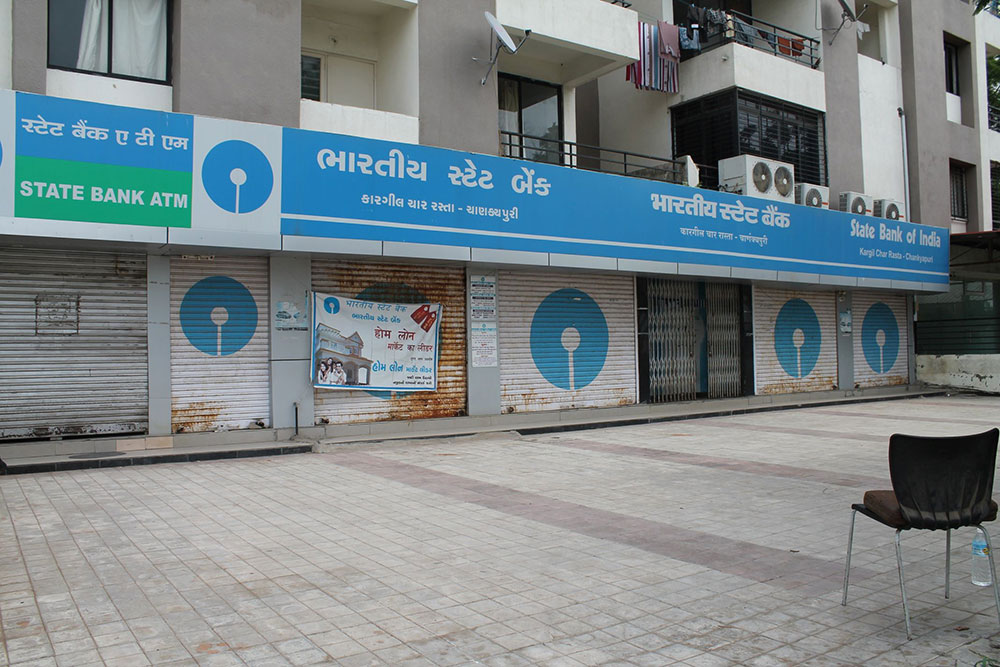 Banks and petrol pumps on Sola Road were closed. On Tuesday, crowds had targetted ATMs in the area. 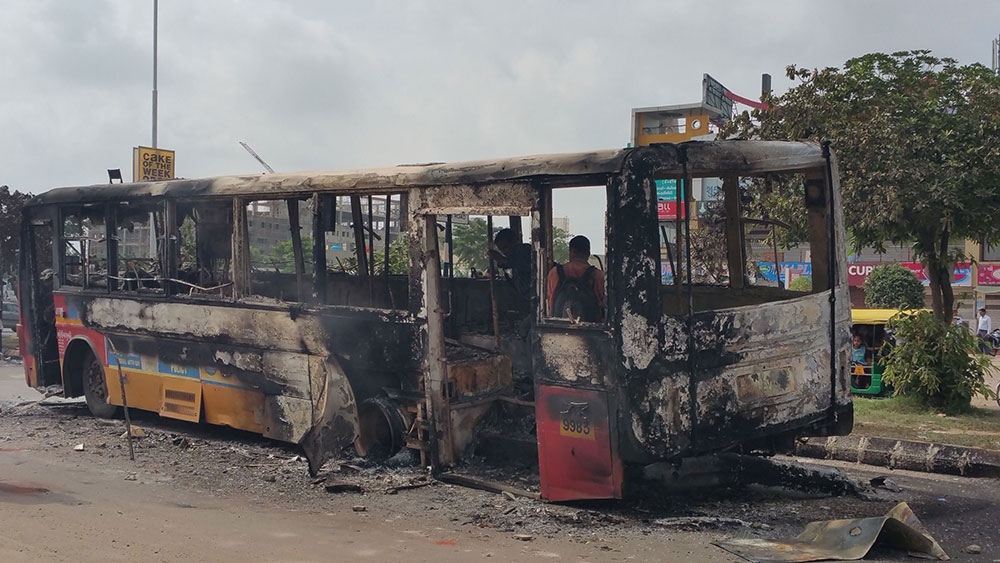 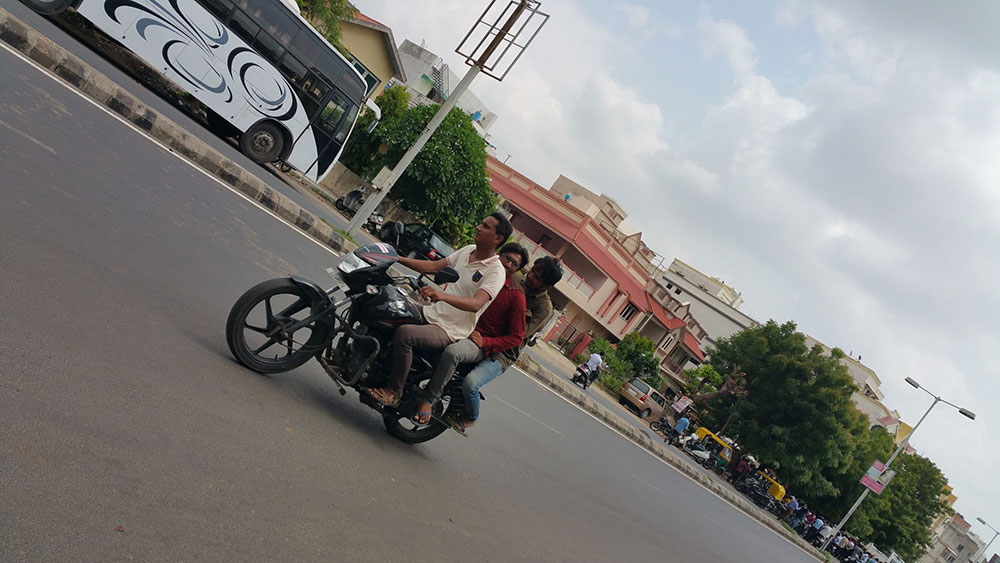 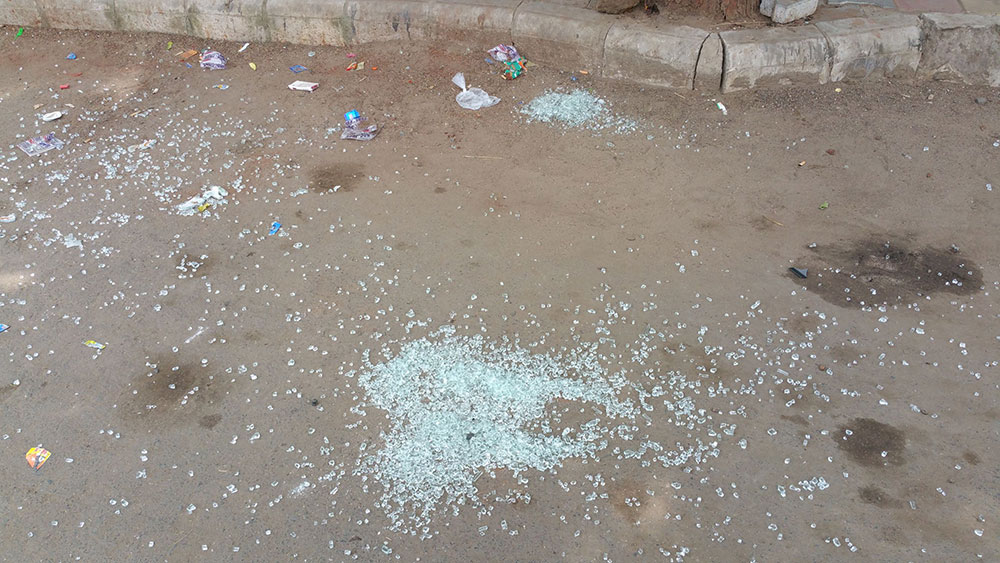 Rioters smashed windows and glass panes in some parts. 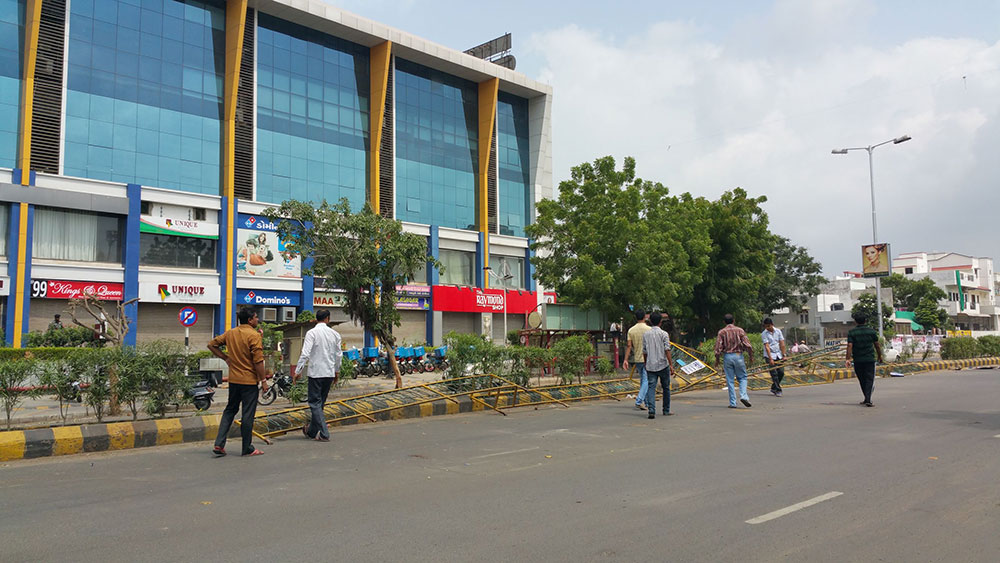 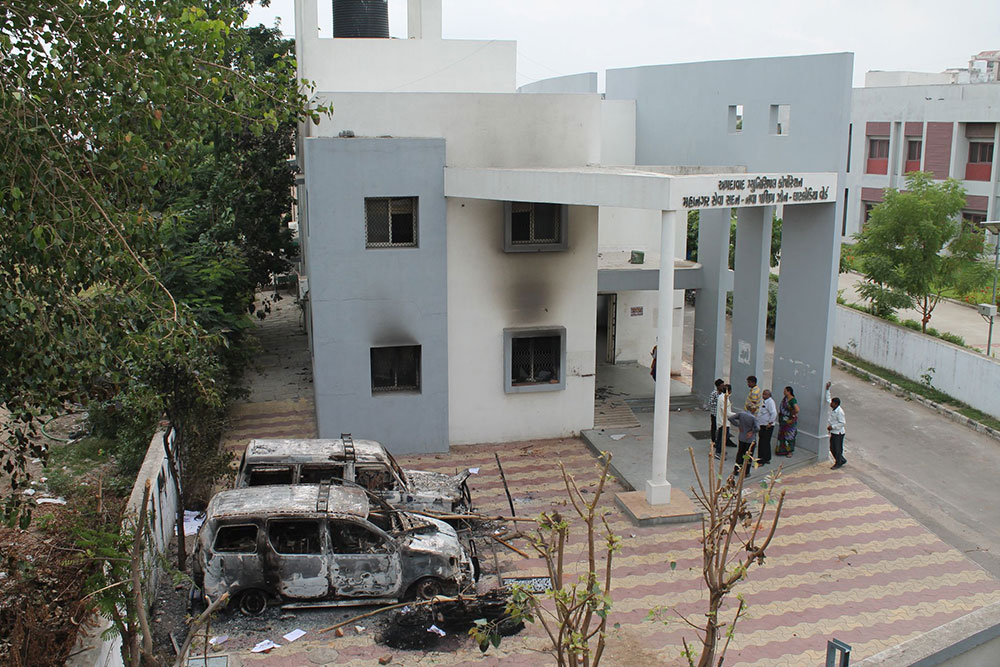 All images by Aishwarya Iyer.