Contribute Now
Ad
Once every 12 winters, as the waters at the confluence of the Ganga and Yamuna retreat, the Allahabad district authorities take over the river banks and set about marking large grids in the sand. In a span of just three months, government and municipal officials build an entire city on the 24-sq km expanse, complete with various styles of tent housing, 150 kms of roads, toilets and drainage systems, electricity grids, bridges across the rivers, new bus and train stations and even hospitals.

From January to March, this “pop-up megacity” of the Kumbh Mela is inhabited by a floating population of more than 35 million people, and then quickly dismantled. By the time the next monsoon arrives, all traces of the massive city disappear and the river banks are once more submerged.

The Maha Kumbh Mela of Allahabad, held every 12 years, is a site of faith for Hindu pilgrims and a source of wonder for anyone keen to see one of the biggest festive gatherings of people in the world. During the 2013 Kumbh, however, a team of 50 researchers from Harvard University decided to go beyond the wonder and study the fair as a remarkable achievement of temporary urban planning. 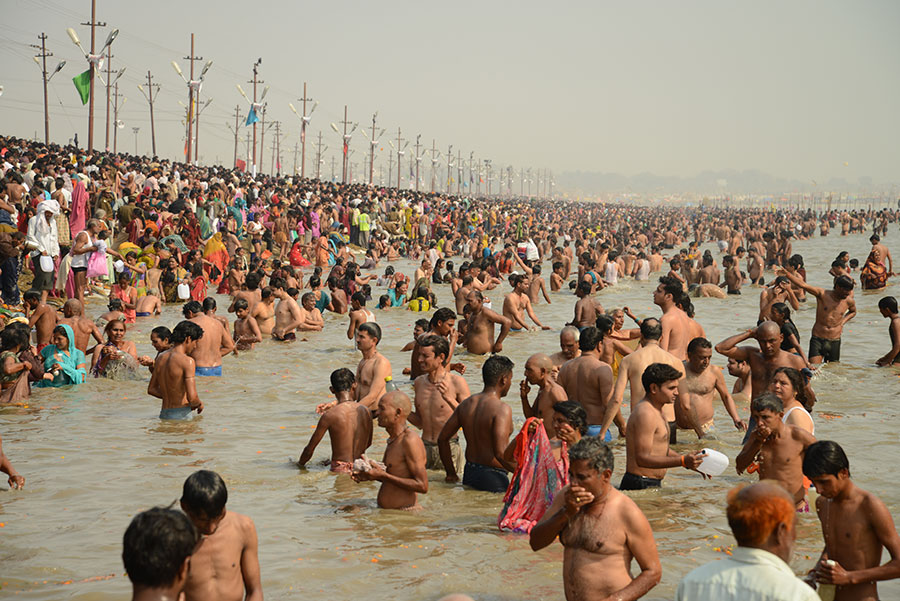 Pilgrims bathing in the Ganga at the Kumbh Mela. Photo: Dhruv Kazi

The result of the multi-disciplinary study is a new book, Kumbh Mela: Mapping the Ephemeral Megacity, published and launched by Harvard University’s South Asia Institute last month. The book brings together in-depth research by the faculty and students from various Harvard schools, including urban planning, public health, business and religious studies.

For architect Rahul Mehrotra, the chair of Harvard’s urban planning and design department and co-editor of the book, the Kumbh study raises one important question: If a temporary city can be successfully erected and governed for millions of people every 12 years, why can’t we apply the same kind of planning and efficiency to other urban contexts?

Mehrotra, who divides his time between Harvard and his architecture practice in India, was drawn towards the Kumbh because of his interest in what he calls “extreme urbanism”.

“The Kumbh is an extreme form of temporary urbanism, and I believe looking at extremes is productive,” said Mehrotra, speaking to Scroll.in at his Mumbai office. 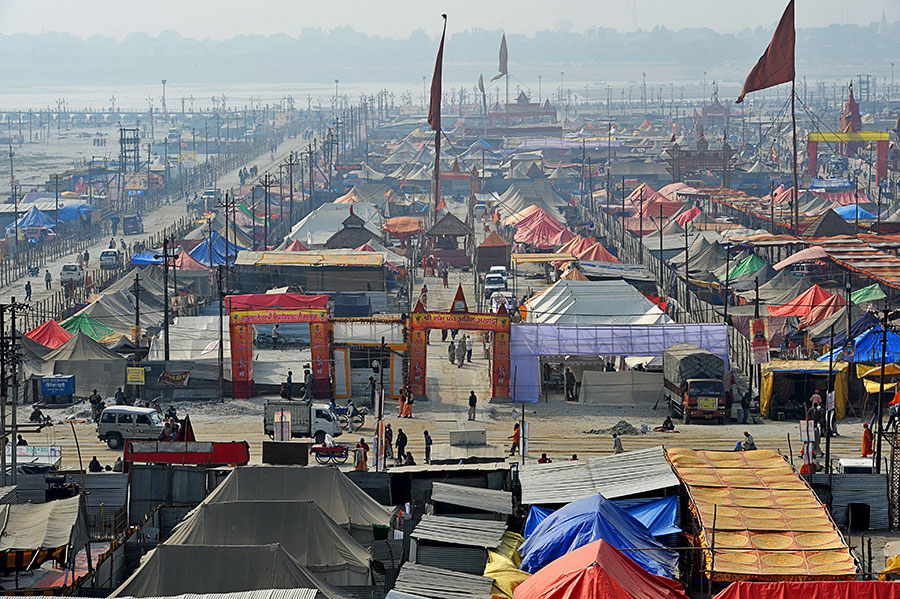 Tents sprawled out in organised grids at the Kumbh Mela. Photo: Dinesh Mehta

At the Kumbh city, a range of government departments work in unison to ensure that there are no stampedes, accidents, epidemics or other public health disasters as millions of pilgrims pass through. And yet, the Mela is just a temporary space that must eventually be dismantled; most of the city is built out of makeshift, disposable or reusable materials that are often stored for future use.

But the Kumbh is also space where formalities and informalities co-exist, something that Mehrotra believes is characteristic of all Indian cities. “The ephemeral landscape of the Kumbh is interesting because of the wonderful mapping of the formal over the informal,” he said. “For instance, the grids within the fair are organised formally by the state, but the akharas (Hindu religious denominations) within the grids are organised informally.”

The transitory nature of the Kumbh Mela makes it easier for the formal and informal to work simultaneously, but smoothly. And when they work together, says Mehrotra, it in-turn challenges notions of permanence at a more universal level.

“Every city has permanent and impermanent components that co-exist,” said Mehrotra, who had also explored these ideas in his 2008 essay Negotiating Static and Kinetic Cities. He describes the “static city” as one comprising the permanent elements it is built on – the concrete, steel and wood, for instance. The “kinetic city” is more three-dimensional and temporary, one that constantly modifies and reinvents itself. “The processions, weddings, festivals, hawkers, street vendors and slum dwellers all create an ever-transforming streetscape,” the essay says.

“But when we design cities, we do it mainly for permanence,” said Mehrotra. “My question is, can one make the temporary more deliberate? Can we build cities where temporary elements are given as much importance as the permanent ones? We need to think of reversibility more strategically when designing our cities for the future.”

Deploying cities that privilege the temporary could be extremely useful in the context of refugee camps or housing for urban migrant populations. While the Kumbh system may not be completely flawless, Mehrotra believes its model of governance definitely has helpful lessons.

The Kumbh is organised with the co-ordinated efforts of the central government, the state government and the municipal authorities, and there is a hierarchy of governance to be followed on paper. “But these hierarchies flip during the actual implementation, when the person on the ground is given a lot more authority along with accountability,” said Mehrotra.

The Kumbh has survived as a successful institution and urban system primarily because it has a single purpose and is bound by the faith of millions of Hindu pilgrims. But flexible-yet-accountable governance is also a major factor, says Mehrotra. “In big cities like Mumbai, where there are so many elements of temporary urbanism, this lesson of governance is important.” 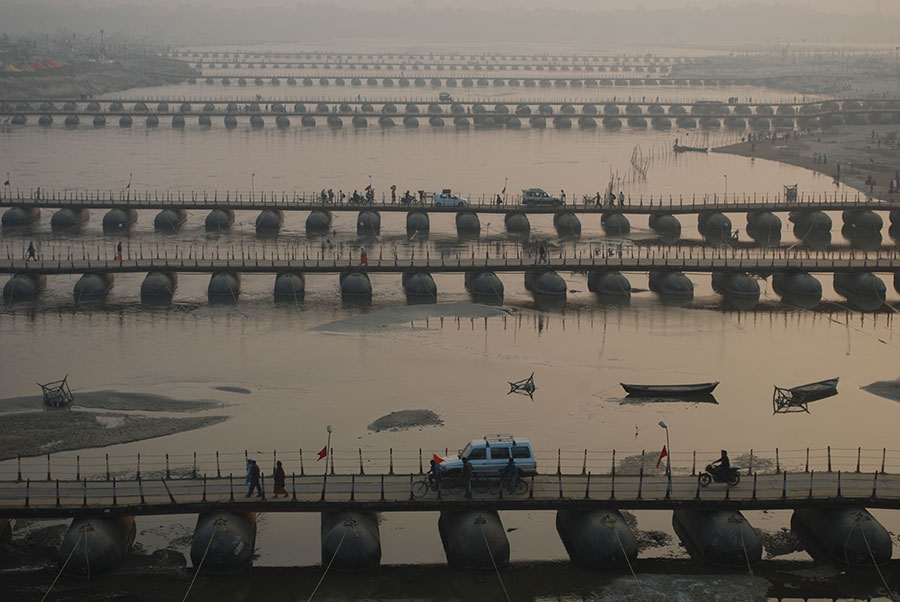 Makeshift pontoon bridges built across the Ganga at the Kumbh. Photo: Vineet Diwadkar