Contribute Now
Ad
Living close to the Mandovi River in Goa has its advantages. You see the fishing boats, the cruises, and the curtain of rain sweeping in from the sea. You also, however, end up seeing, or hearing of, human bodies washed up on the edges, the presence of police and a 108 ambulance the only sign that another life has been lost.

As a former volunteer at the Samaritans Helpline in Mumbai, I have some experience in talking to the suicidal. Samaritans Mumbai  is one of many suicide-prevention helplines in the country, providing emotional support to people in despair or distress. Potential volunteers undergo a rigorous training programme that teaches them how to listen without judgement, and with empathy.

As a volunteer, I took calls from all sorts of people, not just the suicidal.  Many callers to helplines are men desperate to have some contact or conversation with a woman. Some calls have sexual overtones but volunteers are trained to handle these by keeping the focus on the caller’s feelings and not the content. The number of calls from students and parents escalates at exam and result time, indicating a lack of support services (and the pressure) of academia. Many other callers, men and women, are just lonely and want a friendly voice to chat with.

Then there are the calls from the suicidal and all you can do is stay on the line and talk to them. Several countries, including the United States of America, have an "active rescue" policy where helpline staff can take “all action necessary to secure the safety of a caller and initiate emergency response with or without the caller’s consent”.

This is not the case in India, though, where volunteers at helplines don’t report cases of threatened suicide to the police. Despite recent attempts to decriminalise suicide in India, attempted suicide is still a crime and helplines have to tread that fine line between helping a caller with his emotions and a potential police case. 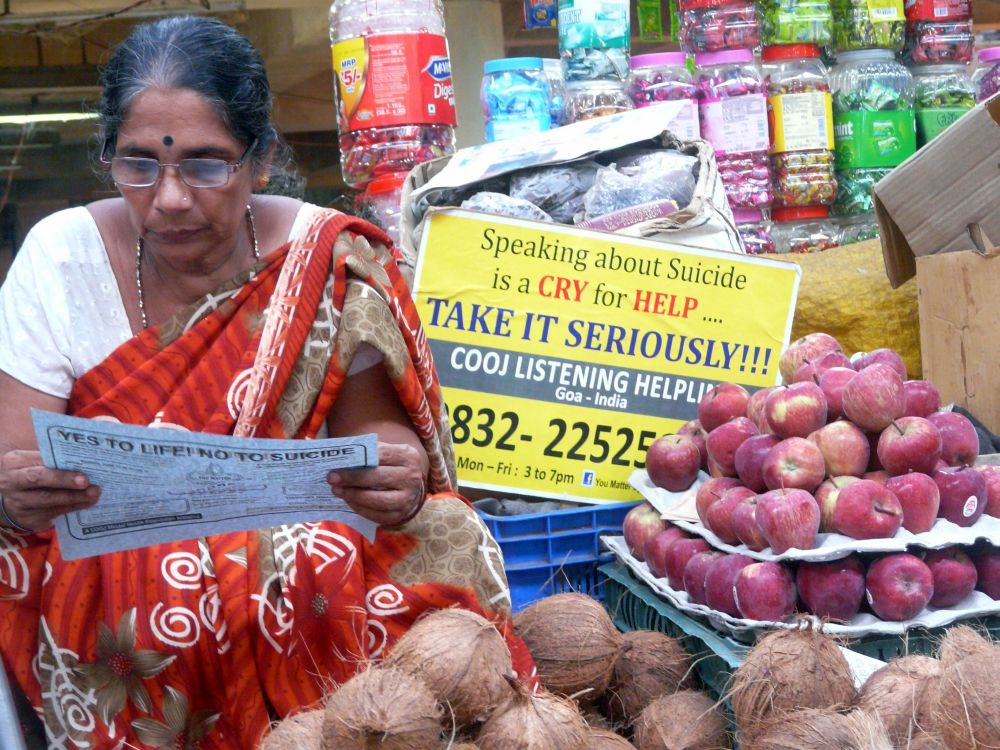 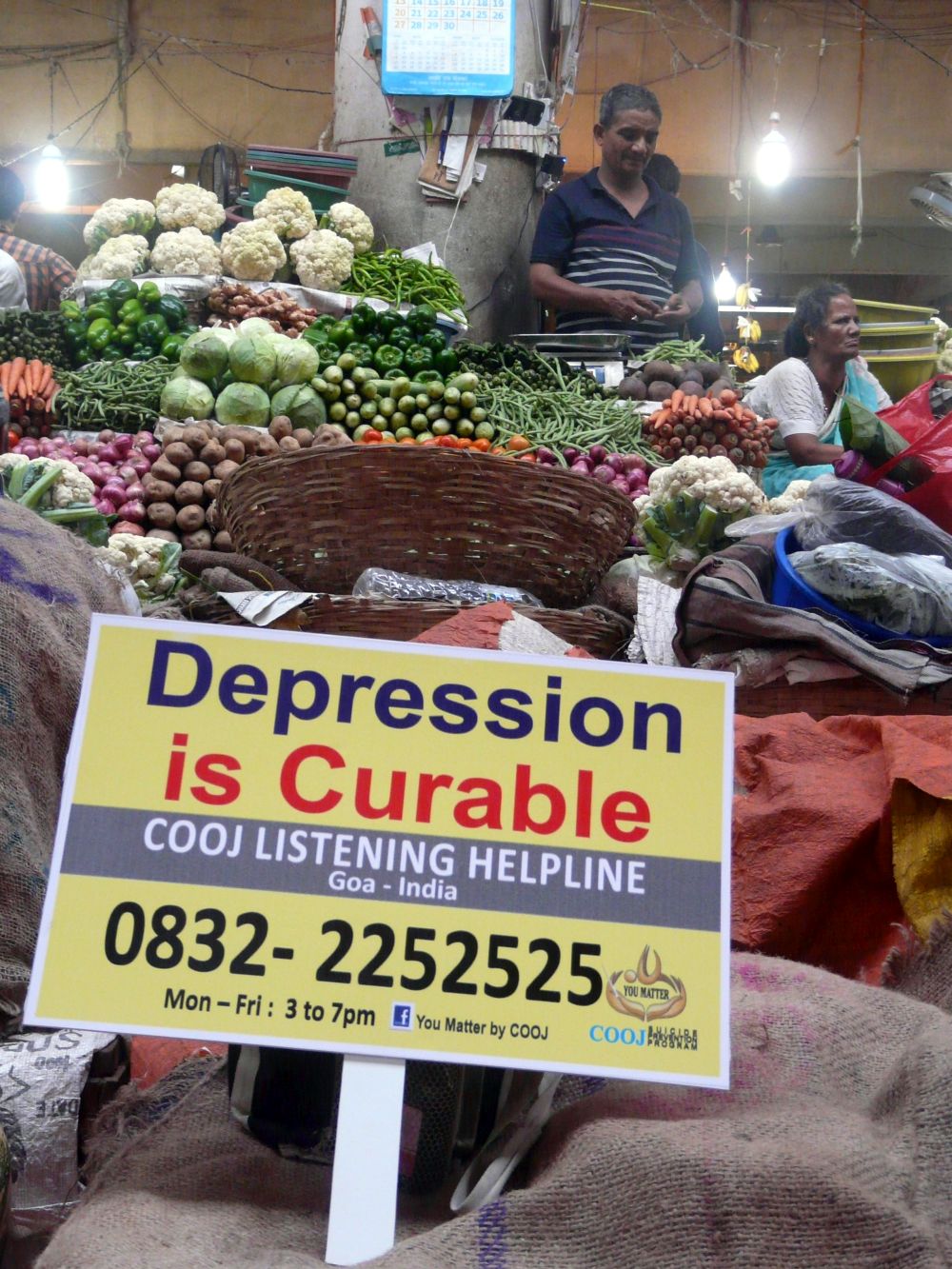 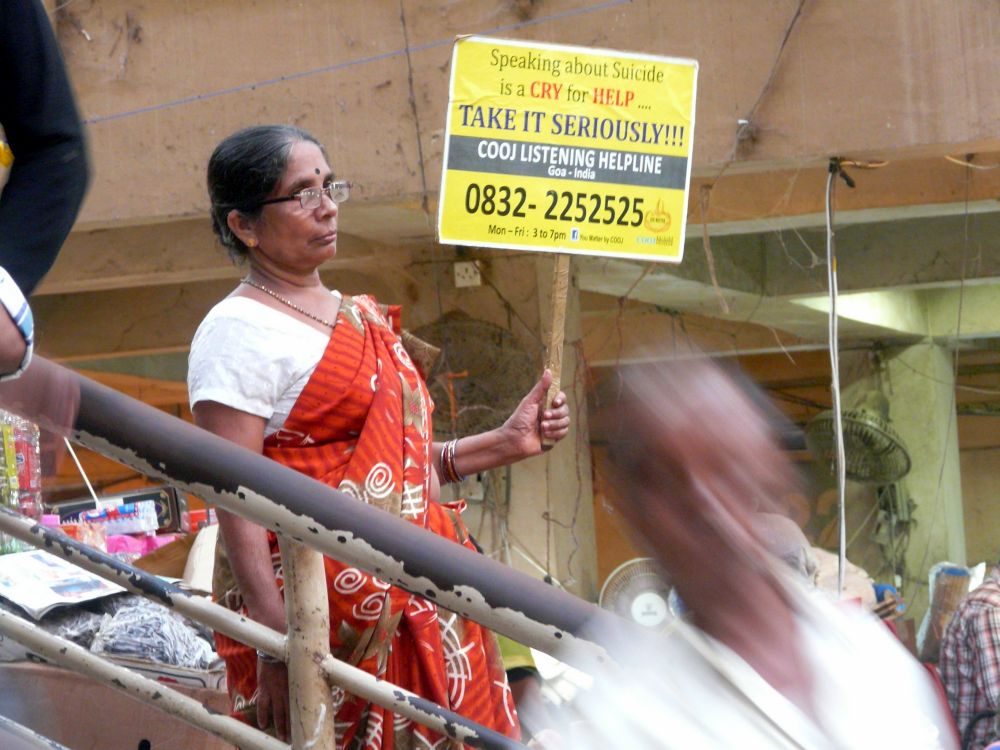 Illness accounted for 20% of suicides in Goa and family problems for 17%. As many as 69% of the deceased chose to hang themselves, making it the most common method of suicide in the state. The majority of the deaths, 128 out of 328, were for the age group 15-29 years.

“The idea for Goa’s first suicide prevention helpline came about in 2012,” said Dr Peter Castelino, Director of non-governmental organisation Cause of our Joy and President of Goa Psychiatric Society. “We realised that the number of suicides in Goa was quite high and we wanted to address this. We celebrated World Suicide Prevention Day in September 2012 and during this week-long campaign, it was evident that people in the state needed a helpline, a safe place to talk. We then contacted Connecting India NGO in Pune, and they helped us set up our helpline.”

The response to the helpline though, has not been as expected. “We get an average of 10-15 calls a month,” said Dr Castelino. “This could be because our timings are limited to 3pm-7pm on weekdays. We are looking at increasing our hours. We also need to increase our publicity to a wider audience.”

The helpline (0832-2252525) has 13 volunteers over five days a week. “Getting volunteers is a difficult task. The distances and lack of good transport adds to lack of mobility for many people,” Dr Castelino said.

The helpline is planning to expand its services with increased hours, more volunteers and additional support services for bereaved families and for people who have attempted suicide. For Goa’s people, this can only be good news.