Contribute Now
Ad
A month ago, when the Supreme Court declined to shed clarity on the legality of rummy for stakes, it didn’t just give a boost to rummy. Other skill-based card games benefited too. Ever since the court decision, there has been a sudden proliferation of Indian poker websites.

In major metros like Delhi and Mumbai, Adda52.com, which describes itself as India’s biggest online poker website and claims to have over 6 lakh registered users, has begun an advertising campaign on taxis. This is the first sign of an aggressive marketing campaign by Indian poker websites, which have been offering real-money poker since 2011.

“We have marketed our product online but have also done some campaigns on television and radio,” said Adda52 founder Anuj Gupta. “Since the industry is in a nascent stage, we are focusing on online marketing, but may decide to advertise in print and electronic media soon.” 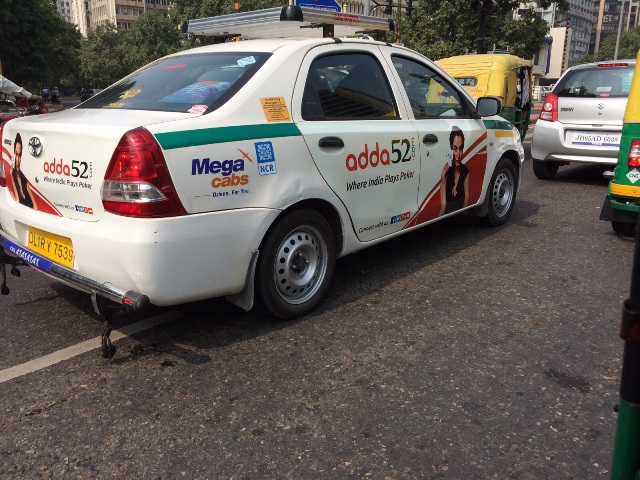 The modern version of poker is said to have been created in the US sometime in the 19th century. It, however, became popular only after 1970, when a Las Vegas casino owner and poker player, Benny Binion, launched the World Series of Poker. Since then the event has been hosted every year in a glitzy Las Vegas casino, with thousands of players competing in multiple categories. (The total prize pool for the 2015 main event, with a buy-in of $10,000, is in excess of $20 million.)

The game’s most popular version, Texas hold ’em, gained more followers in the US after 2003 when live television telecasts of events first began. The craze caught up in India a few years later, as non-resident Indians and students returning from America started hosting poker games at homes. Bit by bit, as the word spread, casinos in Goa began hosting poker events in 2008.

Young professionals are said to be enthralled by the game since it offers the excitement of earning real money but also requires the use of intellect. Rajat Agarwal, founder of Pokerguru.in, an online poker news portal, estimates that around 2 lakh to 5 lakh Indians currently play real-money poker.

Cashing in on the game’s popularity, Gaussian Networks Private Limited, a Kolkata-based company founded by IIT-ian Anuj Gupta, decided to launch Adda52.com, a real-money poker site, in 2011. Since then, over two dozen poker websites have come up.

“The current potential revenue of Indian online poker websites is around Rs 100 crore per year and this is expected to double or treble in the next couple of years,” Gupta said. He notes that Adda52.com, through its marketing, has mainly tried to focus changing the perception about poker and creating awareness about the high degree of skill it involves.

While games involving “skill and intellect” are excluded from the ambit of gambling in most states (except Assam and Odisha), there is no clarity on which games fall in this category in all states barring West Bengal (the gaming statute in Bengal exempts poker, rummy, bridge and nap). The only test laid down by the Indian judiciary is that skill should dominate chance for a game to be described as involving skill. Judicial precedents have spelt out that rummy and betting on horse races involve a substantial degree of skill and therefore do not constitute gambling.

Globally, economists, statisticians and chess grandmasters, including Garry Kasparov and Steven Levitt, swear by the fact that poker involves great skill and is perhaps even more challenging than chess. Studies by economists and statisticians indicate that playing poker skilfully requires diverse knowledge like game theory, probability, statistics and risk management.

Courts in India have not yet got an opportunity to test these arguments, though two terse High Court orders have indicated that the outcome of poker-related litigation may be positive. The Karnataka High Court in 2013 directed the police not to interfere in clubs offering poker in Bengaluru. Two years later, the Calcutta High Court asked the police to refrain from harassing clubs offering poker to its patrons because poker is not classified as gambling in the state.

These orders were not in sync with a non-binding opinion of a Delhi District Court in 2012. While hearing an application by Adda52.com and its investors, the court noted that online poker played for real-money should be classed as gambling. The website has since moved the Delhi High Court (the National Capital Territory of Delhi also impleaded as a party), with the matter now listed for hearing in January 2016.

The Delhi High Court’s verdict, which will be binding and have precedential value, is likely to give some conclusive clarity on the legality of online poker. However, until a court or government steps in to prohibit or regulate online games of skill, poker websites will continue to offer real-money games to Indians and market their products, both online and offline.