Contribute Now
Ad
In Chapla Naik, a small village in Karnataka’s Kalaburgi district close to the state border with Telangana, two women died this year. Arati (name changed) died of pancreatic cancer and Sumana bai (name changed) of sepsis in her abdomen. What they had in common with each other and with many other women in the village is that they were less than 30 years old and had recently undergone hysterectomies.

Sumana bai’s husband said she started complaining of pain in her abdomen about a year ago and so they went to a private hospital in Tandur, a town just 45 minutes away by road but across the border in Telangana. The doctors at the hospital said there was a problem with his wife’s uterus and that it would have to be removed immediately. He asked for time to raise money for the surgery.

Like Sumana, Arati had been complaining of pain in her abdomen. She went to a hospital in Zaheerabad in Telangana, was told that she needed a hysterectomy and got the surgery done for Rs 25,000. “Even then she was very sick and we went to Osmania hospital in Hyderabad,” said her husband. “There they said that there was no problem with the uterus but that it was cancer.” Arati died of pancreatic cancer two months after her hysterectomy.

The residents of Chapla Naik say that at least 50 women out of the 450 living there have had hysterectomies. Many only now suspect that the procedure might have been unnecessary. 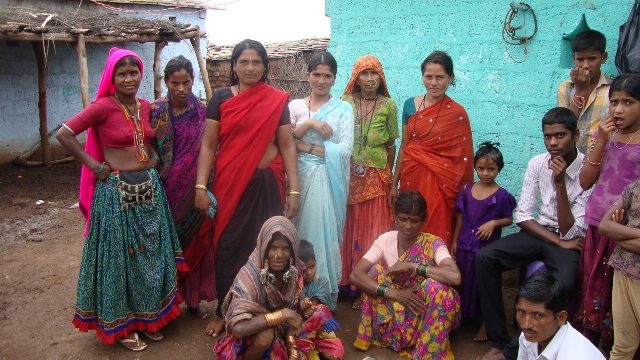 A group of activists with the health movement Karnataka Janaarogya Chaaluvali recently conducted a fact-finding exercise in 38 villages in Kalaburgi district. They found that 707 women had had hysterectomies and out of them more than half were younger than 35 years of age and more than 20% younger than 30.

Hysterectomies are elective surgeries that are sometimes recommended for women 35 years and older to treat symptoms like uterine fibroids and post-menopausal bleeding. But around this region of Karnataka, and in many other parts of India, they are frequently performed needlessly to economically exploit poor women or government-run insurance schemes.

A gynaecologist at a government hospital in Kalaburgi city said that unless there was an emergency like a uterus rupture during childbirth, she never performs hysterectomies on young women. “For just abdominal pain nobody will do a hysterectomy,” said the doctor who did not want to be named. “It is an elective surgery and we have to prepare the patient for surgery.”

In most cases in the Karnataka Janaarogya Chaaluvali’s survey, women reported going to private hospitals in Gulbarga or cities close to the border in Maharashtra and Telangana complaining of lower abdomen pain or menstrual irregularities. The doctors would tell a women that their uteruses were damaged, swollen, had worms, were stained, or had turned green or black. The women in Chapla Naik say that doctors had told them that the uterus “kharab hua” – and had to be removed.

“My sister-in-law went to the doctor because she had a burning sensation while urinating,” said Vali bai. “The doctor told her to get a hysterectomy done and she did the operation. She has been fine after that.”

When asked how she knew that the discomfort was a reason to remove the uterus Vali bai shot back, “Others who are educated can look at the report and say this operation has to be done for this kind of pain. What do we know? If someone tells us to get an operation done, we will get it done.”

The road to Chapla Naik ends there. A narrow cement concrete track winds up a small hill with 200 houses and doesn’t go any further. The residents are farmers, like others in the “dal bowl” district, who grow toor, moong, urad, til andjowar. Most men and women of working age have not had formal education. The children are the first generation to go to school. 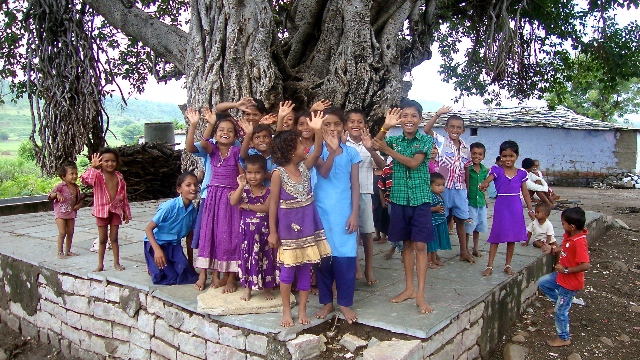 It’s a similar picture in neighbouring Kalbavi village where Sunitha (name changed) has been struggling ever since her surgery. She finds it difficult to do any work in the fields or at home with a constant numbness in her arms and legs. Some months ago, Sunitha started developing pains in her abdomen. She knew that some women in the village had gone with similar complaints to a hospital in Tandur and followed suit.

The couple went in panic to hospitals in Gulbarga and Hyderabad and found out that a blood vessel had been nicked during the hysterectomy, a surgery that was unwarranted in the first place. Sunitha insists that her pains before the surgery were nothing compared to what she now suffers.

The problem across India

The spate of hysterectomies in Kalaburgi mirrors similar malpractice found by the Karnataka Janaarogya Chaaluvali in 2013 in the south Karnataka district Chikkamagalur where women were encouraged to undergo hysterectomies to avoid cancer as well as do away with the inconvenience of menstruation.

In Kalaburgi, however, the money for the surgeries seems to be going only out of the hands of the uneducated patient and into private hospitals’ coffers. Mohammed Zahir Ansari, the district health officer in Gulbarga, has instituted an inquiry based on the Karnataka Janaarogya Chaaluvali’s fact-finding report and some private hospitals under investigation have been ordered not to perform hysterectomies until further notice.

No faith in public health system

The people of Chapla Naik and Kalbavi have been spending thousands of rupees on hysterectomies at private hospitals because they have little faith in the public health system – government hospitals, primary health centres or accredited social health activists called ASHAs.

“The ASHA workers come but they don’t say anything about big illnesses,” said Sumana bai’s husband in Chapla Naik. “They only come and talk to us about delivering children, small things like fever or treatment for children’s diseases.”

Vali bai, complaining of rude treatment, added: “No one listens to us in the government hospitals. I went with some pain in my abdomen and they just say ‘nothing is wrong with you’. I said it is hurting a lot so take an x-ray and look. They still said nothing is wrong and then ‘niklo udhar’.”

“We lack specialists, that is a known fact,” said Ansari, the district health officer. “The sort of technical speciality for gynaecology we don’t have in PHCs yet.”

Akhila Vasan, an activist with the Karnataka Janaarogya Chaaluvali, explained, “All the system that the women complain about – lower abdomen pain, menstrual irregularity, white discharge – could be symptoms of reproductive tract ailments or sexually transmitted infections for which there are supposed to be medicines and care under the national health programme. So what is happening to all those medicines because nothing is available at the PHC level?”

Back in Chapla Naik, there have been arguments about what has happened. Said resident Om Singh whose wife and sisters have had the surgery, “When ladies have even little pain, they are not able to bear it and immediately go for some operation for relief. It is not the doctors’ fault, it is these women’s fault only.”

“How is it not the doctors’ fault? If I am sick he should tell me, if I am not he should say that I am not,” his neighbour retorted. “If a lady goes to the hospital with some pain, the doctors give tablets that increase the pain. They keep taking those tablets and the pain increases and finally when they say do the operation, we do it.

Among the many rumours and theories, Vali bai said she was now too scared to go to a hospital.