Become a Member
Ad
In Lahore, a tall neem tree with lush green leaves and a thin branch faces the office of the superintendent of police, a heavily fortified building. Behind the tree is the Government Islamia College, its architecture notable for its Hindu influence. This was the Sanatan Dharam College in pre-Partition Lahore. It was renamed after Pakistan was born.

I stood behind the neem tree, its trunk barely able to cover my body. How did Bhagat Singh and his comrade Shivaram Rajguru manage to hide behind this tree all those years ago? They stood here waiting for then Superintendent of Police James A Scott, in their bid to avenge the death of Lala Lajpat Rai, who had succumbed to injuries sustained from a brutal lathi-charge by police, led by Scott. Instead, John Saunders, the assistant superintendent, exited the building. Mistaking him for Scott, Singh and Rajguru opened fire, killing Saunders instantly.

Followed by a police constable, the two assailants ran in the direction of the Government College nearby. They shot the constable and disappeared into the crowd.

In those days, the locality was the educational hub of colonial Lahore. It retains that status today. Next to the Government College is Punjab University, where the dreaded Jamiat reigns over the hostels and the campus. It is the student wing of the Islamic political organisation, Jamaat-e-Islami. The professors and the vice-chancellor, who have been attacked in the past, steer clear of this group.

The Jamiat sets up an independent stall during admissions. The group is heavily armed and believed to have links with militant organisations. Many have attributed the militarisation of campuses for the gradual deterioration in the quality of education at government colleges. 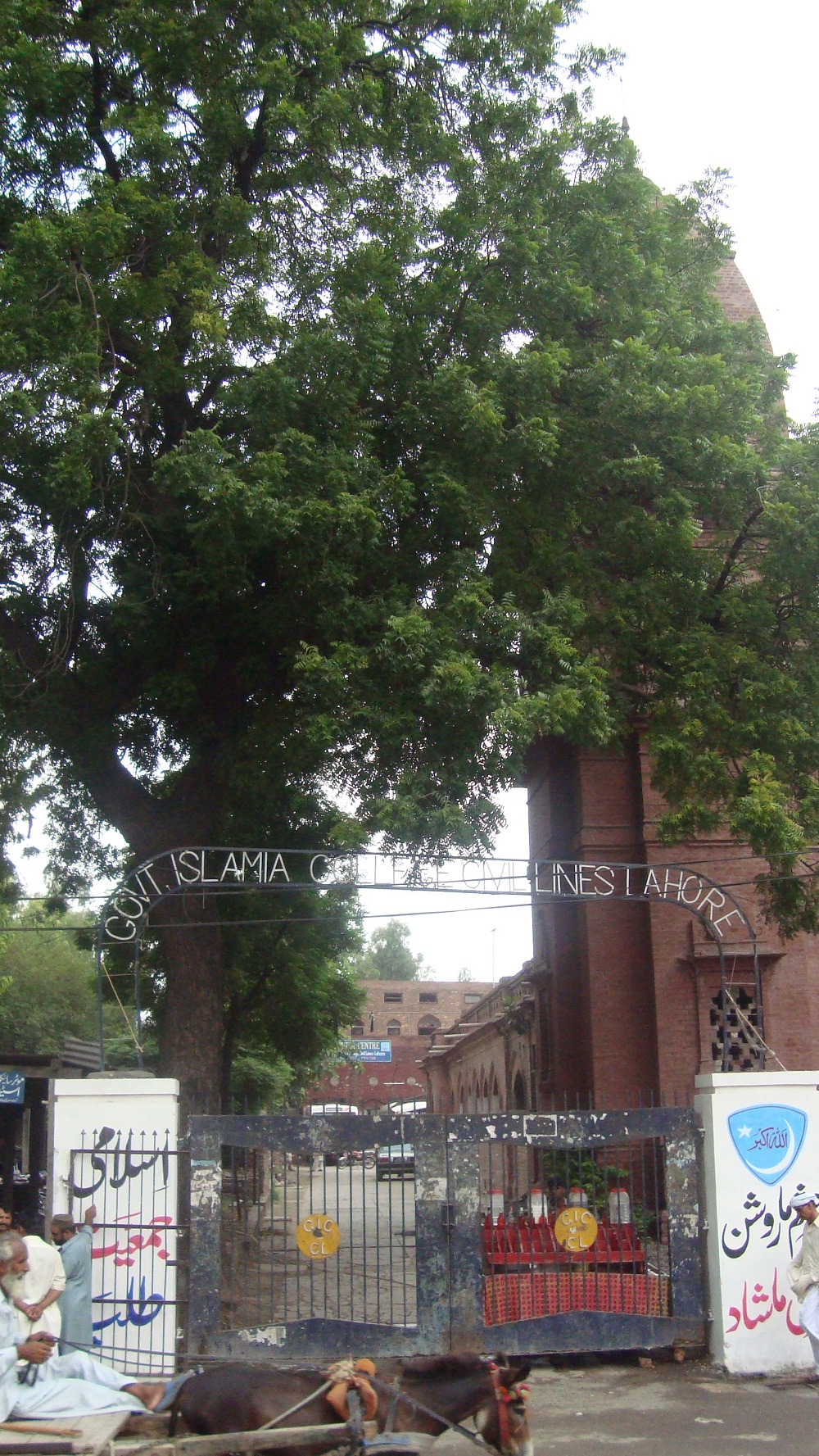 Government Islamia College and the Neem tree. Graffti of the Jamiat on the wall 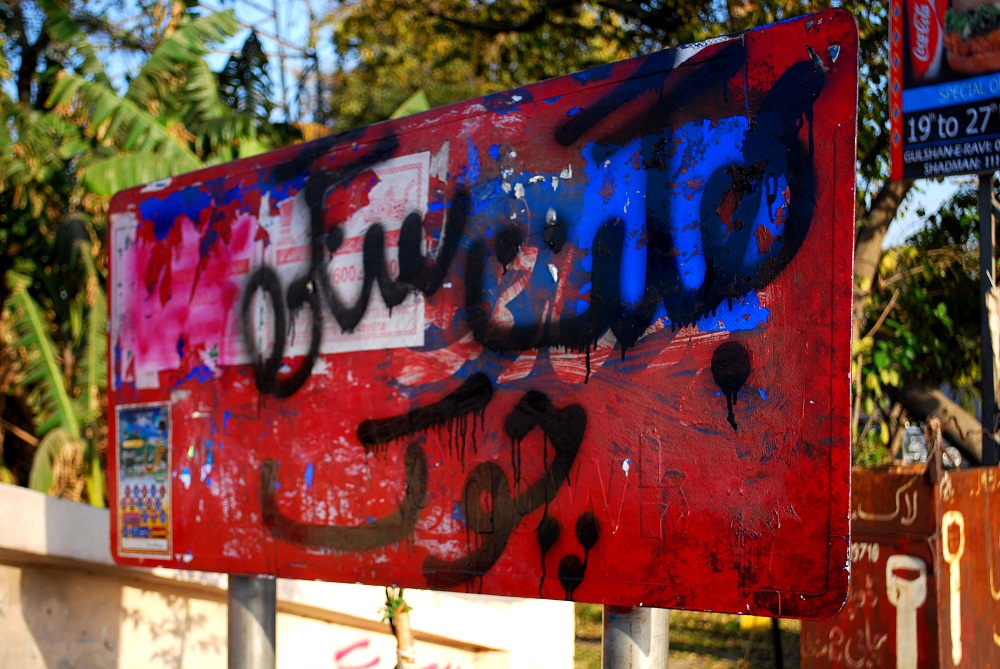 The concept of student politics came to India in the early 20th century, around the time Bhagat Singh was a college student. The Russian Revolution had captured the imagination of Indian youth, who played an important role in the independence movement. Bhagat Singh was a product of this phenomenon. His involvement in student politics catapulted him to the status of a national political figure.

After independence, left-leaning student bodies played a pivotal political role in India and Pakistan. They were at the forefront of the revolt against military ruler Ayub Khan. They also supported Zulfikar Ali Bhutto as he rose to power.

In the late 1970s, the situation at campuses began to change with Zia-ul-Haq, another dictator, in power and Islamisation in full swing. Jamaat-e-Islami was a powerful force. Slowly, the leftist support base collapsed and made way for rightwing student parties, who began to lord over Pakistani government colleges and universities.

Roots of a revolt

Not far from the police superintendent's office is Bradlaugh Hall. It was once National College. Bhagat Singh studied here and it was here that met his friends Sukhdev and Yashpal, with whom he founded the political party Naujawan Bharat Sabha. While at college, Singh had access to those at the forefront of the Indian freedom movement. The college was founded by Lala Lajpat Rai. Various political personalities were regularly invited to speak about British colonialism and freedom for India. 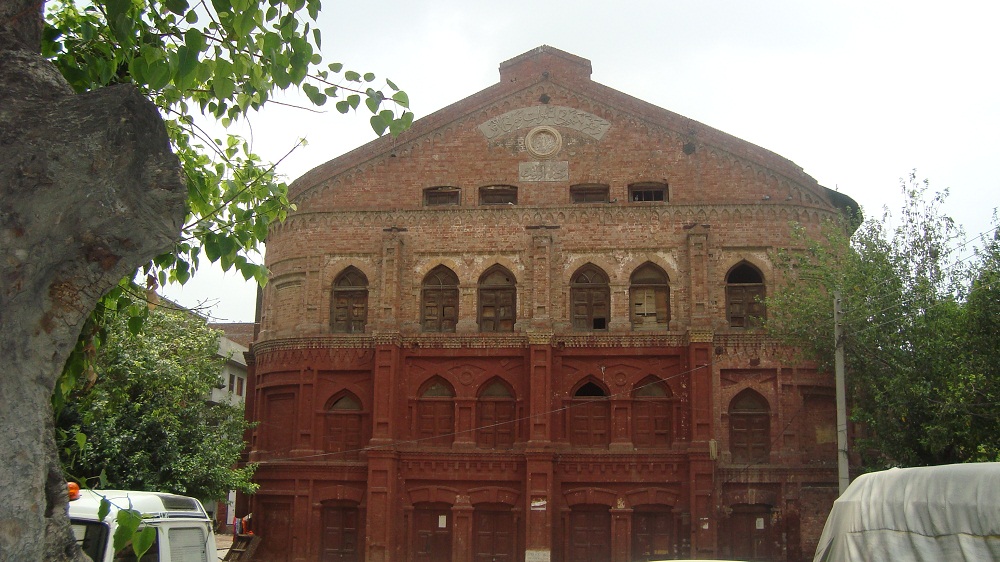 Today, the structure is a sad sight. The main door was locked. A side window was open but there was nothing to see inside. The stage on which Bhagat Singh sang and danced about freedom was long gone. The hall now belongs to the Evacuee Trust Property Board, a government organisation responsible for maintaining properties abandoned by non-Muslims during Partition. Before being taken over, it served as a storeroom, a steel mill and a technical education institute.

When Bhagat Singh was hanged in 1931 for killing Saunders, his parents moved to Lahore and lived near Bradlaugh Hall. Every morning, they would lay out a charpoy outside the hall and meet well-wishers. Bhagat Singh had become a legend.

Elsewhere in Lahore lies a roundabout that connects important roads from Shadman, Jail Road, Ferozepur Road and the canal. A colourful fountain lies in the middle of the roundabout. At the base of the roundabout, graffiti scrawled in red paint makes out the words “Bhagat Singh Chowk”, both in English and Urdu.

Adjacent to the roundabout is the boundary wall of the Lahore Jail, in which Bhagat Singh and his comrades were imprisoned and eventually hanged. Back then, the gallows were located at the spot which today houses the roundabout.

For years, the few remaining members of leftist organisations in the city have gathered to demand that the roundabout officially be renamed as Bhagat Singh Chowk.  This movement gained a lot of momentum in a short time. Every year, Indian activists gather here on Bhagat Singh’s death anniversary and the protest receives a fair bit of media coverage. 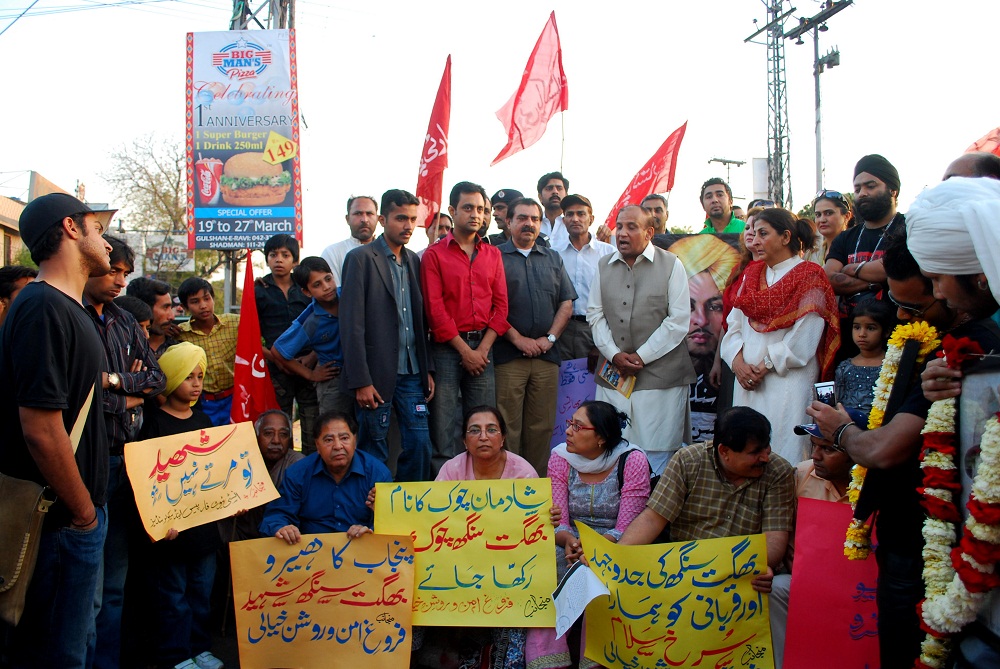 A couple of years ago, the government finally decided to rename the roundabout in honour of Bhagat Singh. The decision prompted protests by traders from the neighbouring market. The stir was spearheaded by the Jamaat-ud-Dawa, the charity wing of militant organisation Lashkar-e-Taiba. They contended that Bhagat Singh was a Sikh and that a landmark in Pakistan should not be named after a non-Muslim. The government gave into the protests and reversed its decision.

In this highly polarised region of South Asia, religious identity is the only identity. The fact that Bhagat Singh was an atheist was deemed irrelevant. Such was the impact of Partition on the psyche of the region. Ideologies and political parties were divided based on religion. Bhagat Singh’s ideology, struggle and sacrifice all came down to his identity a Sikh. 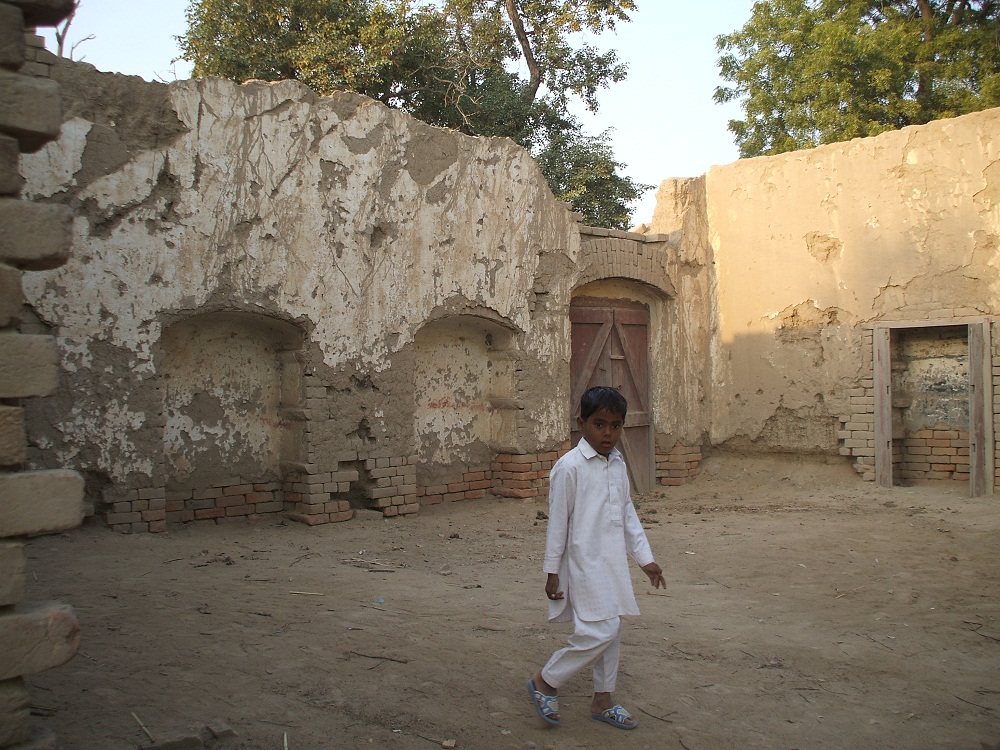 About 150 km from Lahore is Bhagat Singh’s ancestral village. His home is now occupied by a lawyer. In the courtyard lies a berry tree. Singh is said to have sown the seeds as a child. 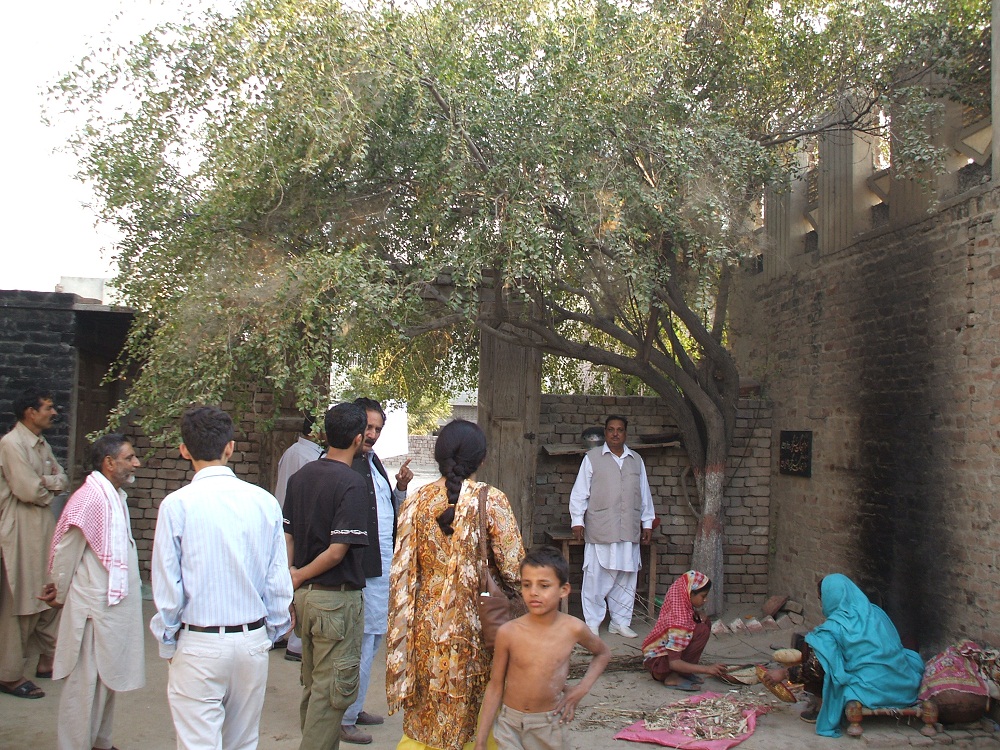 All photos courtesy the author.

On Vidyasagar’s 200th birth anniversary, a look at how he bypassed religion to forge social reform