Contribute Now
Ad
Uttar Pradesh has a sixth of India’s population but accounts for more than half of all cases registered under the Arms Act between 2010 and 2014, according to data released by National Crime Records Bureau.

Of nearly three lakh cases registered in the country for illegal possession of arms, UP accounted for 1.5 lakh, indicating a disproportionate availability of guns in India’s most populous state, home to about 20 crore people.

Madhya Pradesh (18%) and Rajasthan (8%) follow UP in violations under the Arms Act. UP also has the highest number of cases registered per 10 lakh people at 787, followed by Madhya Pradesh at 747.

The nationwide average of cases registered per 10 lakh of the population is 250. 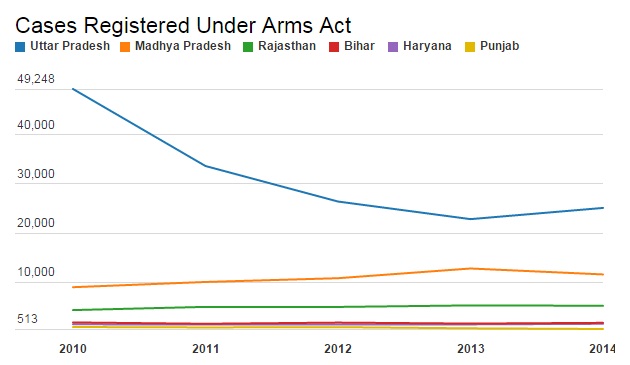 While the cases registered under the Arms Act in UP nearly halved between 2010 and 2014, the number of people murdered in gun violence in the state increased 40% during this period.

UP recorded the highest number of deaths per 10 lakh people by firearms at 34.7, marginally higher than second-placed Bihar at 34.4

A total of 17,490 murders were committed in India using guns during this period, 89% of which can be attributed to the use of unlicensed guns. 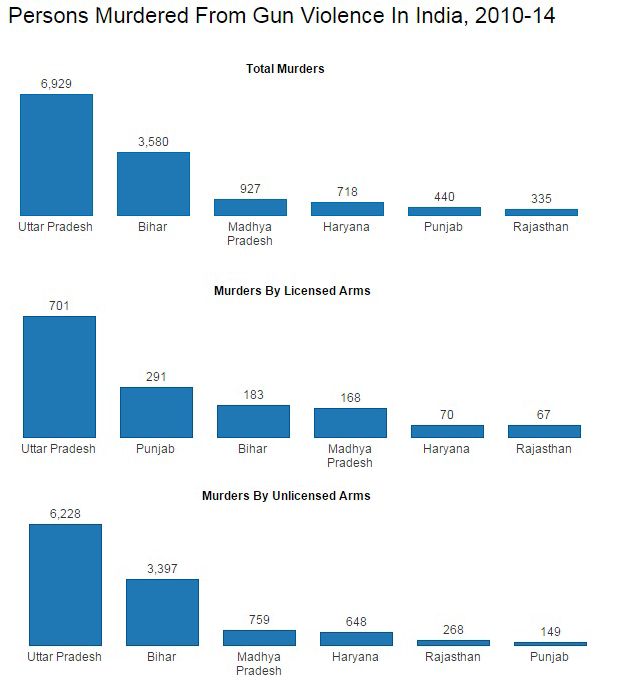 Bihar is ranked fourth on cases registered under the Arms Act between 2010 and 2014. Yet, one-fifth of all murders in the country by firearms occur in the state, the second highest in India.The number of murders committed using firearms increased 35% from 2010 to 2014.

As many as 24,583 firearms were seized in UP in 2014, accounting for 44% of all arms seizures in India – 62% of these were unlicensed, improvised and crude country-made fire arms.

Only 1.6% were licensed firearms, while 36% arms seizures were designated as “other types of arms”. As many as 31,554 pieces of ammunition were also seized in 2014. 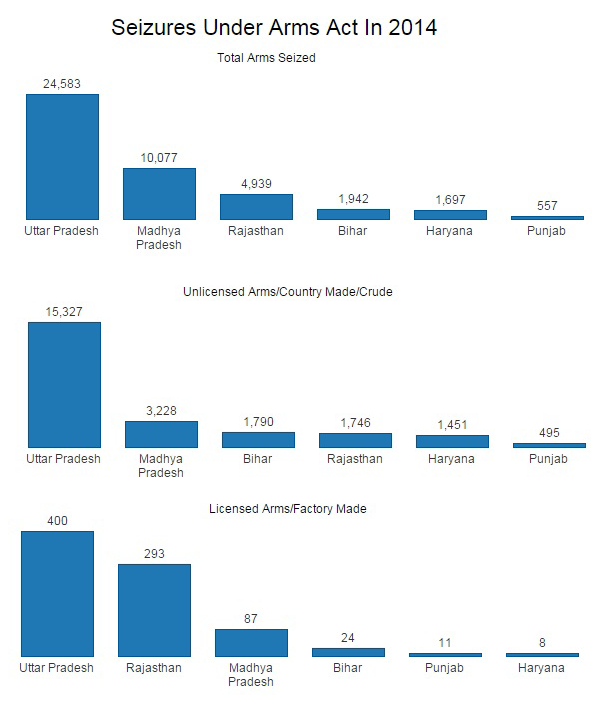