Contribute Now
Ad
Travel around the district of Keonjhar and you hear stories of the MLA who distributes money among his constituents every month. Elected as an independent candidate in 2014 from Champua constituency in the heart of Odisha’s richest iron ore-rich belt, Sanatan Mahakud distributes anywhere between Rs 1,000 to Rs 2,000 to more than half the families in his constituency.

Just as strikingly, Mahakud funded the election campaigns of a clutch of other independent MLAs contesting elsewhere in Keonjhar. According to press reports, these candidates – who spent a lot on their campaigns – were presenting themselves as Sanatan Mahakudna Samarthita Prarthi, or Sanatan Mahakud-backed candidates.

Mahakud can evidently afford the largesse. According to his election affidavits, his assets have grown from Rs 3 crore in 2009 to Rs 51 crore in 2014 – a growth of 1,700% in five years.

Today, Mahakud is the unquestioned king of Keonjhar. But it wasn’t always so.

The road to the top

In the year 2000, when B Prabhakaran, a contractor from Tamil Nadu, arrived in Keonjhar, it was an amalgam of fiefdoms, with four satraps holding sway over the mineral rich areas.

Kusha Apat, a local leader who started out as a truck driver, controlled the villages near Guali.

Jitu Patnaik, a miner who became the chairman of Joda municipality, dominated the areas around Joda. Barbil was with Murli Sharma, a local Bharatiya Janata Party leader. And the liltingly-named village of Unchabali was with Sanatan Mahakud, a union leader who later moved into the business of transporting ore.

As the previous story in this series reported, over the last decade, Prabhakaran rose to become the largest contract miner in Keonjhar. In 15 years, the turnover of his company, Thriveni Earthmovers, torqued from Rs 90 crore to more than Rs 1,300 crore.

Simultaneously, Mahakud overtook all the other satraps in the race to become the area’s MLA.

Many see the parallel rise of Prabhakaran and Mahakud as more than just a coincidence.

According to a contractor who spoke on the condition of anonymity, Mahakud is Prabhakaran's creation, and little more than a henchman who carries out his orders. “Usko Prabhakaran ne hi aadmi banaya. Us se pehle woh kuch nahin tha,” he said. Prabhakaran made him what he is today. He was nothing before all this.

The cash dole allows Prabhakaran to exert control over the area. “As people get Rs 2,000, they start considering Sanatan their God,” alleged the contractor. “They do what he tells them to do. If he says go sit at a mine, do not let them work, they will go sit at a mine.”

As the earlier story reported, there are allegations that Mahakud engineers the disruption of the public hearings of mining projects until the owners sign up Prabhakaran as the contractor.

Prabhakaran denied the allegation. “In the last five years, I have never taken on any new work where Sanatan Mahakud operates,” he said.

Scroll.in tried contacting Mahakud in several ways. Visiting cards were left with employees at his homes in Unchabali and Bhubaneswar asking them to pass them on to the MLA. Several phone calls were made and emails sent to the address provided in his election affidavit. Finally, an questionnaire was left at his house in Bhubaneswar. But there was no response.

While Prabhakaran denies any partnership with Mahakud, he had much to say about local satraps.

The first private mine that Prabhakaran operated was located in Guali. This was Kusha Apat’s area. Prabhakaran claims Apat asked him for a Rs 50 premium on the market price for trucks transporting ore. Too high, he said, rejecting Apat’s offer. Later that evening, around one hundred villagers came and beat up Prabhakaran’s employees.

This is why, he said, the satraps cannot be ignored. “The only way to handle them is to align them to your business model. To make them a vendor rather than a parasite. Put them inside the system.”

This takes the form of transport concessions – where the contract for transport, labour, etc, might be handed over to the satraps. This is what everyone does, he said.

He agreed it was an imperfect solution. “The transport of minerals is being done by people who are locally more influential,” he said. “This is happening across all minerals. Whether is it coal or iron ore. There is the strong leader and the weak leader. The strong benefits more, the weak leader benefits less.”

However, he insisted that Thriveni had no say in the appointment of transport contractors.

“He [Mahakud] is not my transport contractor,” he said. “He has been hired by the mine owners.”

DR Patnaik, whose wife Indrani Patnaik owns mines in and around Unchabali village, agreed. “Transport was paid for by us,” he said. “We appointed transporters on the basis of lowest bid.”

Another local contractor, however, disputed this claim. In places like Keonjhar, he said, contracts are not awarded on the basis of bid price, but on the basis of local clout.

In his meeting with Scroll.in, Prabhakaran took pains to emphasise the outreach work done by Thriveni. According to him, while Thriveni handled the main mining work, it outsourced all ancillary functions, including petty construction, to local villagers. It trained village youth as security guards and helped others buy trucks.

This gives the company “social licence”, he said, by which he meant public support for operating in Keonjhar. 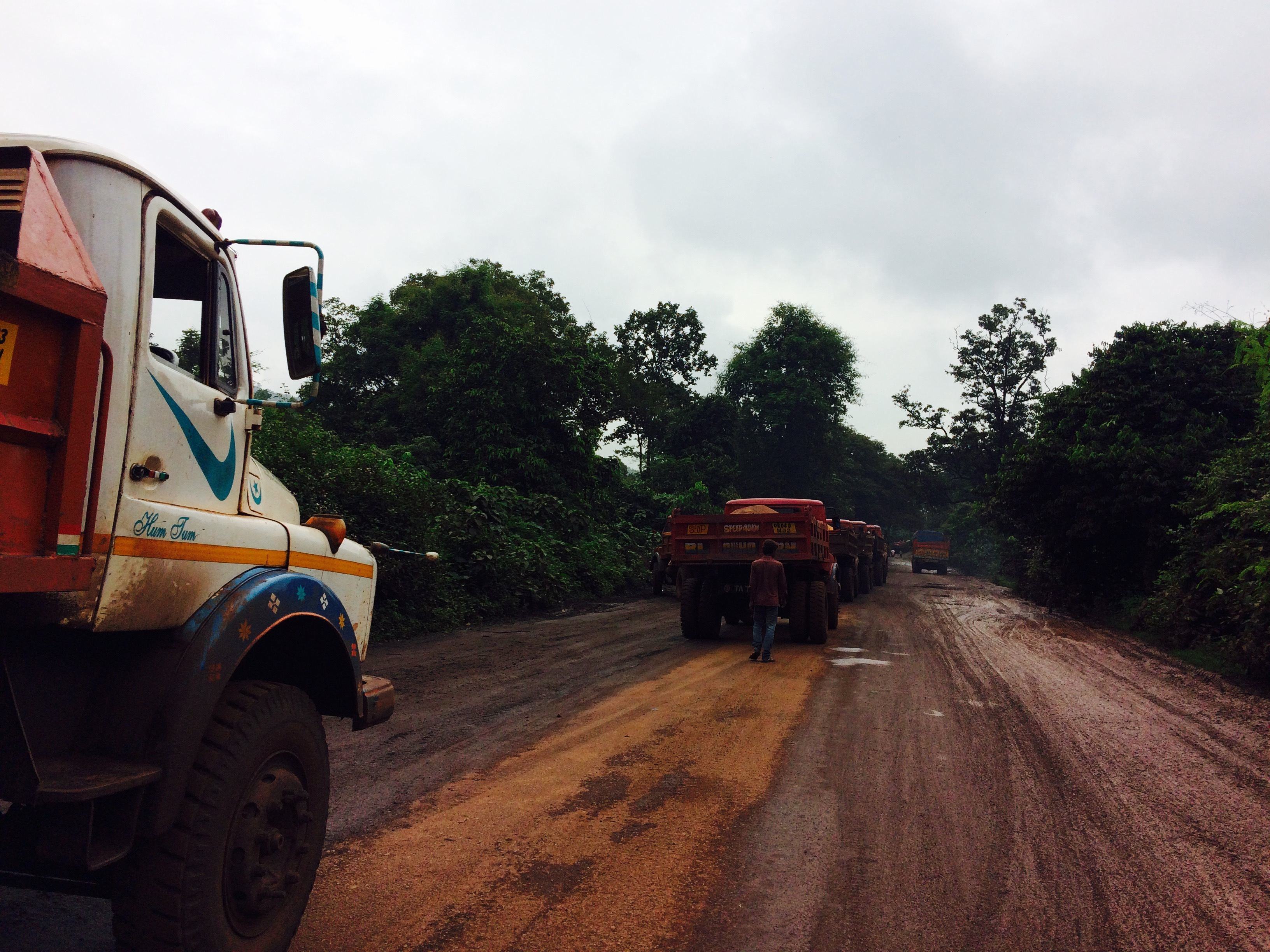 Go down to the villages abutting the mines, however, and you see how this distribution of wealth is skewed.

Mahakud's house, still under construction, is so large it occupies the top of a ridge. Continue down the ridge and you will reach Unchabali. Here, some houses are large bungalows with trucks parked outside. Most others, however, continue to be earthern structures with mud tiles.

On the road towards Nayagarh, in another village, people complained that their sarpanch, who is a subcontractor with Thriveni, pays stipend to some villagers, not all.

When asked about this, Prabhakaran said: “Whether we pay stipend or not, we reach out [and address] the common problems. Good roads, electricity, hospitals, schools, etc. This work continues to get done.”

He claimed that before he arrived in the area, “nothing was reaching these villages”. “In these ten years, I can see local people have benefited. The facilities have reached everyone,” he said.

But go to the villages and you see more mixed outcomes. At the government primary school at Unchabali, Thriveni’s staff was helping with the construction of a borewell. But in two other villages that Scroll.in visited, common infrastructure like the water tanks was in bad shape. 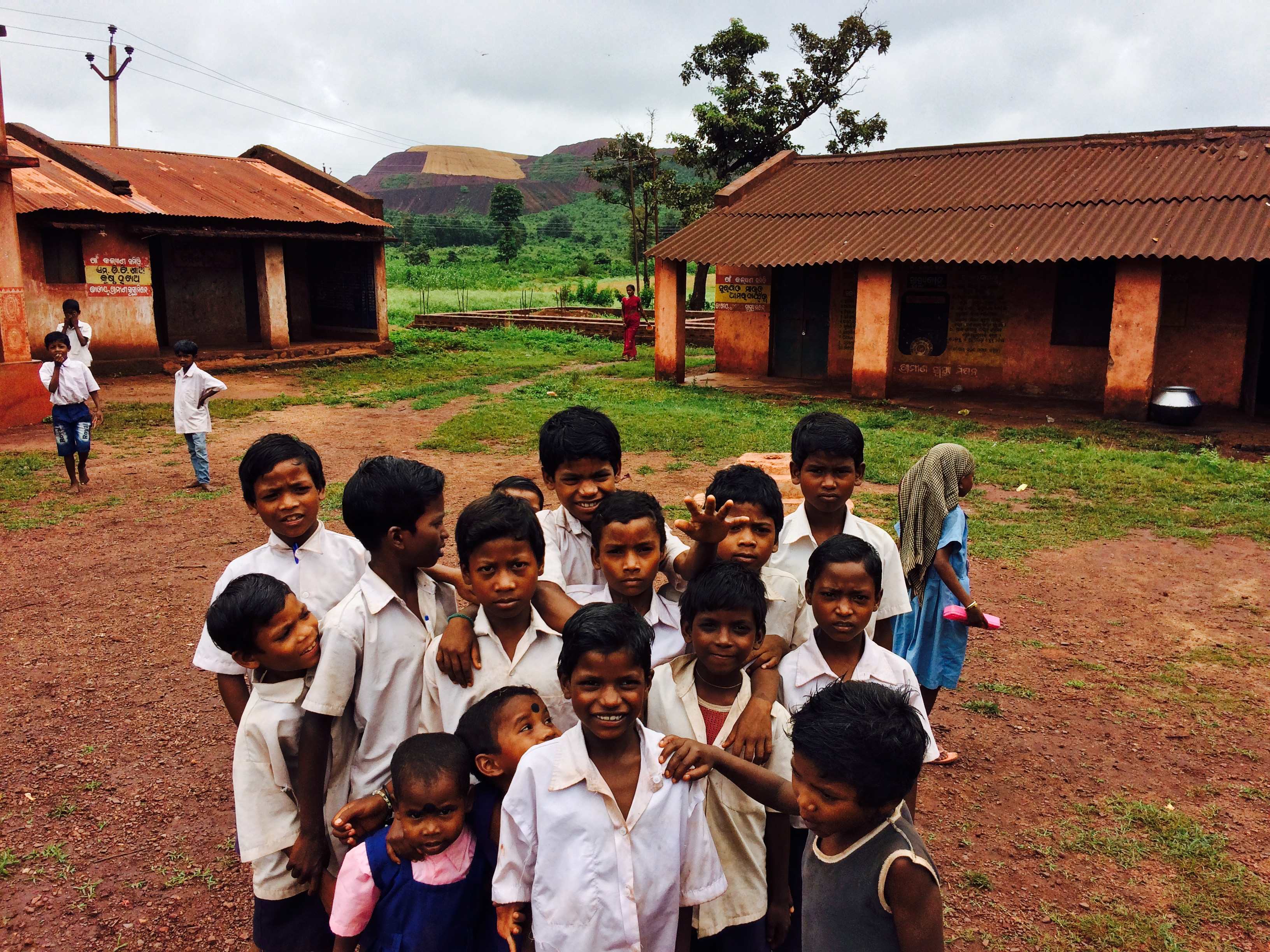 A man sitting with him said he had been beaten up on occasion. “We have been put under pressure,” he said. “We cannot even speak.”

In a village near Nayagarh, a middle-aged woman said the mining in the area has put their livelihoods under threat. “There is a crust of red dust that has formed on our fields with all these trucks moving around,” she said. “Elephants are also coming into our fields more often.”

“Earlier, we used to get enough grain from our fields for six months,” she added. “About 16-17 sacks. Now that is down to just six or seven sacks.” 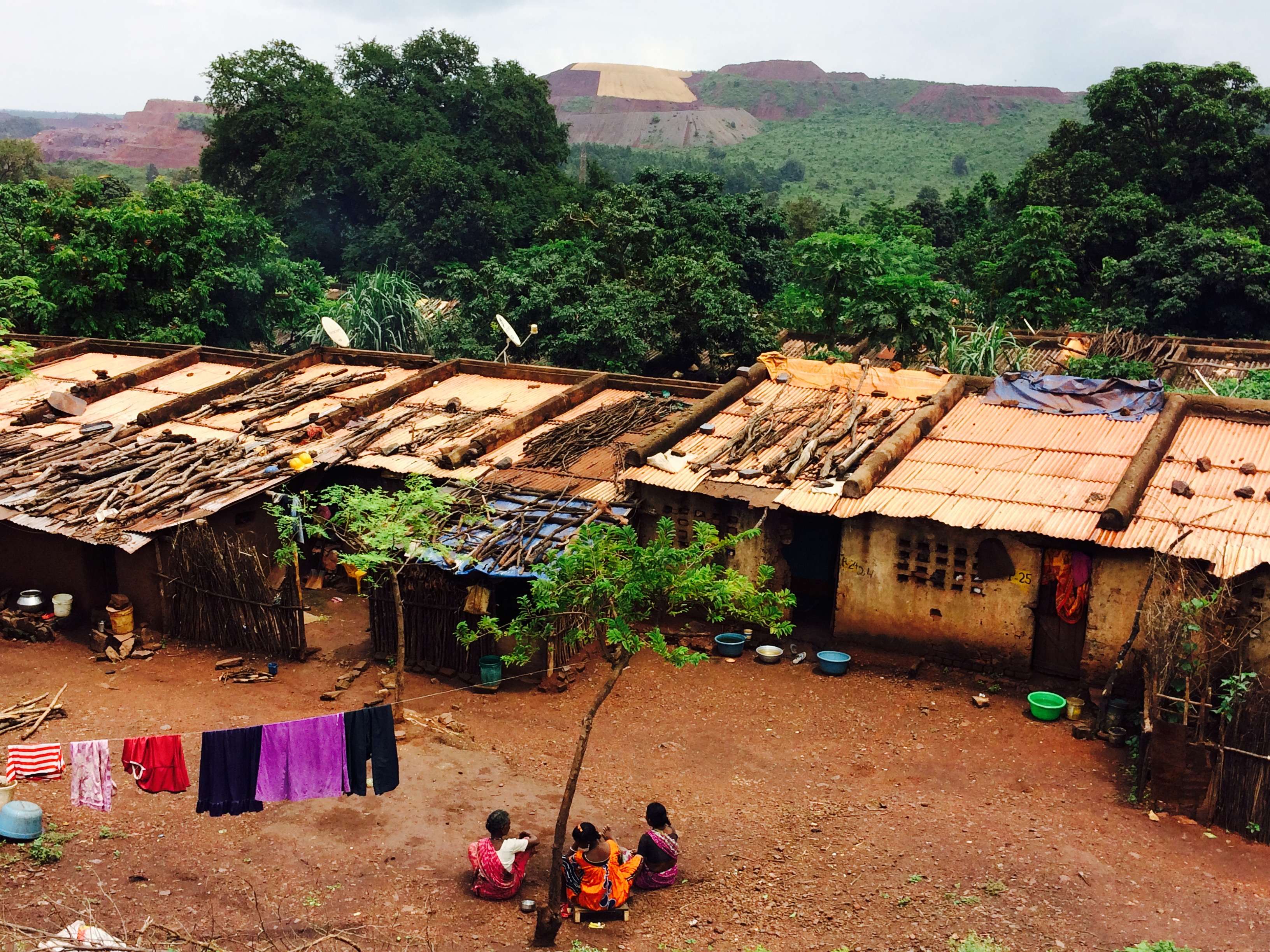 Overburden hills made up of excavated soil loom over a mine workers' colony in Keonjhar.

It's a predictable story. Visit most mining landscapes and you see a similar calculus of loss and gain.

Embedded here is the question of which side does the state government take.

To get an answer, you do not have to look beyond the 2014 assembly elections. As Mahakud stood as an independent candidate in Champua, one of the high cash-generating districts in the country, the ruling Biju Janata Dal put up a local comedian called Tatwa Prakash Satapathy aka Papu Pom Pom against him.

Why did the BJD want Mahakud to win?

This is the second part in a series on Odisha's mining sector. Read the first part here.