Oct 18, 2015 · 07:30 pm
Jessica Hellmann and David Ackerly, The Conversation
The world is watching as refugees flood into a Europe unprepared for the new arrivals. Conflict and social unrest due in part to climate stress – including induced food shortages and social conflict – have prompted migrants to search for new homes and new opportunities.

To ecologists, however, this comes as no surprise.

When we look at the history of life on Earth, we see a repeated pattern in the response of living things to environmental change. Plants and animals alike have a remarkable capacity to migrate in response to changing conditions. Over many generations and thousands of years, this leads to wholesale changes in the geographic distribution of species and composition of the world’s ecosystems. Species may adapt to climate change, and sometimes go extinct, but movement is a nearly ubiquitous response.

This observation of past migrations gives us a window into the future, suggesting how life – including human life – may unfold under modern climate change.

Specifically, given the scale of climatic and environmental changes confronting Earth today, we may be confronting an unprecedented era of human migration.

As ecologists, we know one thing for sure: when the climate changes, organisms move.

During the last ice age, a time when the world was around 10 degrees Fahrenheit colder, forests dominated Death Valley, California, a place that is now a hot desert. What happened to the trees? They moved. Over many generations, their offspring dispersed to new locations and survived where they found conditions more favorable.

Many millions of years ago, at a time when Earth was much warmer, there were relatives of the alligator living at the poles. Why were they there? Because the climate was suitable for alligators and their offspring.

By moving, a species effectively reduces its exposure to changing conditions: if each generation is able to find suitable climates, then over time they all end up experiencing similar conditions.

The fossil record shows wave after wave of species migration. This process of geographic reconfiguration is disorganized and messy, with strange combinations of organisms living together as they pass through geologic time. (Interestingly, one biological consequence of migration may be the long periods of relatively little evolutionary change that we see in the fossil record: migration reduces evolutionary pressure for species to adapt to changing conditions.)

As dramatic as past episodes of climate change have been, they have generally played out over very long time periods, so the average rates of migration were fairly slow.

The situation today is quite different, as the rate of change in the next century is projected to be at least 10 times the rate observed at the end of the last ice age.

Ecologists estimate that some species confronting climate change today will need to move many kilometers per year, on average, to keep pace with warming projected under the current “business-as-usual” emissions trajectory, which would result in 4-8 degrees Celsius average temperature increase this century. For some species, however, migrations can be very different: they may move shorter distances but move, for example, from the base to the top of mountains or from coastal to inland locations.

Human dependence on other species

Will people move these long distances, over a short period of time, too?

The social and technological innovations of human society have in many ways decoupled our lives from direct dependence on local climate, at least in developed societies. We regulate the environment we inhabit in our houses and cars, and move food and water vast distances from where it is available or can be produced in abundance to where it is needed.

Yet the other species we depend on – especially for food and fiber – have their own climate requirements.

Changing climates are rapidly prompting farmers and foresters to plant different species or cultivars, to move the production of particular crops toward cooler or moister locations, and to place increased pressures on limited supplies of irrigation water.

Where agriculture becomes difficult, or even impossible, or when other climatic limits are passed, we people may take to the road as well. 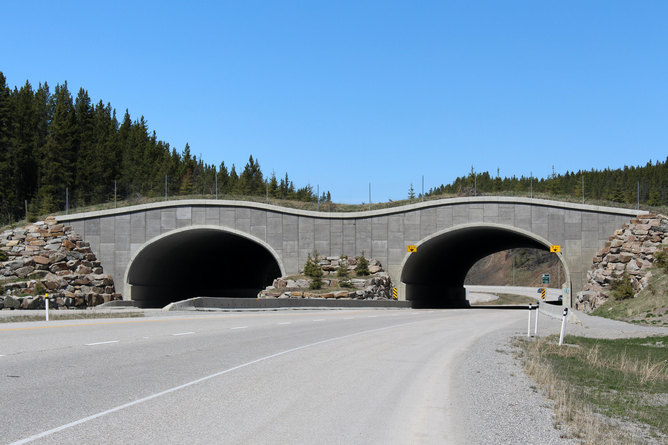 In the fossil record, migration is the dominant signal of response to a climate, but today technology and socioeconomic innovation give us many other ways to adapt in place. And, at the same time, global markets for goods free us, to an extent, from dependence on local conditions.

On the other hand, the technologies and global markets that allow us to adapt to changing conditions also facilitate human movement, and link our economies, making us all vulnerable to climate impacts felt around the world.

There is no doubt that climate change is one factor exacerbating social and political turmoil across the globe, and these effects may intensify quickly in coming years and decades. Human migrations – just like the responses of nonhuman creatures – will be hard to predict, chaotic and haphazard. Yet, if we heed the lessons from ecology and the fossil record, we would do well to prepare for the growing numbers and needs of climate refugees, whether fleeing sea level rise, heat waves, drought and famine, and the social conflicts all of these can cause.

Ecologists charged with managing nonhuman, natural resources are planning for species migrations in many ways, including:

* identifying regions with the fastest climatic shifts where we expect the greatest migration
* planning parks and preserves to serve as recipients for migrating species, and preserving the corridors that allow plants and animals to move through heavily fragmented urban and agricultural landscapes
* looking to regions with more stable climates to serve as refugia where communities and ecosystems may be naturally resilient. In some cases, they are looking to facilitate migration because we know that moving allows species to avoid the trap of being stuck in a degrading climate.


A look at species migration in California.

The analogy is imperfect, but we must plan for migration of human populations as well. That means seeking to identify and enhance resilient communities that can support vibrant communities in the face of rapid environmental and social change. And we must accommodate people who seek places that are better today and more suitable in the future.

If the biological past foretells the future, political leaders must prepare for an era of profound geographic change, a modern era of migration.

‘Hunger has no religion’: Defying sectarian divides, the Lebanese are protesting together