Become a Member
Ad
Honour killings have held filmmakers in horrified fascination over the past few years. Rahul Dahiya’s G A Wanton Heart travels down the same dust-beaten paths, lush fields and straw cot-strewn courtyards as features like Khap and NH10 and documentaries such as Izzatnagari Ki Asabhya Betiyan and The Ideal Match. But Dahiya’s debut film goes far beyond the barbaric practice. His focus is on the aspects of the culture that breed the repression of sexual expression and warped notions about male-female relations.

The film has several moments that tremble with uncomfortable bluntness and tension, such as the opening scene, in which one of the characters desperately paws a woman, followed by a near-rape in a moving vehicle.

G A Wanton Heart is part of the Indian Competition section at the Jio MAMI Mumbai Film festival. Despite the title, Dahiya’s movie is in Haryanvi, has been shot on location in Haryana, and features mostly first-time actors chosen from within the state. Neha Chauhan, who previously appeared in Dibakar Banerjee’s Love Sex aur Dhoka, is the only recognisable face in a cast that has “never acted in anything at all”, Dahiya said.

The 34-year-old filmmaker is from Haryana, and his family continues to live there. He moved to Mumbai in 2005 to work in the entertainment industry, but makes frequent visits back home. In 2012, Dahiya was in his mother’s village in the Jind district when he was told that a woman he knew had been killed by her family. They electrocuted her in a tubewell and propped up her corpse on a bullock cart to make it look like she was still alive.

“That visual compelled me, and I felt that I had to do something to express myself,” Dahiya said. His father-in-law, Vinod Sharma, produced the movie, which liberated him from the pressures of approaching other financers. 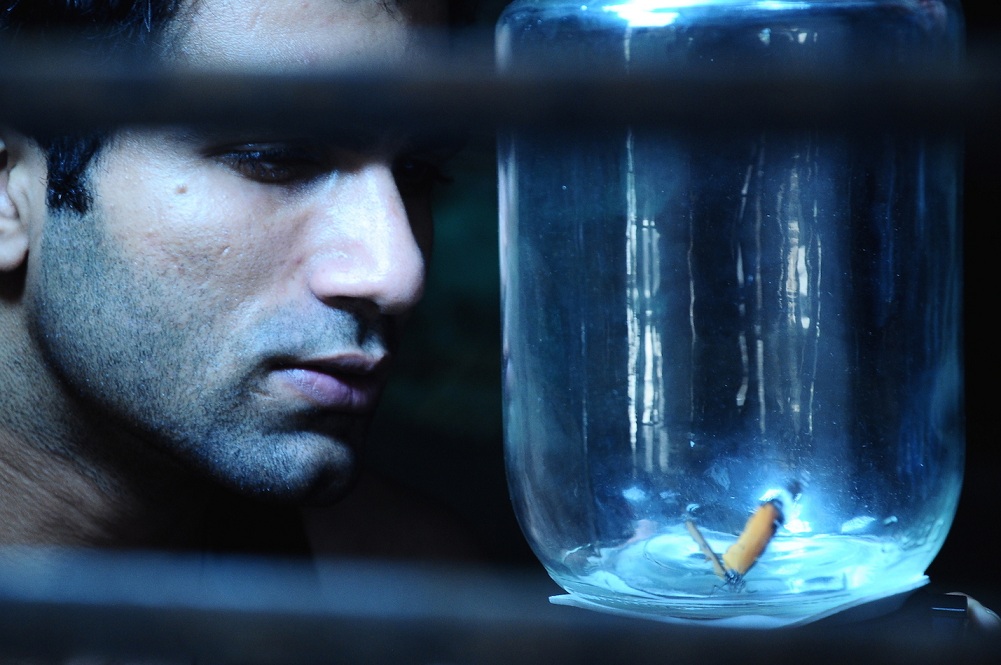 A still from G A Wanton Heart.

The result is a complex portrayal of a warped state of affairs in which the behaviour of young men and women is strictly policed, transgression is nipped in the bud, and the line between mutual love and one-sided lust is thin. Shot in a documentary style by Sachin Kabir and Alok Shrivastav to “give the feeling that the events were being recorded live”, as Dahiya put it, the movie is loosely divided into two halves. A shorter opening segment introduces us to three men, whose coarse innuendo-laced speech immediately mark them as all too familiar.

One of these men, Virender, becomes an important character in the second segment, in which normal acts of adolescent curiosity and young adult romance meet with a brutal end. Mothers and grandmothers willingly go to extreme lengths to protect their honour. In one chilling sequence, a mother completes what a father is unable to do.

“Many of the films on honour killing films talk about khap panchayats,” Dahiya said, referring to the community of elders whose writ runs stronger than the courts or the police. “I didn’t want to make a film about honour killings but about the very notion of honour itself. For somebody to have sexual desire and be killed for it.... Sexual confusion is natural, and to die for it is humongous. How can you take a human life for something like that? After all, children would not exist if parents did not have it [sex].”

Though G A Wanton Heart tackles issues that plague not just the countryside but also Indian cities and towns, it is by no means an issue-based movie. The well-rounded characters feel like real people reacting to centuries of programming rather than being just cut-outs.

“I am not sitting in judgment or taking a moral position,” explained Dahiya, who has previously worked as an assistant on Sudhir Mishra’s films Khoya Khoya Chand, Tera Kya Hoga Johnny and Aur Devdas. “People in the villages are not monsters, these values have been instilled in them,” he added. “This kind of a sexual psyche is everywhere, not only in the villages. In terms of sexual tension, I don’t find any difference.”

Dahiya has made the film from the position of an insider alive to the nuances of the local culture, as well an outsider conscientious enough to be horrified by the violence. “I have always been observant, and there was no point ever when I was not thinking about it [the violence],” said the 34-year-old filmmaker. “When you start to become conscious and aware, then you have a point of view that goes beyond condemnation.”

Dahiya’s position is clear from the intriguing title. “G, pronounced jee, is a word for desire, for the choices you make,” he explained. “I am talking about a lecherous and rebellious heart, but even if I am immoral or bad or whatever, you cannot be a judge of me. No matter who or how I am, you cannot judge me and tell me about my morality.”

Dahiya studied at a boarding school in Haryana, and his distancing began when he moved to Delhi for college. “The difference was humongous between Haryana and Delhi,” he said. “In a few hours, I was in a completely differently world.  You realise how difficult it is for somebody from a village to even interact with women when they can get killed back home for it.”

G A Wanton Heart was premiered at the Chicago South Asian Film Festival in October, and Dahiya is talking to distributors for a possible release in India after the Jio MAMI Festival. He is confident of his movie’s ability to appeal to both festival crowds and mainstream multiplex-goers. “The film has its own pace, and it doesn’t slow down anywhere, but it also has something for the festival audience – it has a dual quality,” he said.