Punjab is burning. No this isn't a reference to the protests that have emerged in the aftermath of the alleged desecration of holy books in the state. Instead, it's much more literal: Punjab's farms are actually on fire. This satellite image captured by America's National Aeronautics and Space Administration shows how the entire sky above the state looks covered in smoke, with the red dots showing approximate locations of active burning. 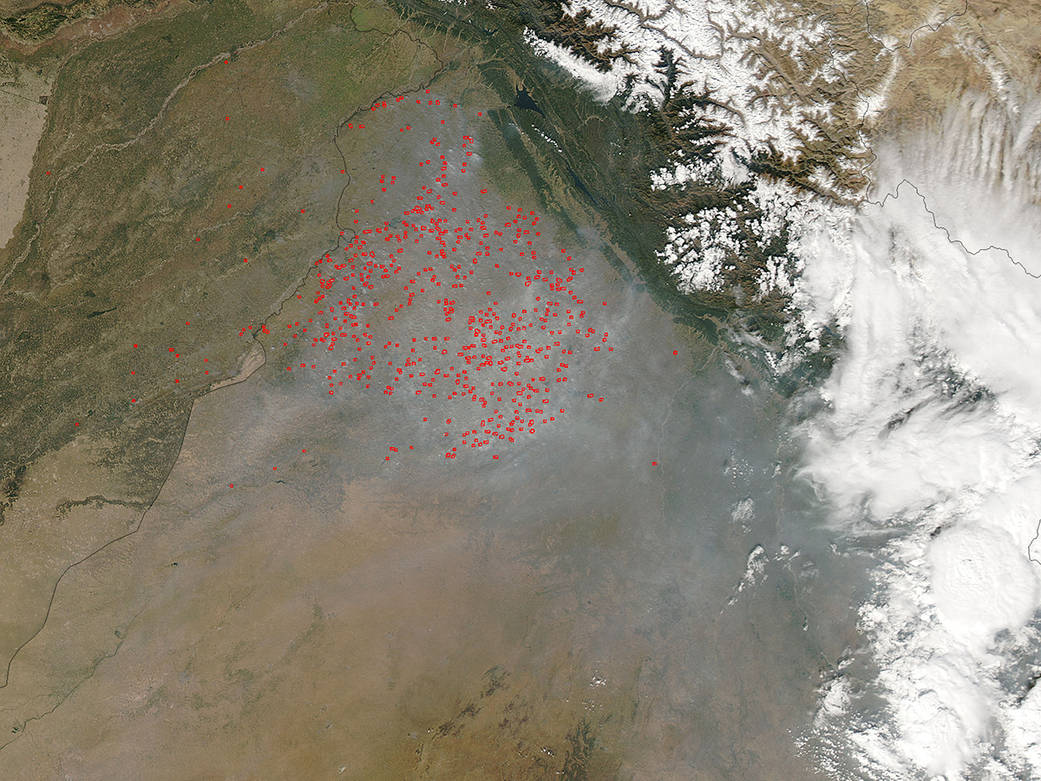 The state has two growing seasons, one from May to September and the other from around November to April.  Right before the November farming season begins, farmers use fire to clear the rice stalks that are left over after the previous harvest. Most farmers now use mechanised farming, relying on a combine harvester to harvest the rice. This, however, leaves a large amount of straw on the field, which the farmers need to clear before they can begin sowing wheat for the next season .

Since the farmers need to quickly prepare to sow wheat, the easiest way to clear the fields are by setting the stalks on fire. Every year this amounts to about seven million metric tonnes to 8 million metric tonnes of plant debris. This means, for much of October and the early part of November, Punjab's fields and covered in smoke which is then carried down to Delhi and further on.

GlobalForestWatch, which uses various data points to track fires across the world, had an even starker map that showed just how much of Punjab has seen active fires over the last week. 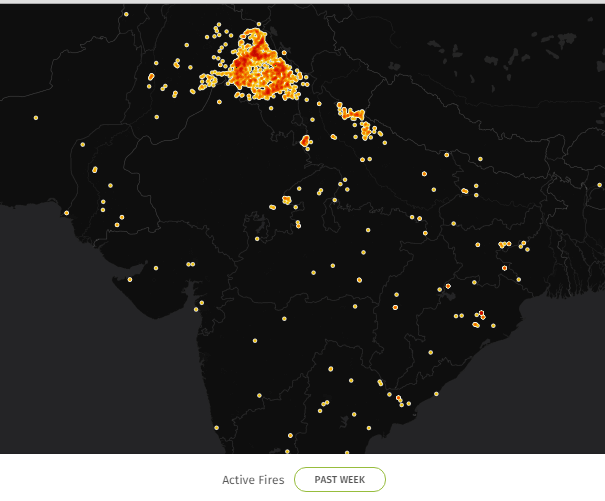 According to Down To Earth magazine, India produces about 98 million tonnes of paddy yearly, which results in 180 million tonnes of straw. Half of this gets used as animal fodder, but the other half is burnt. Burning might seem like a more cost-effective way for a farmer to clear his field, rather than having labour or a harvester be paid to pick up the straw. A few companies and individuals have tried to convince farmers that the straw can be put to other use, such as assisting in power generation, but they have struggled to offer cost-effective solutions.

Meanwhile, the damage being wrought isn't only on air quality. OP Rupela, a soil microbiologist told Down To Earth that the burning causes nutrient loss in the soil to the tune of $18 million worth of urea. Without viable alternatives, which Rupela and other scientists have sought to develop, Punjab's farmers will continue setting their farms on fire.