Contribute Now
Ad
In April 1958, S Narayan was a young metallurgist teaching at the Indian Institute of Science in Bangalore while he waited to be called up to work on a grand new steel plant in Bhilai. He was poring over lecture notes in his department one day, when a man in a turban and hands tugging at the lapels of his coat was suddenly standing before him. Narayan was more than a little surprised to see that it was the world famous physicist CV Raman who had come to see him.

“Are you free now? Can you come with me for a while?” Narayan recalled him asking.

Raman won the Nobel Prize for his work on scattering of light in 1930, a year before Narayan was born. Now Raman needed Narayan’s help. He needed someone who knew Russian.

Narayan had just returned from Russia the previous winter. Having completed his bachelors degree from the Bangalore institute, Narayan became one of 50 engineers selected to work at Bhilai, a one million tonne steel plant that India was building in collaboration with the Soviet Union. Soon, Narayan was on his way to Russia to train at the Zaporozhye steel factory (now in Ukraine) on the banks of River Dneiper. The metallurgist was armed with a few words and phrases from a Russian language primer by Nina Potapova. The rest he picked up through immersive learning while working in Zaporozhye and studying at the University of Moscow.

When he returned to Bangalore, Narayan was the only person who could solve Raman’s problem. The Nobel laureate had just been conferred the first Lenin Peace Prize for “outstanding services in the struggle for preservation and conservation of peace”. Congratulations were flooding in. He had received several letters from Soviet scientists written in Russian that he wanted to reply to.

Raman took Narayan back to his office at the Raman Research Institute, which was down the road from the Indian Institute of Science’s department of metallurgy. 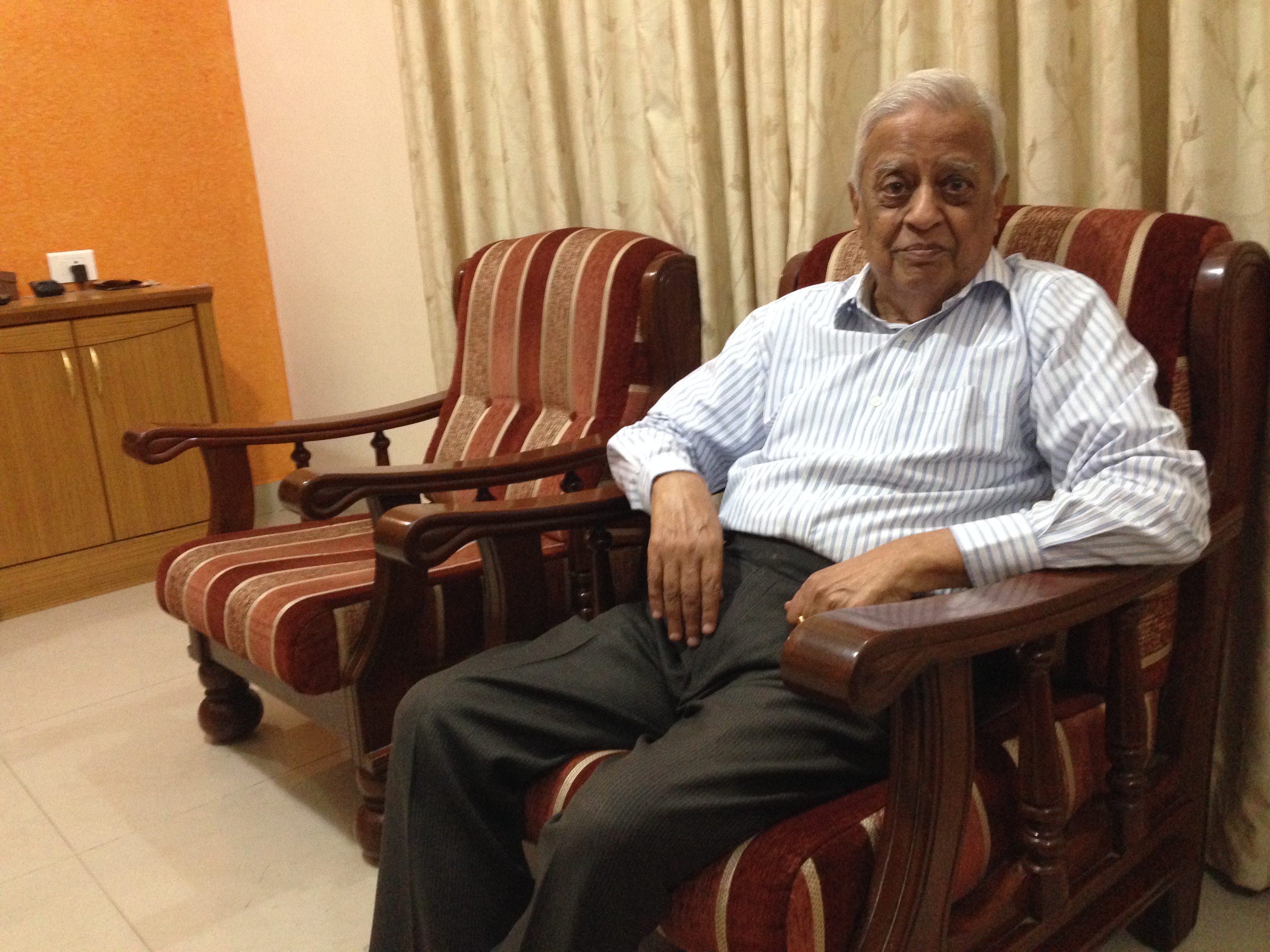 Narayan at his Bangalore home in 2015.

I have got all these letters that are all written in Russian. I can’t make head or tail of them. I want to reply to them. Can you help me?” Raman asked.

“I think I can,” said Narayan.

“I don’t need two weeks. I can take the weekend and by Monday you will have the replies,” said Narayan

“So soon?” said a surprised Raman.

“I know Russian very well. It’s not that difficult,” replied Narayan, who could think of no better way than to spend his weekend than help India’s most formidable scientific brain with his correspondence.

Narayan returned on Monday with replies and as a secretary set about dispatching them, Raman took Narayan to his rose garden.

“He had tended perhaps the best rose garden I has seen. At that time he had grown about 200 varieties of roses. There were black roses and varieties I had never heard of, never seen, even though I had visited many botanical gardens,” said Narayan who was happy with such a reward for his services.

But Raman had another request of the young man. He now wanted to learn Russian and asked Narayan to teach him.

Raman asked Narayan to come to his house every morning before starting work. The house, a bungalow named Panchavati surrounded by a sprawling mango grove in the heart of Malleswaram, was walking distance from where Narayan himself lived. And so the lessons began. Narayan used the same Potapova primer to teach Raman basic Russian.

“He evinced a very keen interest, like a Gurukul student of old. Every day he would do his homework and repeat his lessons back to me,” said Narayan. Even though Raman was 60 years old and Narayan only 27, the older man liked to maintain the teacher-student relationship. As payment for the lessons, Narayan would get to sit down with Raman and his wife for a breakfast of hot coffee and idlis.

Soon, Russian was rolling off Raman's tongue. Dobroe utro, he would say to Narayan, wishing him a good morning. Then he would address the younger man as gaspadin. No, no – Narayan would correct Raman. Gaspadin is to imply great respect while appropriate title for a regular acquaintance is comrade.
“The lesson part of it was only 30-40 minutes, the rest of it was just gabbing about this and that,” Narayan said. “He had picked up conversational Russian and would sometimes use it to tease his wife.”

Russian, in a Tamil accent

Towards the end of almost 100 morning lessons, Raman received an invitation to travel to the USSR to receive the Lenin award and address the Russian Academy of Sciences. Raman was determined to give the address in the Russian language.

“There came the problem,” said Narayan. “Dr Raman had a very strong native Tamil accent. Every Russian word he would pronounce with this heavy Tamil accent and it didn’t sound like Russian at all.”

So Narayan prepared Raman’s speech and recorded the lines for his student to listen to, memorise and repeat. The speech consisted of a few short sentences consisting of words that would not be difficult to pronounce. Raman, however, insisted that it include some messages – that he was honoured by the award given to him against the intentions of scientists in non-Communist countries; that the award was a great honour to not just him but also his homeland.

The speech was a success. In her biography of Raman, writer Uma Parameswaran notes that “after thanking the presenters for recognizing India as a sincere champion of peace, he went on to say that he regretted that advancements in physics were being used to manufacture weapons of destruction. He went on to say that Japan had experienced the power of this weapon… but those who created the weapon failed to take note of the fact that other countries too could develop this weapon and that they themselves could fall victims to similar or more terrible trials”.

When Raman returned from his tour of Russia and Europe, he called Narayan, thanked him for his help and asked whether they could continue their lessons. But 1958 was coming to an end and Narayan was being summoned to Bhilai where the steel plant was soon going to be inaugurated. Narayan went to Bhilai in January 1959 and worked his way up over the years to become general manager but never had the chance to speak to Raman again. “The next time I came to Bangalore Dr Raman was no more and the family had moved from Panchavati.”