Contribute Now
Ad
Rewriting history is quite common in both India and Pakistan. Governments do it, the state does it, and sometimes, so do families. This phenomenon has been a robust and recurring exercise in both the countries ever since the subcontinent was split into two countries in 1947: the Hindu-dominated India and the Muslim-majority state of Pakistan.

The practice of rewriting history has been more frequent in Pakistan, though, especially after the 1971 Indo-Pakistan War. The state and various governments in the country began an academic process to sketch a narrative that attempted to delink Pakistan’s historical connection with a region which, though, ruled by Muslim dynasties between the 13th and 17th centuries, still had a Hindu majority and had become the Republic of India in 1947.

The experiments in this context have had a disorientating impact on the state’s national identity-building process, more so after Pakistan’s historical linkages with the region’s 5,000-year-old history were deflected towards a largely concocted idea of having a linkage with Arabia.

On the other end, till the late 1980s, the Indian state had explained Pakistan to be an "unnatural creation". This narrative began to further mutate when the Hindu nationalist sentiment first began to seep into the mainstream politics of India. By the early 1990s, Hindu nationalists were more aggressively pushing in a brand new narrative (vis-à-vis India’s historical links with the region that had become Pakistan and with India’s large Muslim minority).

Just as the state of Pakistan (ever since the early 1970s) had tried to undermine the history that the country shares with India, Hindu nationalist outfits such as the Bhartiya Janata Party and the radical Rashtriya Swayamsevak Sangh, began attempting to whitewash India’s Muslim past.

One physical manifestation of this was when BJP members and supporters demolished the 16th century Babri Mosque in Ayodhya in 1992. The mosque was built by a Muslim ruler and the founder of the Mughal dynasty in India, Ẓahīr-ud-Dīn Muḥammad Babar. 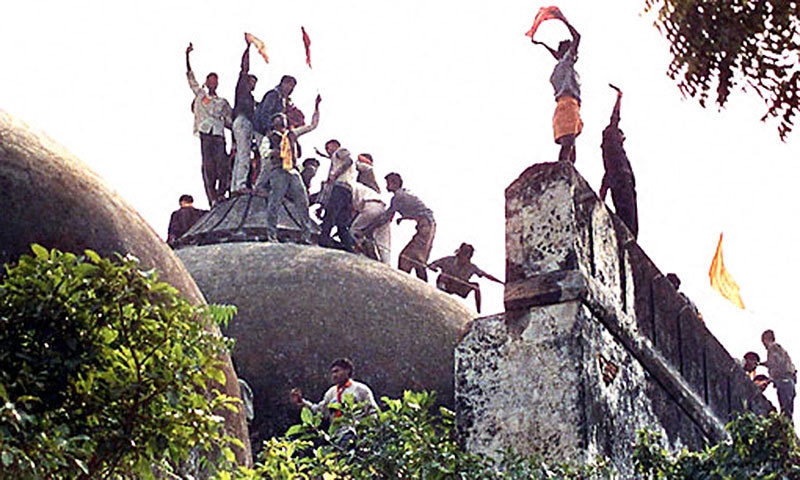 Recently, the Pakistan state’s first major operation to put back the genie of religious extremism back inside the bottle – an ogre that was first let out by the same state in the 1980s – the operation (that now includes the participation of the Pakistan security forces, judiciary and parliament), is slowly but surely also trying to realign and amend the reactive historical narrative that the state had begun to construct from the early 1970s onwards.

For example, anyone suggesting that the 8th century Arab commander "Mohammad Bin Qasim was the first Pakistani" is not taken very seriously anymore.

In India, things in this respect seem to be going the other way. One of the most intriguing manifestations of this is the way sections within the ruling BJP, RSS and certain Indian historians, in the most dubious manner, are attempting to claim ownership of perhaps the most majestic historical monument ever built in the region: The Taj Mahal.

The Taj Mahal is considered to be one of the "wonders of the world". I have visited it once, way back in 1985, when I was a college student visiting India. I eventually just sat on a bench in front of it, staring at it for hours, marveling at the building’s imposing beauty and impact. 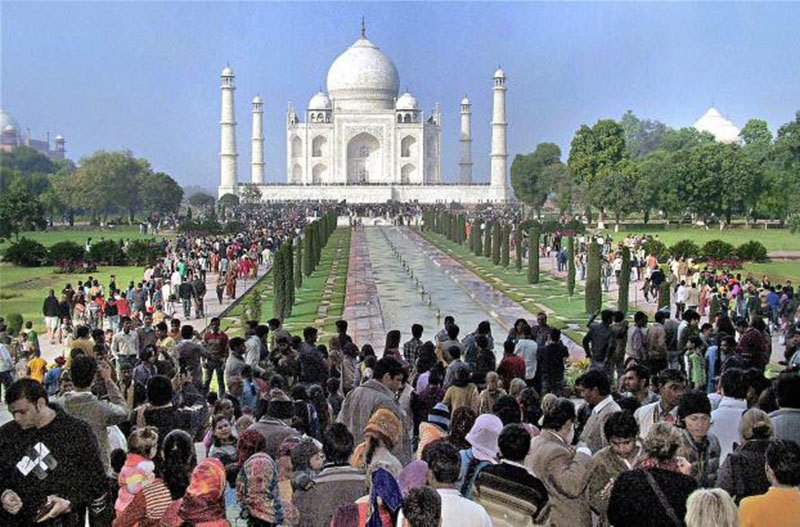 Mainstream history correctly records that this majestic white marble mausoleum in Agra was completed on the instructions of Mughal Emperor, Shah Jahan, in 1653. And yet, very few know that by the end of the Mughal era in the mid-19th century, the Taj Mahal was crumbling and in danger of actually collapsing. It had also been robbed over and over again by thieves and plunderers, who took away a number of precious jewels and stones that were used to beautify it.

By the mid-1800s, the Taj was nothing like the wonder of the world it is today (or how it was during Mughal rule). William Bentinck, who rose to become a governor in India in 1828, had actually joined the locals in plundering it. He imported machinery and tools to rip out the precious white marble from the once majestic building and send it to Britain. In fact, according to Dr Mubarak Ali’s book, In Search of History, the plan also included completely demolishing the building. 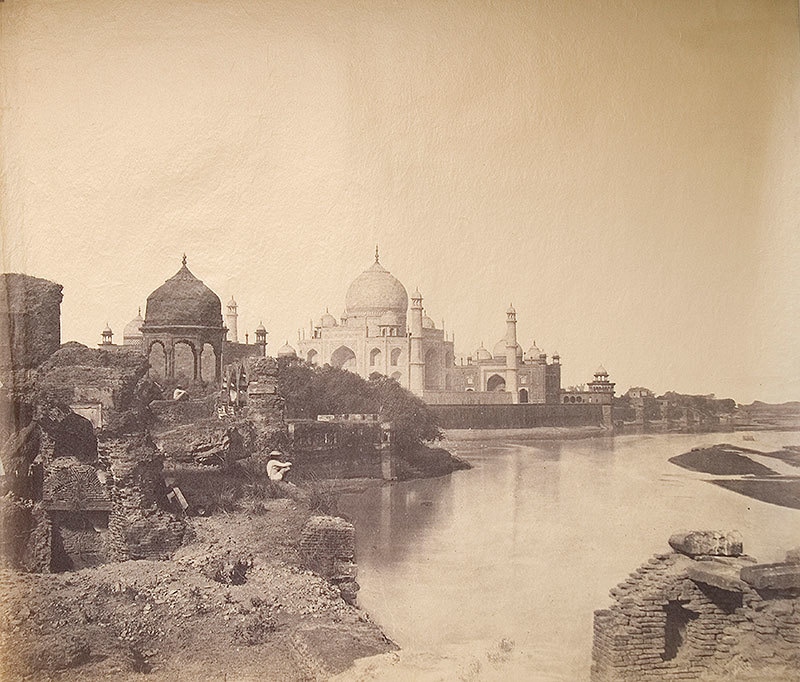 What is even more interesting is the fact that in spite of ample and irrefutable evidence available about when the building was originally constructed and who ordered its construction, there appeared many Indian and some British historians in the late 19th century who claimed that the Taj was not built during the Mughal reign of Shah Jahan.

Mubarak Ali laments that it was the British who first initiated this idea because they could not swallow the fact that the "backward people" (of India) were capable of achieving such architectural brilliance and beauty.

Major Sleeman, a British Major, remarked in 1844 that the Taj was actually designed by a Frenchman, Austin de Bordeaux. British colonialists such as Sleeman insisted (without providing any reliable evidence), that the design of the mausoleum was the work of European architects.

Things in this regard got even more outlandish when certain Hindu "historians" began to claim that the building actually pre-dated Shah Jahan and was built long before Muslim rule began in India.

Such claims failed to hold in front of the overwhelming evidence available that places Shah Jahan as the man who ordered its construction in the 17th century (as a tribute to his wife Mumtaz Mahal). 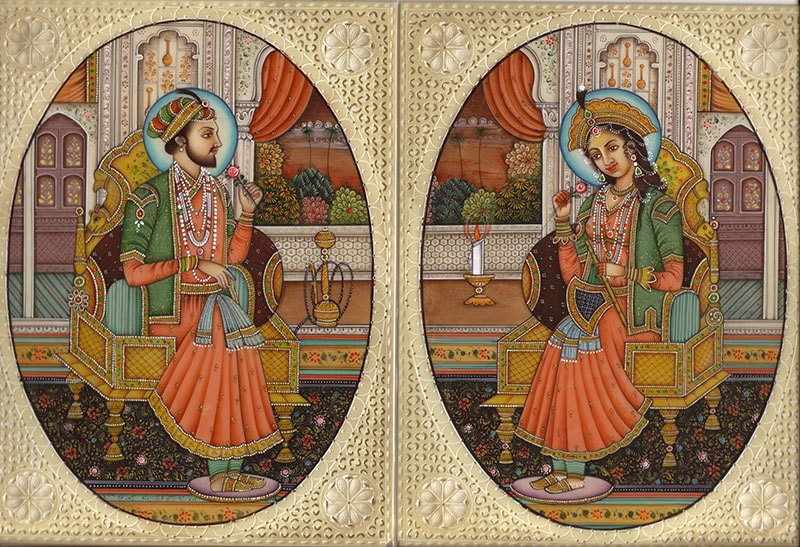 A Mughal painting of Shah Jahan and Mumtaz Mahal. 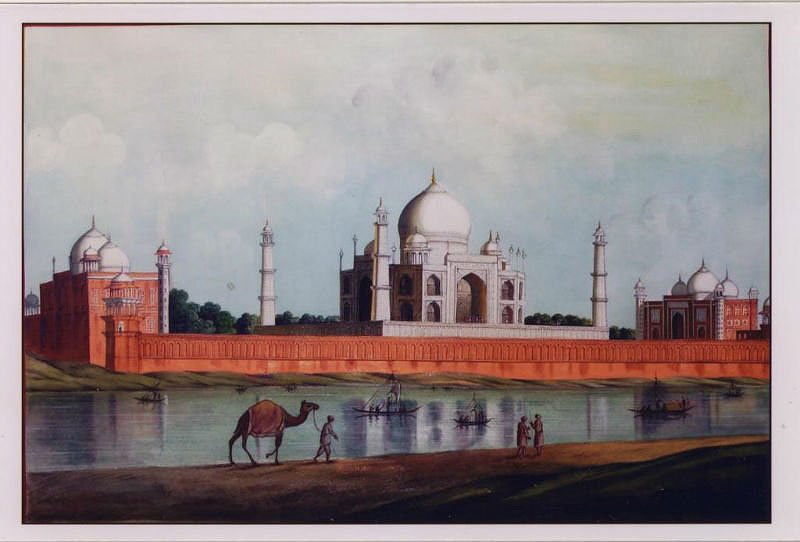 The Taj Mahal was first restored and saved from complete collapse in 1902 by Lord Curzon, the British Viceroy of India. When he first saw the mausoleum, he wrote that it had been continuously ravaged by robbers and forces of nature and was in bad shape. He immediately ordered its restoration, and, by 1905, the Taj got a new lease of life. 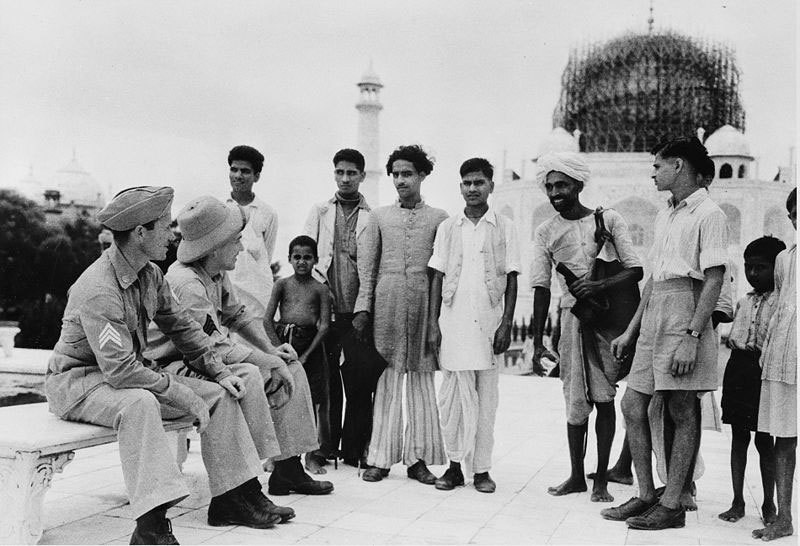 British officers and locals outside the Taj. In the 1930s, the Taj was still being restored.

Though the tour guides during my visit to the mausoleum all named Shah Jahan and his large army of workers to be the sole creators of the Taj, even in 1985, I was made aware of certain Indian historians who were trying to prove otherwise.

Even in recent times, one can come across many Indians quoting whole paras from books such as Taj Mahal: The True Story (by Indian "Hindu national revisionist" PN Oak). The book was published in 1989 and claims that the Taj Mahal was built as a Vedic temple in 1155 and/or before Muslim rule began in India. He also suggests that Shah Jahan had only acquired it from one Jai Singh. Oak claims that the supposed temple was built by Raja Paramdari Dev in the 12th century.

Oak attempts to provide multiple proofs to back his claim, but none of them have managed to stick in the face of rigorous historical and scholarly scrutiny by those opposing this theory. Nevertheless, this book has continued to excite and inform the narrative of large sections of Hindu nationalists. Ganga Ram Garg mentions the same in 1992’s Encyclopedia of the Hindu World. 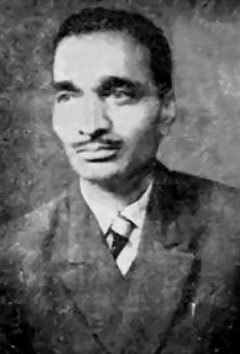 It must be added that PN Oak later went on to also claim that Christianity and Islam are both derivatives of Hinduism, and that London’s Westminster Abbey (along with the Taj) were all once Hindu temples to Shiva.

In his book, Christianity is Chrisn-nity, Oak writes, "Jesus went to India between ages 13 and 30 to learnKrishna-neeti (Christianity) from Hindu sages".

In a lecture titled "Outsider as Enemy", Indian historian KN Panikkar discussed in length the attempts by the BJP to further communal consciousness of history. He said that the party was doing this by revising school textbooks ‘to introduce a communal view of the past, highlighting the achievements and contribution of the Hindus and undermining or misrepresenting the role of others. Panikkar said that the BJP is "saffronising research institutions".

In his essay Idiocy as Scholarship, Subhash Gatade laments that PN Oak died in 2007 but his ideas live on. Many noted Indian historians have called Oak a "mythhistorian" – someone who peddles myths as history – while others have described him to be a "pseudo-historian", or someone like Eric von Deniken, the Swiss author, who in many of his books has claimed that most of the great and ancient historical monuments on Earth were actually built by aliens who visited earth in ancient times.

This article was first published on Dawn.com.

Ramachandra Guha: A historian’s advice to Muslims in 1947 is relevant to Hindus today