Contribute Now
Ad
Bangalore’s second-hand bookshops have been something of a cult favourite for decades now. Within walking distance of each other, many of these shops are huddled on and around Church Street and Brigade Road.

Many of them have been in existence for a long time, and have survived successive trends in book-selling, including the advent of large chain stores and, now, online shopping.

While each one has its own strategy to survive, and in some cases, flourish, as well as its own individual identity, together they form a pleasurable hub in which one can lose oneself in a universe of books.

Goobe’s Book Republic
A chalkboard sign points passers-by towards Goobe’s Book Republic, a small library and bookstore on Church Street. Descend the flight of stairs, and you’ll encounter a small, beautifully arranged space papered with posters from local cultural institutions such as classical dance hub Nrityagram, and crammed with all kinds of books, from Margaret Atwood’s Oryx and Crake to Charu Nivedita’s Zero Degree.

Started in 2008 by Ravi Menezes, Goobe’s sells a combination of secondhand and new books. It’s an intimate space, not just because it is small, but because of its emphasis on interaction with its clientele. Amit, who has worked there for four years, told me that not only do employees make suggestions to customers on what they might enjoy reading next, they also actively seek recommendations from regular customers on what to stock.

Space is precious, so at the time of writing, the store was selling off a substantial number of pulp fiction titles at Rs 25 each to make room for more literary fiction, science fiction, and nonfiction. “We think that a good bookstore is the kind of space that amazes readers, that gives them books they can’t find anywhere else,” said Amit. “We are committed to promoting really good work that’s coming out of South India, by writers like Kuzhali Manickavel and publishers like Manta Ray comics.” 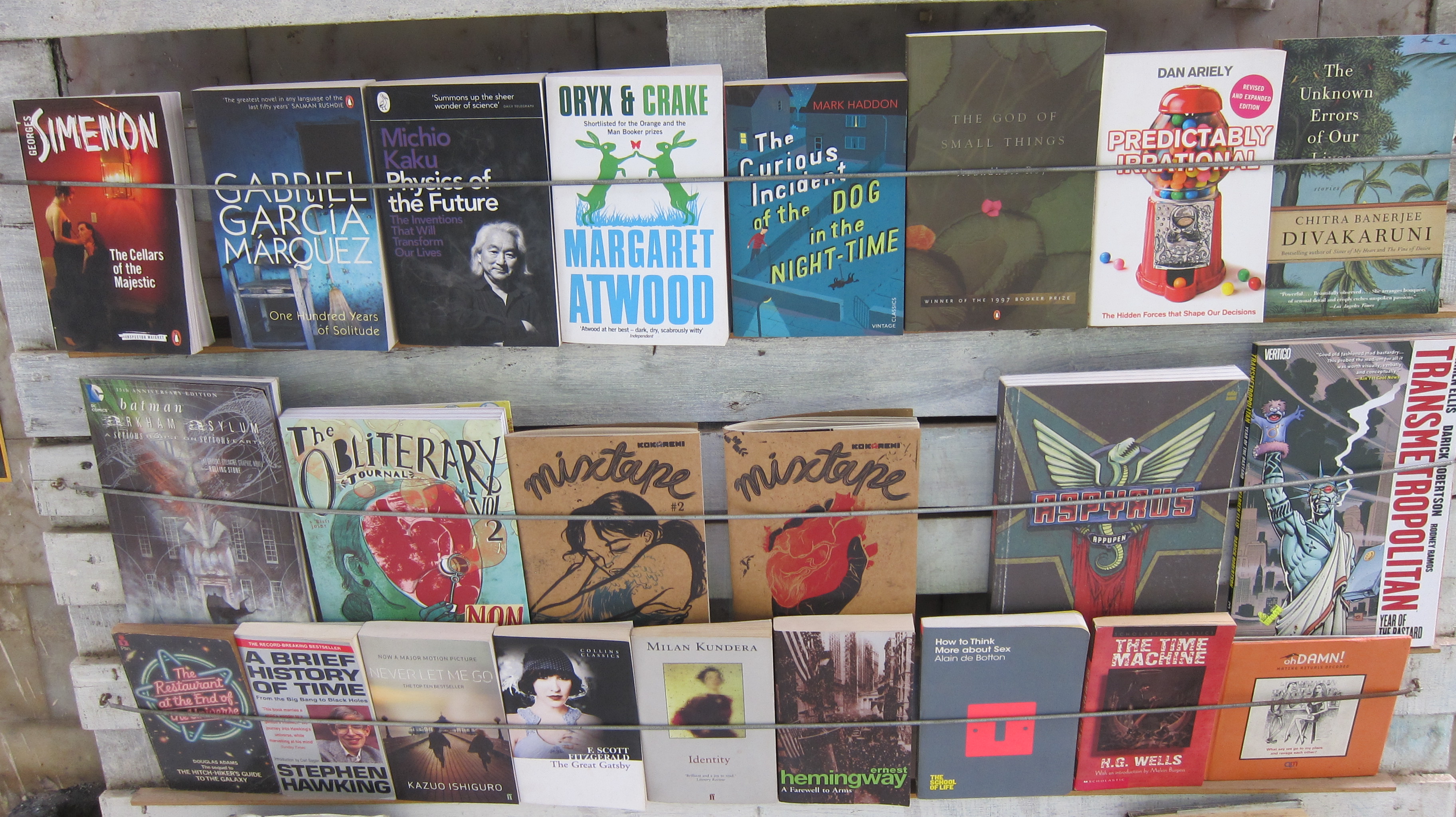 Blossom Book House
What started in 2001 as 200 square feet of space for used books is now Bangalore’s best-loved bookstore. Mayi Gowda, Blossom’s founder, estimates that the bookshop currently houses between 200,000 and 300,000 titles, most sourced from around the country, and many imported from abroad.

You can spend many happy hours browsing mountains of new and old, well-known and obscure titles. On the first floor alone, I spent a very long time going through the science fiction and fantasy, comic book, and literary fiction sections, finding multiple editions of the same books, sometimes in a different language and often at a different price. Many of the used books looked untouched, while many others were still imprinted with past owners’ lives, revealing tucked-in boarding passes once used as bookmarks, and pages dog-eared from repeated readings.

This was only a sliver of the amount of time I could have spent there. Lovers of cinema, travel and philosophy will find the back of the ground floor useful, and readers of young adult fiction and nonfiction should head to the second and third floors respectively. Gowda’s success has been phenomenal, so much so that he says the bookstore remains unaffected by competition from large chain stores and online bookstores. “We’re not facing any challenges,” he said with a smile. “We take a great personal interest in what customers want to read, and I think that’s why we are successful.” 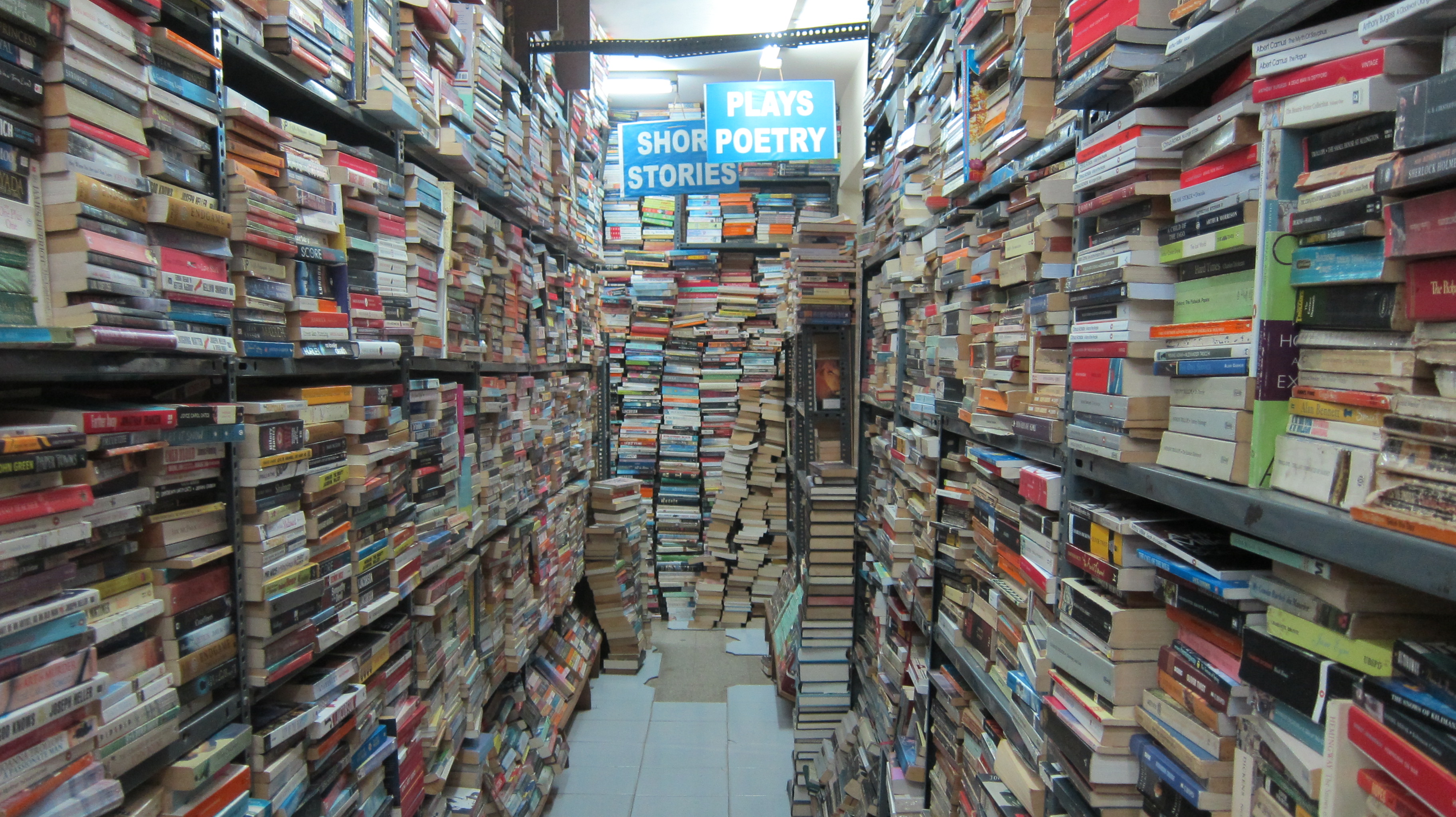 The Bookworm
When I visited The Bookworm, the founder, Krishna, was helping a customer exchange her copy of The Gathering by Anne Enright, a novel she’d bought in 2008. Using the bookstore’s unique store credit system, she had to pay half the book’s price as “reading fees”, and could exchange it at her convenience for another book. Krishna told me that many of his regular clientele use this system to bring back books they bought years ago.

Krishna started The Bookworm in 2002, by which time he’d already spent five years selling used books on the pavement. It was only five years later, in 2007, that he started stocking new books. The Bookworm has slowly grown, and now has two outlets within walking distance from one another, with large swathes of the stores still dedicated primarily to affordable used books.

Many of the store’s customers are university students of the humanities, especially literature, presumably because of the easy availability of copies of key texts they need for class. However, I also spotted many novels and comics I hadn’t seen in the other shops, not even at the venerated Blossom, including a single copy of Angela Carter’s Black Venus. It was, alas, already taken, but Krishna assured me I could leave a note with him and he’d do his best to source it for me in a few days’ time. 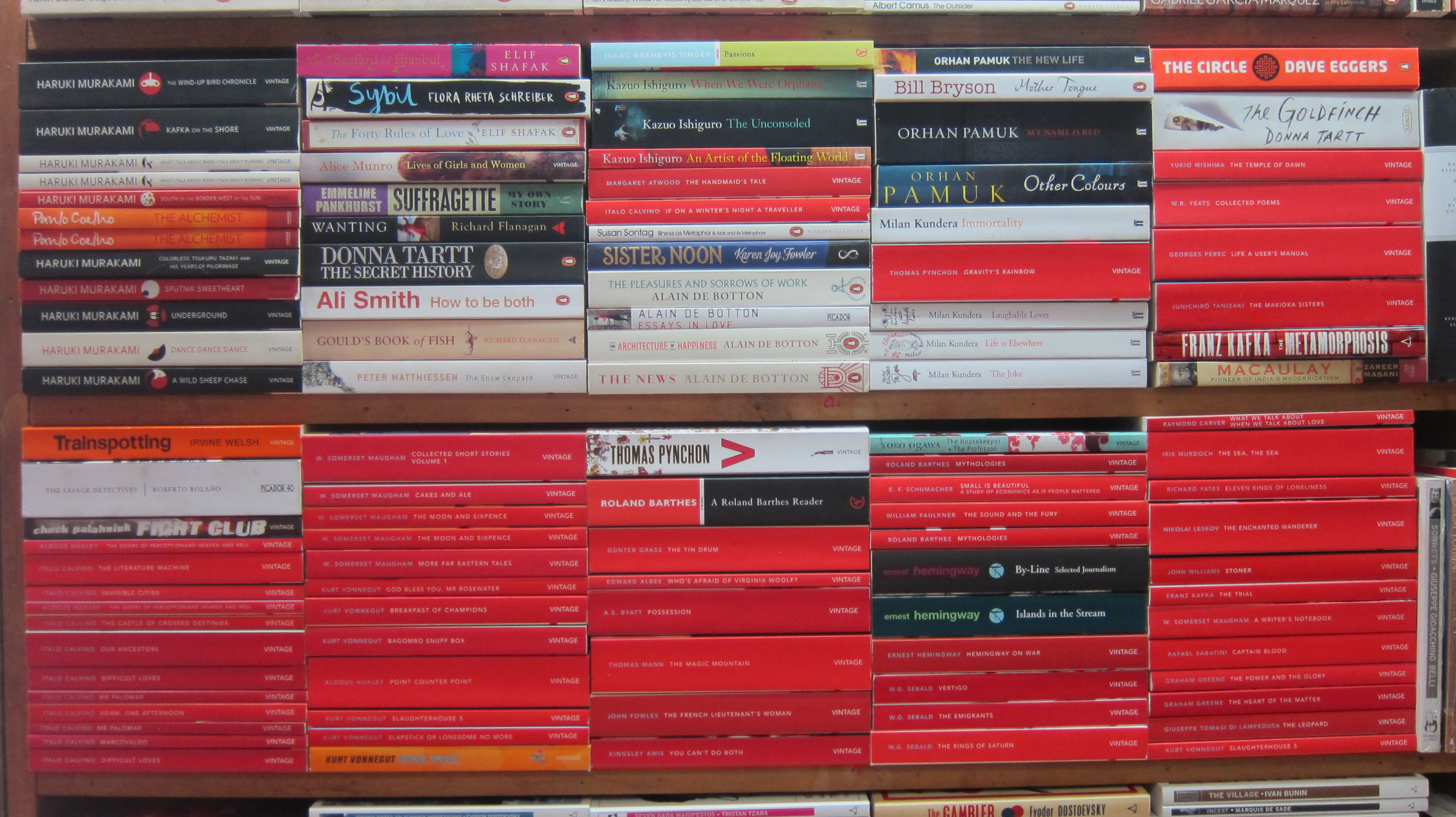 Gangarams Book Bureau
This large, carefully arranged bookstore is a complete contrast to the narrow aisles and randomly stacked piles of books of the other members of this list. But even though it may resemble a sterile chain bookstore at first glance, Gangarams is actually a family business with a rich history of bookselling in Bangalore.

Founded by Nanumal Gangaram and his son Atmaram in 1965, it was originally named Bangalore Book Bureau, and located in the Kapali Theatre building on SC Road. In 1977, it moved to Mahatma Gandhi Road, and has since then at various points of its existence sold stationery and music. It has now been on Church Street for a couple of years, and is back to selling only books.

“Bookselling is a noble profession,” said Prakash Gangaram, who manages the store now. “It is also like an ocean; you can stock millions of books, and still someone will ask you for something you don’t have.” Although Gangarams has survived, business has been hit hard by online marketplaces. “We can’t afford to sell at cost price or below cost price, which these online bookstores do because they want to gain control of the market," Gangaram said. "It’s also easier for people to buy online than come to the bookstore.” 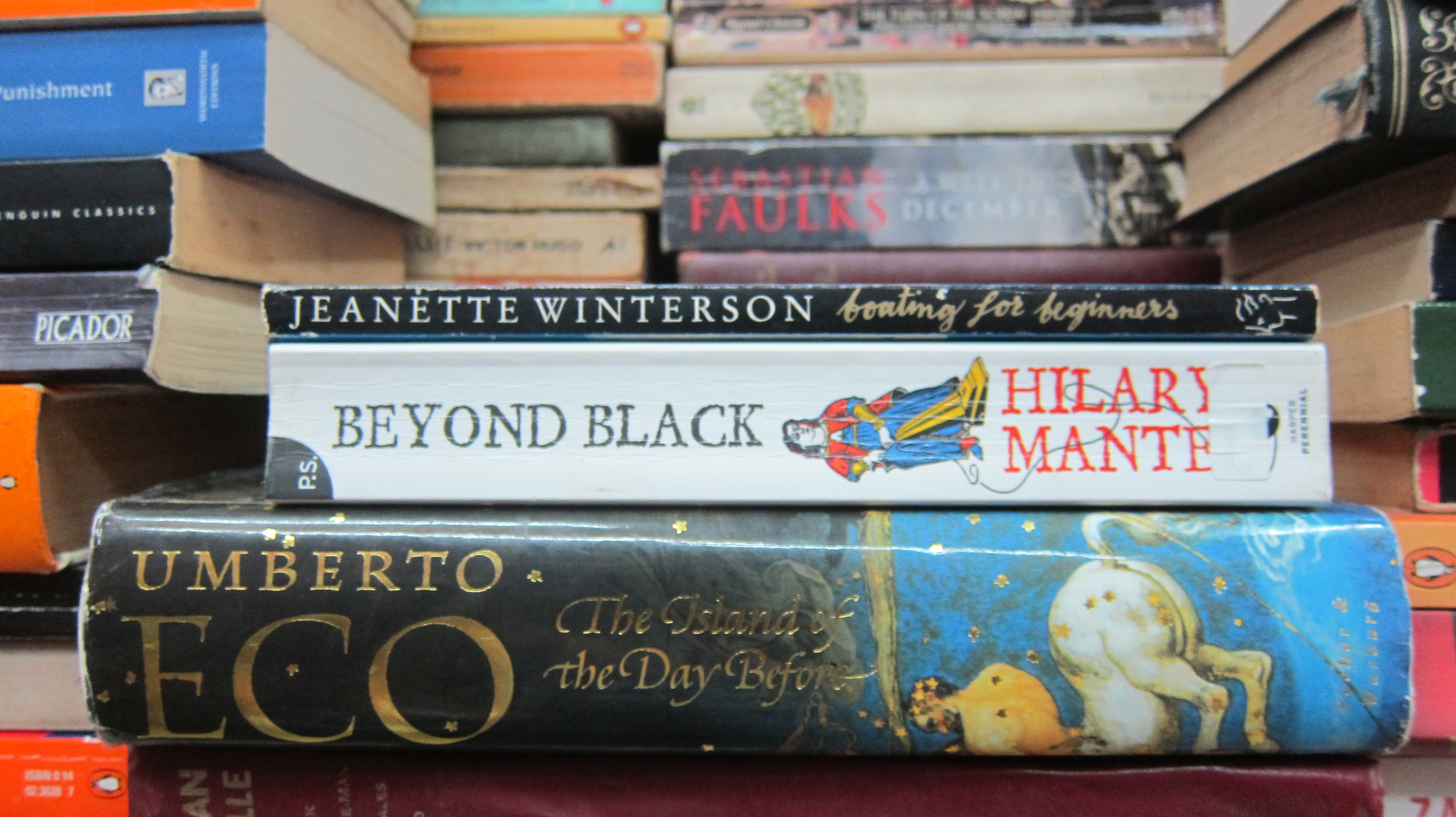 The fast-paced Brigade Road, lined with shops and inundated with traffic, falls away with just one turn into a quiet alley. This is the home of the legendary Select Bookshop, founded in 1945 by the lawyer and bibliophile KBK Rao, and frequented by the likes of Ruskin Bond.

Select has been hailed as Bangalore’s finest antiquarian bookshop, and has been managed since the 1970s by KKS Murthy, the founder’s son, an erstwhile aeronautical engineer.

The bookshop itself is filled with grey shelves on which a wide variety of books are arranged in no particular order. The first floor, housing the shop’s rare books, is usually kept under lock and key. Help is on hand for specific requests, but the place is a haven for browsers who’d just like to be able to find something new and surprising.

The afternoon that I visited, I found battered copies of Penguin paperbacks nestled next to a full set of The Literature of All Nations And All Ages, first published in 1900. Murthy was personally present to help patrons locate books, and the general sense of an important institution that is thankfully still protected became more intense when a group of university students arrived to interview him as I retreated further into the bookshop and bliss. 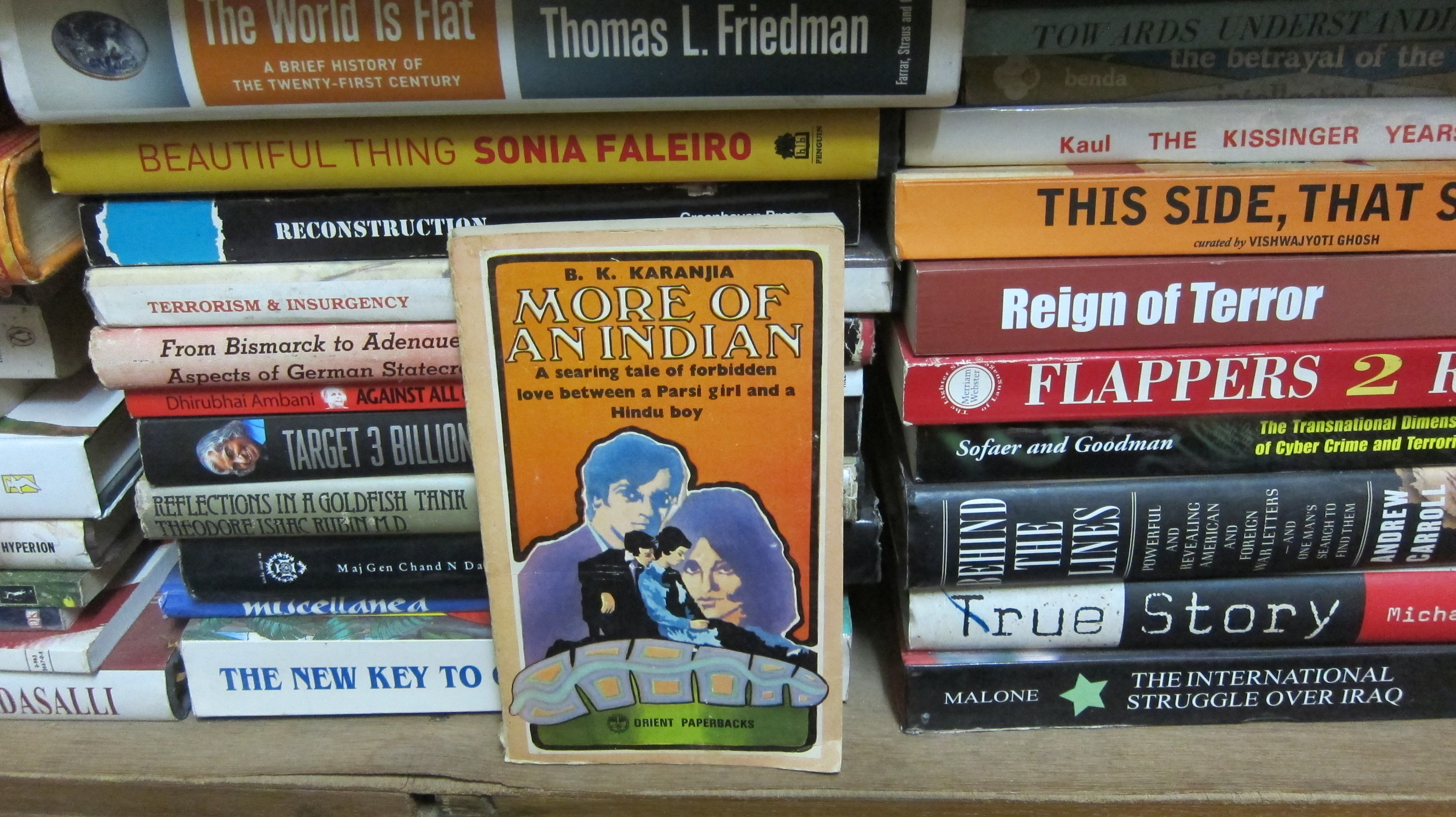 Delhi’s Daryaganj second hand books market: Going, going... but not quite gone yet?