Contribute Now
Ad
So extraordinary is India’s growth that it is easy to overlook the fragility and unevenness of the boom. As you leave the capital, New Delhi, and drive down the Jaipur Highway, you head back in time to an older, slower, pre-modern world. Within twenty minutes of leaving the Gurgaon headquarters of Microsoft or Google Asia, cars and trucks are beginning to give way to camel and bullock carts, denim and baseball hats to cotton dhotis and turbans. This is a very different India indeed, and it is here, in the places suspended between modernity and tradition, that most of the pictures in this book were made. 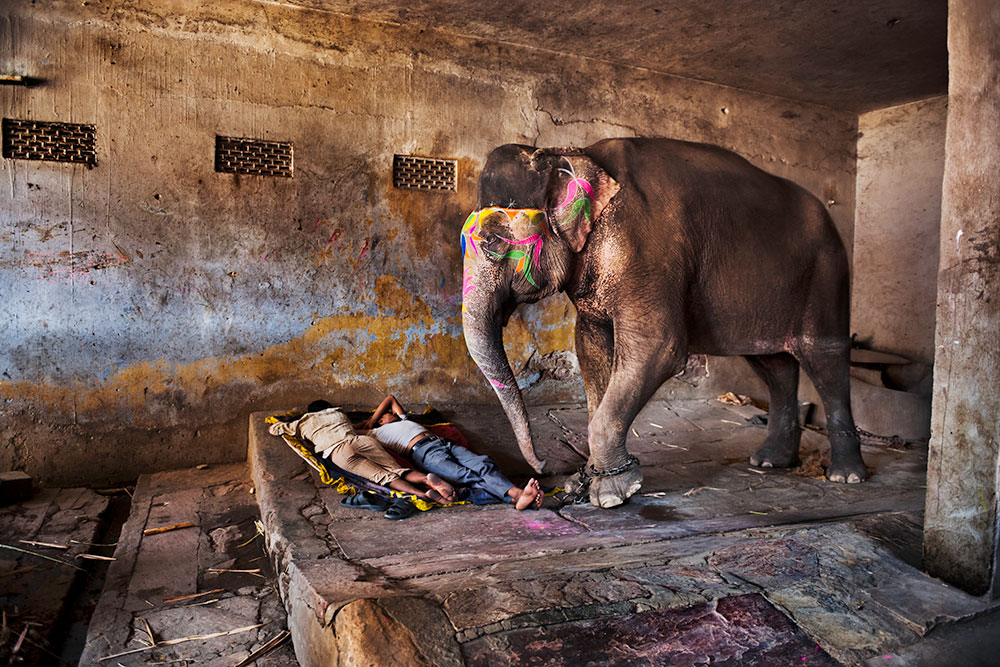 Steve McCurry has been coming to India for more than thirty years, knows it intimately, understands its charms, and has seen it change. These magnificent photographs, some justly famous, many new and revelatory, reveal the beauty of the country and highlight its extraordinary contradictions. 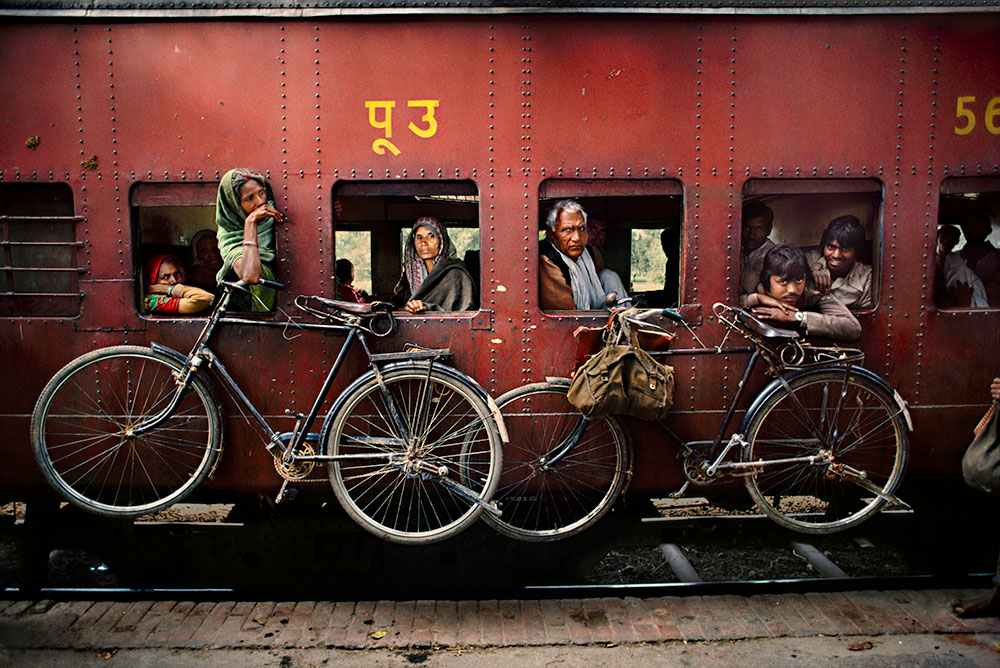 Bicycles hang on the side of a train. Photograph: Steve McCurry

All this is an accurate representation of the stark extremes that are India’s defining reality. This is, after all, a nation said to train a million engineering graduates a year, against 100,000 each in America and Europe. The country stands third in global technical and scientific capacity – behind America and Japan, but well ahead of China.

In the course of the last decade, as the Indian economy trebled in size, its IT sector alone has earned the vast sum of almost $50 billion annually. Average incomes are projected to continue doubling every ten years. The number of cell phone users jumped from 3 million in 2000 to 100 million in 2005 to 929 million in 2012. In 2006, twenty-three Indians appeared on the Forbes list of the world’s billionaires; in 2014 that number had more than doubled to  fifty-five. Yet this is the same country where, even at the height of its boom, amid talk of space missions to Mars and a tripling of the defence budget to become one of the world’s top ten military spenders, India has also been home to one third of the world’s poor, with one quarter of its population – about 310 million – living in poverty. 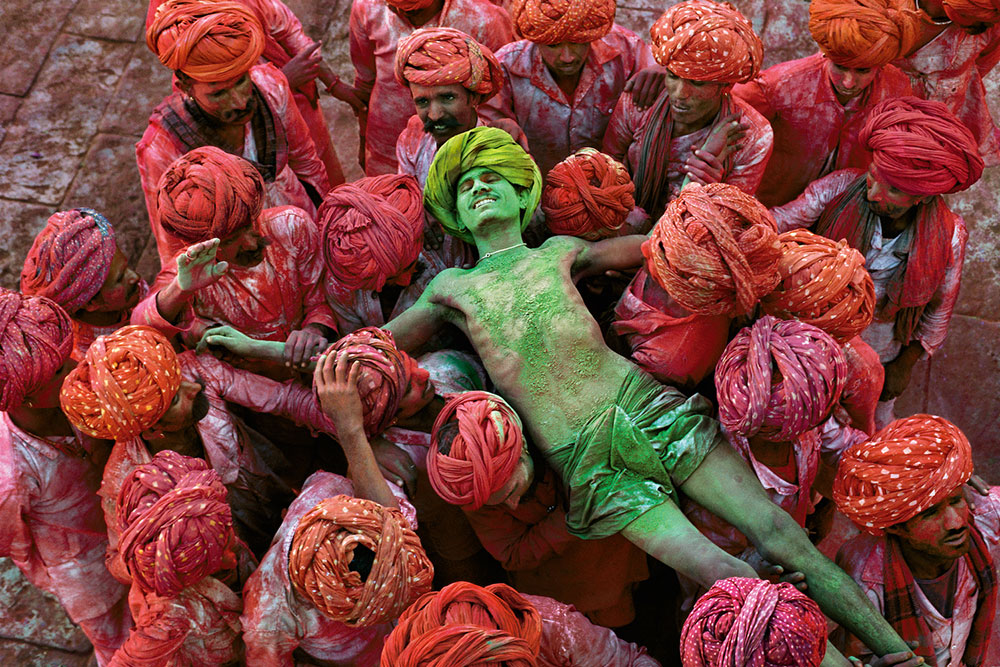 Seventy-two per cent of Indians live on less than $2 a day, and roughly thirty-five per cent on less than $1. India remains sixty-seventh out of eighty-one countries in the Global Hunger Index. Every year, India has the highest number of childhood deaths anywhere in the world: 1.7 million children under the age of five die annually from easily preventable illnesses such as diarrhoea. Steve McCurry never lets us forget this.

McCurry is also alive to another of India’s most paradoxical contradictions: that this graspingly materialistic country, the middle class of which is obsessed with brands and Bollywood and ostentatious extravagance in all its forms, is also one of the most spiritual countries on earth. For all the silliness and vulgarity that McCurry photographs in modern urban India, he never forgets that India is still a profoundly sacred land. It is, after all, a country with 2.5 million places of worship, but only 1.5 million schools and barely 75,000 hospitals. 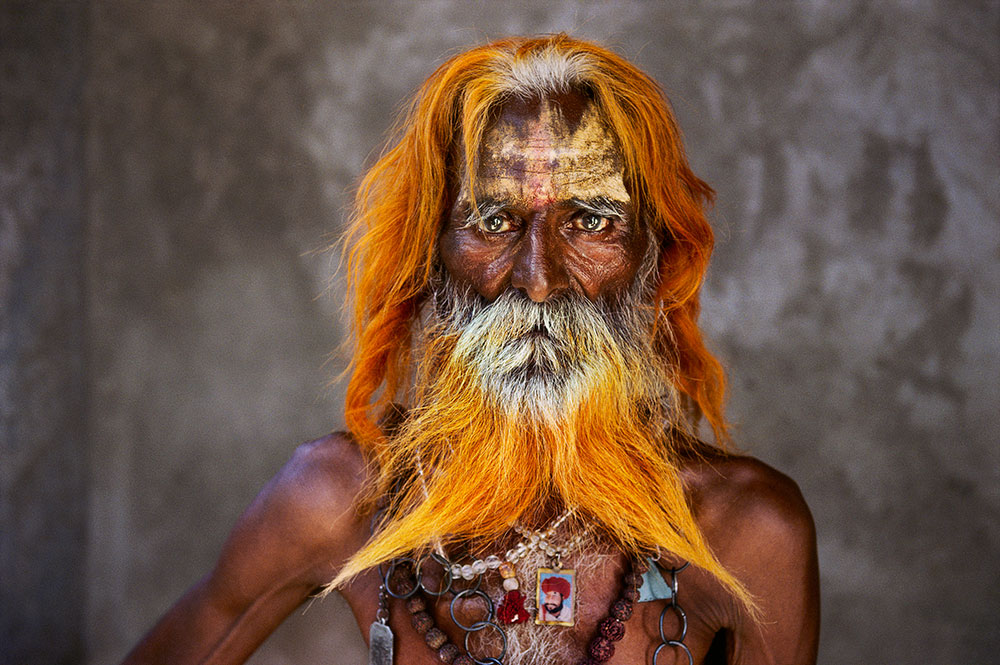 Pilgrimages account for more than half of all package tours, and the bigger pilgrimage sites vie with the Taj Mahal in popularity: 17.25 million trekked to the shrine of Vaishno Devi. McCurry has made many of these holy treks himself, and the rich tapestry of India’s different faiths is one of the enduring themes of his work. There are beautiful images of devotees immersing statues of Ganesh in the sea at Mumbai, or playing holi, the festival of colours, in Rajasthan, or visiting astrologers on the ghats of Varanasi.

As the great Harvard Indologist Diana Eck put it, “Considering its long history, India has had but a few hours of political and administrative unity. Its unity as a nation, however, has been  firmly constituted by the sacred geography it has held in common and revered: its mountains, forests, rivers, hilltop shrines.” 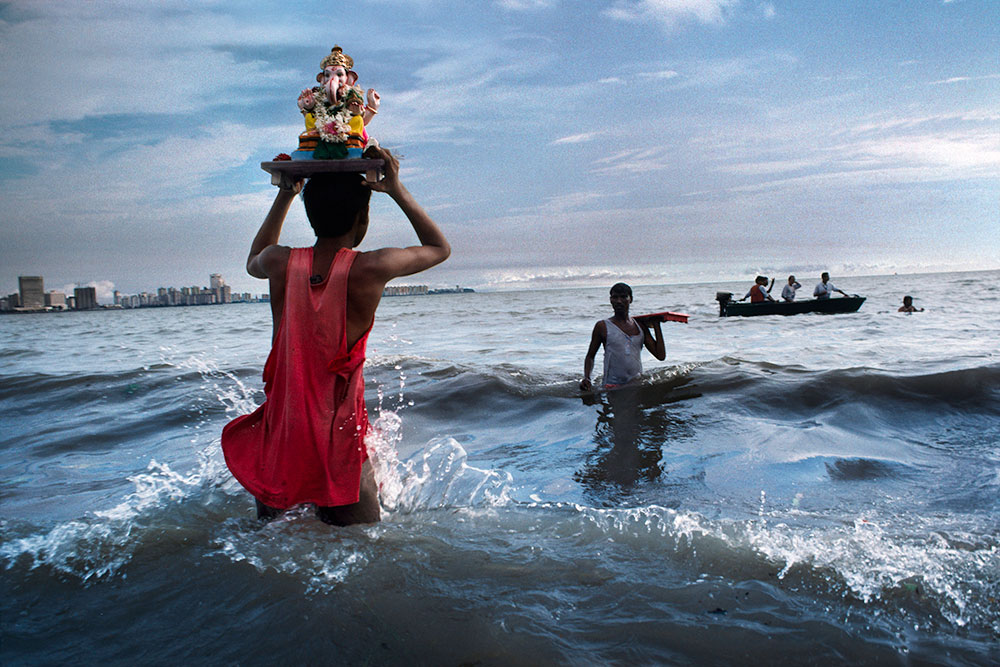 Devotee carries idol of Ganesh into the waters of the Arabian Sea during the immersion ritual off Chowpatty beach. Photograph: Steve McCurry