Become a Member
Ad
In January, when French director Nicolas Saada was working on Taj Mahal , a feature film about the terror attacks on the luxury hotel in Mumbai November 26, 2008, gunmen attacked the offices of the Charlie Hebdo magazine in Paris. On November 13, just a fortnight before the film is ready to be screened in France, there was another brutal attack on the French capital. In a scene that resonates beyond the events depicted in Taj Mahal , one of the characters is escorted to a waiting ambulance clad in a golden heat blanket – an image more familiar from Paris than Mumbai.

Saada's film, which was been screened at the International Film Festival of India underway in Goa, revisits the Mumbai nightmare by focussing on a teenager named Louise (Stacy Martin) and her parents (Louis-Do de Lencquesaing) and mother (Gina McKee). The father has been posted to a job in Mumbai, and the family is staying at the Taj Mahal until they can move into their apartment. They are upgraded from a regular room to a suite, which the father says is much too grand.

It is in these cavernous rooms that Louise cowers during the attacks, and the movie explores her predicament from the inside. The terrorists remain invisible, and are depicted as threatening shadows and voices and gunshots from beyond the door. Alba Rohrwacher, as a newly-wed tourist, is also a part of the lean cast.

Saada, a journalist turned filmmaker who has previously directed Spy(ies) in 2009, created a faithful version of the Taj Mahal at an abandoned hotel in Paris, and assigned veteran cinematographer Piyush Shah to shoot the exterior scenes in Mumbai, he told Scroll.in an email interview.

What was it about the November 28, 2008, attacks in Mumbai that led you, a French director, to believe that there was a movie here?
I never believed there could be a movie, in the sense that I did not see these tragic events as something I could use or exploit as a filmmaker. It’s only when I met a young woman who had been trapped inside the Taj that I felt there was space to just tell her story. And explore the context of her experience only through her eyes and her relationship with her parents. As a result, Taj Mahal is not meant to be a “thriller”, it is more about the inner journey of its main character and the interactions with the world around her.

I first heard of the attacks when they happened and was horrified by the violence and the scale of them.

Cinematic recreations of terrorist attacks usually tend to focus on the action, but Taj Mahal does not go down that route. Instead, we witness the tragedy through the eyes of Stacy Martin’s character and her parents. Much of this experience is aural.
I knew from the beginning that I did not want to make  a “docudrama” in the traditional sense of the term, with multiple points of view, confused editing and so on. The goal was to do justice to this story, and be as honest as possible in terms of the filmmaking involved. As a result I chose to stay as much as possible with her, without leaving the room. When we switch to the parents, I also wanted to stay close.

The attacks are only palpable through sound, and it was my intention already at script stage. It was a sort of ethical directorial approach to the story. We created the sounds and recorded them separately and then sent them to Stacy Martin so she could hear them on our soundstage through a concealed earpiece.

Sound tells as much as an image, if not more. This is why I decided to use it this way in the film.

You have said in previous interviews that you had trouble raising funds for the shoot. Once that fell into place, how did you go about recreating the Taj Mahal hotel in Paris?
It was not an easy task to finance the film, but we had backings from Canal Plus, France 3 and other investors such as our distributor Bac. The film is not designed for a market in particular, but I do hope there is still space for independent filmmaking of this kind. We just shot the facade of the hotel from the street, and then recreated the inside space on a soundstage in Epinay, near Paris, on the biggest lot available. The set was extremely impressive in scale and details. We also shot exteriors in Mumbai, in different locations. [Producers] Guneet Monga  and Achin Jain helped us with our shooting in Mumbai. Without Guneet’s support and help, we could not have made it.

What are the challenges of trying to revisit such a massive attack on a tight budget?
I was aware that the budget would be tight but since the film is very intimate, the important question was to make the intimate point of view engaging for an audience. We shot Taj Mahal in 34 days. Half of the shoot took place in Paris.

You used cinematographer Piyush Shah for the Mumbai portions. Was it his work with Mani Kaul that caught your eye?
I met Piyush in 1989, at the a film festival in Delhi. It was my first visit to India. I discovered the films of G Aravindan and of course, Mani Kaul. The film was called Siddeshwari. It’s a masterpiece, a work of pure beauty.

As soon as I started scouting in Mumbai, I looked for Piyush and managed to find him through his website. It was important for me to have Piyush film the streets and moods of Mumbai. I trust his eye, and also wanted the film to benefit from his art and his knowledge.

Taj Mahal has gained even greater relevance after the Paris attacks. Has it been released in France?
We open on December 2. The local press has been extremely supportive and even more since what happened in Paris on November 13. I realised that France and India are now connected sadly with the month of November. This film is meant to open minds, bring discussion and perhaps even relief and peace to those who survive the tragic events. 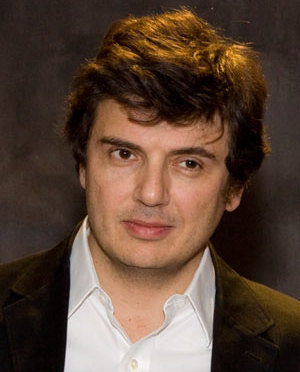 In Tamil film ‘Visaranai’, police corruption begins in the lock-up