Become a Member
Ad
A girl is married against her will to an older man who isn't not particularly good-looking. She runs back to her parents' home and falls in love with a handsome mercenary employed by her father. Several hundred verses later, they elope and might live happily ever after.

The skeleton of the story might seem similar to thousands of other romantic tales, but this is the story of Chanda and Lorik, the main characters of Chandayana, one of India's earliest Sufi love stories written in Hindi by a poet called Mulla Da'ud. Da’ud wrote in the time of Firozshah Tughlaq, between 1351 and 1388. He completed Chandayana in 1379.

Sixty-four folios of Chandayana are on display at the Chhatrapati Shivaji Maharaj Vastu Sangrahalaya in Mumbai in a show called Ek Tha Laurak Ek Thi Chand. This is the first of a series, called "Art Unseen", in which the museum will display some of its never-seen treasures to the public.

At the time, the story of Chanda and Lorik was an established part of folklore in east India, and was likely performed and sung from the Bengal delta to the forests of Chhattisgarh. Da’ud codified the story into verse and also modified it from a secular story to one with strong Sufi underpinnings. 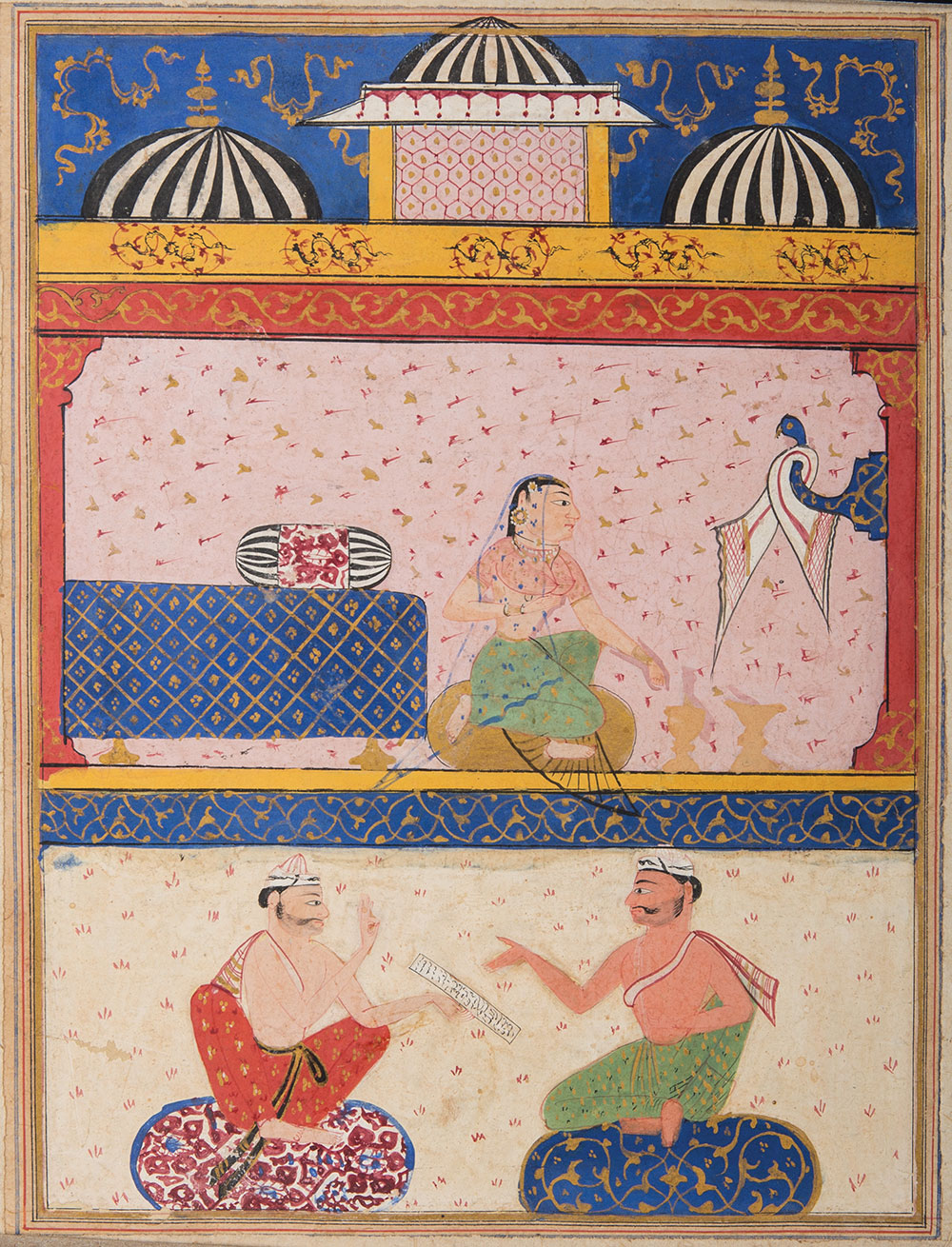 The story is elaborate. Chanda is the beautiful daughter of a landlord who is married off young to a one-eyed man described as impotent. On the advice of her mother-in-law, Chanda flees her husband’s house and returns to her parents’, where she is hidden away in a room to avoid social stigma.

While Chanda is still in her room, a local king hears of her beauty and decides to kidnap her. Chanda’s father turns to a mercenary of the Ahir tribe for help. This is Lorik, the man who will become Chanda’s great love. In due course, after tests posed by Chanda and wars against other kings who  are unable to resist the stories of Chanda’s beauty, Lorik leaves his wife Maina and elopes with Chanda. 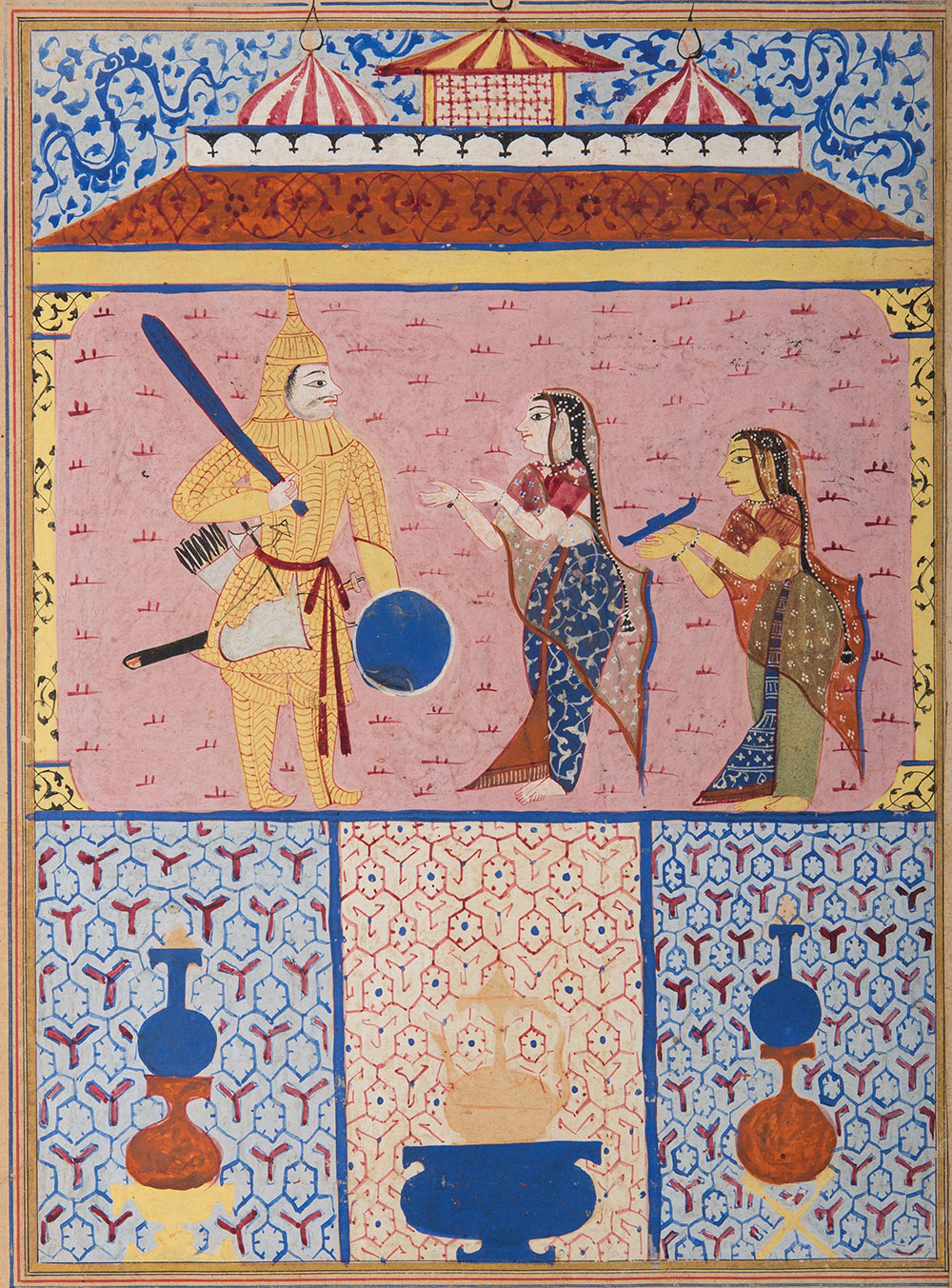 Da'ud's Chandayana is the first time a Sufi poet uses a description of 12 consecutive months to emphasise the passage of time. After Lorik abandons his wife Maina to elope with Chanda, Maina begins to pine for him. She describes her suffering from one Shravan to the next to a sympathetic Brahmin leader of a caravan of traders, in the hope that he will pass on her message to her estranged husband.

In one version of the story, the two wives eventually reconcile with each other and the three begin to live together. In another version, Lorik abandons Chanda as well and wanders for the rest of his life in search of truth.

Chandayana went on to inspire several sets of paintings, five of which are known to survive in fragments today. The 64 folios on display at the Chhatrapati Shivaji Maharaj Vastu Sangrahalaya are one of these five sets. They are in the Sultanate artistic style and were probably painted around the 16th century near Delhi and Jaunpur.

The paintings match the story’s intricate meanderings, as Chanda and Lorik go through various ordeals to first meet and then remain together. The story unfolds as much in text as in the paintings on the opposite page. 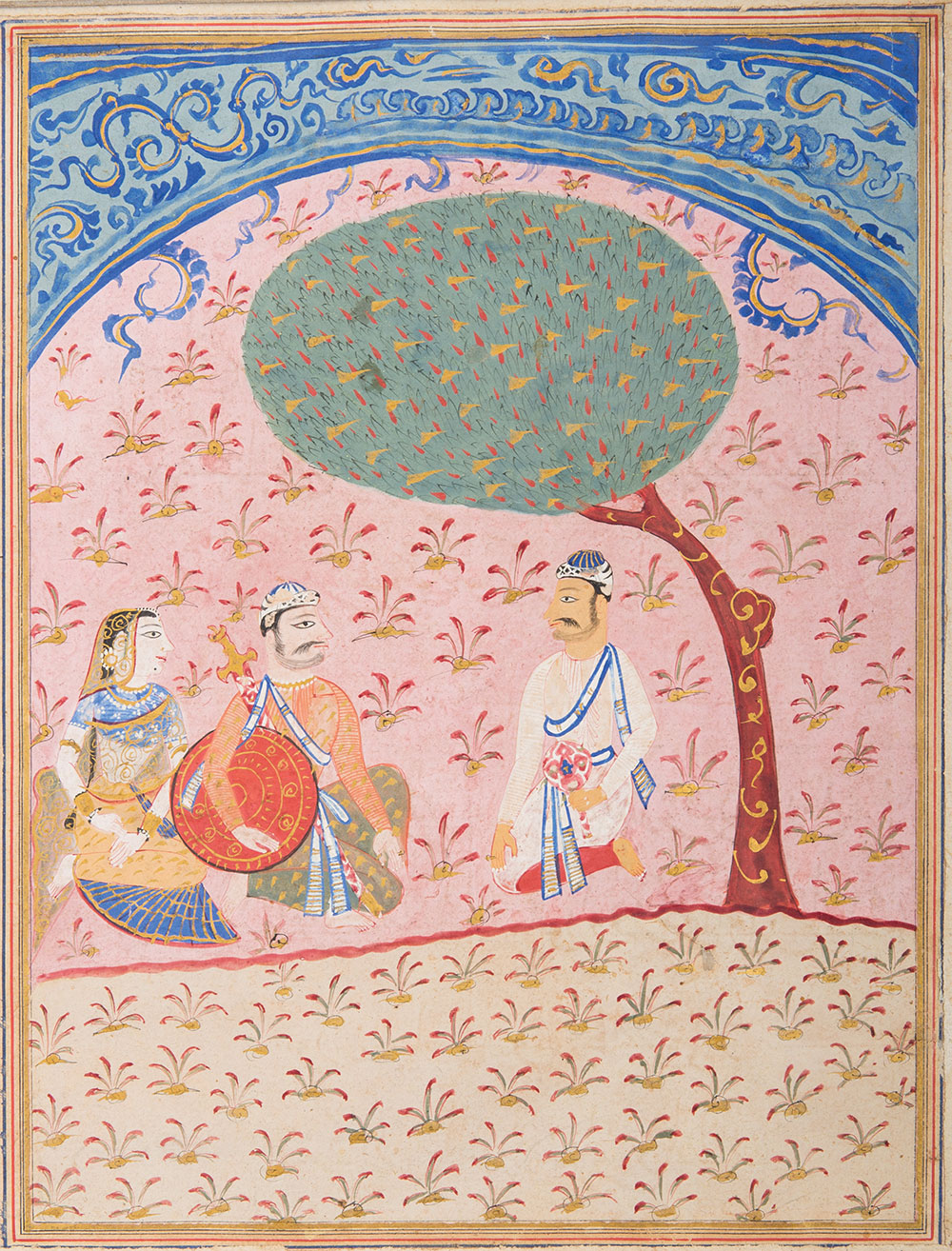 Although the script of Chandayana is Arabic, the language is Awadhi. Chandayana was one of the first significant Sufi poetries of love written in this language and tradition.

Here are some other images from the museum's collection. 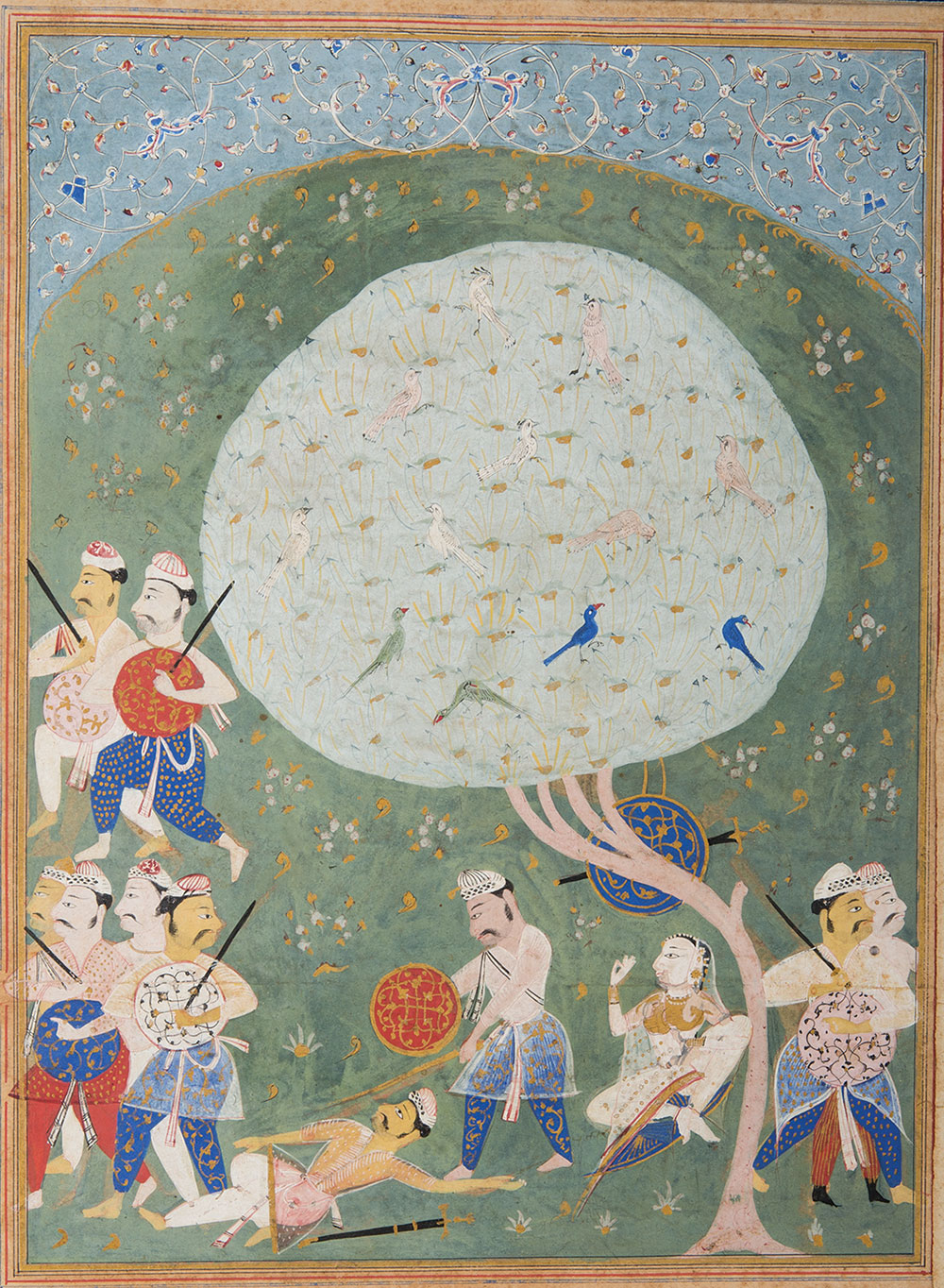 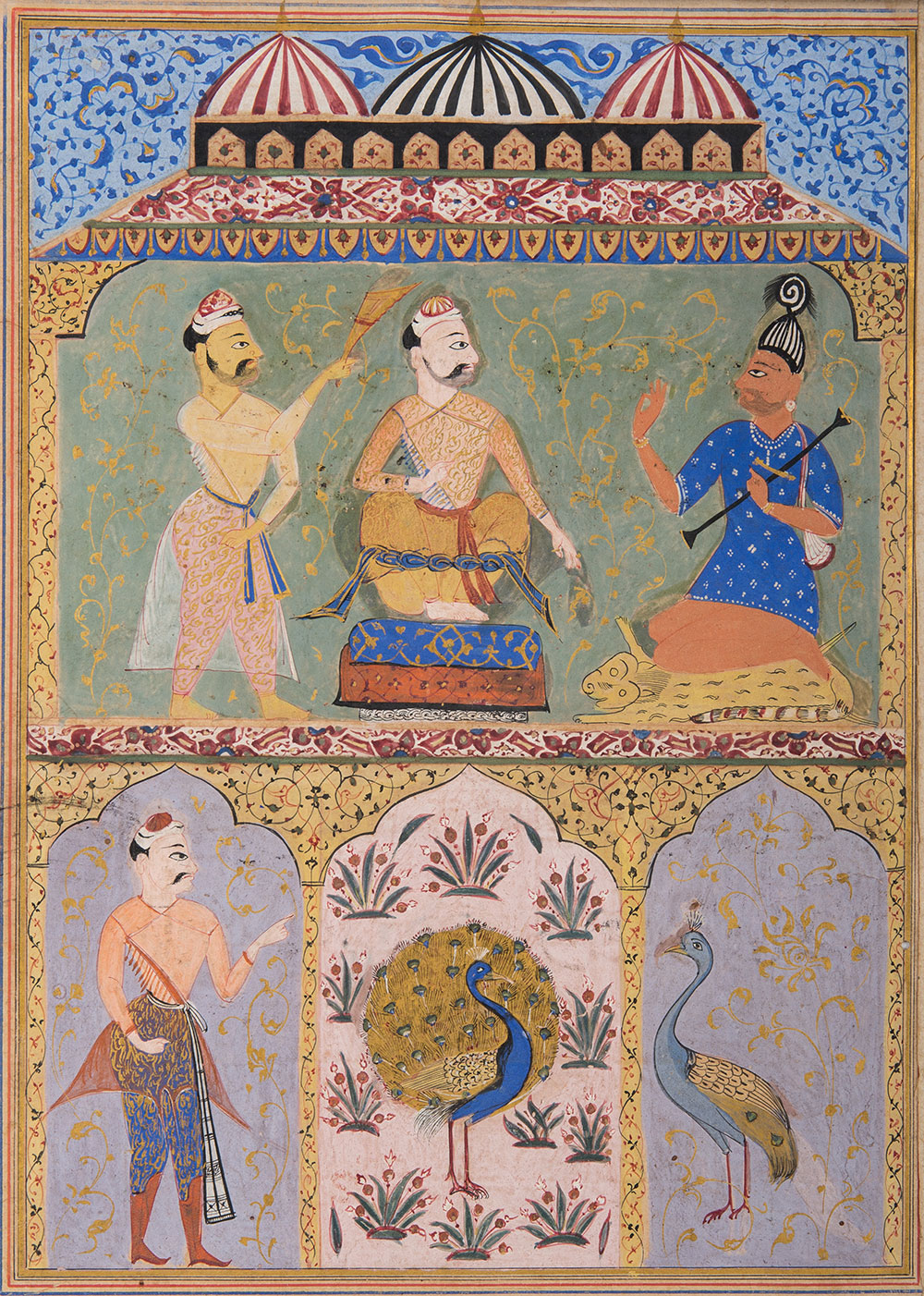 All images are courtesy of Chhatrapati Shivaji Maharaj Vastu Sangrahalaya.

Ek Tha Laurak, Ek Thi Chand is on display till December 31 at the Curators Gallery on the first floor of the east wing of the Chhatrapati Shivaji Maharaj Vastu Sangrahalaya in Mumbai.

Glimpses from the rare ‘Menak Amir Hamza’, the Javanese version of the epic on the Prophet’s uncle