Contribute Now
Ad
On Wednesday, the police lathi-charged  hundreds of students and activists marching to the Parliament to protest against the government’s reported plans to cut non-NET fellowships and research funding offered by the University Grants Commission.

More than 700 people – from Delhi and around the country – had assembled in the capital in support of those agitating outside the UGC office for the last 45 days. Around 2pm, as they began walking towards the Parliament, they allege they were stopped en route by the police, lathi-charged and dispersed with water cannons and teargas shells. When they refused to move too far away, the police detained many.

Students from Jawaharlal Nehru University, Delhi University, Allahabad University and Aligarh Muslim University were among those held in custody till late Wednesday night at the Parliament Street Police Station. They claim they were manhandled by the police, and many were injured and sent to hospital for first-aid. While the police say about 150 students were detained, the protesters maintain the number was much higher.

“All our pleadings for a peaceful march fell on deaf ears as the police were hell-bent to stop and attack us,” said Sucheta De, national president of the All India Students’ Association, one of the spearheads of the protest. “Students have gathered from all across the country but we are not aware who all are injured. Seven hundred participated but around 300 are detained, we don’t know where the rest are.”

The Wednesday protest was a part of the Occupy UGC movement, which started in Delhi as an act of resistance against a plan of the Ministry of Human Resources Development to restructure so-called non-NET fellowships availed by thousands of students across many central universities. The campaign has now spread across India and widened in its aims – demonstrators want fellowship stipends indexed to inflation and an end to further funding cuts to research institutions and projects.

The national convention called by the participating organisations and activists on Wednesday sought to protest against the upcoming World Trade Organisation’s ministerial summit in Nairobi, Kenya, where the Indian government is expected to participate in negotiations on opening up the education sector to foreign players, a move that has angered a majority of academics across India.

“This sell-out at WTO will severely compromise India’s sovereignty and curtail access, equity and social justice in higher education,” De said. “It is obvious the Union government’s 8% fund cut in higher education budget [in 2015-‘16], fund cuts in CSIR [Council of Scientific and Industrial Research], and the latest move to restrict research fellowships are preparations to comply with the WTO conditions.”

Those present at the protest allege it was the police which attacked the demonstrators without provocation. “The protesters are continuously attacked and displaced from their camping site outside the UGC office by the Delhi Police just because we are choosing to speak up against the government,” said a protester detained last evening. “Our protest is peaceful and our movement is inclusive but we are beaten up just because we are raising our voice.”

The police, on their part, say they were forced to act when students pelted stones at them. “Students started pelting stones at police deployed there, following which we had use water cannons and tear gas shells,” a senior police official was quoted as saying by PTI.

Deputy Commissioner Jatin Narwal too blamed the protesters. “The force was used to stop them from marching towards Parliament,” he was quoted as saying by the Indian Express. “The scheduled path was ITO via Barakhamba Road to Jantar Mantar. But as the protesters reached Mandi House, they started running towards Firoze Shah Road. We tried to stop them at the Le Meridien roundabout, where they turned violent and attacked police officials.”

Here are a few pictures from Wednesday shared by the protesters: 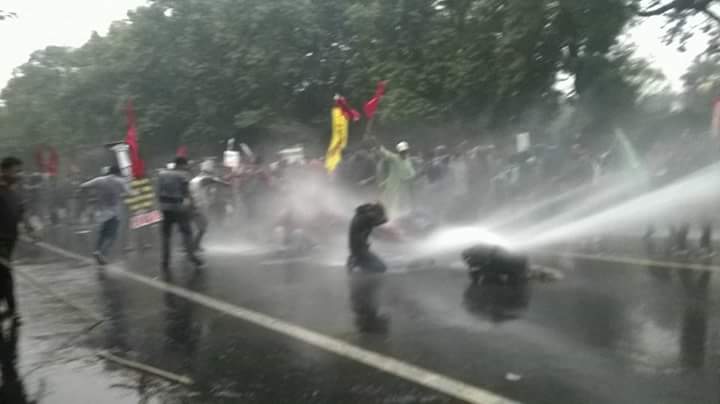 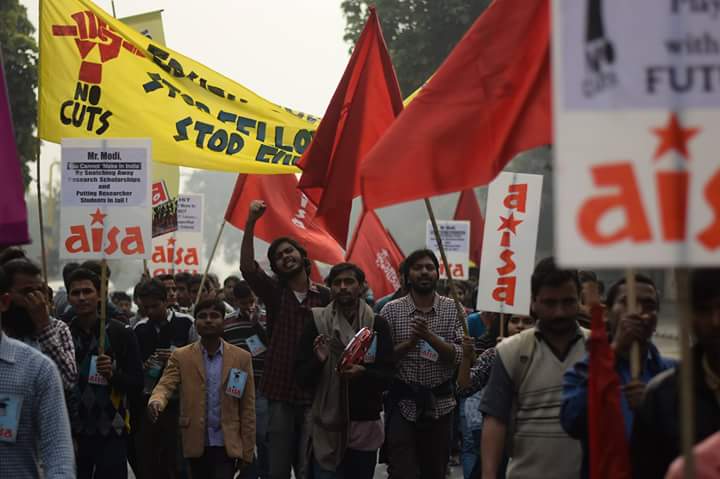 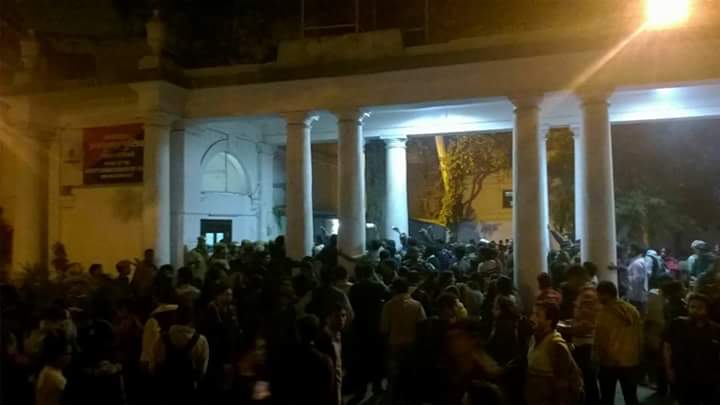 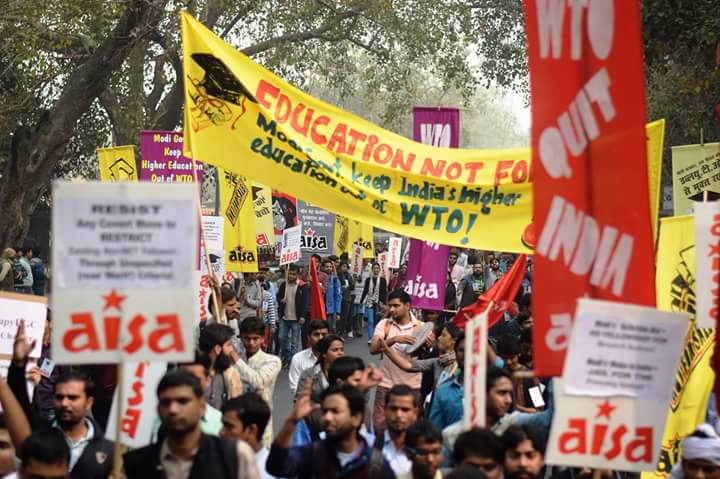 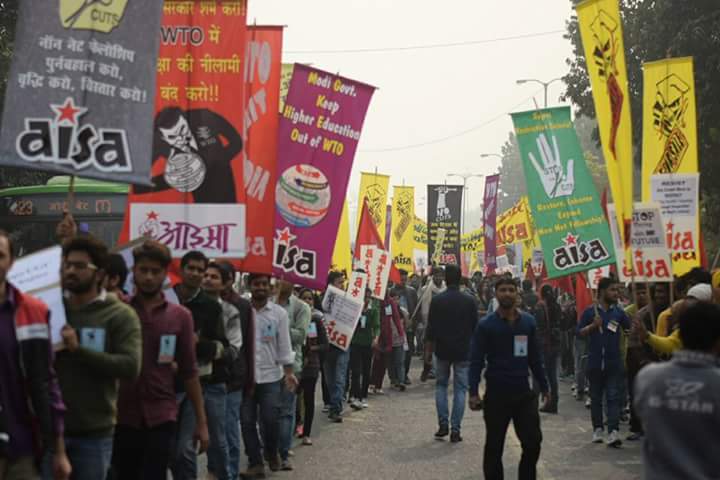 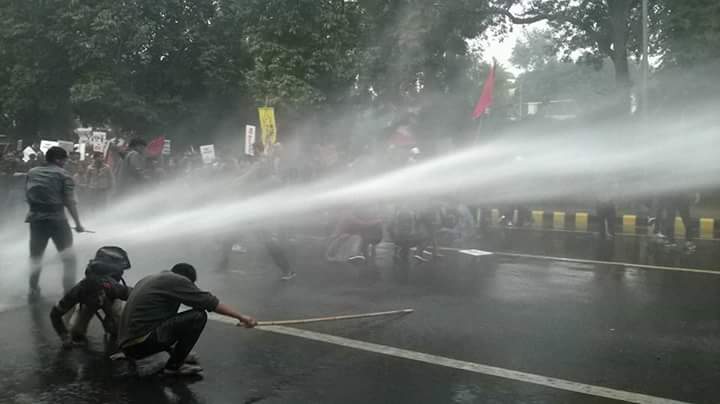 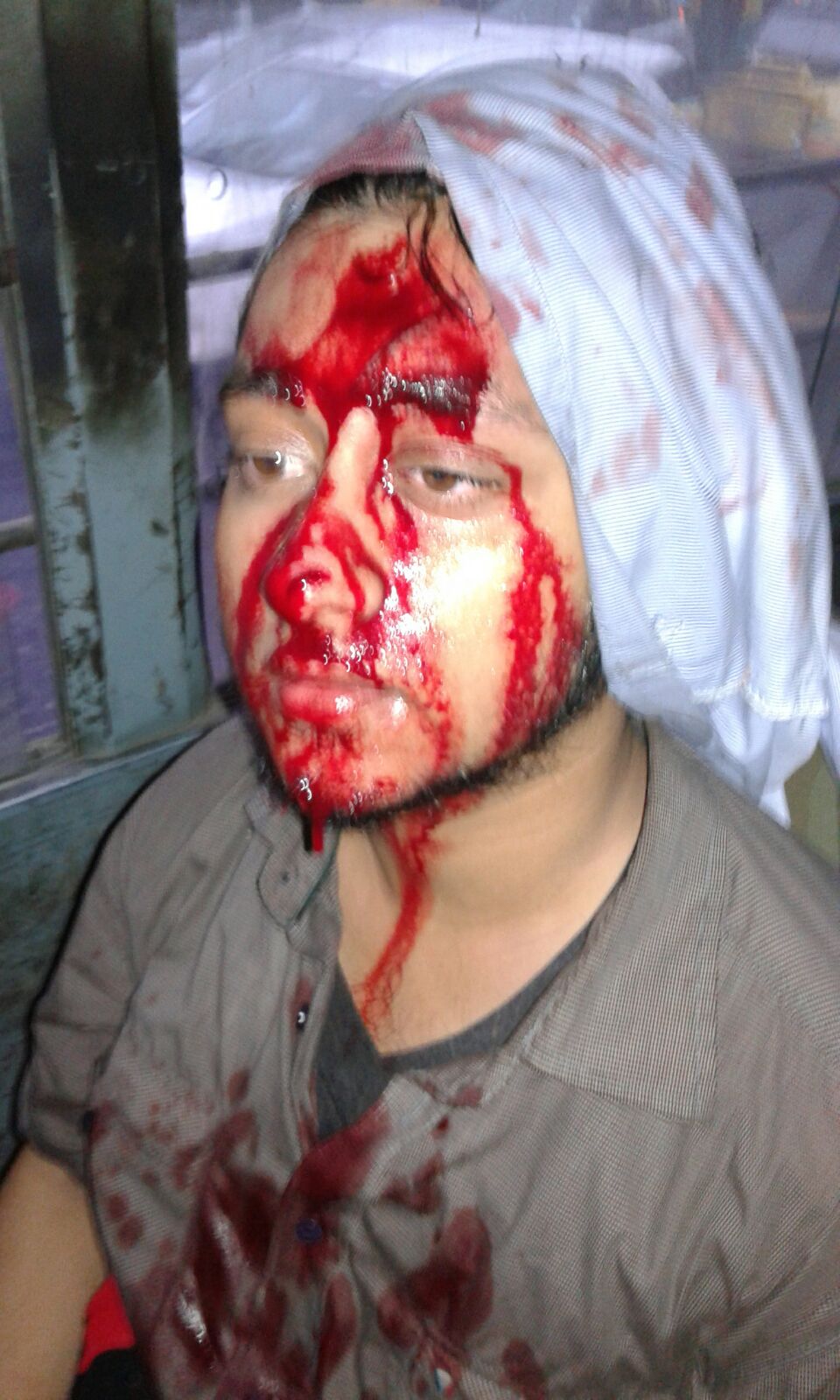