Contribute Now
Ad
Ration shops in villages near Jaipur have a new look: They sport large orange signboards with the brand name Annapurna. The makeover extends to the wares – instead of the sacks of grain and dusty weighing scales that was the norm, these shops now display biscuits, ketchup, toilet cleaners, erasers, cow ghee and a host of other products.

The change stems from an agreement the Rajasthan government signed in August with Kishore Biyani's Future Group, known for the retail brands Big Bazaar and others, to launch the Annapurna Bhandar Yojana and give state ration shops a facelift.

Ration shops, or public distribution system outlets, that had stocked only subsidised foodgrains, sugar and kerosene thus far would now function as full-fledged retail stores. Future Consumer Enterprise Limited, a Future Group company, would supply branded processed foodstuffs, homecare and hygiene products, which the shops would offer at prices cheaper than the market. These products would be accessible not just to the over four crore ration beneficiaries in the state, but to anyone who wished to buy from these outlets.

Profits on these items would be divided 60-40 between retailer and consumer – that is, if Future Group provided the retailer with an item with a maximum retail price of Rs 10 at the rate of Rs 9, the retailer could sell it at Rs 9.40, passing on 60 paise to the consumer while earning 40 paisa from the sale.

On paper, it was a win-win situation: The consumer would get a wide array of products at discount, while the retail giant Future Group would tap into a large, hitherto unexploited rural market using the fair price shop infrastructure already set up by the government.

On August 20, the Rajasthan government announced that these diversified products would be available at 5,000 of Rajasthan's 25,000 ration shops. Four months later, the scheme has reached just 60 fair price shops, in Jaipur and two other adjoining districts.

In villages, some consumers appreciated the quality of the branded products. In Bhojpura panchayat in Phagi, 50 km from Jaipur, Madhu Natani was buying soap and detergent from the Annapurna Bhandar that opened three months back. “The dal from this shop is better,” she said, pointing to packets of pulses bearing Future Group’s Golden Harvest brand. “I don't have to clean it multiple times before cooking.” 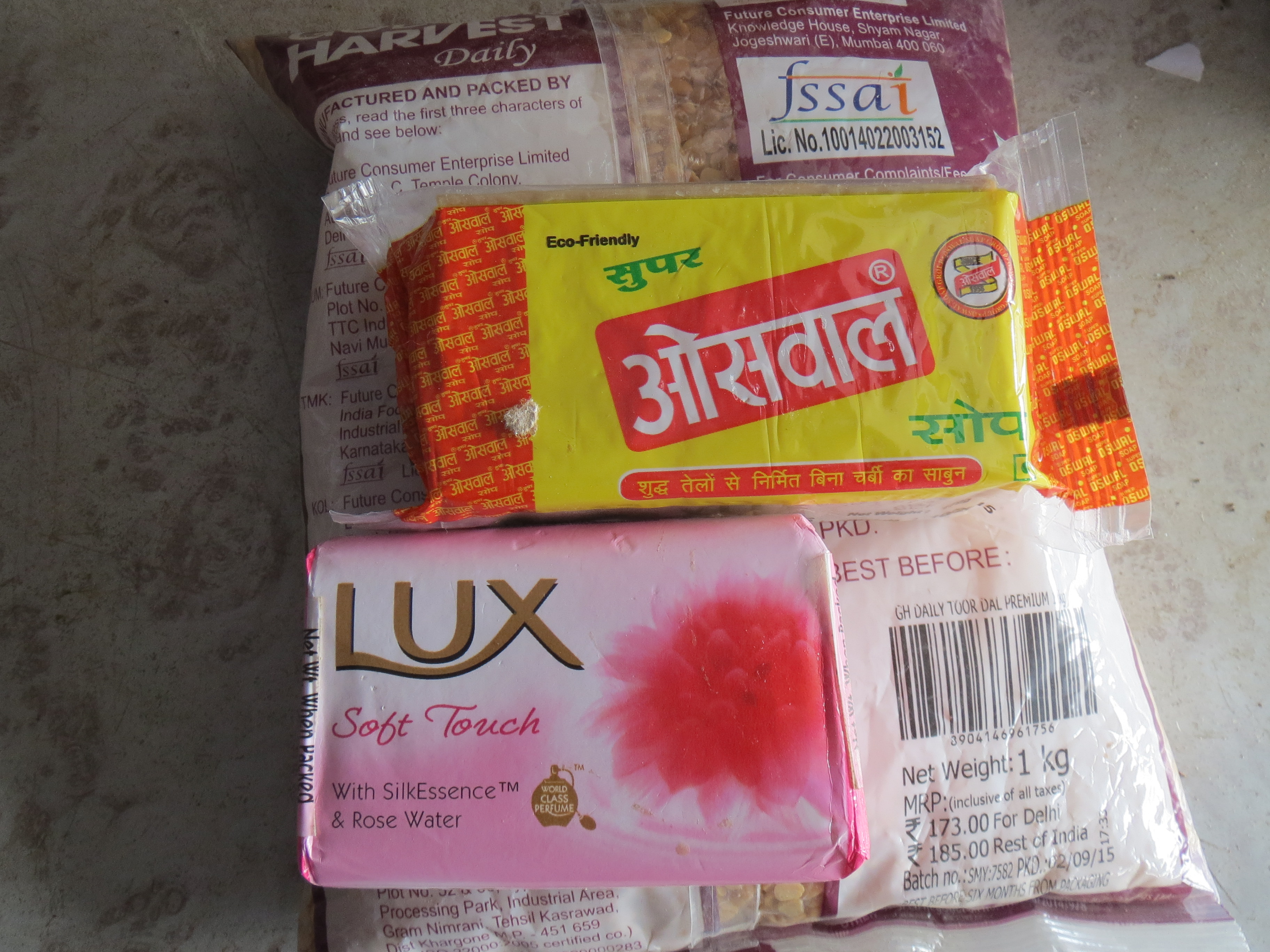 Ramesh Sharma, brother of ration shop dealer Ganesh Sharma, who was managing the shop that day, said soap – both the local brand Oswal as well as Lux – were most in demand, and that Annapurna was able to provide soaps and shampoos in small sachets at competitive prices.

However, ration shop dealers have found that only a few customers were willing to buy packaged food products. “The packaged, better-quality jaggery we sell is priced at Rs 35 per kg, but the regular unpackaged variety costs only Rs 28 in the Phagi market,” said Sharma. “We sell the Sampoorna brand packaged atta for Rs 24 a kilo, but loose flour is available at Rs 20 a kilo. Sampoorna flour is roasted and thus better, but the customers here are not willing, or able, to pay more for the quality.”

The village grocery stores, which in theory should have taken a hit with the arrival of branded goods, seem unaffected.

Sanjay Hadiwal, who has been running a grocery store in Bhojpura village for six years now, said the entry of the large retailer had no effect on sales at his shop or others in the area. He points out that he stocks the same soap and shampoo brands as Annapurna Bhandar – he buys in bulk from the market at Phagi, and sells at comparable rates.

Where the local grocer scores is in the food category. Customers at the Annapurna Bhandar in Maindvas, a village 20 km from Bhojpura, pointed to the difference in prices of packaged foods versus unbranded local varieties. “Jaggery, pohe, kheel, rice – all these are more expensive in Annapurna Bhandar than other places in the market,” said Mukesh Dobar, a young farmer.

The local grocer has another strength: his business is built on relationships and he is willing to extend credit to the locals, which Annapurna cannot do. Thus, while the Maindvas Annapurna sells around Rs 500 worth of goods in a day, the local grocers turn over Rs 2,000 worth of stock.

Besides, in a drought year with no rains in the area since August, most rural families had cut back on consumption of non-essential and expensive items. “We will have to send these 5 kilo packs of rice back, since no one here can afford to buy in large quantities," said Sita Ram, assistant to the Maindvas ration shop dealer. "Or take these chocolates, these cost Rs 40 apiece. Yahan kashtkaar aadmi hain. Most villagers here are small farmers. How will they afford such costly sweets for their children?”

Annapurna Bhandar shops have thus far not been able to attract a sizeable base of consumers willing to pay more for better quality foodstuffs, or to offer personal care products, etc. at rates significantly lower than in the local market.

Subodh Agarwal, principal secretary, food and civil supplies, said rural sales will stabilise as villagers get used to the better quality of both food and personal and home products.

“Right now, villagers are still buying adulterated foodstuffs from local markets because of lower prices,” Agarwal said, “But this will change over time, and they too will develop a preference for the better quality packaged foodstuffs, and even for relatively costly, common products, like chocolates.”

Manish Parikh, Business Head (Rajasthan) of Future Group, said the terms his company offered to retailers in the Annapurna scheme were certainly attractive – 13%-14% margins, well above market average. Thus, if the maximum retail price of a product is Rs 100, Future Group provides it to the retailer at Rs 87. The retailer can maintain the 60-40 profit-sharing ratio by selling at Rs 92.20, allowing the consumer to get the product at Rs 7.80 cheaper than the maximum retail price while the retailer earns Rs 5.20 from the sale.

The problem, he said, was that many ration dealers were uninterested because of conflict with their own interests. “In an internal survey, we found that many ration dealers already had retail shops of their own, while some others were property dealers,” Parikh said. “The government wanted them to sign up for this scheme, so they did – but they are not interested in running the shops well.”

Further, while the agreement with the government allowed ration dealers to get products from the company on 10-day credit, Parikh said many dealers did not repay on time citing poor sales. For instance, a dealer in Ambavadi, Jaipur, already owed the company Rs 2.5 lakh for business done in the last three months.

In August, a study by Right to Food campaign activists of six pilot Annapurna shops opened in Rajasthan had also found a wide variation in the shops' sales and profits. Of the five shops where similar stocks were supplied by Future Group for a year before the scheme's launch, a ration shop in Jaipur's Civil Lines sold consumer goods worth Rs 2.1 lakh in less than a year, while other shops sold goods worth only Rs 60,000 to Rs 43,000, less than half.

To add to the problems, the Future Group faced logistical difficulties in expanding in villages. Rural road connectivity was poor, Parikh pointed out, and transporters were reluctant to take heavily loaded trucks down the bad village roads, away from the main highways.

While the state officials and Future Group staff remain optimistic, the Annapurna Bhandar, launched with much fanfare earlier this year, is still to carve a niche in complex and changing rural markets. 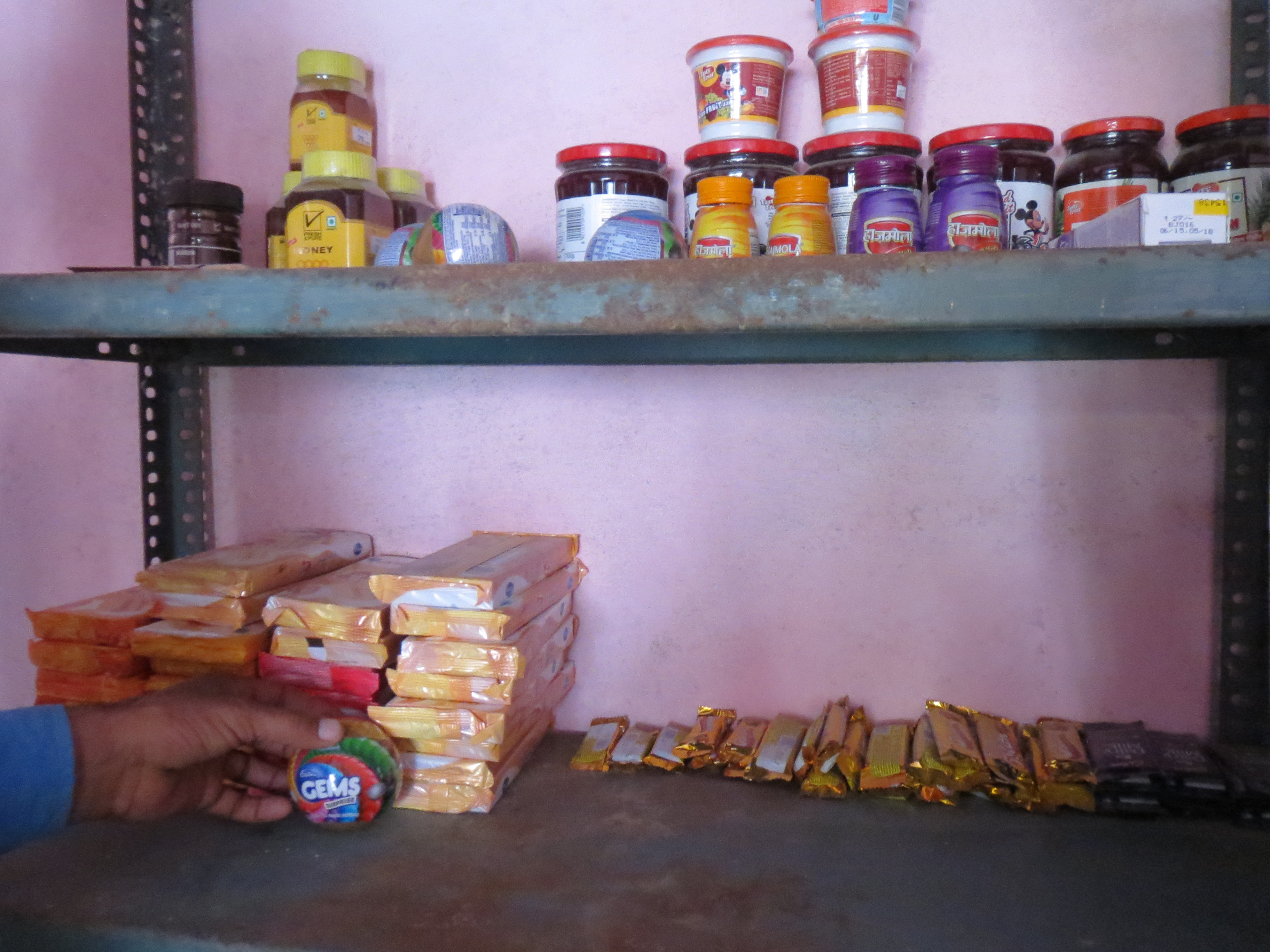