Become a Member
Ad
“What is queer?” Priya Gangwani, editor-in-chief of the Gaysi Zine, asks me. “Is it same-sex relationships? Is it not wanting to get married? Is it preference for sex outside of the straitjacket of Section 377?”

This is one of the questions that Gaysi has been trying to address since its earliest days as a blog, launched in 2008. “At the time, our focus was to provide a very strong platform for queer voices,” Gangwani says. In 2012, Gaysi’s founder Sakshi Juneja and Gangwani realised that they wanted to do more with the entries on the Gaysi blog. “We were sitting on a huge amount of content, among them some stories so powerful that we wanted to do something special with them.”

At a time that more and more publications were moving from the print to the digital medium, the team behind Gaysi picked what they considered the best stories off their blog, put them in a small booklet they’d designed, and printed two hundred or so copies. They sent these copies off to queer collectives in a few Indian cities, including New Delhi and Bangalore.

Says Gangwani: “We started getting calls from people in Dhaka, Assam, Dubai who had seen the booklet and wanted to know where they could get more copies. We were really surprised that it had managed to reach these places, but this also told us that there was a need for print.”

Since 2013, the Gaysi Zine has been self-published once a year. For this year’s issue, the team decided to publish an anthology of queer narratives, the first of its kind in India. “We have hosted open mic events in Mumbai to erase the ‘us’ versus ‘them’ binary between straight and queer-identified people. We did this because we wanted to create a common ground,” says Gangwani.

And so to queer stories

The intent of this anthology is somewhat similar: to tell queer stories to everyone, no matter how they identify. “We at Gaysi honestly believe that there isn’t anyone you cannot learn to love once you’ve heard their story,” says Gangwani in her introductory note to the anthology.

The contents of the anthology are diverse: they include ephemera such as Gaysi posters printed for specific events over the years, single-page illustrations, a colouring page, and longer stories exploring a variety of themes.

The political core of the anthology, freedom and rights for LGBTQ people, is reflected in both its cover images. The outer one, conceptualised by Sreejita Biswas and created by artist Ojoswi Sur, shows a gender variant person sitting on a toilet, resting their face on their chin. The inner cover, by Prashant Miranda, shows six people holding hands or embracing below a rainbow.

A number of entries speak to current political realities in India, including a Gaysi poster made around the 2014 General Elections, showcasing a Modi-like silhouette and targetting the BJP’s silence on Section 377 at the time, and Maitri Dore’s timeline of LGBT events in Indian history.

Many other entries approach this politics through intensely personal stories, such as Laxmi, by Studio Kokaachi and Sandhya Prabhat, which tells the story of a transgender woman who works in a call centre, an ambiguous space which is the source of both fear and acceptance. 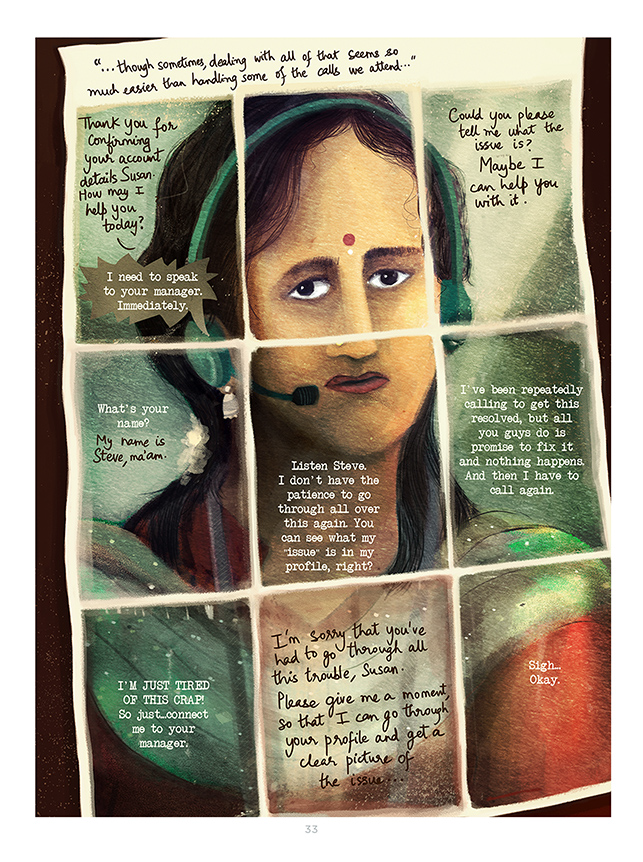 In bites, Karan Vohra explores the parallels between religious discrimination and the rejection of queer people. In Who are the heroes?, Debasmita Das demonstrates the empowering impact of queer political culture, including pride marches.

Some entries tackle sexism and explore the parallels between feminist and queer politics, such as Sexist Things People Say, by Anushka Jhadav. Among them is Going The Solo Route, by Soumya Menon, in which she tackles being attacked for the choices she makes: including being single, going freelance, and commuting, eating out, and travelling solo. 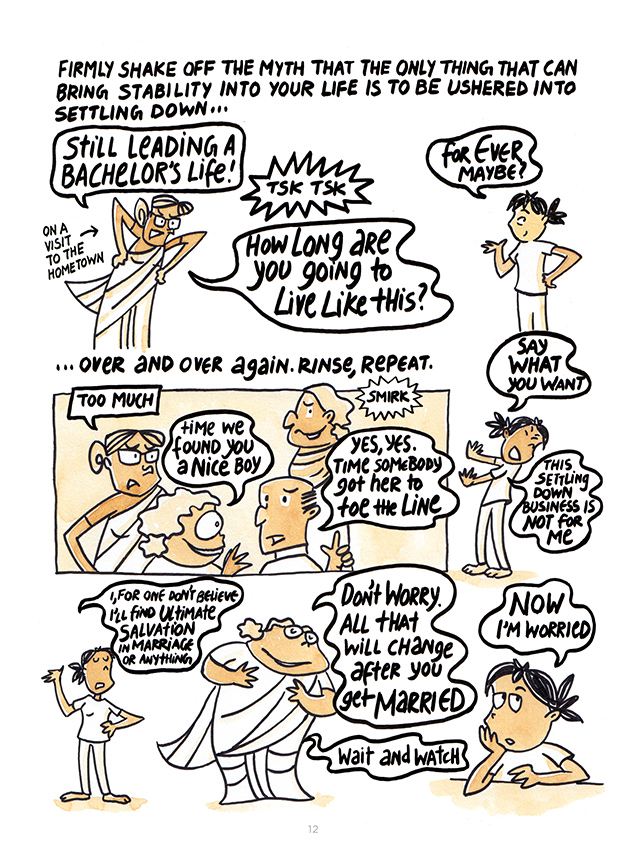 Two stories explore the queer possibilities of mythology: IlaSudyumna by Nandini and Upasana, which tells the story of the eponymous character, who is both man and woman, and Kamakhya, by writer and painter Amruta Patil, which depicts Kamakhya as a queer goddess, “all desires embodied”, who “manifests as a vulval cleft in a rock.”

Whether they are serious or humorous, fictional or true, these stories seem to reflect one possible answer to the question, “What is queer?” – that which flies in the face of the normative. The anthology is consistently visually stunning, and provides a glimpse into the tremendous possibilities of queerness. 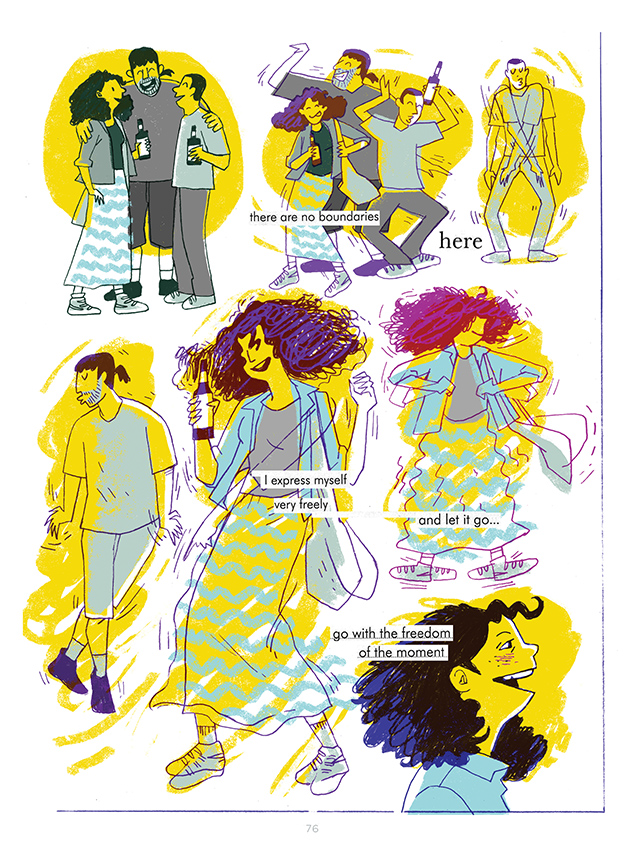 ‘After Sappho’ reimagines the lives of queer artists and activists, from Sappho to Virginia Woolf