Become a Member
Ad
Earlier this year, a blog called Girls at Dhabas began to post pictures of women in Pakistan hanging out at roadside eateries that are traditionally seen as quintessentially male dominated spaces. In an attempt to reclaimg public spaces for themselves, the women in the images could be seen eating, reading, smoking or just having a day out in the sun, without a male companion,

The blog was a brainchild, among others, of Sadia Khatri, a journalist in Karachi. Khatri came up with the idea after chancing upon a book, Why Loiter?, by a group of women from India. After discovering how the book had encouraged women in Indian cities to hang out aimlessly, the journalist decided to collaborate with Indian organisers and bring the movement to Pakistan.

“When we learned about Why Loiter? , we started scheming collaborations,” Khatri said.  “It would also be easier to make our case to the world, it seemed, since now we could say: 'Look, here are these women, they’re talking about the exact stuff we’re talking about, and they’re loitering!' It became obvious that when India ran the #whyloiter campaign, we’d do the same.”

Khatri’s efforts led to the annual #whyloiter events that took place in several Indian cities between December 16-31 being extended to Karachi, Islamabad and Lahore  in neighbouring Pakistan. Last week, a loitering Sunday event was organised across several Pakistani cities where women came out of their homes and in a show of liberation, occupied public spaces and just spent time hanging out without hurry or anxiety.

“Pakistan’s public space is hell for women,” Khatri said. “It isn’t that there aren’t women on the streets – even then, the ratio is close to 25 men for each woman – it’s about how women occupy the streets and public space. For one, you will hardly see a woman alone, and if you do, she will either be rushing somewhere or waiting for someone.”

In addition to the regular loitering events where women are encouraged to roam everywhere from the shopping malls to public parks, Khatri is intent on collaborating with #whyloiter more deeply and has initiated a series of Twitter chats to discuss how the initiative can be taken to remote interiors as well. Hashtags are proving a useful way for women to chronicle their adventures and for the uninitiated, Khatri says, they prove to be an inspiration to break away from the vicariousness of the social media.

“Even with #whyloiter and #girlsatdhabas – the hashtag becomes an extension of the physical act of sitting at a dhaba, and it becomes a way to assert our presence on online space,” she said. “We need more spaces for fun and lighthearted community gatherings. Often these spaces have potential to be the most radical – politically speaking – because of the conversations and interactions that take place within the space. Think of everything people discuss over a cup of chai at a dhaba, for example, without the usual filters and cautions.”

Even as this interesting collaboration of the two communities from either sides of the border brews conversation and interest among the slightly more empowered women, the 10-member strong team behind Girls at Dhabas realises that it won’t be easy to sustain the movement just over social media and is brainstorming on how to make it an assertion of values and rights such as free movement and safety.

“We live in a society where women seeking pleasure in public is considered to be disrespectful or deviant,” Khatri said. “So doing something ordinary like having chai at a dhaba, or claiming fun in a public space, becomes a way to challenge this norm of femininity.  It becomes a way of asserting our right over public space, and confronting our fear of public space.”

Here are a few pictures Khatri shared from the #whyloiter events held across Pakistan. 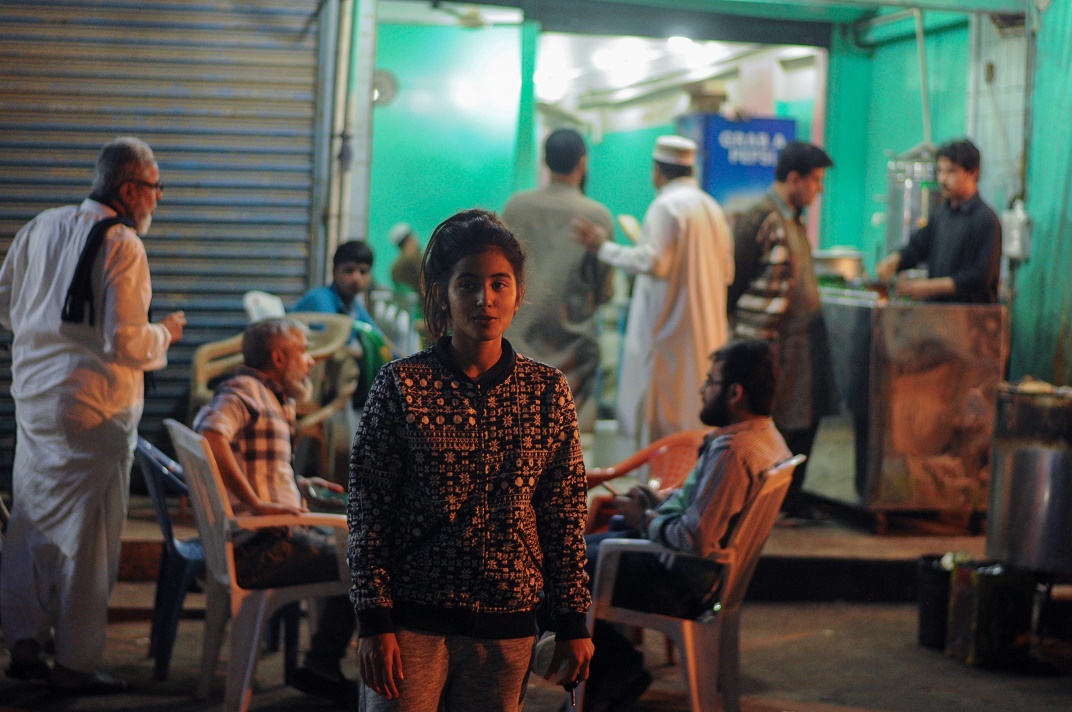 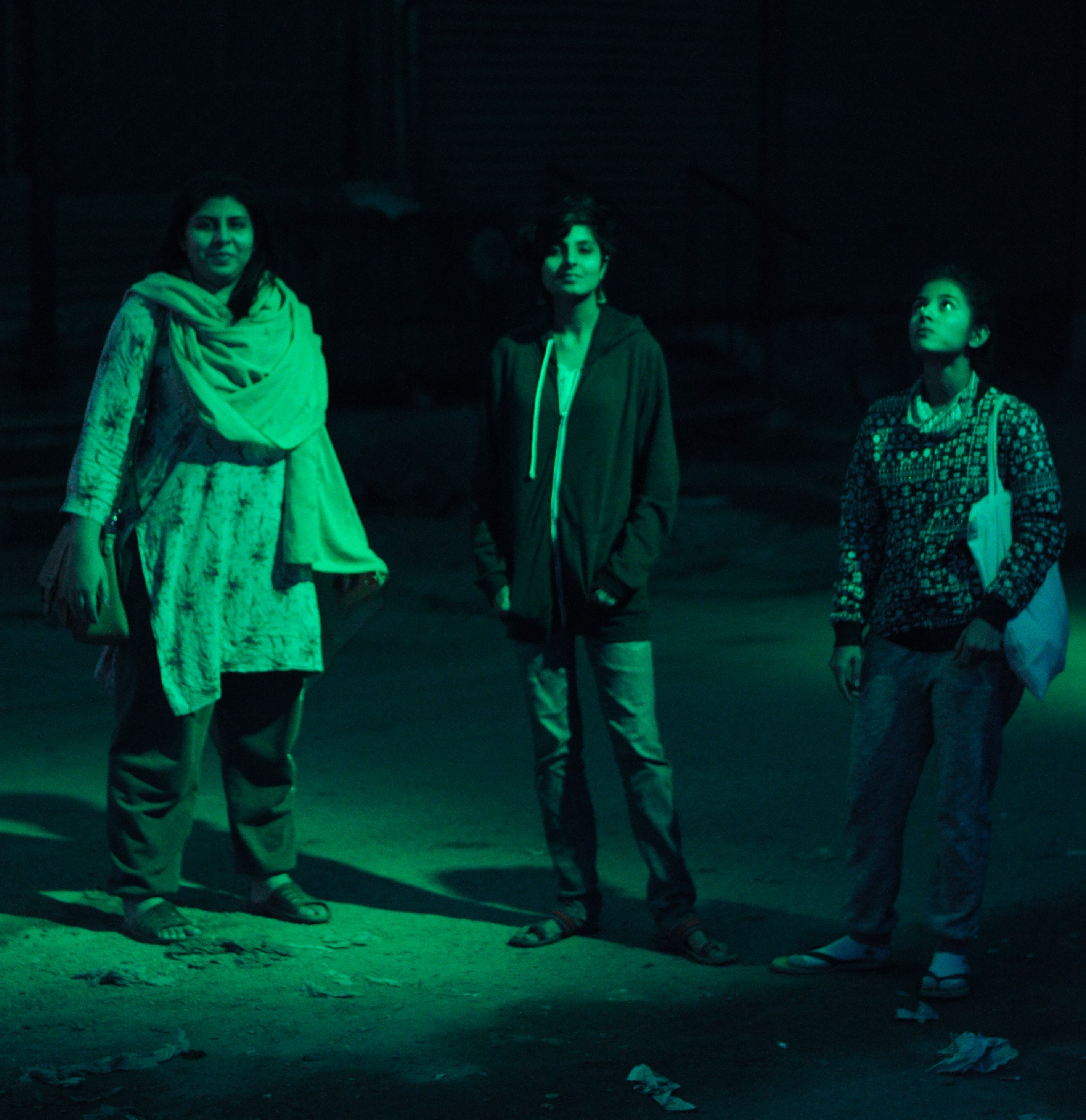 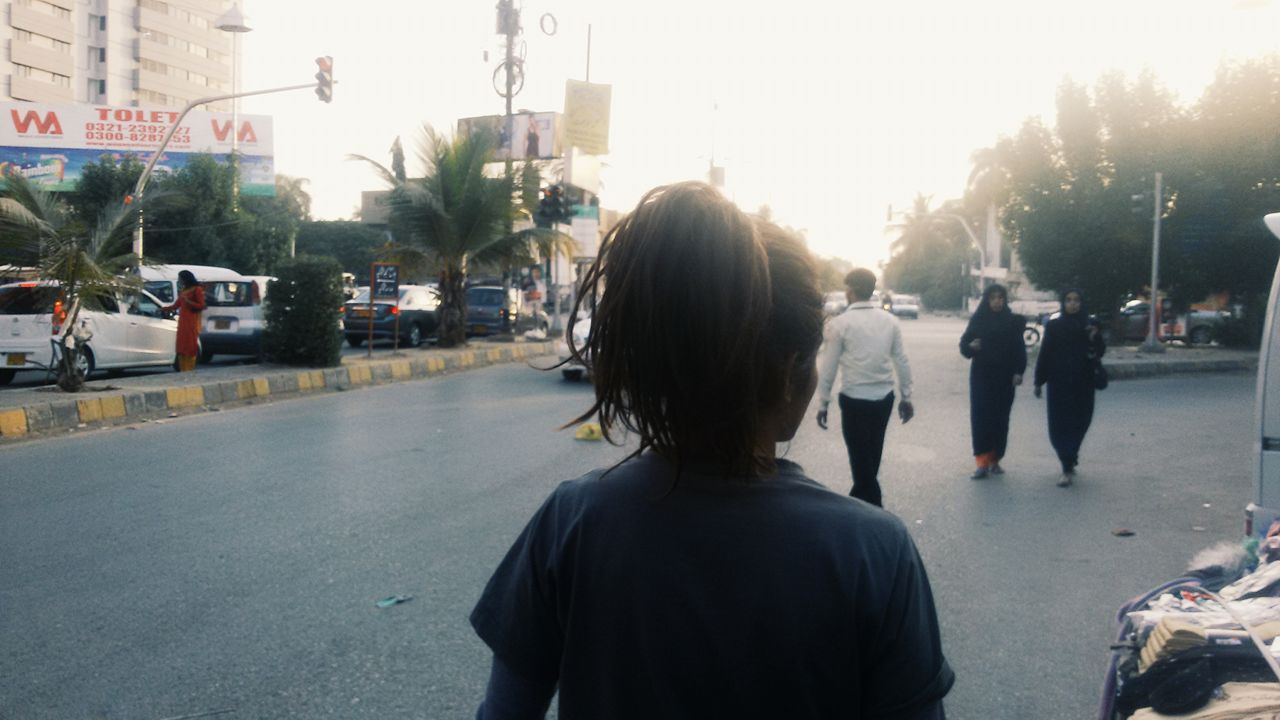 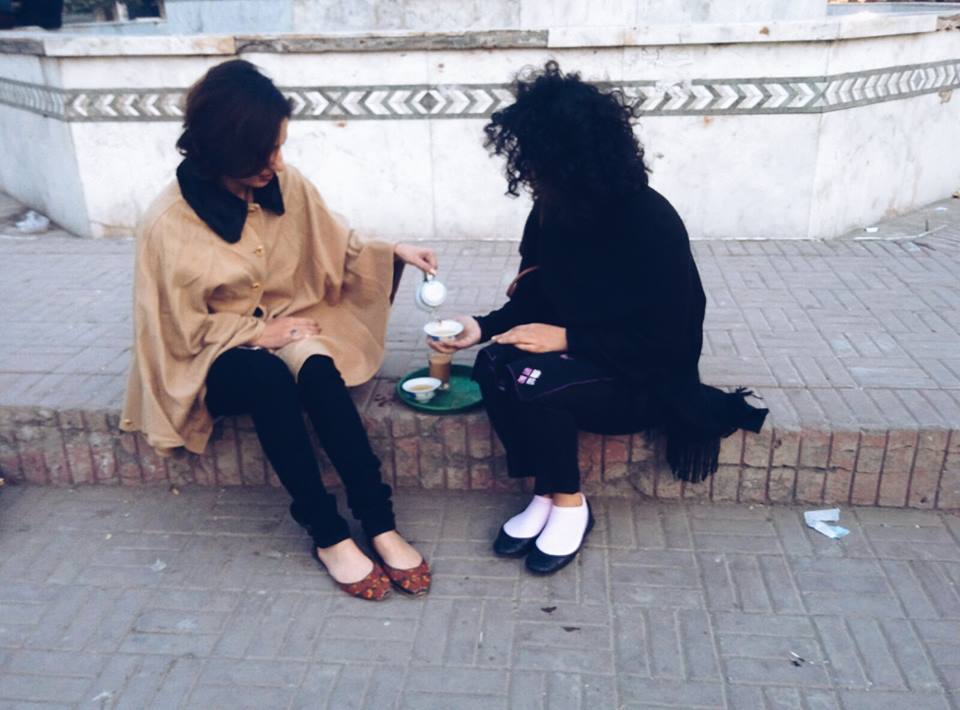 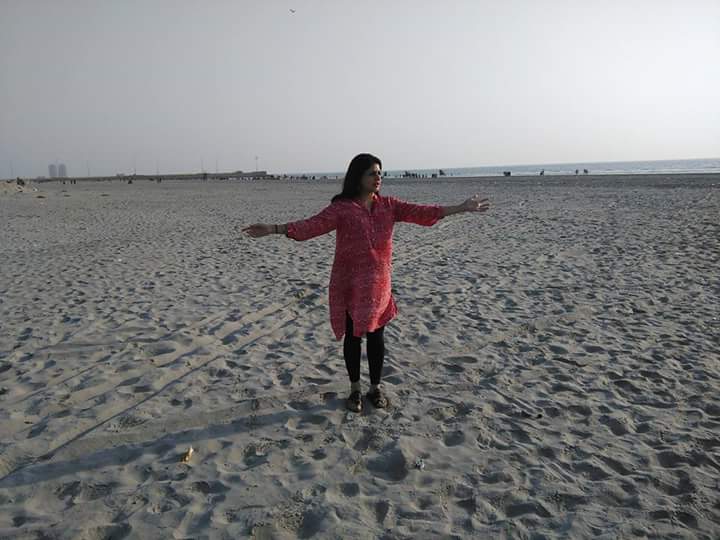 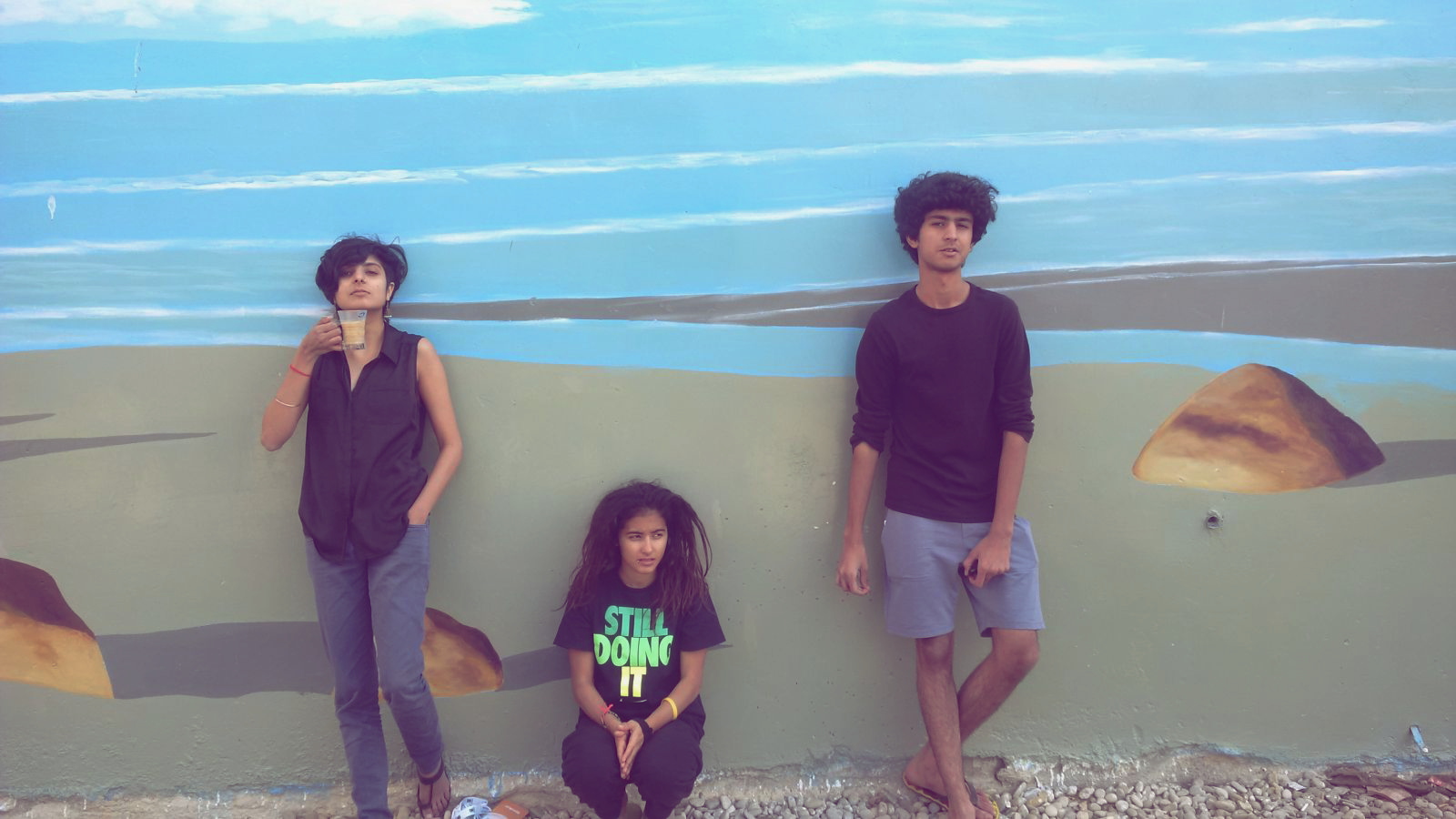 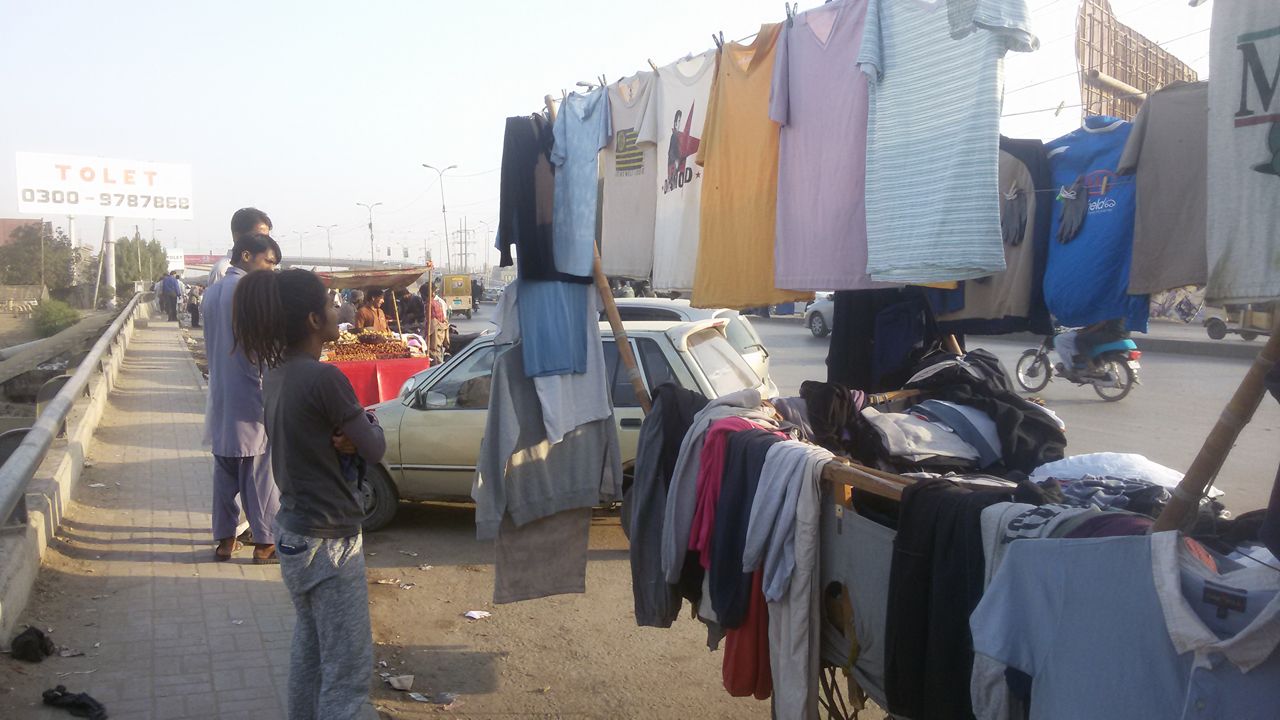