The first day of the new year started on an odd note for Delhiites. The usually unruly traffic in the national capital was nowhere to be seen and only cars with odd-numbered licence plates plied the roads. Public buses stuck to their lanes, the traffic police kept a close vigil at major junctions and citizen volunteers could be seen distributing roses to muster support for Delhi Chief Minister’s ambitious odd-even plan to reduce the horrendous levels of atmospheric pollution.

Congratulations Delhi. Haven't seen an even numbered car. The intent is there. the city will tackle pollution. It's upto us #OddEvenFormula

When the odd-even was announced in December, it was seen as a rather bold (though somewhat eccentric) measure by the Arvind Kejriwal-led Delhi government to control the lung-searing pollution. Critics said that it would not have any substantial effect since people would buy a second car or fake number plate to circumvent the restrictions. Others suggested that the understaffed police force would find it impossible to rein in the violators.

Friday’s experience showed that the city was eager to participate in the experiment  ‒ rest even though the real test won't come until Monday, when the city gets back to work again after the long weekend. However, Chief Minister Kejriwal seemed satisfied and quoted John Lennon to declare the plan a success.

Delhi has done it! Reports so far v encouraging. Delhiites! U give me hope that U are capable of achieving big challenges

Within the first 33 minutes of the plan being imposed at 8 am on January 1, the first challan was issued to a driver at ITO for violating the rules. By the time the clock struck eight again in the evening when the restrictions officially ended for the day, over 200 fines had been issued – a paltry figure given the city’s 25 lakh-strong car population.

The small number of fines on the day one could be attributed to lower traffic on a restricted public holiday or the understaffed police fleet but it’s also being seen as a sign that Delhi, more or less, gave its full support to the policy. From autorickshaw drivers to car-owners, many citizens expressed hope that the plan would work for long term as well. 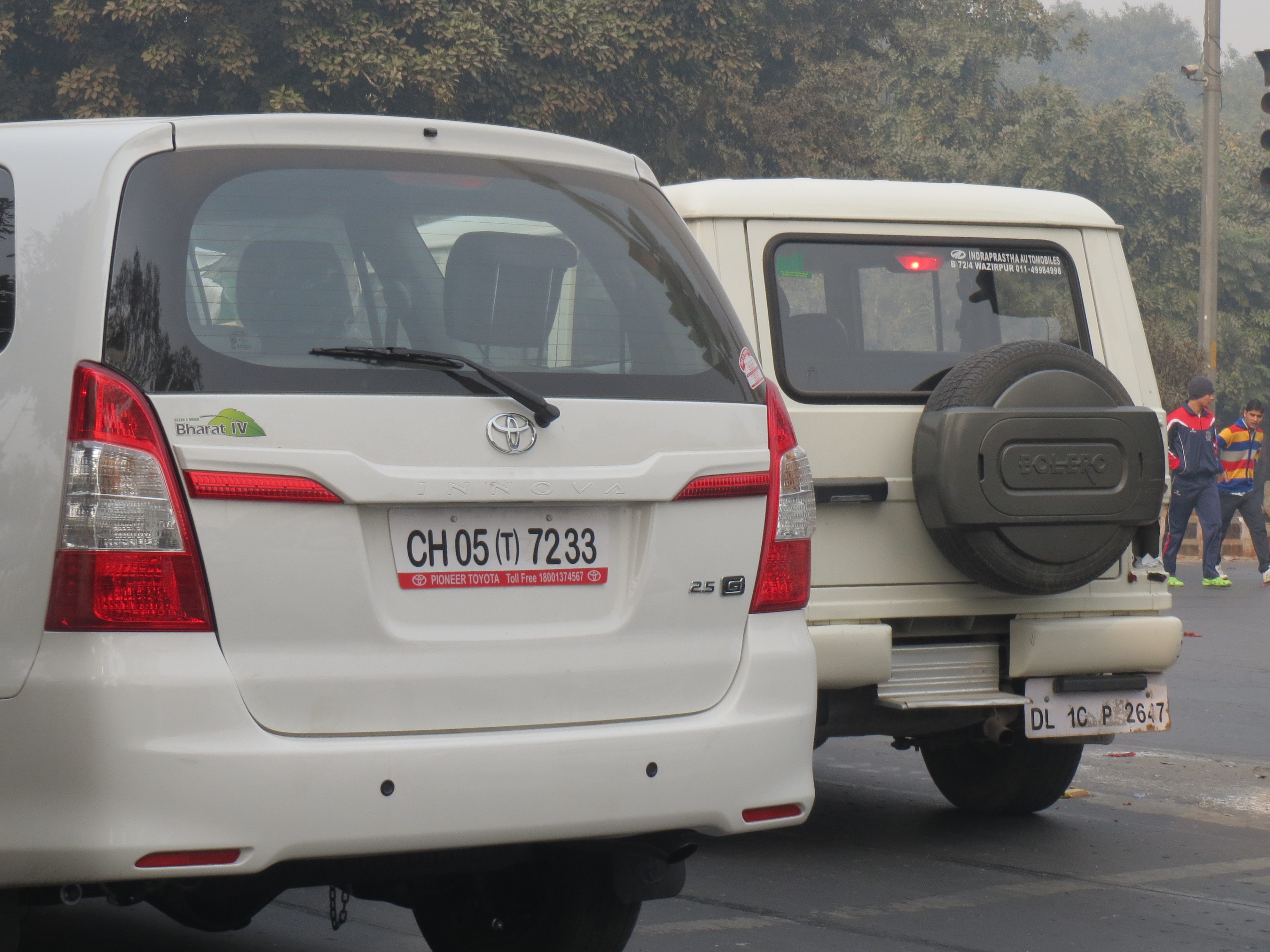 “This is the first time in ten years I have seen a plan like this being put in place,” said Shambhu Nath who has been driving his auto on Delhi roads for over a decade now. “It is a good step as it will reduce traffic congestion. Otherwise, in each kothi, people have four cars each, which are ten feet long, if they buy more and drive all of them on the roads then obviously there will be traffic jams and pollution.”

The capital’s pollution, caused largely by industrial and vehicular emissions, is so corrosive, it is estimated to kill at least 80 residents each day.

On Friday, even though almost half of the cars were off the roads, pollution levels have out mixed signals.  The levels of PM 10 and PM 2.5, which are present in vehicle exhaust, showed dips in three out of six monitoring stations in Delhi until 2 pm. But as the evening progressed, they began to rise, according to the Indian Express. Experts, meanwhile, noted that looking at just one day’s data to draw conclusions doesn't make sense.

Besides, Thursday night night was bad for air quality due to a lot of vehicle movement and firecrackers to mark New Year, said Gufran Beig, project director of Ministry of Earth Sciences’ air quality division. “This combined with a fall in temperature by at least 1.5 degrees Celsius from previous night elevated PM 2.5 level significantly,” he said. 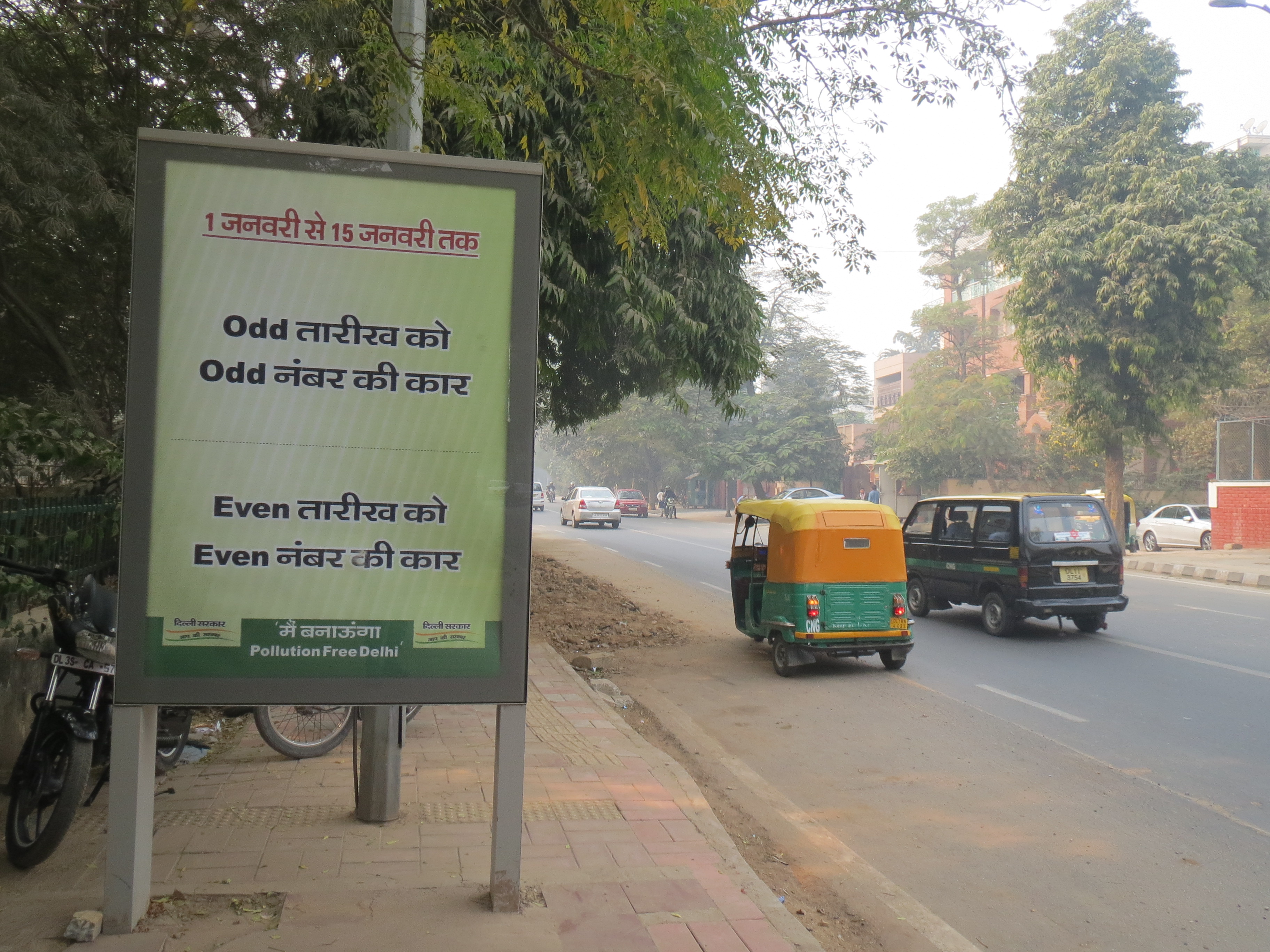 Even as pollution and congestion are yet to go through a sustained test, the positiveness around the policy doesn’t hurt as many car-owners reported reaching their destinations quicker than they usually would.

Delhi’s Connaught Place, however, was chaotic throughout the day as the crowds who flocked there to celebrate the new year reported that there were not enough autos or buses in the central area to take back home.

Adrija Chatterjee, a journalist in New Delhi, recounted her experience in a Facebook post, urging Kejriwal to make a visit to Connaught Place to study the problems with the plan.

“The Rajiv Chowk metro station is overflowing. Autos are either already occupied or have realised they are the only options for many even car owners,” she wrote adding how she saw women frantically looking for an auto to reach their destinations. “It is a mess. I know pollution is a concern and Kejriwal has thanked people for cooperating with him. But, he needs to really visit this area. Too many people, not too many vehicles.”

Many travelling from crowded hubs such as Connaught Place, South Extension and Hauz Khas reported seeing high surge rates on taxi hailing apps such as Ola and Uber. Customers paid two or three times the regular fare due to the high demand.

“The government will either have to introduce more cabs or be more friendly to cab companies,” said Shashi Sharma, an Uber driver plying from CP to Rohini. “They can’t shut us down one day and expect the companies to share responsibility for their ideas the very next day.”

Meanwhile, people who owned more than one car said that the exceptions built into the programme ‒ such as for women travelling alone ‒ would allow them to get away unaffected.  “We have two cars in the family and both cars will ply on all days,” said a 23-year-old communications professional in South Extension. “My sister will simply take the other car that’s not allowed on the respective day and my father will take the one which is allowed. If the plan has to work, restrictions should be limited. For all the government’s good intentions, women can’t be infantilised forever.”

Others said the lack of last-mile connectivity between public transport networks and people's homes and offices would undermine the plan.

With inputs from Anumeha Yadav.